Chiranjeevi may be late, but he is better and smarter than many young Telugu celebs in using 'it'

Chiranjeevi's contemporaries like Mohan Babu, Akkineni Nagarjuna and Venkatesh Daggubati have joined various social media channels long back and they often connect with their fans through them. The megastar's fans had been requesting him to join their league and connect with them every now and then. 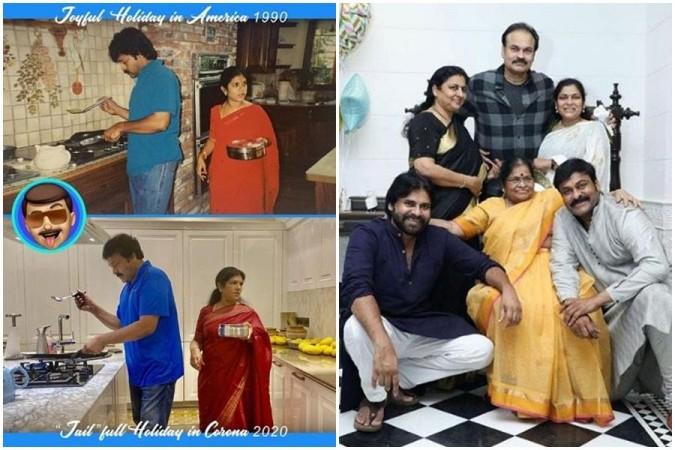 Finally, Chiranjeevi brought smiles on his fans' faces by creating his accounts on Instagram and Twitter on March 25 on the auspicious occasion of Ugadi. Without taking much time, the megastar became very active on his pages and took the lead in supporting the state and central governments in spreading awareness about the ongoing coronavirus pandemic.

Chiranjeevi was probably the first Tollywood celeb to sense the problems faced by the daily-wage workers of the Telugu film industry. The senior not only donated for their welfare, but also used social media to request his fans and colleagues to contribute for them. He was successful in raising a huge amount of money support the workers through his Corona Chrisis Charity.

Chiranjeevi donates his blood to fight against coronavirusTwitter

Besides, Chiranjeevi also appreciated and encouraged other celebs in spreading awareness about the COVID-19 and raising funds for the needy people. One can't deny the fact that he has been more aggressive and energetic than any young popular Telugu actor in tackling this situation. He even won praises from Prime Minister Narendra Modi for his activeness.

Social media channels have helped the celebrities to directly connect with their fans and share a sneak peek in to their professional and personal life. They have also helped them battle the fake news and rumours. But most of the Telugu celebs except a few like Allu Arjun and Mahesh Babu have used them for their professional life and they have very little space to talk about personal life. 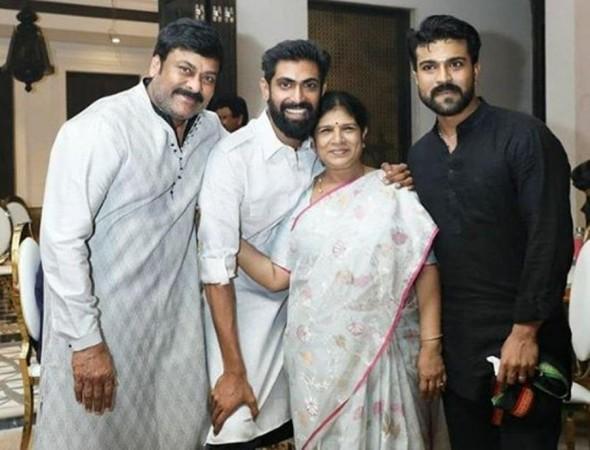 However, Chiranjeevi has proved to be different from his Tollywood colleagues. Be it a colleague's birthday or other special days likes Mother's day, the megastar has an exciting, never-seen-before photo or video to share with fans. Each of his posts has given goosebumps to his followers on both Twitter and Facebook.

We have heard from many young actors about Chiranjeevi calling them over phone and wishing them on their birthdays or wedding or showering praises for their performance in their movies. But now, we are getting to witness it on his social media accounts. He never misses a chance to wish or bless his colleagues. Many celebs are surprised and delighted to see his kind gesture, which is a rare thing to come from a senior like Chiru in any film industry of India. 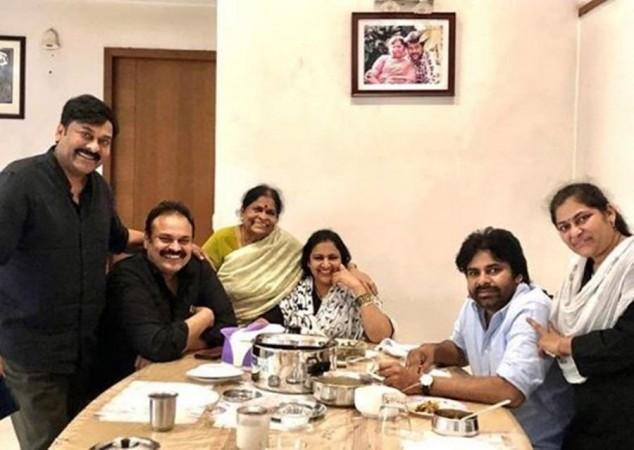 Better late than never! Thanks to Chiranjeevi. His participation on social media has really brought a new zeal to the Telugu film industry especially during lockdown, which has posed serious threat to the industry. The Coronavirus scare has completely disrupted the workflow of Tollywood and it is sure to lead to fight and argument, which we are already witnessing. Everyone is hoping that Chiru would handle the post lockdown situation in a similar way and create a healthy atmosphere in the industry.

Again, we shake hands with Carlos Tevez 🤝 He will give half a year's salary to the victims of the pandemic
Cesc Fabregas: for me, Messi is the best. He always wants to win
The return matches of the 1/8 final of the Champions League and 6 matches of the Europa League will be held at the stadiums of the host teams
Rivaldo: talking about VAR, Barcelona is trying to distract attention from the real problems of the club
Ribery about the robbery: the Fans and Florence to support me. Fiorentina forever!
Vinicius tested negative for the coronavirus. He will be able to play with Alaves
The tournament-the return of MLS-is still a failure. Spend in Florida (7-11 thousand cases per day), players are afraid of the virus and complain about food
Source https://www.ibtimes.co.in/chiranjeevi-may-be-late-he-better-smarter-many-young-telugu-celebs-using-it-820306

Pelosi on Protesters Tearing Down Statues: ‘People Will Do What They Do’

How Trump Is Ensuring That the Economy Will Not Recover

Esper, in House testimony, says he had not received a briefing referencing the word 'bounty'

Harley-Davidson cuts 500 jobs in latest round of layoffs

The appeal and futility of mask meltdown videos

What to know about Clare Crawley’s rumored ‘Bachelorette’ resort

3 men and 2 teens arrested in the murder of rapper Pop Smoke, police say

Rep. Zeldin: Elected officials should be building up support for law enforcement, not 'eroding it'

Why workplace diversity efforts are failing

Going to be 'hard for Trump to win': Billionaire Dem donor

Cases of broken heart syndrome have ticked upwards during pandemic

'Glee' star Naya Rivera, 33, missing after boating with son: What we know

Ziwe Fumudoh Asks: ‘How Many Black People Do You Know?’

The 9 Best Antibacterial Hand Soaps That Also Soothe Your Skin

Easily clean pets outside with this genius water hose attachment

US Sanctions Four Chinese Officials Over Abuses in Xinjiang