City Colleges faculty and staff threaten to strike if everyone isn’t allowed to work remotely this fall: ‘I can’t risk getting sick’ 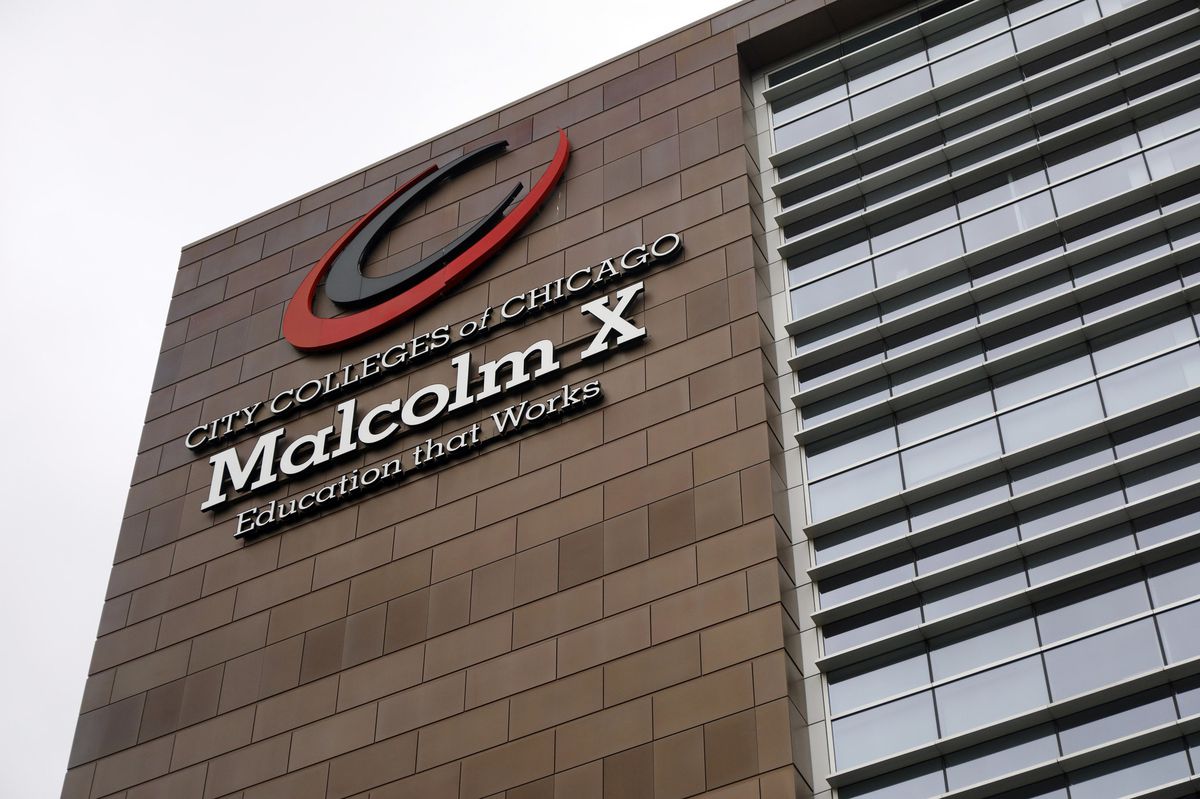 Faculty and staff at City Colleges of Chicago are threatening to hold their first strike in more than a decade if administrators don’t allow all employees to work from home when fall classes begin in late August.

While most instructors have been approved to teach remotely next semester, about 450 employees, including academic advisers and technological support and clerical staff, were required to return to campuses on Monday, according to unions representing those workers. Employees deemed essential by the community college network have been working in person since May despite the COVID-19 pandemic.

Tony Johnston, president of the Cook County College Teachers Union, said his members plan to hold an emergency meeting on Friday to discuss taking a vote of no confidence in the administration, a move that could potentially escalate into a safety-related strike.

“The simple truth is that our colleges, much like K-12 schools, were not made to deliver instruction and student services under these pandemic conditions,” Johnston said.

A spokeswoman for CCC, the state’s largest community college system with seven campuses, said in-person services are being offered because not all students can access technology from home.

Though more than 80% of classes are online for the fall, some students can benefit from face-to-face support during peak registration times, Katheryn Hayes said in an email. During such interactions, face coverings and social distancing are required, while Plexiglas barriers have been installed and facility cleaning has increased.

Campuses will also be “open as study centers with proper protections in place,” according to the CCC website.

Russha Maclin, who works in Olive-Harvey College’s academic advising office, said she went back to campus Monday even though she is a recent breast cancer survivor and particularly vulnerable to COVID-19. Maclin said she developed congestive heart failure as a result of chemotherapy last year, also putting her at increased risk.

Since returning, Maclin said she’s been disheartened by the cleaning protocols — shared surfaces and doorknobs aren’t being sanitized enough.

“When it comes to the common areas, I don’t have any control over that,” she said. “I just try to do the best that I can. But I can’t risk getting sick because if I get sick, I just don’t think that I am gonna make it. I just want to feel safe at work. I love my job. I love what I do.”

Delores Withers, president of the clerical workers union, said City Colleges must improve its reopening plan in order for staff to work safely on campus. She wants the colleges to provide employees with face shields, conduct temperature checks for anyone entering school buildings and install more Plexiglas barriers.

City Colleges faculty members last went on strike in 2004, and before that they also walked off the job in 1978. The 2004 strike was driven by disagreements over workload and class size and came amid regular contract negotiations.

Though current contracts have a no-strike provision, Johnston said CCCTU can authorize a work stoppage due to safety concerns and would be willing to defend that in court. CCC, on the other hand, maintains that “a strike would be unlawful under the Illinois Education Labor Relations Act and in violation of collective bargaining agreements.”

Conte on 4:3 with Fiorentina: impressed with Inter's attack. We didn't have enough balance, we paid for it
Zidane about 3:2 with Betis: real can get better and will. A difficult game, but we believed in winning until the end
Dest said goodbye to the Ajax players and will fly to Barcelona today (Gerard Romero)
Vidal made his debut for Inter in the match against Fiorentina
Barcelona will only consider Zinchenko if Firpo leaves
The referee after VAR for a foul on Jovic removed defender Betis Emerson
Lampard replaced Kepu, but got 0-3 from West Brom in the first half. Then Chelsea got together and gave a comeback of the weekend: only the pupils scored
Source https://www.chicagotribune.com/coronavirus/ct-covid-19-illinois-city-colleges-of-chicago-strike-20200806-sgwfiockqjdqrapljajffsbmw4-story.html#ed=rss_www.chicagotribune.com/arcio/rss/category/news/

Mets’ playoff dream officially over after loss to Nationals

Number of NYC schools with coronavirus-infected staffers rises to 150

Stream It Or Skip It: ‘Just Mercy’ on HBO, an Earnest Legal Drama Brought to Life by Michael B. Jordan and Jamie Foxx

Woman's epic reaction to 'spooky' ghostlike figure in TikTok video goes viral: 'What was that?'

Man gets prison for graffiti during community service

The fantasy baseball players who made or wrecked your season

Is There Room for Intuition in Business?

Who is Amy Coney Barrett, Trump's pick for the Supreme Court?

Amy Coney Barrett confirmation fight: Senate GOP has math on their side

Who is Amy Coney Barrett, Trump’s nominee to the Supreme Court?

These nine state counties could swing the election.

Man U, Chelsea leave it late on another wild day in the EPL

Thousands march in Washington to pray and show Trump support

Jessica Tarlov: Trump nominates Amy Coney Barrett for Supreme Court and Democrats must get to work

Lakers Vs. Nuggets Game 5 Live Stream: How To Watch The NBA Live on TNT

John Yoo: Amy Coney Barrett and Dems – Left will try to turn one of her greatest strengths into her weakness

North Carolina: An empty campus says a lot about the state of the race.

The U.S. reckoning on race, seen through other nations’ eyes

For conservatives, Barrett checks all the boxes.

Beware of Couples Challenge: You can end up as revenge-porn victim [Explained]

Prince fined bassist for mistakes and ‘cheated’ him out of millions, memoir reveals

Yankees bats go crazy in bounce back win over Marlins