Still off the Cleveland Indians active roster after needing to be quarantined due to a night out with his friends, starting pitcher Zach Plesac posted a lengthy Instagram video on Thursday explaining the matter from his point of view.

Over the course of six minutes, Plesac accused the media of embellishing his story, confirmed he spent the night hanging out with as many as eight friends and claimed what he did wasn’t irresponsible. He was clearly recording the video while driving with his seatbelt tucked behind his shoulder.

While lamenting media criticism of his conduct, he did not address the members of his team that have criticized the night out.

Zach Plesac blasts coverage of his night out with friends

Here’s the full video, which his caption claims is not an apology or a justification:

Plesac’s video begins with him saying he wanted to clear the air about his night out, then he goes on to blame the media for the perception of his night out:

“The media really is terrible, man. The media is terrible and they do some evil things to create stories and to make things sound better, makes things sound worse. Truthfully, I’m disgusted the way the media has handled this whole situation surrounding our team.”

After lamenting the media’s portrayal of his conduct, Plesac then confirmed pretty much everything that has been reported about his conduct.

Per The Athletic, Cleveland sent Plesac home and made him quarantine after learning he had broken protocol by going out with friends in Chicago on Saturday night. It was later revealed that he was joined by teammate Mike Clevinger, who was also forced to quarantine. Here is what Plesac said happened:

Out in Chicago, we played the White Sox. A couple days prior to leaving for this trip, the MLB came up with these new protocols that required a curfew and some other things that would keep us more isolated as baseball players and contain us more in a bubble-type sense. After my start, I went out to dinner with some buddies and we end up going back to his place, same group that we went to dinner with. We opened up baseball cards. Picked our top two dudes from each pack, we’re throwing bets down, just having a good time hanging out. We broke curfew, I came back late. I was reported by MLB security being out in public and coming back late to curfew. The president of baseball operations decided to quarantine me for three days, so that just in case I was exposed to COVID, it wouldn’t spread to the rest of the team. It was a great decision on his part. I rode a car service back to Cleveland and I quarantined for three days.

That’s more or less a confirmation of reports about his evening with some added details about what he and his friends were up to. Plesac said the night out was something he had to do:

Plesac then added that in his own research, he found that a group of 10 people or less is considered a “very safe gathering,” and that his group consisted of no more than eight people. However, MLB probably wouldn’t agree given that it is trying to enforce a bubble environment, because if every MLB player went out with eight friends each weekend, rampant coronavirus cases would be inevitable.

Plesac claimed to understand the dangers posed by the coronavirus and noted his little brother has Type 1 diabetes and his mother is a nurse. He fully admitted he broke protocol and accepted his punishment, but still insisted what he did was safe and that the media was overreacting:

The media has portrayed me and my best friend and teammate to be malicious with our actions when we were really — not justifying what we did, because we left the hotel, and according to new rules, we weren’t supposed to leave — but according to CDC and these guidelines with corona, we were practicing safe practices in a small group with people we know have been tested. We came back to our curfew late, which was 10 p.m., clearly been exposed as bad teammates, bad people and dragged across the mud. It’s hard to sit here and watch things shuffle out and people not knowing the truth.

Of course, what that rationalization ignores is the fact that much of the criticism of Plesac and Clevinger is coming from their own clubhouse. 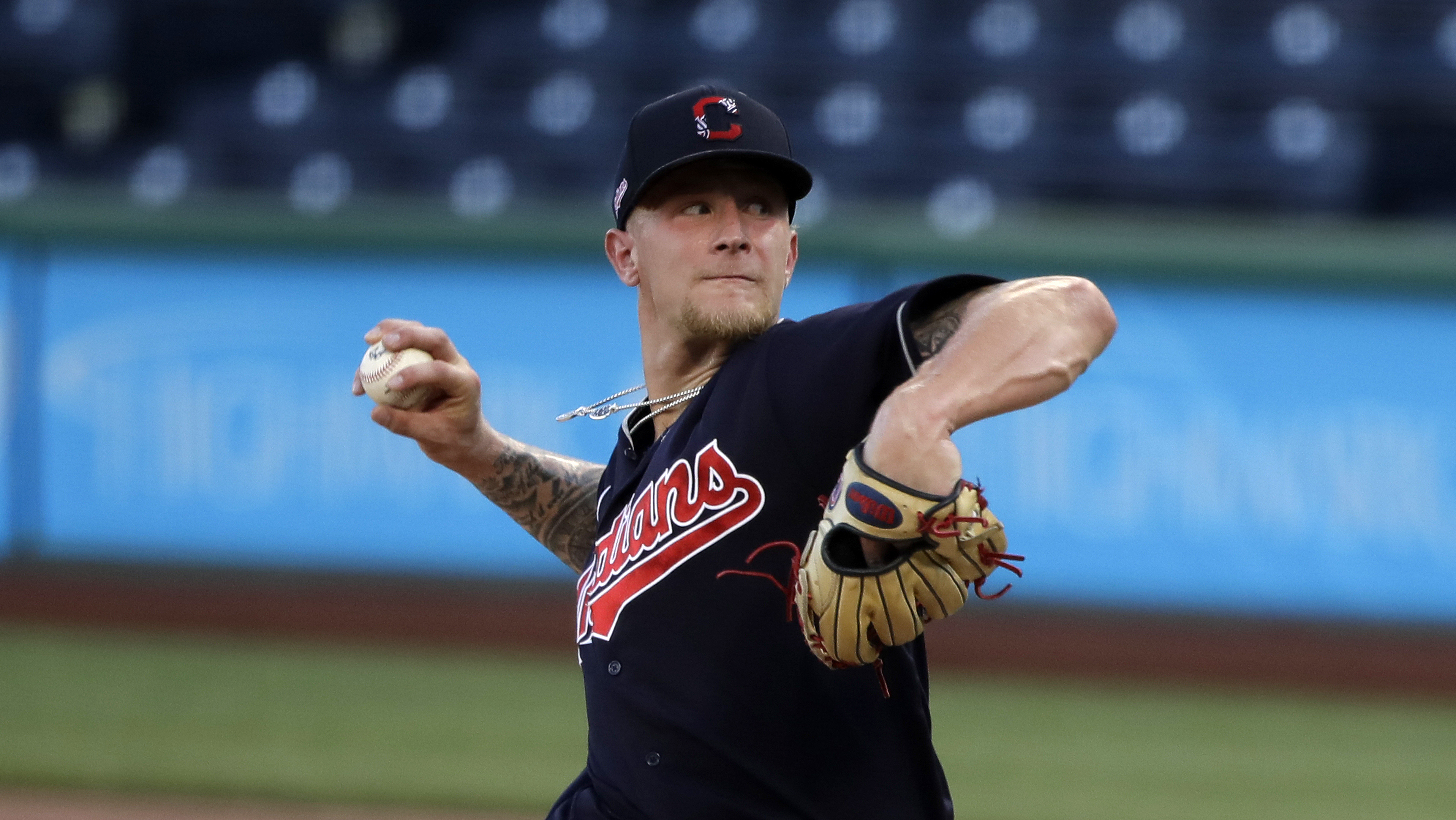 Indians teammate: ‘They lied to us’

After Plesac and Clevinger’s outing had been revealed, a number of their teammates commented on the situation. Some were clearly bothered by the news, especially given that fellow starting pitcher Carlos Carrasco was undergoing Leukemia treatment just last year and could still be immuno-compromised.

Pitcher Adam Plutko was the harshest critic, telling reporters that Plesac and Clevinger had lied to their teammates about the outing:

Adam Plutko on Mike Clevinger and Zach Plesac: "They hurt us bad. They lied to us. They sat here...and publicly said things they didn’t follow through on. ... I’ll let them sit here and tell you how they’re gonna earn our trust back. I don’t need to put words in their mouths.

Cleveland pitcher Shane Bieber added that he loves and supports Plesac, but “he screwed up.”

Star shortstop Francisco Lindor also spoke of the importance of selflessness as MLB tries to navigate a pandemic that is already wreaking havoc with its schedule.

Cleveland manager Terry Francona told reporters that events like the outing need to be avoided in the future:

I still think as a group our guys have done an extremely good job, and they’ve been very conscientious. This one kinda hurts. And we talked about it as a team, even today. We’ll deal with it like we always do. We care about each other. It doesn’t mean you don’t get disappointed with each other or even mad at each other sometimes. But what I care about is making it better. Not being vindictive, just trying to figure out how we make this better so it doesn’t happen again. The players will have a lot to say about this. Taking ownership of what we’re doing is really important.

More from Yahoo Sports:
MLB star ejected from game — while sitting in the stands
Jets QB Sam Darnold ate better this offseason, which meant 'not having In-N-Out every single day'
Joe Kelly unloads on 'snitching' Astros: 'Everyone knows they're cheaters'

Barcelona's Interest in Isak Increased after Koeman's appointment. Larsson has a high opinion of the player (Mundo Seportivo)
Manuel Pellegrini: When you play against Real Madrid and var, it's too much
PSV and Porto are Interested in Barcelona midfielder PUC. He doesn't want to leave the club
Puyol about Barcelona: If we want to win the championship, we need to perform very well
Schalke sacked Wagner. The team has not won the Bundesliga since January
Iacini on 3:4 with Inter: Even a draw would be an unfair result, given how many chances Fiorentina created
Ramos Pro 3:2 with Betis: the Referee tried his best and didn't do anything intentionally
Source https://www.aol.com/article/news/2020/08/14/cleveland-pitcher-zach-plesac-confirms-he-ignored-covid-19-protocols-claims-media-coverage-has-been-evil/24590178/

Breonna Taylor's death shocked the nation. In Louisville, many Black people are far from surprised

With Wilpons Set to Cede Control, the Mets End an Era of What-Ifs

Media reaction to Barrett's Supreme Court nomination is 'the same all around': Joe Concha

Food Insecurity In The U.S. By The Numbers

Bruce Springsteen hits the Hamptons, shows off cut physique at 71

California's Transgender Inmates To Be Assigned By Gender Identity

Pelosi says questions on Barrett's Catholicism off limits: 'Doesn’t matter what her faith is'

Dwayne Johnson endorses Biden and Harris. Why the Rock's video shouldn't surprise us

Biden Urges G.O.P. Not to Rush Court Appointment, Calling It ‘Abuse of Power’

Grocery Stores Starting to Stockpile for a Second Coronavirus Surge

Manchin Voices Opposition To Increasing the Expanding the Supreme Court

100 Arrested During Unauthorized and ‘Unruly’ Car Rally in Maryland

A bike ride for justice: ‘We all have to work together for peace in this city’

Two of-the-Moment Monologues and a Multitude of Karens

The Norman Rockwell Museum wants you to vote, and recruited top illustrators to inspire you

How Could Voter Suppression Affect the Presidential Election? Look at Georgia

Woman Charged With Attempted Murder After Driving Into Pro-Trump Protesters

Why Voting in This U.S. Election Will Not Be Equal

Opposition To Barrett Is Not Anti-Catholic. It Is Anti-Extremist And Anti-Fundamentalist.

A new BTS album 'Be' is coming in November. Let the pre-order countdown begin

NYPD cops charge at group of protesters and diners, arresting people on sidewalk