Diab also tagged commissioner Roger Goodell and the NFLPA on Twitter for “lying” about Kaepernick’s status.

Colin Kaepernick and Nessa Diab attend the TIME 100 Gala, celebrating the 100 most influential people in the world, at Frederick P. Rose Hall, Jazz at Lincoln Center on Tuesday, April 25, 2017, in New York. (Photo by Charles Sykes/Invision/AP)

Former NFL quarterback and social justice activist Colin Kaepernick poses with guests after receiving the Amnesty International Ambassador of Conscience Award for 2018 in Amsterdam, Saturday April 21, 2018. Kaepernick became a controversial figure when refusing to stand for the national anthem, instead he knelt to protest racial inequality and police brutality. (AP Photo/Peter Dejong)

Former NFL quarterback and social justice activist Colin Kaepernick poses with guests after receiving the Amnesty International Ambassador of Conscience Award for 2018 in Amsterdam, Saturday April 21, 2018. Kaepernick became a controversial figure when refusing to stand for the national anthem, instead he knelt to protest racial inequality and police brutality. (AP Photo/Peter Dejong)

Colin Kaepernick, right, and his mother Teresa Kaepernick arrive at the 3rd annual "Dear Mama: A Love Letter to Moms" at The Theatre at Ace Hotel on Thursday, May 3, 2018, in Los Angeles. (Photo by Chris Pizzello/Invision/AP)

Colin Kaepernick, right, and Nessa attend The Metropolitan Museum of Art's Costume Institute benefit gala celebrating the opening of the "Camp: Notes on Fashion" exhibition on Monday, May 6, 2019, in New York. (Photo by Evan Agostini/Invision/AP)

Colin Kaepernick reacts after watching Naomi Osaka, of Japan, defeat Magda Linette, of Poland during the second round of the US Open tennis championships Thursday, Aug. 29, 2019, in New York. (AP Photo/Eduardo Munoz Alvarez)

Kaepernick hasn’t played in the NFL since 2016 when he was 29. He completed 59.2 percent of his passes that season for the 49ers, tallying 2,241 yards with 16 touchdowns and four interceptions in 12 games. He quarterbacked the 49ers to the Super Bowl after the 2012 season, where they lost to the Baltimore Ravens, 34-31.

Kaepernick hasn’t found a job since opting for free agency in 2016 as attention around the quarterback shifted from his football status to his protests against social injustice and police brutality. 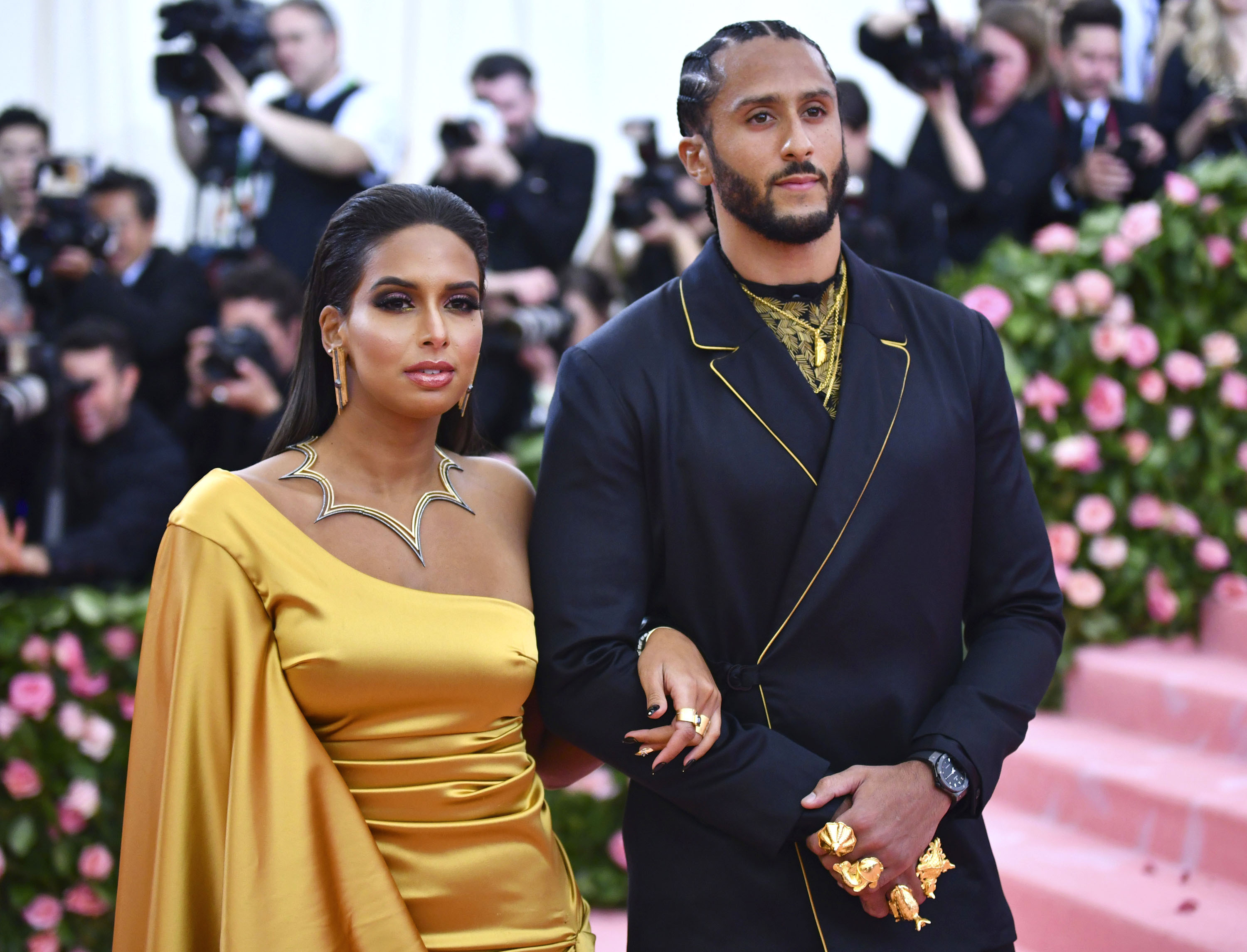 Kaepernick filed and later settled a grievance against the NFL, accusing teams of colluding to keep him out of the league as political pressure mounted from as high as President Donald Trump’s White House against his protests.

He remained without an NFL job after the settlement and held a private workout for NFL teams last fall in Atlanta. No teams signed Kaepernick to a deal as the league came under fire while notable NFL failures like Nathan Peterman and Blaine Gabbert continued to find employment.

Kaepernick remains without a job but has not announced his retirement.

More from Yahoo Sports:
Report: Dolphins fired their OC because his Patriots-style offense was too complex for young players
Cam Newton — still seeking work — shows off arm, footwork in workout videos
Rob Gronkowski reveals how much weight he lost, how close he is to putting it back on

The transfer window in France will open on June 8
Flamengo extended the contract with head coach Jesus for 1 year
Bashkirov about life without a driver's license: he Loved Cycling. I will buy a highway and go on vacation to St. Petersburg, it is 1500 km
Angel Di Maria: I'm Glad I didn't move to Barca in 2017. I am happy at PSG
The wife of a Serbian from galaxy called for shooting rioters
Modric on how Mourinho criticised Ronaldo: Cristiano almost cried at half-time
Giorgio Chiellini: I came close to leaving Juve twice: to Real Madrid in 2010 and to Manchester City in 2011
Source https://www.aol.com/article/news/2020/05/23/colin-kaepernicks-girlfriend-nessa-diab-blasts-nfl-for-listing-quarterback-as-retired/24398585/

Kylie Jenner on the Black Lives Matter movement and the

John Elway ‘not going to stay on the sidelines’ in fight vs. racism

Virat and Anushka to divorce as #VirushkaDivorce trends? Here's the truth

Meera Chopra on abusive Junior NTR fans: ''These people should not be left free to do crimes on women'

Japan advocate for daughter, others abducted to NKorea dies

Surfers honor George Floyd in ‘paddle out’ held around world

By the numbers: Trump reads economic boom into jobs data

Realtor of the Week: Matson a top Realtor focusing on Spring area

Bill Maher: 'Reckless' lockdowns helped fuel riots, could lead to 'blood in the streets' after election

Prince William has been secretly volunteering for a mental crisis hotline

Protesters gather to remember Breonna Taylor on her birthday

George Floyd protests unfold across the US for 11th consecutive night

Some N.Y.C. Protests Ended Quietly. Others Ended in Arrests.

Is the US still the world's moral leader? Not after what Trump just did this week

Trump's response to protests knocked the US off its moral soapbox

Why Statecraft is Still Soulcraft

In Praise of Hunting, Especially Today

Twitter CEO: 'Not true' that removing Trump campaign video was illegal, as president has claimed

Mahika Sharma on World Environment Day: Innocent rhinos are paying their life for their god-gifted one horn

Kevin Durant officially ends hope of Nets return: ‘My season is over’

Wodeyars of Mysore: The only royal family that ruled over a kingdom for 500 years

Drew Brees Kicks Back Hard At Donald Trump; NFL QB Says “We Are At A Critical Juncture In Our Nation’s History” After George Floyd Death & Protests – Update

‘Brick and mortar to brick and order:’ One Rockville retailer’s reopening strategy

Facebook Will Review Policies On Posts About State Violence, Voting

David Geffen zeroes in on the Wasserman estate in Beverly Hills