Cynthia Erivo to star as Blue Fairy in live-action ‘Pinocchio’

Cynthia Erivo has been tapped to star in Disney’s live-action Pinocchio, directed by Robert Zemeckis and based on the 1940 animated classic.

The actress will play the Blue Fairy, a magical being who transforms Pinocchio into a real boy, per TheWrap. Benjamin Evan Ainsworth is voicing Pinocchio, Joseph Gordon-Levitt is Jiminy Cricket, Keegan-Michael Key will voice Honest John and Lorraine Bracco will voice the new character Sofia the Seagull. Tom Hanks is playing Geppetto, with Luke Evans playing The Coachman.

Zemeckis is also producing the project, which will debut on Disney+.

Meanwhile, Erivo will next star in the NatGeo’s Genius, in which she portrays late soul singer Aretha Franklin. 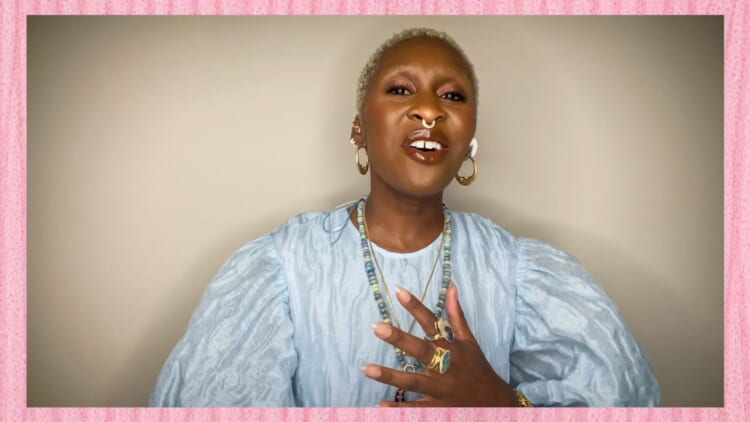 The eight-part series will premiere over four consecutive nights, beginning Memorial Day, Monday, May 25, and will explore Franklin’s artistry and musical career.

“Aretha Franklin has been a source of inspiration for me since I was a little girl,” Erivo said in a statement, theGRIO reported. “Her strength, passion and soul are evident in her everlasting legacy, not only as a transcendent artist, but as a humanitarian and civil rights icon. To have the opportunity to bring her legacy to life and show the fullness of her being, her humanity and brilliance, is an honor. What I know and have learned about what my voice, as an artist, can do and the power in it has been highly influenced by Franklin. I feel privileged and excited to be a part of the sharing of her genius.”

Erivo previously spoke about taking on the Franklin role amid a wave of criticism over a non-Black American playing the cultural icon. The Nigerian-born actress was raised in the U.K., and many foundational Black Americans have objected to her casting.

In a statement, the Harriet star said, “Over the last few months, I’ve been preparing myself to embody the Queen of Soul, from relistening to her music to discovering her rare interviews and reading some amazing books on her — all to really capture Aretha’s attitude and spirit.”

Erivo added, “I’m truly humbled to be working alongside a very talented and musical team. Together, we’ll serve the Queen and create something special.”

In an interview with NME, Erivo said Franklin is “part of the tapestry of the voice I have.”

“The music I’ve learned and the performances I’ve done, she inspired a lot of it. She’s one of my heroes and I hope I can do justice to her achievements,” she said.

On Tuesday, it was announced that Erivo will be starring in the upcoming Apple TV+ series Roar. Additionally, Her debut album drops this summer and Erivo has penned a children’s book set for release on Sept. 28.

Have you subscribed to theGrio’s “Dear Culture” podcast? Download our newest episodes now!

Real Madrid and Modric have agreed on a one-year contract extension. The player agreed to a salary reduction
Roma reached the 1/2 final of the UEFA Cup/Europa League for the first time since 1991
Contrast before the whistle in Prague: Slavia players lined up in front of a kneeling Arsenal
Unai Emery: I am used to matches against my former clubs, so the games with Arsenal are not something new
I drink beer, champagne, red wine. I eat cheese and caviar. Figo about watching football
Figo about Messi and Ronaldo: Truffles with caviar is difficult to compare
Pogba on the substitution at half-time: They tried to provoke me for the 2nd yellow card. The coach decided that it would be better if I left the field before the red

Ex-Yankee Adam Ottavino off to awful start for Red Sox

How the Kremlin provides a safe harbor for ransomware

Head of Tokyo Olympics again says games will not be canceled

California woman says she drowned children to protect them

NFT prices are plummeting. What could this mean for the art world?

MLS 2021: Austin FC built in pandemic and ready to play

Multiple people with gunshot wounds after shooting at FedEx facility

The Latest: Duterte: ‘Worst’ to come before vaccines arrive

Covid test must for Karnataka pilgrims returning from Kumbh

Gaetz and DeSantis: A friendship that may become a liability

US says Russia was given Trump campaign polling data in 2016

Don Lemon claims CNN ratings dive due to Trump absence worth it, 'better for the world' he isn't POTUS

Podcast helped in hunt for 1996 killer of California student

'Multiple victims' in shooting at FedEx facility in Indianapolis: reports

Joe Biden stands down at a critical juncture for police reform

Ingraham: John Kerry will embarrass the United States with China

China ramps up vaccination drive with free eggs, other goods

Rich nations had vaccine options after AstraZeneca and J&J faced clot reports. Others may not have that luxury

Analysis: A political scandal is swirling in Britain. But Boris Johnson is unlikely to drain the swamp

A political scandal is swirling in Britain. But Boris Johnson is unlikely to drain the swamp

The U.S. Expels Russian Diplomats and Imposes Sanctions Over a Hacking Attack

Dwight Macdonald: Disturber of the Peace

Reimagining My Geography of Consumption