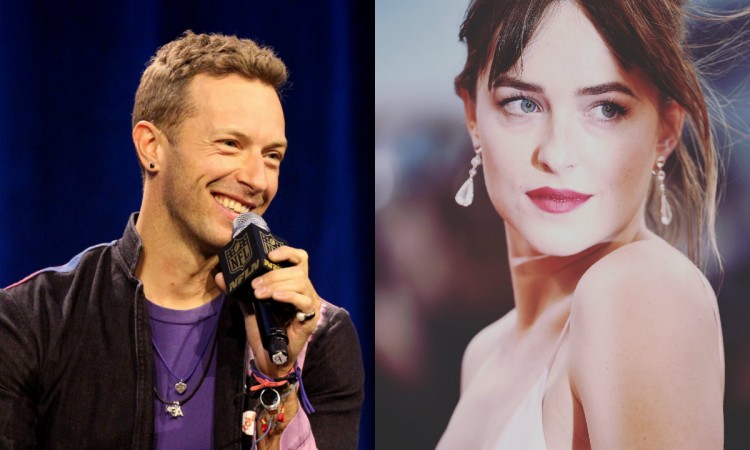 Fifty Shades of Grey movie star Dakota Johnson's private life is again in the news. In the past, her name was allegedly linked with her co-star Jamie Dornan and now, there are reports that the Susperia movie star is engaged with Coldplay frontman Chris Martin.

According to a report by Life & Style, both Dakota and Chris got the infinity symbols tattooed on their arms and the actress "wasn't worried" to get them because she reportedly has no doubts about their love for one another. The tabloid further asserted that Dakota and Chris' engagement is reportedly a secret.

An alleged source told the magazine that Martin is worried that Gwyneth Paltrow, his ex-wife, is going to "freak to when she finds out." [sic] The so-called source added that the couple has been "looking at a variety of venues... and love the idea of a barefoot beach wedding in Malibu."

Gossip Cop debunked the reports about Dakota and Chris getting secretly engaged on the grounds that there was mention of how, when or where Chris Martin proposed to Dakota Johnson. The outlet even reached out to a representative of Dakota Johnson who "didn't believe there was any truth to the tabloid's story." 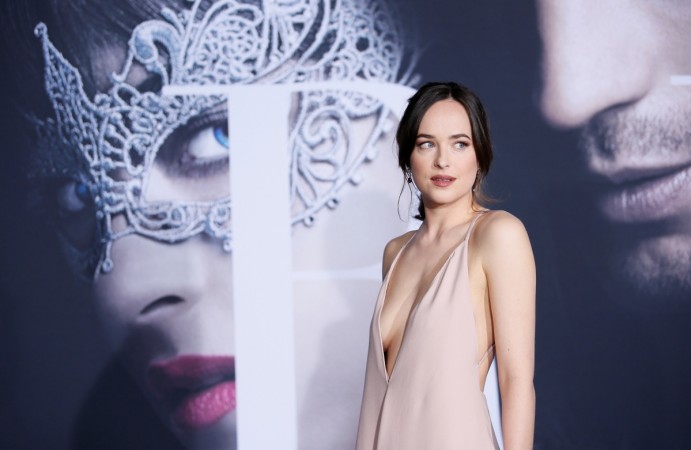 After a lot of speculations about their dating lives, it was confirmed back in December 2017 that Dakota and Chris are officially dating. During that time, they both were spotted flying out of Charles de Gaulle Airport after spending some quality time together in Paris. Ever since then, they both have maintained a low-profile about their personal lives. However, things between them accelerated in June 2018, when it was reported that they both are spending a lot of time together.

"Chris lives in Malibu and Dakota seems to love hanging out there. They occasionally go for dinner with friends, but mostly have friends over at home. They go to the beach together and walks around the neighborhood. They seem to enjoy sharing a quiet life. It does seem they are getting more serious," a source told People.

In addition to this, Johnson's mother, Melanie Griffith, also talked about her daughter's relationship and stated that "she is very private about her life and I respect that."

As of now, Dakota Johnson and Chris Martin are in their respective projects.

Setien Pro Champions League: the Game with Napoli is key. It is fair that Barcelona play at home
Nani: As children, we were starving, and there were rats and lizards running around the house. I realized that God wants me to help my family by becoming a football player
Real Madrid will consider proposals for Jovic. The option of selling is not excluded
Mikel Arteta: Mourinho was invited to make Tottenham the winning team
Failure of the VAR in the last English tour: on Thursday, all three decisions on penalties were recognized as mistakes
Zlatan Ibrahimovic: This is not my Milan. The club's ambitions are not what they used to be
Liverpool will only try to buy Tiago if one of the key players leaves
Source https://www.ibtimes.co.in/dakota-johnson-chris-martin-engaged-heres-truth-780711

On the roster: Biden battles Trump for Rust Belt backers

Trump tries to woo Latino voters, but some see an empty gesture

Australia was a coronavirus success story. Now, an outbreak is prompting new lockdowns.

Usain Bolt only works out when he starts ‘putting on weight’

‘The Old Guard’ Director Gina Prince-Bythewood On Being The First Black Woman To Tackle A Big-Budget Comic Book Movie: “I Wanted My Shot” – Deadline Q&A

Detroit will open schools this Monday

Americans Are the Victims of Trump’s Delusional COVID-19 Response

Review: 'Little Voice' is a pop song in the form of a TV show. You've been warned

Trump: Calls to defund the police are a 'fad'

Silver Spring man feeds thousands of neighbors during the pandemic

5 simple steps to increase your credit score in 30 days

‘You get made fun of’: Trump campaign office shuns masks, social distancing

4 children killed in Indiana after semitrailer slammed into their car

WHO Official: Coronavirus Probably Can’t Be Eliminated Under Current Conditions

Why Do People Hate Amal Clooney And Why So Many Conspiracy Theories About Her?

Florida Gov. Ron DeSantis says if Walmart is open, schools should be too

Singles share their rules for getting frisky after coronavirus lockdown

Lou Holtz rails against canceling college sports: ‘What has happened to our way of life?’

Britain Offers a Plan for Jobs, but Braces for a Wave of Layoffs