Way before Priyanka Chopra, Deepika Padukone represented Indian actors in the global platform, it was Dev Patel who made Indians proud with his performance in Oscar-winning film such as Slumdog Millionaire, and much later with his nominee in Lion. The 2019 film, The Personal History of David Copperfield", featuring Dev Patel in the pivotal role is all set to release in Indian theatres on December 11. 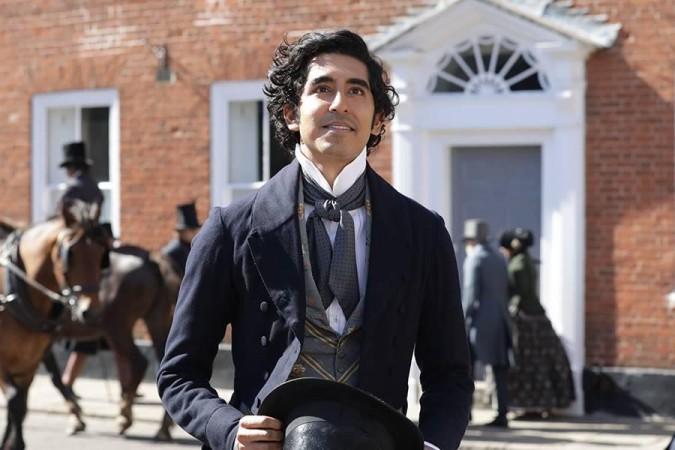 December is the phase when all cinema halls are expected to reopen in India since the lockdown in March. The film is based on the 1850 literary classic David Copperfield which was written by English author Charles Dickens.

Apart from the "The Man Who Knew Infinity" actor, the film will also feature Hugh Laurie, Tilda Swinton, Ben Whishaw and Benedict Wong.

The comedy-drama revolves around Charles Dickens iconic child hero, setting sail on a path where he experiences a transitioning phase from being a penniless orphan to a flourishing victorian writer, his colourful experiences eventually translating onto his works.

This isn't the first time the written work of David Copperfield has been adapted on screen. In the year 1999, BBC had adapted the book into a television film starring Daniel Radcliffe as young David Copperfield. It was one of his early works before he gained international stardom for his role as Harry Potter in JK Rowling's franchise.

Apart from  'The Personal History of David Copperfield' December 2020 is all set to witness various long-awaited films such as Christopher Nolan's directorial Tenet, which will cast Indian actor Dimple Kapadia. Gal Gadot starrer Wonder Woman 2, which had been the saving grace of the DC Comics franchise.

Brother Chalova moved to the Serbian Subotica
Barcelona will not sign Garcia in the winter due to financial problems
Rodgers on the draw with Everton: It was unlucky that Leicester did not score the second goal
Ancelotti on 1-1 with Leicester: I don't remember Hames scoring with a right before
Andrea Pirlo: In my 1st season at Juve, we were behind Milan, but we took the title. Everything depends on us
The judge made two mistakes. De Gea was pushed and there was no foul on our cancelled-out goal. Solskjaer on the loss to Sheffield
Maguire on the defeat to Sheffield Wednesday: We gave the opponent two goals, we didn't play at the level we expected
Source https://www.ibtimes.co.in/dev-patels-personal-history-david-copperfield-gets-theatrical-release-india-dec-11-830756

Seton Hall blows big lead in loss to No. 17 Creighton

Cloris Leachman: A look back at her biggest roles, from 'Young Frankenstein' to 'The Mary Tyler Moore Show'

Texas AG Paxton on court win against Biden's 100-day deportation freeze: 'No one's above the law'

Whitmer pleads with Michigan lawmakers to find common ground amid the pandemic.

‘Riverdale’ Revealed The Auteur’s Identity… But That’s Not All

‘The Masked Dancer’ Reveals Identity of the Hammerhead: Here’s the Celebrity Under the Mask

Hank Aaron makes one last trip to spot where he hit No. 715

Nicole Kidman talks Lucille Ball casting, says she’s going to 'try' her 'best': 'See if I can do it'

CPS cancels in-person classes again Thursday; Board of Ed president says another strike by Chicago teachers ‘would be devastating’

Kansas to shut down unemployment system to deal with fraud

Japan may need a miracle to pull off the Summer Olympics

Man charged with murder cut boyfriend with box cutter in fight over sex, then called 911 to say someone had broken into his apartment, prosecutors say

Pulling off Tokyo 2020 will be a logistical nightmare ... and the clock is ticking

McConnell Was Done With Trump. His Party Said Not So Fast.

Manaus is collapsing again. Is a new coronavirus variant to blame?

Ranking the 15 most fun athletes in sports

Shrill To End With Upcoming Season 3 on Hulu

Opinion | Congress Bows to the Pen and Phone

Oklahoma 8-year-old expelled after telling another girl she had a crush on her: report

Exclusive: Mark Zuckerberg is creating a new criminal justice reform group in an overhaul of his political operation

In duel with small investors over GameStop, big funds blink

Amazon wants to hire 3,000 workers destined for areas related to programming, finance and among others

The Latest: Colombia bans flights from Brazil due to variant

'We must speak truth to fascism'

Feds rushing to find leads on person who put bombs outside RNC and DNC buildings, and worry they'll strike again

Biden plans to reopen Obamacare exchanges in many states.

I regret the dumb stuff I bought during the pandemic

Woman sells Bernie doll for over $20K, donates to charity

McCarthy to House Republicans: "Cut this crap out"

‘This is going to be quite a show’: Biden’s arms control team eyes nuclear policy overhaul

Only half of Covid-19 vaccines delivered to states have been used, CDC data shows. Here's one reason why