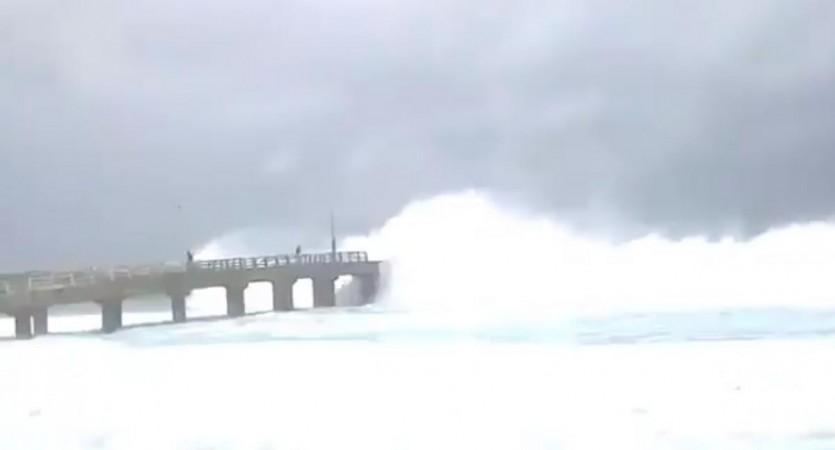 As heavy rains lashed parts of Mumbai, citizens took to social media to share their ordeals pertaining to water-logging and disruption of various services. At the same time, a video of a bridge getting engulfed in strong tidal waves is doing the rounds on the Internet as Mumbai's Bandra-Worli Sea Link getting submerged.

In the clip that has now gone viral, two individuals can be seen on the bridge trying to escape the high tide. While one runs back after seeing the rising tide but seems to be swept away, the second person who is on a two-wheeler drives away quickly.

"I hope the 2nd guy who was walking so slowly on that bridge is alive! He shouldn't have been there. That was a scary wave. Anybody got the full story? Worli sea face?" wrote a Twitter user, sharing the footage. The clip, so far, has garnered more than 14,000 views.

The footage, which apparently makes an appearance every year during monsoon, has nothing to do with the iconic Bandra-Worli Sea Link, as claimed by a section of the netizens.

A reverse image search of a screengrab from the video reveals that it is actually from Minicoy island in Lakshwadeep and was uploaded on YouTube in 2017 with a caption - "Minicoy Eastern Jetty, Rough Seas".

Besides, the clip itself has several clues which are enough to debunk the claim. For instance, the footage shows two individuals on the bridge, one on foot and another on what appears to be a motorcycle. But, as per the rules, pedestrians, two-wheelers and three-wheelers are not allowed on the Bandra-Worli Sea Link.

Secondly, Mumbai's famous sea link has huge pillars and is suspended by tall white cables, unlike the bridge in the footage which is held upright from the ground. Any Mumbaikar will easily point out that it is not the sea-bridge that connects Bandra in the west of Mumbai to Worli in the southern part of the city. 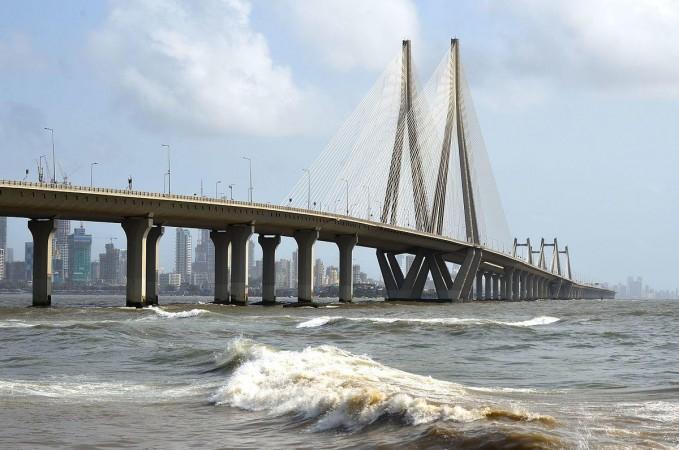 Therefore, it can be concluded that the video which is being shared as Bandra-Worli Sea Link getting consumed by high tides amid intermittent rain is false.

Aston Villa bought winger Lyon Traore for 17 + 2 million pounds
Genoa have leased Zappacosta from Chelsea and Piazza from Juve
A Lebanese football player has died after being shot in the head. It was held near the funeral where shots were fired in the air
Arteta on Barca and Inter's Interest in Aubameyang: Arsenal are as big a club as they are
Aguero may miss another 1-2 months due to injury
Liverpool will buy Jota for 41 million pounds. Wolverhampton will pay up to 13.5 million for Hoover
8 is Bavaria's favorite number. Now she beat Schalke: Gnabry scored a hat-trick, Sane scored 1+2, Lewandowski came up with an assist by rabona
Source https://www.ibtimes.co.in/fact-check-no-mumbais-bandra-worli-sea-link-wasnt-hit-by-high-tides-826392

She lost her business due to coronavirus. Now she's supporting her four children by running their lemonade stand

Golden Tate’s potential return may give boost to Giants’ offense

Bryson DeChambeau not about to dial it back for Winged Foot

Reaction to the Death of US Supreme Court Justice Ginsburg

When these parents couldn't find children's books with strong Black characters, they created a pop-up store to sell them

The new ethics of Covid: Holding each other accountable for risky behavior saves lives

Fantasy football: Take a look at these under-the-radar receivers

Even without hostile NY crowds, this US Open is tough enough

Lakers take 1-0 lead into game 2 against the Nuggets

In These N.H.L. Playoffs, Backup Goalies Have Taken Center Stage

Here's How These Bachelor Winners Found Love After the Final Rose

Trump may announce a nominee to succeed Ruth Bader Ginsburg in days: report

MS Dhoni vs Rohit Sharma: The massive difference in their net worth will shock you

'She has run away from the community': Trump's son questions Kamala Harris' ties to Indian-Americans

McConnell vows to vote on Supreme Court nominee four years after blocking one.

Dissents were Ginsburg’s most memorable work on the Supreme Court.

Stopgap bill to prevent shutdown held up over farm funding

Shweta Tripathi: No one is forcefully putting drugs in our mouths!

RBG's iconic quotes on law, love and the fight for equality

Anguish, Fear, and a Tiny Bit of Hope at the Vigil for RBG on the Supreme Court Steps

Democrats shatter the ActBlue site’s donation records in the hours after Ginsburg’s death.

Most recent US elections have had an international event as the October Surprise. This one may be no different

Will an international event be the 2020 US election's October Surprise?

After a farmer suffered a heart attack, his neighbors banded together to harvest his crops

McConnell Pursues Scorched-Earth Tactics on Ground That is Already Scorched

How Ginsburg’s death could reshape the presidential campaign

Can Mitch McConnell Be Stopped?

What Ruth Bader Ginsburg Would Want America to Do Now

Senators appear to change stances on confirming successor to Ginsburg vs. Scalia, but argue 2020 is different

AOC says Ginsburg's death should 'radicalize' Dems: 'I need you to be ready'