Ever since Sushant Singh Rajput and Disha Salian's death, rumours mills have been working round the clock to churn out various conspiracy theories and speculations. The puzzle around Sushant's alleged death-by-suicide has not only been given a 'murder' angle but has also been linked with the death of Disha Salian. A number of big names have been linked to the death of the two and the latest one to have been accused by the netizens and even some news organisations is Sooraj Pancholi. 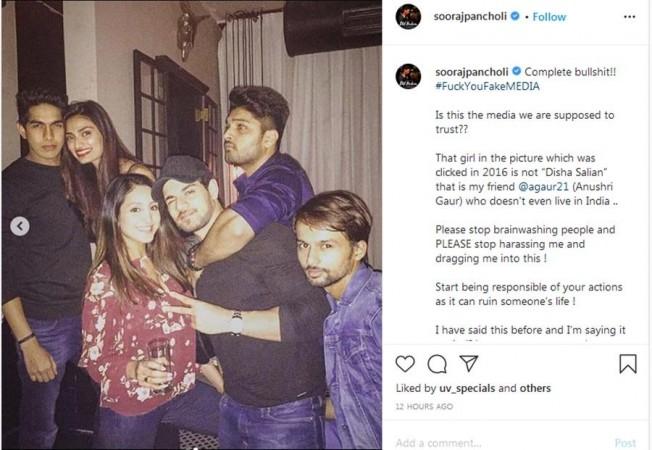 Sooraj Pancholi with his friendsInstagram

People have also been linking Disha Salian's death to Sooraj Pancholi. And it has also been alleged that Sooraj knew Disha and there could have been a foul play in her death. A picture of Sooraj with some other friends and 'Disha' has also gone viral on social media and WhatsApp. The same picture was also picked up by a media house and it was claimed that the woman Sooraj had his arms around was Disha Salian. 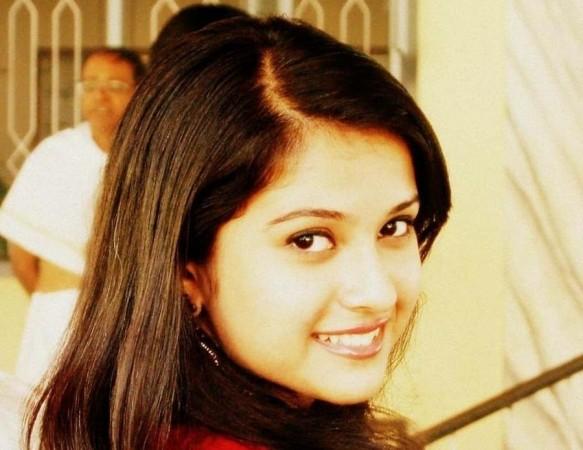 However, that's totally incorrect. Firstly, the picture is not a recent one and was taken in 2016. The picture also has Sooraj's co-star, Athiya Shetty. And secondly, the lady in question in the picture is not Disha Salian, as clearly visible. Sooraj Pancholi has revealed that the woman he had his arms around was his friend, Anushri Gaur, who doesn't even live in India.

Is this the media we are supposed to trust??

That girl in the picture which was clicked in 2016 is not "Disha Salian" that is my friend @agaur21 (Anushri Gaur) who doesn't even live in India ..

Please stop brainwashing people and PLEASE stop harassing me and dragging me into this !

Start being responsible of your actions as it can ruin someone's life !

Seriously FUCK YOU AND FUCK YOUR FAKE NEWS!

Some more pictures of Disha Salian 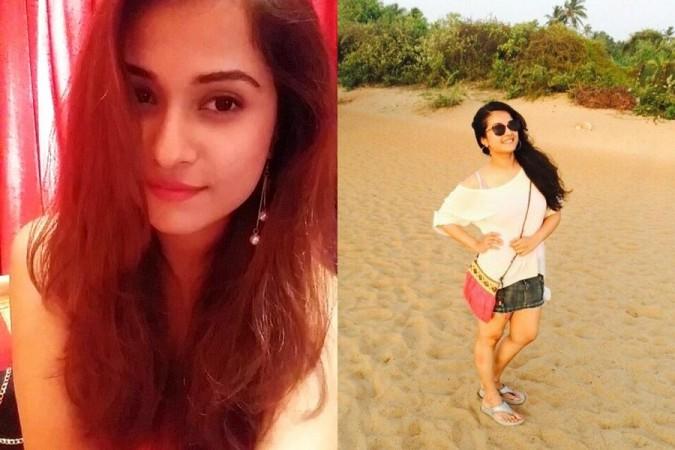 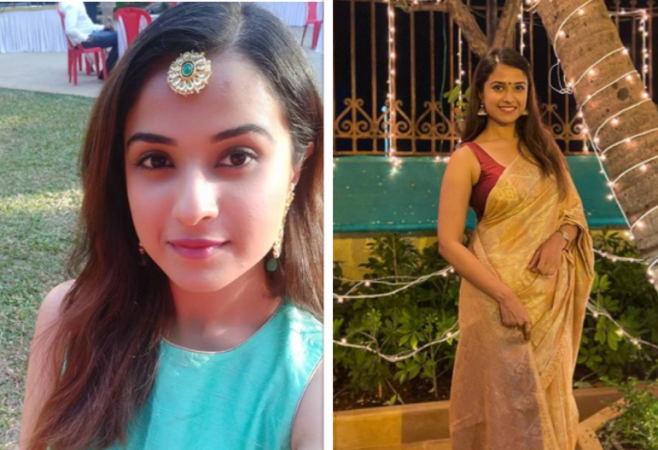 A report of an alleged party at Sooraj Pancholi's house on June 13, a day before Sushant's death, has been making headlines. It has been alleged that several big-wigs were present at the party and it was something that happened there which might have triggered Sushant to take such a drastic step. BJP leader Narayana Rane had recently said, "Why were people present at Sooraj Pancholi's house party not questioned? On June 13 there was a party." Reacting to this, Sooraj had said, "They are dragging me into this for no reason at all. It's better I say nothing. Let them do what they have to."

Viral image of Sooraj Pancholi with Disha Salian at a party

Giggs on bale at Tottenham: Now we can see him play every week
Tottenham loan Vinicius from Benfica. He was the top scorer last season in Portugal
Hudson-Audrey wants to move to Bayern. The club has been trying to sign him since January 2019
Neuer on winning the German super Cup: scoring 3 goals is always impossible. Fortunately, Kimmich scored
Vasin's agent that the ex-coach of Khimki Gunko refused the player: I don't know anything about it. Maybe he was offered a taxi driver
Shomurodov will sign a 4-year contract with Genoa. Medical check - up-on Friday
Vinicius was offside, but the ball was last touched by a Valladolid defender. Ex-referee Andujar Oliver on Real Madrid's goal
Source https://www.ibtimes.co.in/fact-check-no-thats-not-disha-salian-viral-disha-salian-sooraj-pancholi-picture-825886

31 ways to celebrate Halloween this year

When cancer isn't the only deadly risk: Battling depression post-treatment

Migrant caravan sets off from Honduras with eyes on U.S. border

Why Trump blew up the debate, triggering a media backlash

I've been wrong for two decades. Candidates for president and governor must release their taxes

At the Edge of Time, a Litter of Galactic Puppies

For Voters Still Mulling, One Thing Is Clear: That Debate Didn’t Help

Here's Every Book to Add to Your October Reading List

Ravi Kishan gets Y+ security by Yogi govt; enraged netizens ask, 'Why no security for girls'

12 workers, 2 dogs rescued from fire at chemical plant in Pune; doused after 4 hrs

Push to bring coronavirus vaccines to the poor faces trouble

Trump Signs Continuing Resolution To Fund The Government Through Dec. 11

Chrissy Teigen loses baby after pregnancy complications, calling it the 'darkest of days'

Column: Time for NFL players, coaches to mask up or go home

Florida man arrested after allegedly hitting deputy in face with a Bible: report

Things could get ugly in Yankees-Rays ALDS clash

Yankees able to bail out the bullpen — this time: Sherman

The Latest: Millions of Chinese travel locally for holidays

French Open bubble not a real bubble, but Paris off-limits

Yankees rally in 9th to stun Indians, advance to ALDS

Trump plans to slash refugee admissions to US to record low

Game 1 Was a Disaster for the Miami Heat. It Could’ve Been Even Worse.

Trump takes his antidemocratic campaign to the people

Analysis: Trump takes his antidemocratic campaign to the people

Trump's Proud Boys comments show how his instinct is to fight back harder, an approach that worked in 2016. It is unclear if that is a good fit for 2020.

Madhavan ahead of Nishabdham OTT release: They don't have any geographical or physical boundaries attached to them