The PGA Championship tees off Thursday at TPC Harding Park and defending champion Brooks Koepka is the odds-on favorite to win the first major of the 2020 golf season.

But here are five reasons Tiger Woods can also hoist the Wanamaker Trophy.

One of the popular sayings about success in golf is certain courses “fit the eye” of certain players. You can put Harding Park, a municipal course owned by the city and county of San Francisco, on that list for Woods. He’s never lost there as a professional.

In 2009, he went 5-0 in match play in leading the United States to victory in the Presidents Cup. In 2005, he beat John Daly in a sudden-death playoff to win the WGC-American Express Championship, which he said was “like a home event for me.” Woods grew up playing the course as a junior and later when he was a college player at Stanford, which is just 30 miles south of the course. 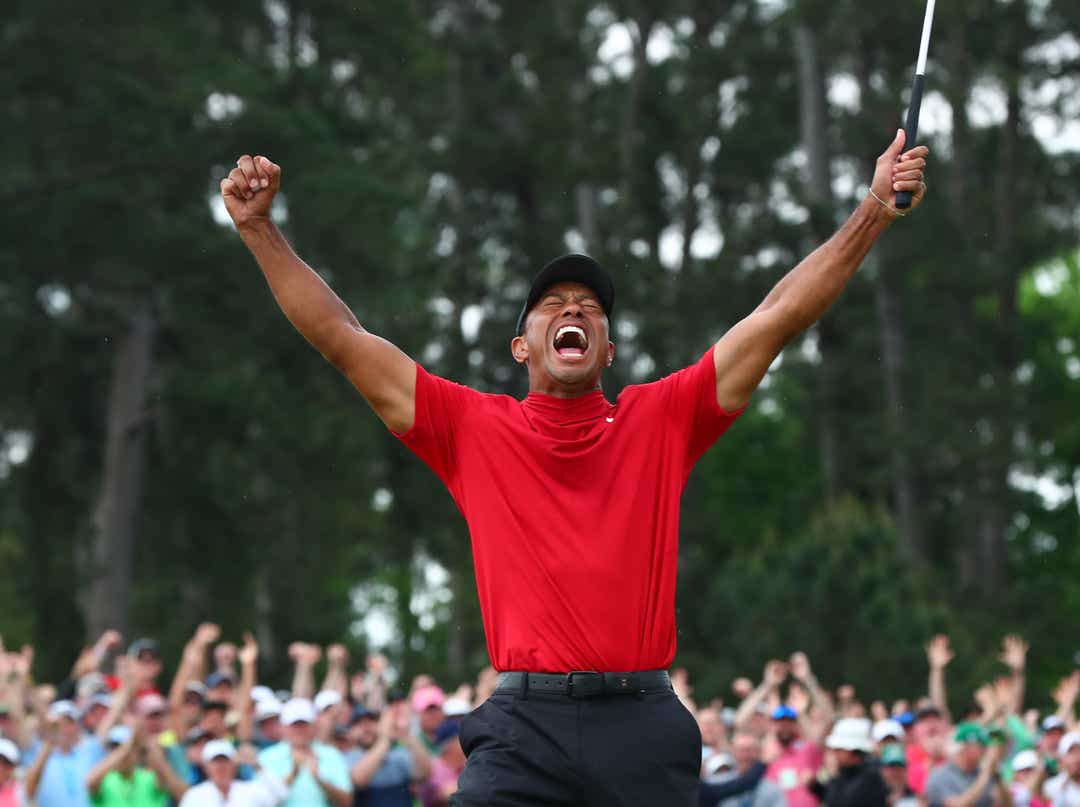 Woods has perhaps the most famously acute hearing in golf. If a butterfly batted its wings in the middle of his backswing, chances are he would hear it and — back in the day — former caddie Steve Williams would yell at that butterfly and throw its camera in a pond.

Those worries are over for Woods — but watch your sniffs and coughs, fellow playing partners — with no fans in attendance. Early in his career, Woods thrived off fans’ energy. Who can forget his raucous ace at the 1997 Phoenix Open? But for a long time now, all the attention and distraction from fans has seemed to be more of a hindrance than a help for Woods.

Not bad this season

When Woods won the Masters last year, he was playing very well heading into Augusta. He had four top-20 finishes in his previous five tournaments. Heading into the PGA this week, he’s not quite as sharp. He won the Zozo Championship in October and tied for ninth at the Farmers Insurance Open in January. He’s only played one event since the restart and tied for 40th at the Memorial after two 76s undid a promising start. One of his problems at the Memorial was bundling bogeys.

If he can limit the damage after a bad hole this week, he should put himself in position to contend Sunday. Woods said he feels better since a back problem forced him to withdraw from The Players Championship and the odd nature of playing during a pandemic has maybe thrown off everything just enough to give a 44-year-old multiple champion on the mend the leg up he needs. 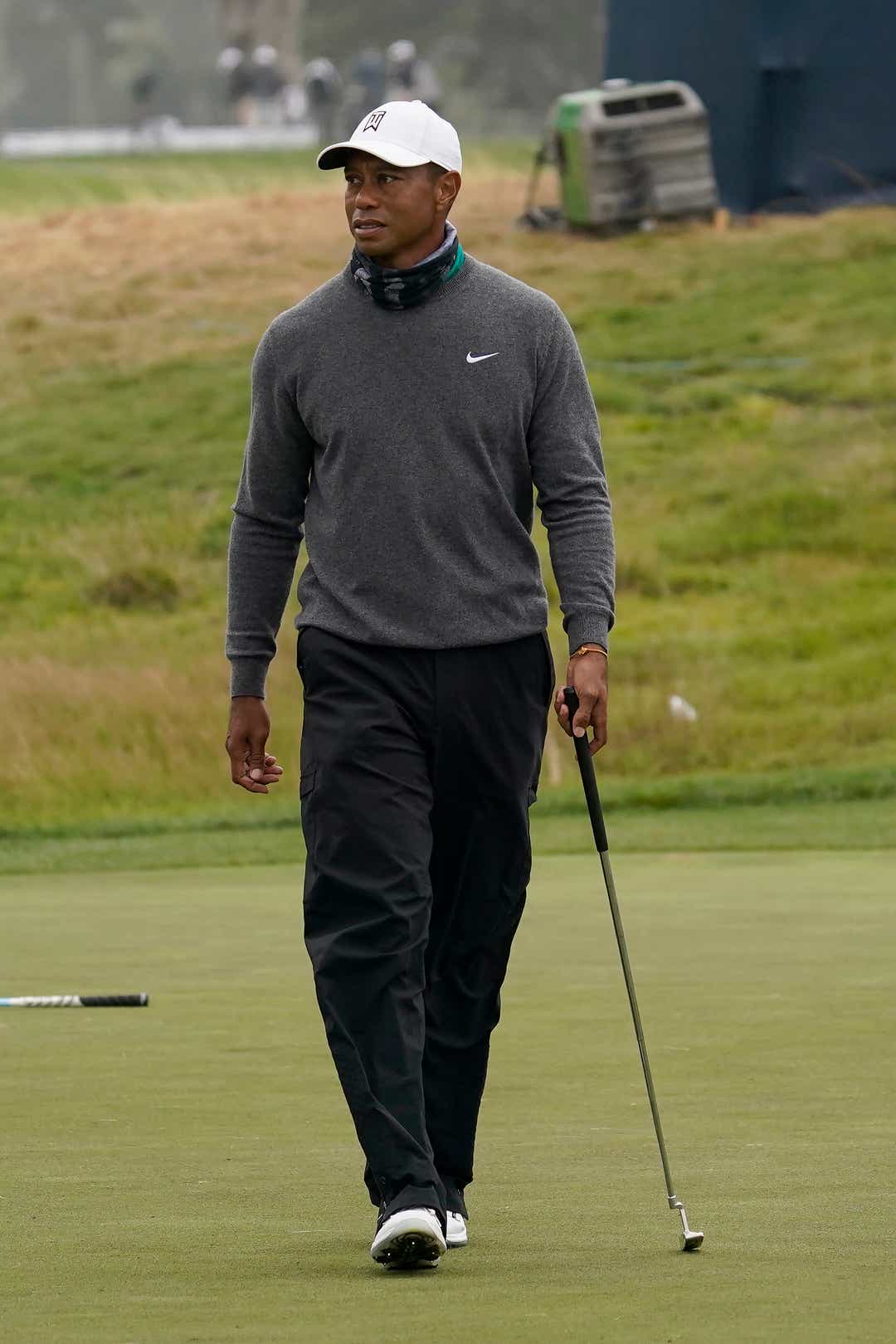 One for the thumb

All right, you don’t get a ring for winning a major. But you do get the massive Wanamaker Trophy, which stands 28 inches high, weighs 27 pounds and dwarfs the trophies from the other majors. Woods has four of them (1999, 2000, 2006 and 2007) and 15 major championships. He understands the PGA of America’s setup philosophy for the course, which is mainly a fair test of golf without any desired winning score. That forces players to adjust to different setups and different scoring conditions. It’s why he was able to win the 2006 PGA at Medinah at 18 under and then win the next year at Southern Hills at 8 under.

If there’s one aspect of Woods’ game that was severely underrated and unappreciated during his heyday, it was his consistently excellent putting, whether it was a huge putt to force a U.S. Open playoff or a short putt to grind out a par and make the cut. He has struggled noticeably this season, but he could have a secret weapon: A longer putter and Steve Stricker’s help.

The new Scotty Cameron he’s been using is similar to the one he won 14 of 15 majors. “The length is the difference,” Stricker told the Golf Channel. “He's got a little more length on there, and that's just so he can practice a little bit more without back pain.” In the immortal words of World Golf Hall of Famer Willie Park Jr.: “A man who can putt is a match for anyone.”

Barcelona will issue a transfer for desta for 20+5 million euros at the beginning of next week
Nigmatullin about Mandzukic's transfer to Loko: if it had happened 5 years ago, I would have treated it well. They often come to us to finish playing
Petr Cech on Mendy: A versatile goalkeeper. Should increase competition at Chelsea
Bayern Munich V care Cuisance. The midfielder claimed Leeds and Marseille
Lyon can buy A package from Milan if they sell Rennes-Adelaide to Rennes
Simeone recovered from covid and returned to work with Atletico. Suarez will make his debut for the club on Sunday
Lampard on Politice and Ziese: We hope that in a couple of weeks they will be in optimal shape
Source https://eu.freep.com/story/sports/golf/2020/08/06/tiger-woods-score-2020-pga-championship/3303200001/

Trump and his envoys have trashed Europe's confidence in the US. The damage might be irreparable

The Case for Blocking Lots and Lots of People

Luther Martin Gets His Close-Up

Here Are The Ways to Vote in the 2020 Presidential Election

Column: No asterisk needed for most unusual baseball season

Coronavirus pandemic could impact cancer rates and care in the future

In an affluent Orange County neighborhood, echoes of a skid row shooting

When Prince got 'Black for real': The radical ambition of 'Sign O' the Times'