Florence by the numbers: Over a dozen dead, hundreds of thousands without power

Hurricane Florence slammed into the East Coast, knocking out power in parts of the Carolinas, dumping torrential rains and inundating several areas with floodwater.

Here is a look at the dangerous storm by the numbers:

17: The number of fatalities as of the afternoon of Sunday.

A 41-year-old mother and her 7-month-old son were killed in Wilmington, North Carolina, when a tree fell on their home, officials said. The woman's husband was injured in the incident and taken to a nearby hospital, according to police. 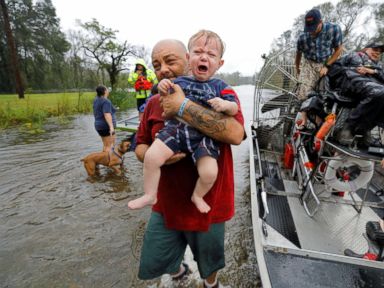 A 78-year-old man in Kinston, North Carolina, was electrocuted when he tried to connect two extension cords outside in the rain, according to Lenoir County Emergency Services Director Roger Dail.

A 77-year-old man in Lenoir County, North Carolina, fell and died from "a cardiac event" while checking on dogs outside during the storm, officials said.

An 81-year-old man died in Wayne County when he fell and struck his head while packing to evacuate, officials said.

A 68-year-old man died when he was electrocuted while plugging in a generator in Lenoir County.

A husband and wife also died in a house fire in Cumberland County, officials said.

In South Carolina, a woman was killed when she struck a tree while driving, and a couple died from carbon monoxide poisoning from a generator being operated inside their home, officials said.

105 mph: As the storm made landfall Friday morning, Wilmington, North Carolina, was hit by a 105 mph wind gust, the strongest wind in the city since 1958. 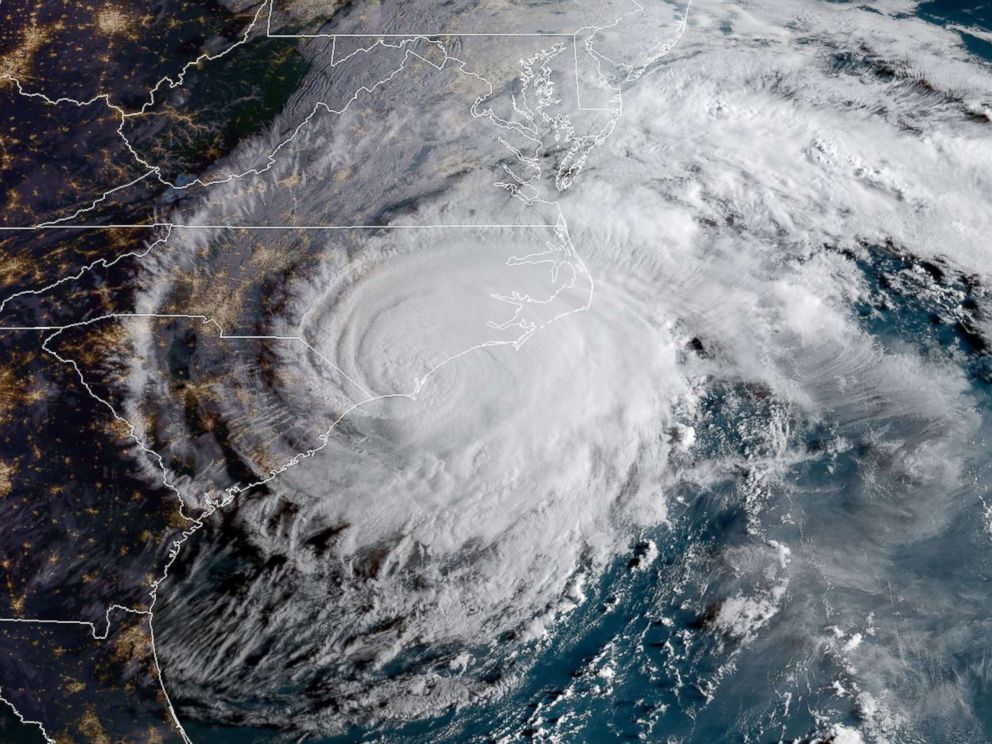 100: The number of people who needed to be rescued in flooded New Bern, North Carolina, on Saturday morning.

"We have three rescue teams who are working around the clock to get into communities to retrieve people," the city said in a statement.

New Bern resident George Zaytoun, who chose not to heed evacuation warnings and was trapped inside his home, told "Good Morning America," on Friday, "It’s like a bomb has gone off."

“Everything around us is underwater," he said. 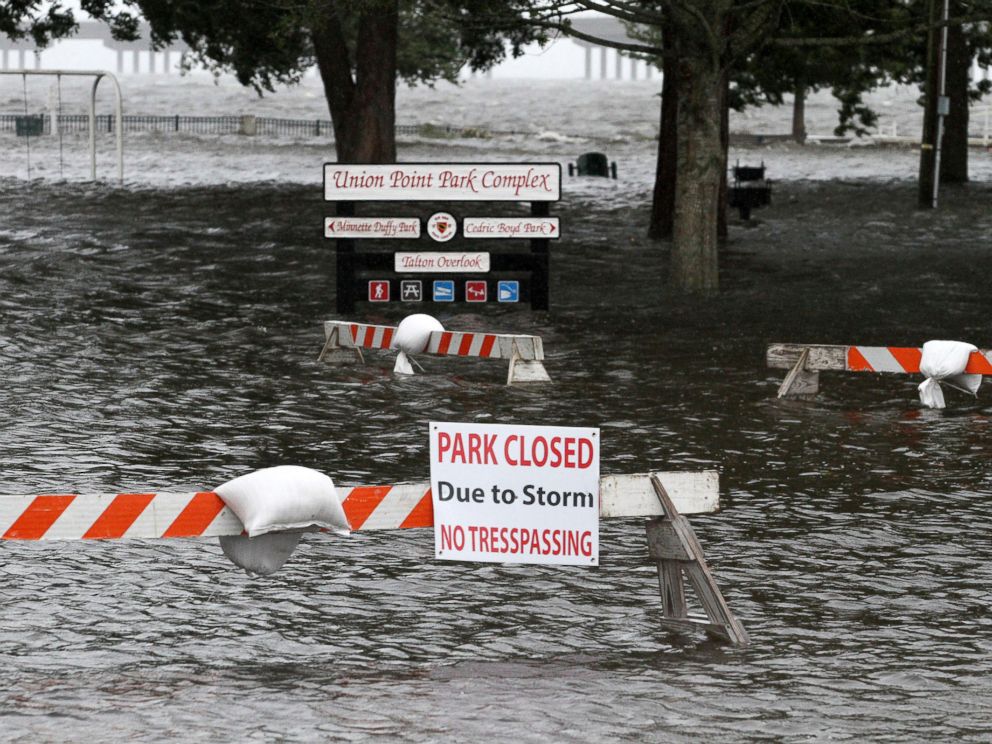 "This is twice the size of Hurricane Hugo," which tore through the Carolinas in 1989, New Bern Mayor Dana Outlaw told "Good Morning America." 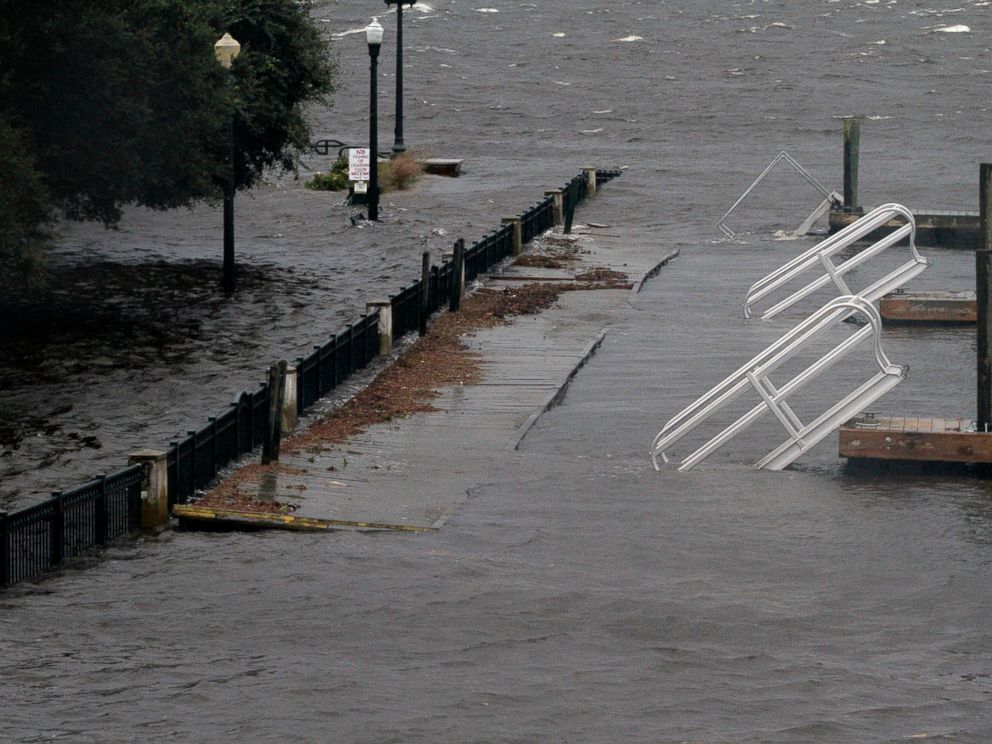 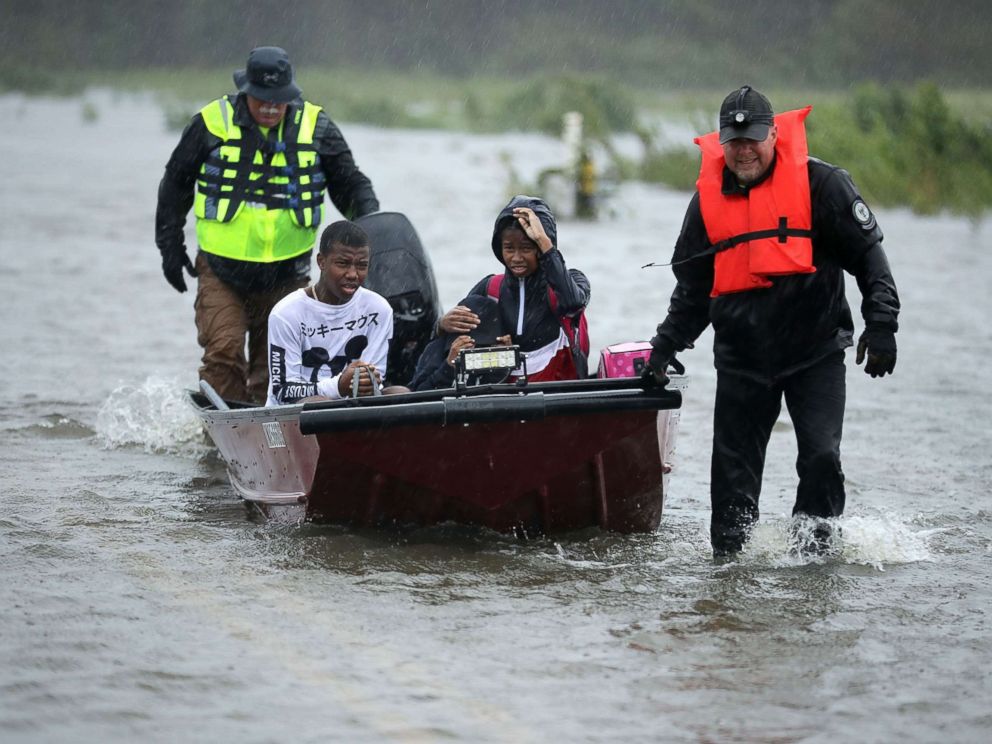 592,370: Number of customers without power in North Carolina on Sunday.

27,456: Number of customers without power in South Carolina on Sunday.

730,000: The number of blankets available for evacuees. Six-thousand cots and 6 million meals have also been provided. 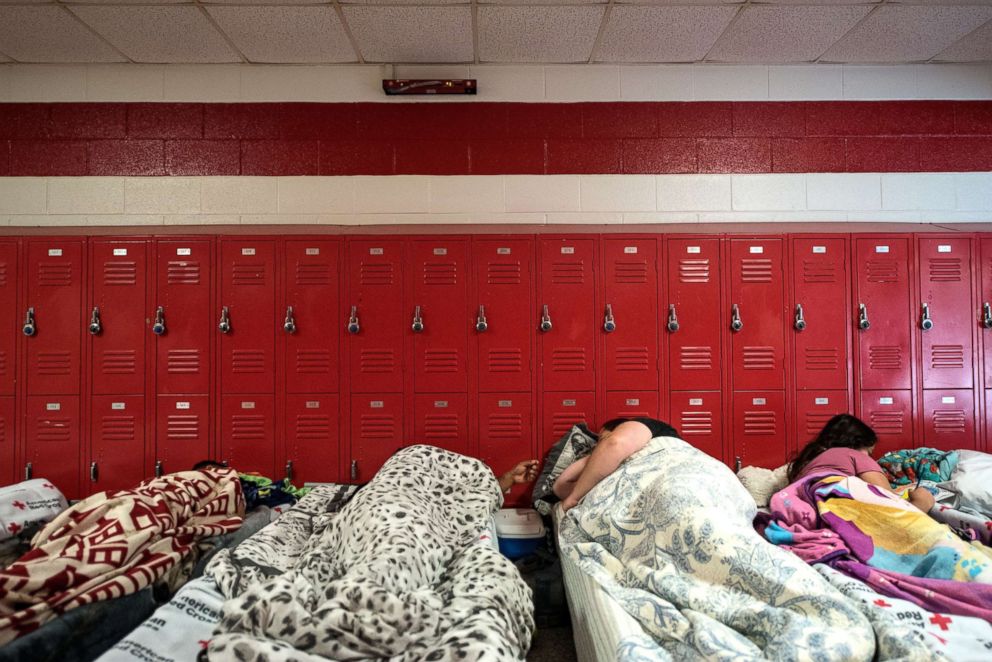 Caitlin Penna/EPA/REX via Shutterstock
People and pets evacuate ahead of the forecasted landfall of Hurricane Florence and seek shelter at Burgaw Middle School in Burgaw, N.C., on Sept. 2018.

11 feet: Storm surge may reach this point in parts of North Carolina.

"People do not live and survive to tell the tale about what their experience is like with storm surge," FEMA administrator Brock Long told "GMA."

40 inches: Rainfall could reach this point.

13: Number of nuclear reactors the Nuclear Regulatory Commission is monitoring near Florence's path.

Watch your language when you talk about Florence. The poor are also robbed. Fiorentina fans responded to Ribery
Manchester United and Manchester City will compete for Coulibaly and Skrinjara
Juventus and Manchester City are the leaders in the fight for Adam Traore
Pep Guardiola: I Want Messi to stay in Barcelona
Kike Of Setian: Of course, we can win the championship. This is evidenced by facts and mathematics
Bartomeu on Messi: We have to renew the contract. Leo told me that he wants to finish his career at Barca
Chelsea are willing to pay Havertz 8 million euros a year and will soon start negotiations with Bayer
Source https://abcnews.go.com/US/hurricane-florence-numbers-latest-power-outages-rain-totals/story?id=57819104

‘Warrior Nun’ on Netflix: The Hidden Meaning Behind the Season 1 Episode Titles

Brother of longest-surviving conjoined twins: 'They made 68'

Former Miss Colombia dances in video just weeks after leg amputation: 'We must be resilient in life'

Cardi B gets lip waxed, vagina bleached in cringey video

Man charged in attack on child dancer captured on Facebook

Spencer Dinwiddie out of NBA restart after another positive coronavirus test

Koepka among those who have to catch up in FedEx Cup

Kourtney Kardashian Explains Why She Left The 'Toxic Environment' Of 'KUWTK'

Wizards' Beal not playing rest of NBA season due to injury

Boy, 15, survives 30-hour ordeal in Sierra wilderness after running from gunman who killed his dad

Mulvaney Says ‘Referendum’ on Trump Could Lower His Chances of Reelection

At least 73 shot, 15 killed in Chicago over holiday weekend

Have you been laid off or furloughed again? Share your story

Couture in the Age of Covid

3 N.J. Democrats are running to challenge ex-Dem in November

A California sheriff mocked the state's stay-at-home order. He changed his tune when COVID-19 cases surged

What does a more contagious COVID-19 strain mean for Houston? A top doctor weighs in.

US Sen. who lost her legs serving in Iraq slams Tucker Carlson for saying she hates America