Game of Thrones actress has 'this' response to season 8 backlash

Game Of Thrones Series Finale: The Internet Reacts To Last Episode Of Season 8

Game of Thrones season 8 was heavily criticised by fans and critics for the poor storyline and unresolved plot issues. This week marks the one-year anniversary of the airing of the same and series' actress Carice van Houten has some thoughts on fans' reactions.

Fans had huge expectations from HBO's Game of Thrones season eight. There were stories about Bran Stark that needed to be addressed. At the same time, fans thought that they will finally get to learn more about the Night King. However, the series finale took a different turn and depicted the story of Daenerys Targaryen following the steps of her dead father. 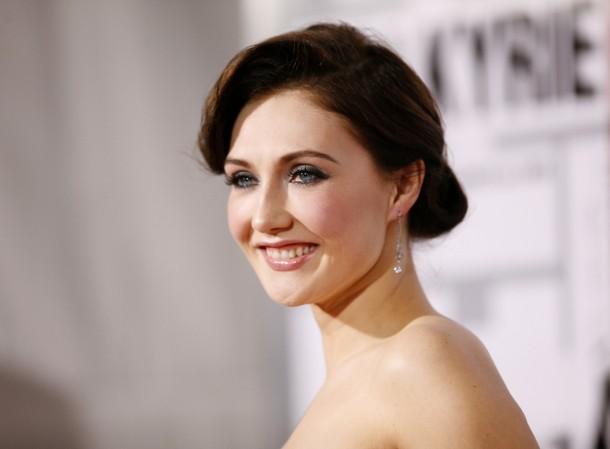 Melisandre succeeded in resurrecting Jon Snow at the end ofReuters

The show was heavily criticized and now show's star Carice van Houten, who played the Red Mistress Melisandre stated during her recent interview with Insider that she loved the ending of the show, especially how Bran was chosen to rule the six kingdoms of the Westeros.

"I loved the randomness and clumsiness of picking a king," Carice said. "That's why I loved the first season, the guy who actually was king [Robert Baratheon], didn't want to be king, so we already got a lesson in the beginning: 'Why are you striving for that sort of power when, obviously, it doesn't make you happy?'"

Carice van Houten further added that the reason why so many people were not happy with the show was that everything before that was good and everything is not going to go exactly how one has anticipated.

"You're going to have all sorts of criticisms and I just thought it was a sign of how good the show was," she further added.

Melisandre in Game of Thrones spinoff:

In the final season of Game of Thrones, we saw the end of Red Mistress Melisandre. However, as per our previous reports, HBO is working on a prequel to Game of Thrones story where we are finally going to witness House Targaryen in all its glory. 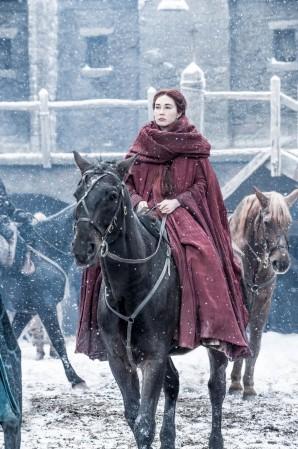 Melisandre will resurrect Jon Snow in the latest season.Facebook/Game of Thrones

Since Red Mistress was alive back when the Targaryens ruled the Westeros, there are chances that we might get to see Carice van Houten in some capacity.

Due to the ongoing Coronavirus pandemic, the production of House of the Dragon is currently put on hold by the studio and there is no confirmed release date as such. We will have to wait to get our hands on more news related to Game of Thrones prequel shows.

Ole Gunnar Solskjaer: no One wins alone, unless you're Maradona
Ocampos on Messi: you Look at him as a God, but he is real. Leo helps the players
Solskjaer on the martial-Rashford-Greenwood trio: Nothing new for Manchester United. Remember Ronaldo, Rooney and Tevez?
Josep Bartomeu: Barcelona have won La Liga 8 times in 11 years. Historic achievement
Lineker on the CAS decision on Manchester City: it's Hard to know what will happen to the FFP rules after this
Holand's busy holidays: first I sawed trees with my father, then I had a fight with a security guard at a night club
Tebas on Manchester City's participation in European competitions: CAS does not meet the arbitration standards
Source https://www.ibtimes.co.in/game-thrones-actress-has-this-response-season-8-backlash-820314

'I'm not flying until there's a Covid-19 vaccine'

Stream It Or Skip It: ‘Breathe: Into The Shadows’ on Amazon Prime, A Promising Comeback for Abhishek Bachchan

Record heat and severe storms expected across the country

Sunny Leone is 'social distancing at the beach'

Dan Bongino on backlash to tweet by slain cop's daughter: 'We live in the dumbest of times'

Why Diljit Dosanjh was initially hesitant to star in Soorma

Is it time to refinance your mortgage?

'We're just overwhelmed': The view from inside hospitals as coronavirus surge hits

Companies are taking on another $1 trillion in debt

TikTok a privacy threat? Sure, but so are most of your smartphone apps

Amid Rajasthan crisis, ED, IT raids on people close to Ashok Gehlot

Karnataka PUC results 2020: 2nd year students to get results via SMS before they hit internet

Colin Kaepernick should be back in NFL if league is supporting players' push to end racism, ex-teammate says

Dangerous hotspot underscores one of the worst political calls in history

1-year-old boy dead after being shot at NYC cookout

Ted Cruz, Marco Rubio among US officials sanctioned by China

'It's going to be really ugly.' Here come the big bank earnings

Why Ghislaine Maxwell may be granted bail at upcoming arraignment

Rakul Preet Singh is 'waiting for the world to be normal'

What you need to know about coronavirus on Monday, July 13

In Egypt, volunteers make meals with love for virus patients

Kristina Hernandez: Homeschooling during coronavirus – here's why my kids will be with me this fall

Japan accepted COVID's airborne spread months ago, and is fighting it

We've been using the same bricks for over 5,000 years. This engineer says it's time for a change.

What it's like to be an American in Europe right now