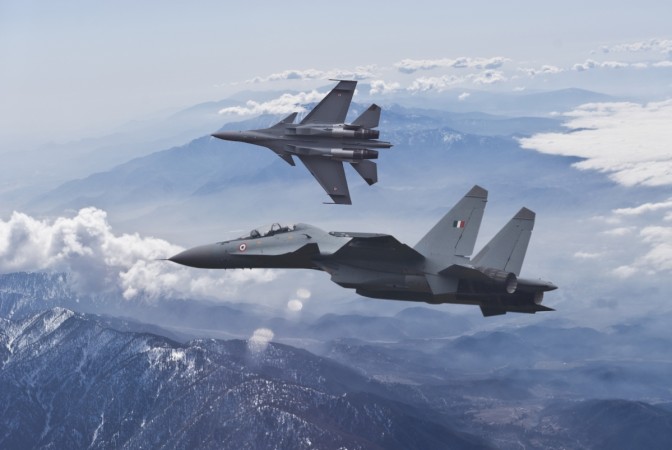 The Indian Air Force (IAF) plans to make Andhra Pradesh its strategic base to strengthen its presence on the eastern seaboard, given its strategic importance amid growing Chinese presence in the Indian Ocean and the South China Sea.

The main part of the IAF's plan is the setting up of helicopter training facility at Donakonda in Prakasam district. The other plans put before the Andhra government are; setting up facilities at the Rajahmundry and Vijayawada airports to base fighter aircraft and other assets and construction of a drone manufacturing facility in Anantapur district. A cybersecurity centre is also likely to be set up in Amravati, reports PTI

"With China moving fast in the region, the strategic importance of the east coast is growing and IAF wants to increase its presence by having bases in the state," a bureaucrat told PTI.

"On its part, the government has constituted a task force to coordinate with the IAF on these projects. Preliminary ground survey has been done and we have asked the IAF to submit detailed project reports," said another bureaucratic.

Apart from basing fighter and other reconnaissance aircraft at Rajahmundry and Vijayawada airports to patrol along the east coast, helicopters and other rescue aircraft will also be positioned at these airports to carry out rescue and relief missions in case of natural calamities.

Around 2700 acres of land adjoining an abandoned World War-II airstrip was offered to the IAF for the proposed helicopter training facility but IAF has identified 1200 acres for the project.

"Around 300 acres out of this parcel of land will be given to the Airports Authority of India for carrying out operations for civilian aircraft while the remaining 900 will be used for helicopter training facility by the air force," a bureaucrat in the revenue depart told PTI.

The drone manufacturing factory will be set up at Anantapur district as it is close to Bengaluru's Yelanhanka air base.

Meanwhile, the air force is planning to expand its air force station at Suryalanka in Guntur district and has asked the state government for land.

IAF has also asked for allotment of land for setting up of Air Force enclaves in Nellore and Bhogapuram, where an international civilian airport is proposed.

Josep Bartomeu: Setien is doing a great job. We have full confidence in him
Pique on La Liga: Barca do not like to fall behind, but we have made every effort to change the situation
Pep Pro 0:1 with Southampton: city liked the Game, but it's not enough to win
Mandzukic is Interesting to Fenerbahce and Galatasaray. It is also claimed by Loco and Milan
Messi wants to finish his career at Barca. Bartomeu believes that Leo will not leave in a year
Gasperini about Atalanta: we Want to reach the Champions League and break the club's record for points in Serie A
Hames can leave Real Madrid for the Premier League for 25 million euros. A year ago, Atletico and Napoli offered 45-50 million euros for him. Real Madrid Midfielder Hames Rodriguez is likely to change clubs at the end of the season
Source https://www.ibtimes.co.in/iaf-plans-make-andhra-pradesh-its-strategic-base-keep-eye-china-780715

The Louvre Partly Reopened After Being Shut Down for 16 weeks

800,000 Indians may be forced to leave as Kuwait clears draft expat quota bill

Brides are now wearing designer masks to match their dresses

Woman recreates sets from famous movies for her hamster during lockdown

How Lincoln Project anti-Trump Republicans got into his head. Spoiler: It was easy.

Want To Create A Better Mask? It's Harder Than It Seams

Everyone’s an Antiracist. Now What?

No one knows why decapitated sea lions keep turning up in Vancouver, Canada

I’m a Direct Descendant of Thomas Jefferson. Take Down His Memorial.

How to Sell Your Rape Story

Will We Be Hostages to Drug Makers’ Covid Vaccine Pricing?

(Let Us Out of This Clause)

The Economy Still Has the Virus

Coronavirus updates: US reports over 49,000 new cases in a single day

Efforts to beat the coronavirus pandemic could cause over 1 million extra deaths from other diseases, experts warn

Louvre reopens after four-month closing due to coronavirus

Gyms are gross. Why COVID-19 proves it's time to walk away — for good.

UK's lockdown-hit arts venues to get $2B rescue package

Africa's battle against Covid-19 will be won or lost here

The bull market is back for Chinese stocks

Composer Ennio Morricone, Who Created Theme for The Good, the Bad and the Ugly, Dies at 91

Ending the coronavirus pandemic could cause over 1 million extra deaths from other diseases, experts warn

An Unlikely Source of Catharsis for a Black M.L.B. Player: Social Media

Mona Lisa back at work, visitors limited, as Louvre reopens

How to talk with your Black friends about race

Frederick Douglass statue ripped from base

Japanese soccer and baseball to start allowing fans at games

Can Cam Newton Be Superman Again?

The Swamp Is Coming From Inside Trump’s Campaign

At least 2 shooters wanted for death of girl, 8, in Atlanta

Most of WNBAs older coaches OK with Florida virus risk

Dr Jagdish Chaturvedi on 'Starting Troubles': It was surreal working with stalwarts [Exclusive]

German factory orders rise in May after 2 huge declines

What Would Have Been: Close MLB interleague play, Wimbledon

Is coronavirus airborne: Hundreds of scientists claim, ask WHO to revise rules

Biden says he is going to ‘transform’ the nation if elected