An Illinois police officer who fatally shot an unarmed black man and seriously wounded his girlfriend turned on his bodycam after opening fire on the couple, video shows.

The footage, released Wednesday by the city of Waukegan, does not show the unidentified Hispanic officer who killed 19-year-old Marcellis Stinnette and injured his girlfriend, Tafara Williams, on Oct. 20 when Williams’ car reversed abruptly after a traffic stop.

“I was right behind you,” the officer can be heard saying in the clip. “You almost tried to run me over.”

The bodycam footage was one of six short videos released Wednesday, along with dash camera and building surveillance footage — but none captured the shooting itself, leading attorneys for Williams to suggest the officer was either improperly trained or intentionally did not activate his camera.

“It’s like he was trying to cover up a narrative to justify this use of excessive force,” attorney Ben Crump said after viewing the footage prior to its public release. “What we saw was just bits and pieces … There was no need to use this excessive deadly force. There was no need. It was a traffic stop.”

Another attorney for Williams’ family said bullet holes in the car appeared to be on the driver’s side, suggesting the officer fired at a 90-degree angle rather than from the rear of the vehicle as it backed up toward him.

There also did not appear to be any gunshot damage to the windshield or rear window, attorney Antonio Romanucci said.

“This officer had an ‘Oh crap’ moment after the shooting, and pushed the [body camera] button,” Romanucci said. “He knew to push the button and say, ‘You tried to run me over.’ Those were his first words. That’s the justification.”

Police have also not indicated why the couple were first approached by another officer, who is white, prior to the shooting, the Lake County News-Sun reported. 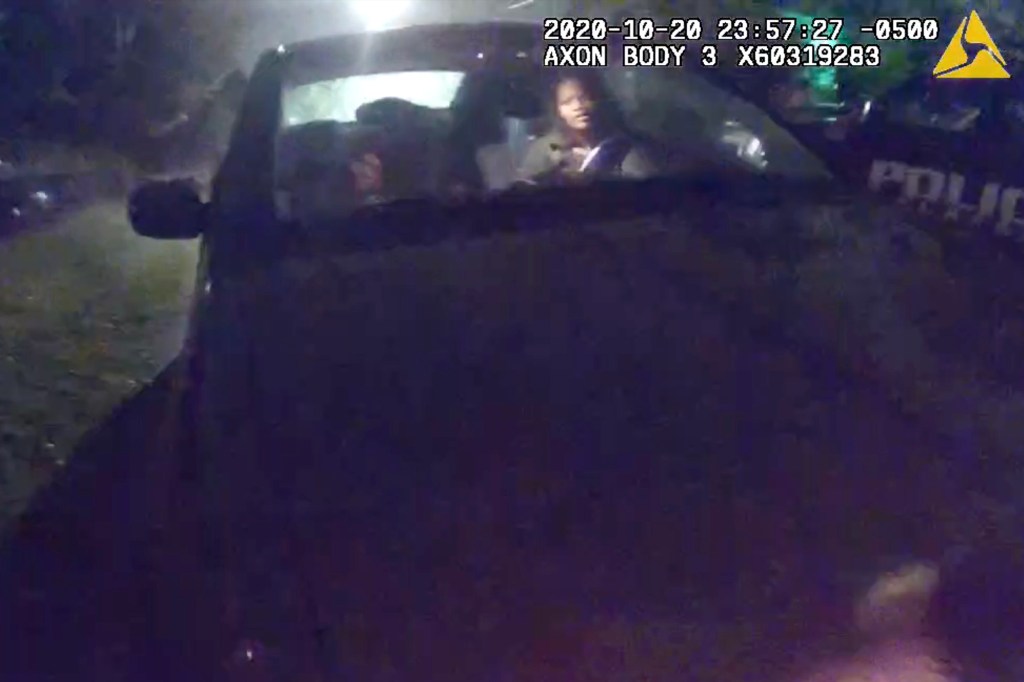 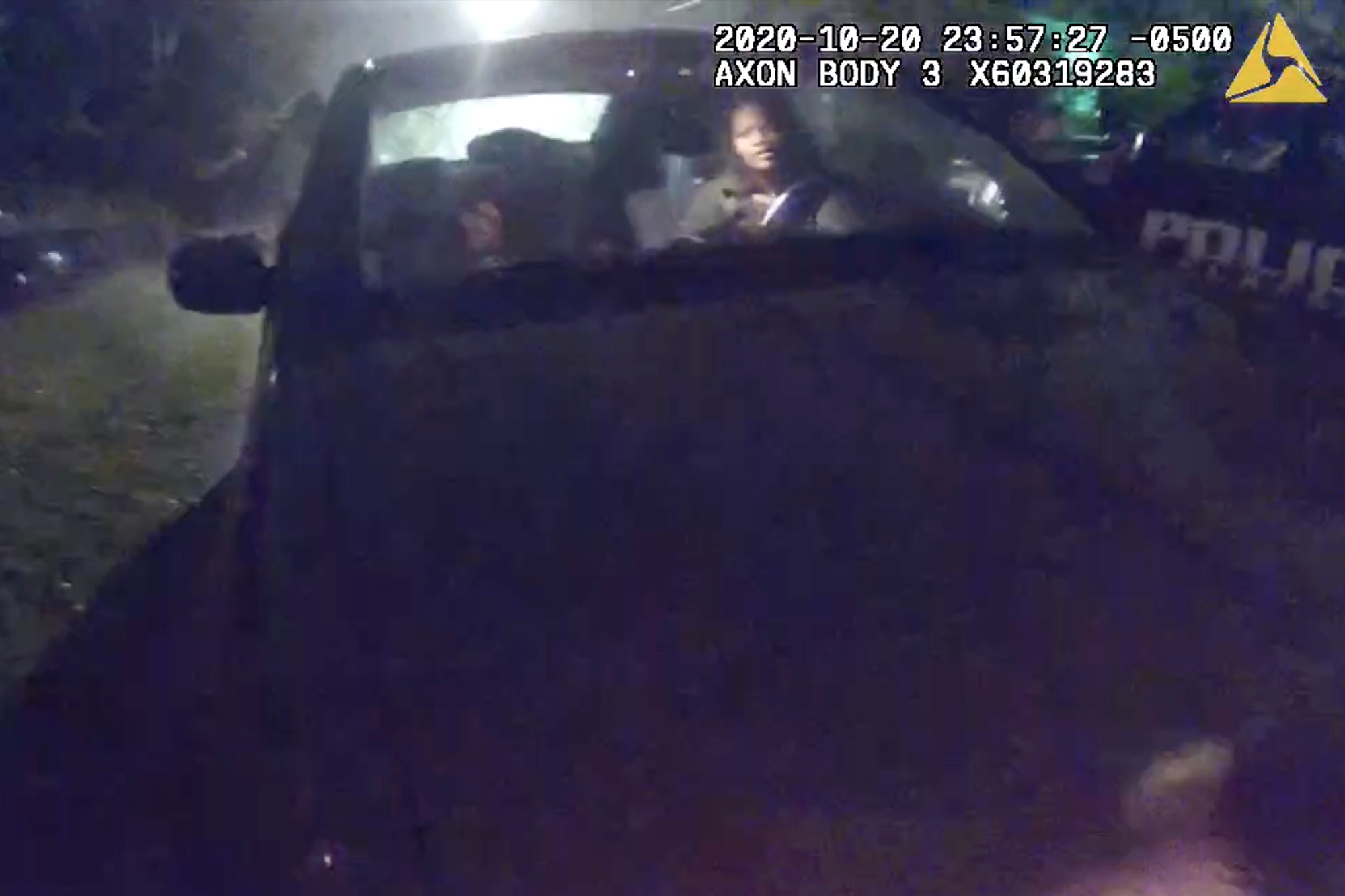 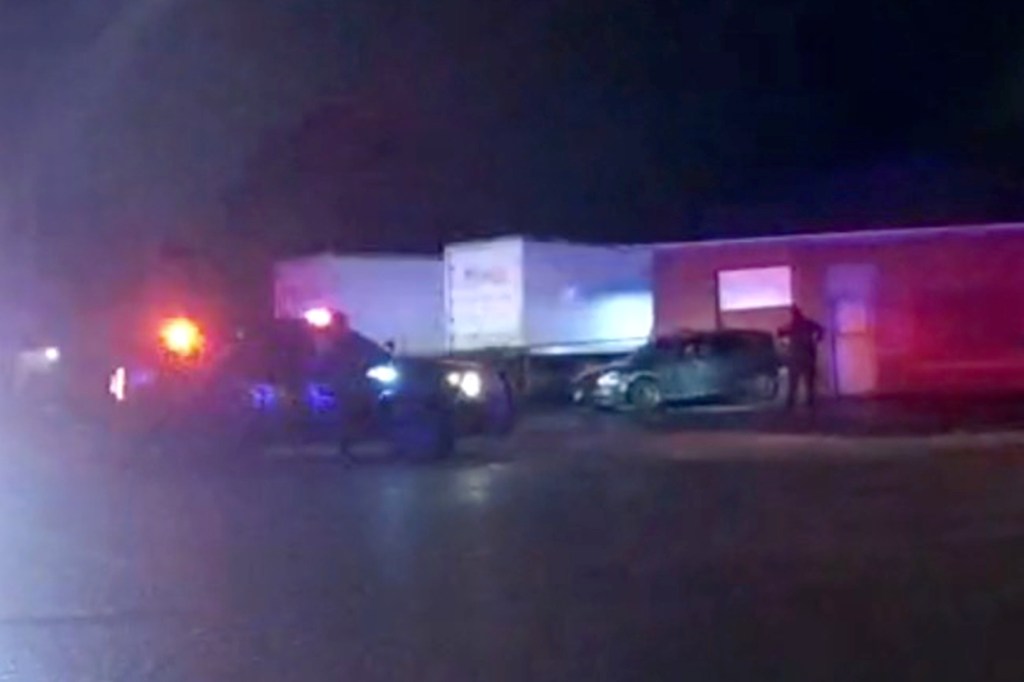 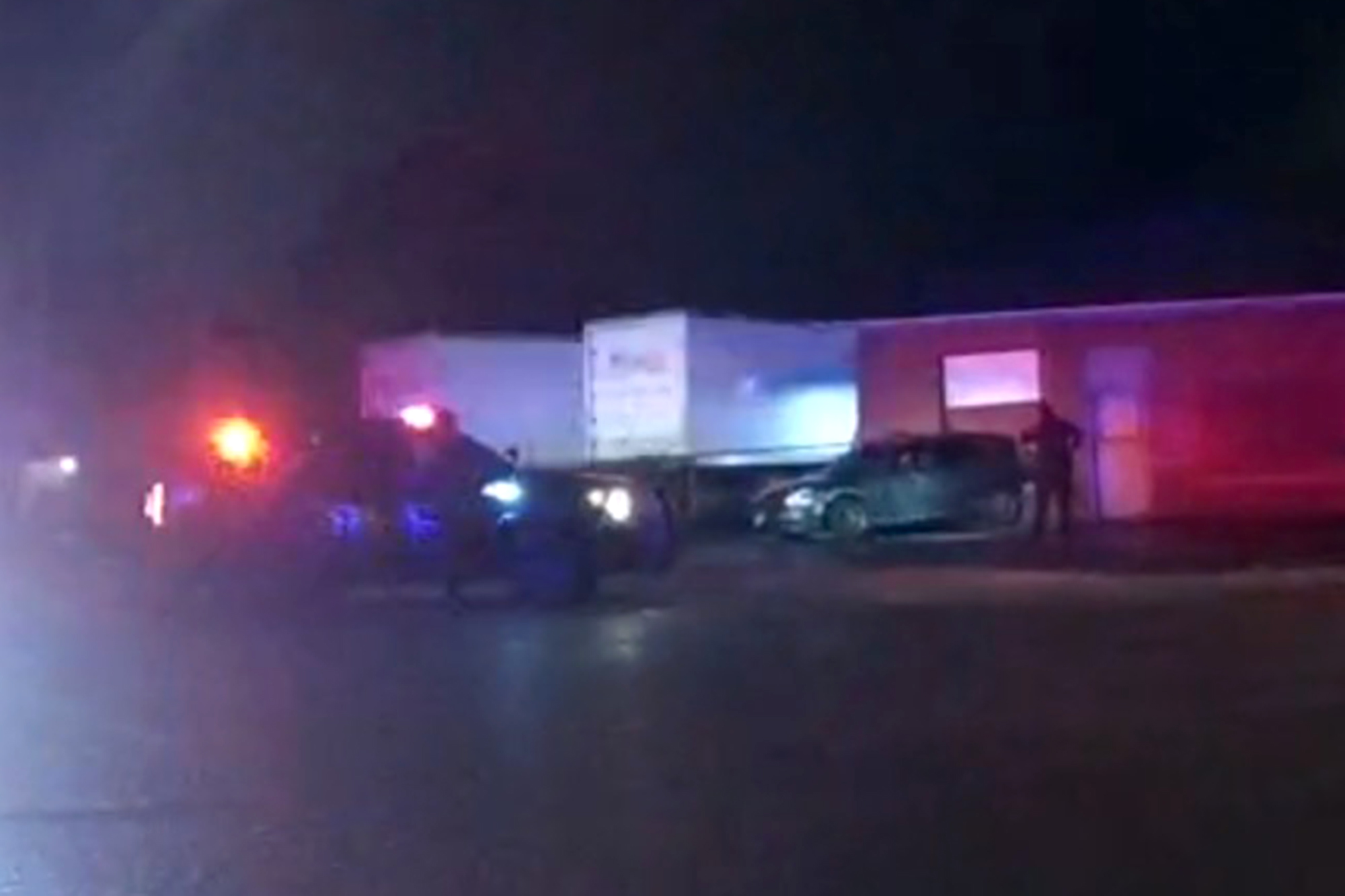 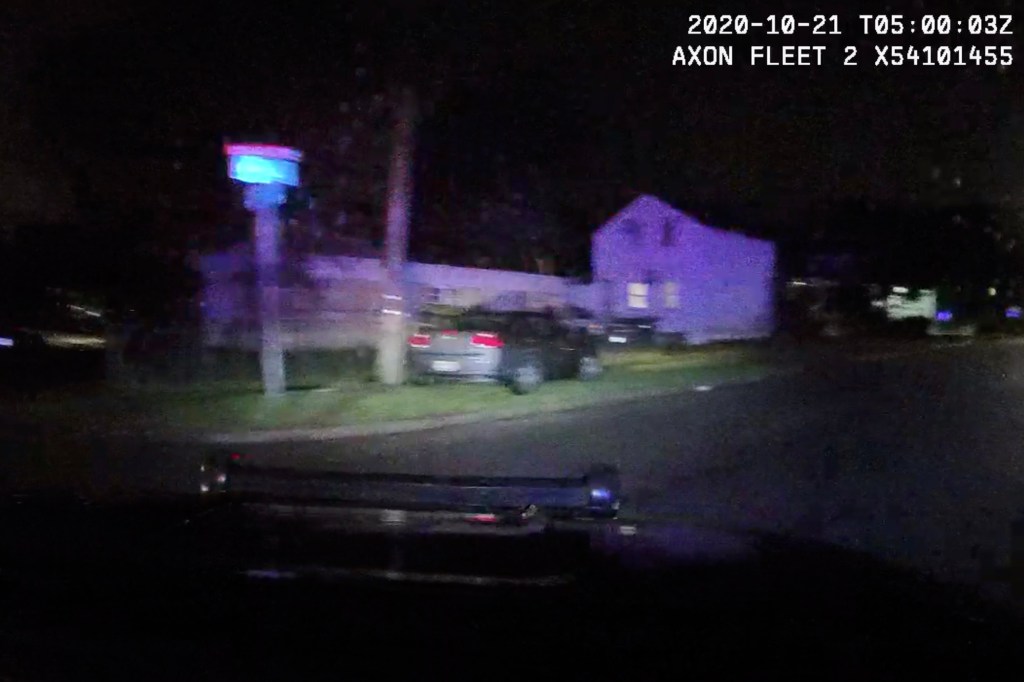 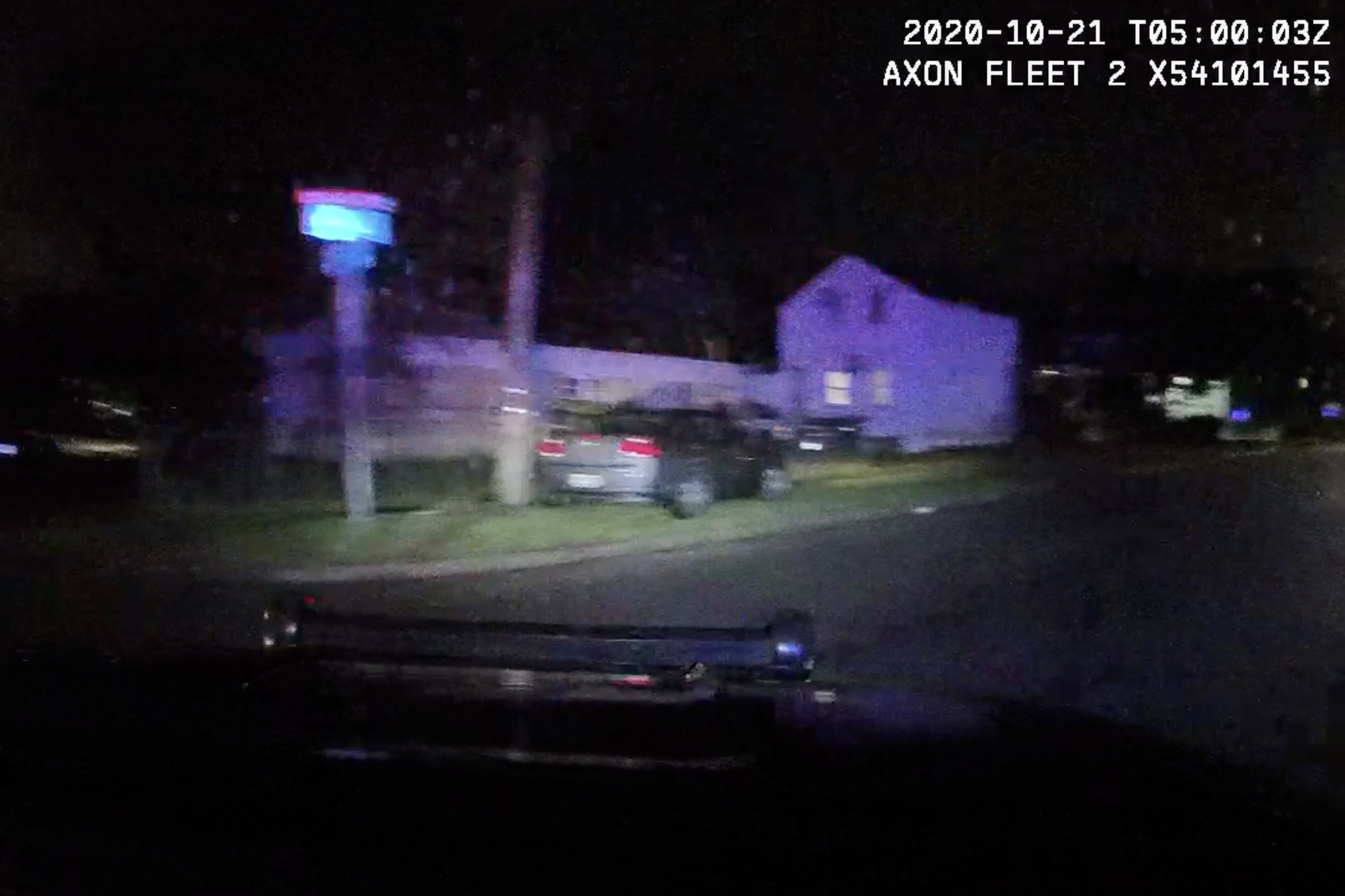 The officer who fired the shots, a five-year department veteran, was fired Friday for multiple policy violations, Waukegan Mayor Sam Cunningham said in a statement Wednesday.

“We are all hurting as a result of this incident, and while I intend to allow justice to run its course and not compromise the integrity of the process, I must balance that with my commitment to the families and the community to always maintain transparency,” Cunningham said.

An investigation into the shooting by state police, with assistance from the Justice Department’s Civil Rights Division and the FBI, is ongoing.

Pavel Nedved: Juventus doesn't depend on Ronaldo. Any team will miss such a player
Holand and Jan will not play Lazio due to muscle injuries
Van Persie about meeting Maradona: he kissed my left foot and said it was the same as his
Bale doesn't need to prove anything. His presence inspires the Tottenham players. Davis on the midfielder
Pochettino and Raul can replace Zidane at Real Madrid. The club does not want to dismiss the Frenchman yet
Stefano Pioli: Milan need to take the Celtic game seriously. They always play well
Atalanta captain Gomez did not follow Gasperini's instructions in the match against Midtjylland. He was replaced at half-time
Source https://nypost.com/2020/10/29/illinois-cops-bodycam-was-off-during-fatal-shooting-of-black-teen/

Must Attend: Variety’s Calendar of Events

CDC director: Schools are not a major coronavirus transmission source

Neera Tanden is being treated unfairly

US to hit Google with labor violations in workers dispute: report

Promoting Your Business Offline: 5 Tips to Connect With Customers Off the Web

Biden should pull off executive order 'blitz' before people can react, leftists say

Lots of Coronavirus-Relief Packages Are Floating Around the Hill. That Doesn’t Mean Help Is on the Way

Covid-19 hospitalizations hit another record, as official warns of the most difficult time in US public health history

Mitch McConnell’s Relief Offer Is Actually Worse Than Doing Nothing

Betsy DeVos rips Democrats who push free college tuition: 'We know somebody has to pay for it'

Away takes up to $125 off holiday luggage sets

Prosecutor: No charges in buggy crash that killed Amish kids

Keke Palmer Sounds Off on Her Mystery Man Kissing Video

Can Trump Pre-emptively Pardon Allies or Himself? Clemency Power, Explained

From High Stakes to High Speed

Review: Reorienting the crime drama in 'I'm Your Woman'

What Happened When Other Countries Prosecuted Former Leaders?

Jenna Lyons spent a year on her couch after leaving J. Crew

This winter, the Vox Book Club is reading about lesbian necromancers in space

Britain OKs Pfizer vaccine and will begin shots within days

Discovery+ to Launch With Originals From Chip and Joanna Gaines, Bobby Flay and Giada De Laurentiis and More

In the ACC, even without fans, there’s no place like home

Florida teen charged with murder in death of librarian who defended son during attack: police

Can ‘Wonder Woman 1984’ Lasso a Hit for the International Box Office?

Who Has Trump Pardoned So Far?

Review: Frances McDormand is at her finest in 'Nomadland,' a sublime ode to American wanderlust

Illinois reports 238 COVID-19 deaths, the most in a single day since the pandemic began

Jazz Standard, One Of New York's Top Clubs, Closes Due To Pandemic

GOP chairman: Defense bill to include renaming Confederate bases, but not Section 230 repeal

Like Everyone Else, Mackenzie Davis and Charlize Theron Discuss Happiest Season

Abortion Clinics Are Rapidly Closing. Many Won’t Come Back

Talk Of 'Preemptive' Pardons By Trump Raises Questions: What Can He Do?

Visa to launch credit card that offers bitcoin as a reward

North Lawndale school consolidation proposal that split the neighborhood is now on hold: ‘We took a stand as a community’

Obama: Democrats should ditch ‘defund the police’ and give Ocasio-Cortez a bigger platform.