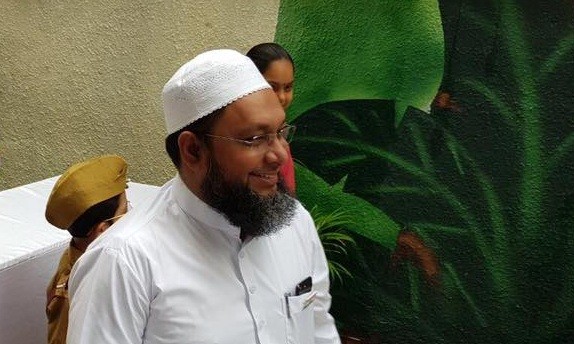 The I Monetary Advisory (IMA) kingpin, Mohammed Mansoor Khan, was brought back to Bengaluru on Saturday morning, after he was arrested by the Enforcement Directorate (ED) and Special Investigation Team (SIT) in Delhi, on Friday.

Khan will be taken to the ED office in Shantinagar where he will be questioned by the officials over the IMA scam and the people involved in it. He will also be produced before the special court on Saturday, where a case has been registered against him under the KPID Act (Karnataka Protection of Interest of Depositors in Financial Establishments).

The SIT sleuths had initially planned to first take Khan to Mangaluru and then to Bengaluru. Their plans changed as the ED had issued a look-out notice against him. The SIT handed Khan over to the ED as they were supposed to get the custody first.

The SIT, headed by Additional Commissioner of Police (crime) B R Ravikanthe Gowda and DCP S Girish, probing the IMA scam had located Khan in the United Arab Emirates (UAE) and sent a team of four officials to Dubai during the first week of July. In a covert operation, the SIT officials traced his hideout in Dubai and convinced Khan to return back to India.

Khan is the main accused behind the multi-crore Ponzi scam that was orchestrated by IMA. The company cheated nearly 40,000 of its investors to the tune of over Rs 2,500 crores. Khan had an elaborate plan of defrauding the people of Karnataka and other neighbouring states with his Ponzi scheme as a forefront for his other businesses.

Khan had fled to the UAE in June after receiving his visa on May 5 through METT Travels. He acquired nearly Rs 20 crores from the directors of his firm before escaping and also released an audiotape alleging politicians and corrupt government officials of taking money from him and not returning it back.

Khan had earlier named many of the political bigwigs and government authorities of being part of the scam. He said that the politicians backed him since the inception of IMA in 2006.

Khan had requested the officers to let him release a video to get sympathy from the investors. The investigators revealed that though he was diabetic, he had no other health issues and the video was only a ploy to gain his investor's sympathy, reported Deccan Herald.

The SIT was all set to return to India with the absconder Khan but their flight was delayed due to some technical errors. They had to postpone their journey to July 18.

Griezmann scored in La Liga for the first time since February with a pass from Messi
Suarez came out on the 3rd place in the list of the best Barca Goalscorers in history
Guardiola lost 3 away games in a row in the League for the first time in his career
About Lautaro Marotta: He has not shown the slightest desire to leave
Conte on 1:2 with Bologna: Inter's Level is much lower than expected
Jurgen Klopp: Liverpool need three points, not a record. You can't break a record if you think about it all the time
Klopp on 2-0 with Aston Villa: Liverpool are successful because they win difficult matches
Source https://www.ibtimes.co.in/ima-chief-mansoor-khan-appear-before-bengaluru-speacial-court-801994

Pointe at the kitchen counter and more: Ballet amid coronavirus

Self-help social justice and other commentary

239 Experts With One Big Claim: The Coronavirus Is Airborne

UFC 251 appears to get long-awaited fight between top competitors: report

Disney+ makes Hamilton accessible to all

Brewers’ Yelich knows he had fortunate timing on new deal

Dozens Of People Dead Or Presumed Dead In Japan Floods

‘Why is this happening?’: Epstein accuser claims Ghislaine Maxwell sobbed in court

Teacher layoffs are coming, and this teacher's story shows how messy it can get

The Latest: Fearing outbreak, Spain locks down county of 71K

When the President's own medical advisers refuse to correct his misleading claim, the coronavirus trust gap grows

Seattle Protester Dies After Being Struck by Car

Child critically hurt after being shot in head in St. Louis

Hundreds of scientists write letter to WHO arguing coronavirus is airborne: NYT

The Dreadhead Cowboy rides for peace

L.A. firefighters respond to more than 3,000 service calls on a busy July 4

Time could be running out for the 747

Terry Crews tweets that he is not a ‘human wrongs activist’

Hundreds of Scientists Call on WHO to Recognize Coronavirus Airborne Risk

Car plows into George Floyd protesters, killing 1 and critically injuring another in Seattle