This is the second time the French designer has been accused of plagiarizing Mexican textile designs. 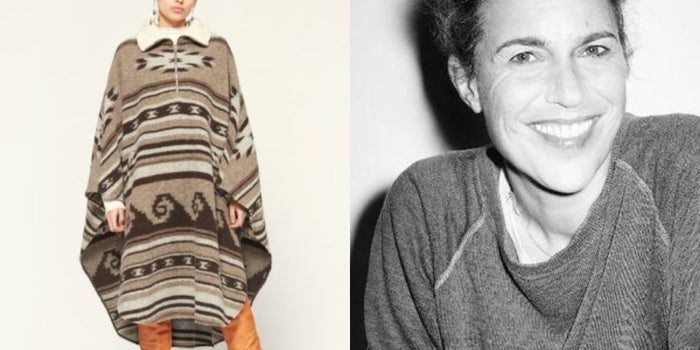 This article was translated from our Spanish edition using AI technologies. Errors may exist due to this process.
This story originally appeared on México Desconocido

“ Cultural appropriation consists of the patrimonial use of a traditional cultural expression by companies without having authorization or mentioning its origin or providing compensation for its use. In this case, the designer Isabel Marant launches a complete line of clothing copying, literally, patterns of Purépecha designs by artisans from Charapan, Angahuan and Santa Clara del Cobre, from Michoacán ”,

According to the senator, designers take such artistic expressions, use them out of context for profit and without any awareness of the meaning they have for populations. For this reason, the senator denounced the act as cultural appropriation and affirmed his disagreement. 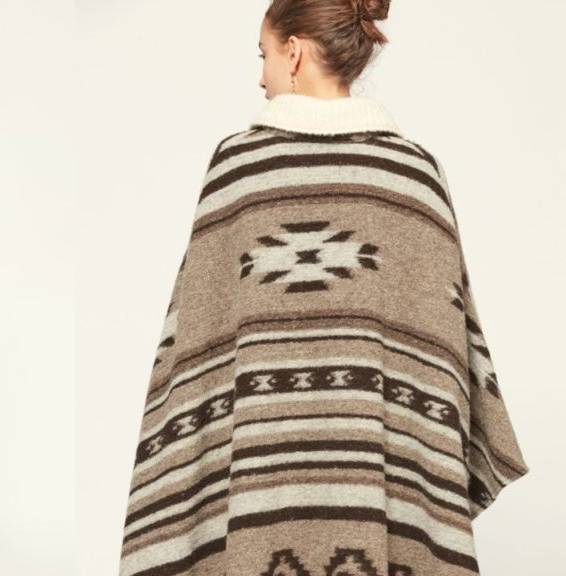 Part of the Isabel Marant collection. Image via Unknown Mexico.

For his part, the municipal president of Charapan , Josué Emmanuel Balboa Álvare z, also repudiated the plagiarism of Isabel Marant, adding that due to this type of plagiarism artisans are "thrown in the streets" due to lack of sales. Likewise, the mayor called for respect for the cultural heritage of indigenous peoples, as well as their people.

“This person (Marant) comes to damage our tradition. They are killing our artisans, they are dismembering our skin because this craft is our identity ”.

Finally, Senator Susana Harp mentioned that it is not the first time that Isabel Marant plagiarizes indigenous communities , since in 2015 the designer replicated the designs of blouses made in Tlahuitoltepec, Oaxaca.

“In 2015 she decided to copy the blouses identically. The type of sleeve, the neck opening and the colors were identical. Now he decided to take colors, elements that are found repeatedly in many of our crafts. It is the second time that this designer –for that is her name–, makes cultural appropriation or plagiarism, so she cannot say that she did not know [what she was doing] ", Harp declared.

Steve McManaman: Real Madrid are an aging team. They need new players if they want to reach their previous heights
ISCO could move to Sevilla in January. Lopetegui is personally Interested
Bilyaletdinov about the Champions League: Loco can leave the group. Unmotivated Bayern can be beaten in the 6th round
Zlatan Ibrahimovic: I Thought about retiring, but I wanted to change the mentality of Milan
Vasco da Gama sports Director: Balotelli will be like Maradona for us
Real Madrid won't buy Mbappe in the summer of 2021 due to the crisis (Le Parisien)
Ibra scores in 39, Buffon drags in 42, Ronaldo has no plans to finish. Is football really getting old?
Source https://www.entrepreneur.com/article/358823

Is shopping in stores safe during the coronvirus pandemic?

Gisele Bundchen radiates in bikini ahead of Monday's lunar eclipse

Int’l Critics Line: Anna Smith On Poland’s ‘Kill It And Leave This Town’

2 killed, 15 injured as car plows into pedestrians in Germany

The 10 best books of 2020, according to Amazon editors

Trump tells Georgia governor to 'do something,' as Kemp says interfering with election is illegal

How Selena Gomez inspired this bikini for her friend’s line

Nasdaq to Corporate America: Make your boards more diverse or get out

24 Christmas lights to illuminate your home for the holidays

Review: Hitman hiding out in England stars in 'Eddie's Boy'

Another Official Is Ousted From the Pentagon

Column: The despised Pilsen landmark plan gets a hearing today. Here’s how to save the treasured neighborhood.

The Ultimate Secret of Building a Loyal Customer Base

Dallas restaurateur apologizes for telling twerking women to 'get the f--- out,' claims context misunderstood

Car in Germany plows into pedestrians, kills at least 2

Car Plows Into Pedestrians in Germany, Killing at Least 2

Stream It Or Skip It: ‘Peyton’s Places’ Season 2 on ESPN+, the Legendary Quarterback’s Tour of NFL History

Why Hasn’t Biden Named a Secretary of Defense Yet?

Johnny Galecki and Alaina Meyer break up, are co-parenting baby

Why Companies are Turning to Flatfile to Solve Data Onboarding

Pop culture’s department stores taught us what to want

A Musical Homage to ‘Ratatouille’

Why is Sensex surging even when economy is in technical recession: Explained

US students fall behind in math amid pandemic school closures

We found the prettiest Christmas decorations for your home this winter

Ryan Reynolds doesn't want a street named after him

Woman dies weeks after being run over while defending son

‘Photoshop Battle’ Over Mark Ruffalo Skateboarding Is A Real Marvel

Column: This company will pay you to share your data. Is it worth it?

Stream It Or Skip It: ‘The Call of the Wild’ on HBO, in Which Harrison Ford is Second-Billed Beneath a CGI Dog

California got $1.3 billion in wildfire relief. Victims have received nothing, prompting outrage