Maxwell, the longtime girlfriend and alleged accomplice of the accused sex-trafficker, was arrested this morning and according to court documents and a person familiar with the matter, has been charged by New York federal prosecutors with six counts in connection with the ongoing federal investigation into Epstein's accomplices.

Prince Andrew’s legal team “will not be commenting” the arrest of Ghislaine Maxwell, they told CNN after Jeffrey Epstein’s former girlfriend and long-time associate was arrested in New Hampshire earlier Thursday.

What is this about: The Duke of York faces allegations stemming from his relationship with Epstein, who died by apparent suicide in August 2019 while awaiting trial on federal charges that he sexually abused underage girls and ran a sex-trafficking ring.

One of Epstein's accusers, Virginia Roberts Giuffre, has alleged that she was forced into sexual encounters with the prince while underage. In a 2015 federal court filing, Giuffre alleged Epstein forced her to perform sex acts with several prominent men, including Prince Andrew in 2001.

All of them have denied the allegations.

In a televised interview to the BBC in November 2019, Prince Andrew denied having seen anything that struck him as suspicious when he was around Epstein.

Spencer Kuvin, who represents six alleged Epstein victims, said while they are happy about news of Ghilaine Maxwell's arrest, some remain "skeptical."

“On behalf of the victims, we are very happy that the US Attorney’s Office has decided to move forward on this arrest, which is hopefully just the beginning. We’re hopeful that there will continue to be additional arrests with respect to other co-conspirators," he said.

Kuvin added: “The victims are very skeptical because there have been arrests in the past and the US government has not followed through.” 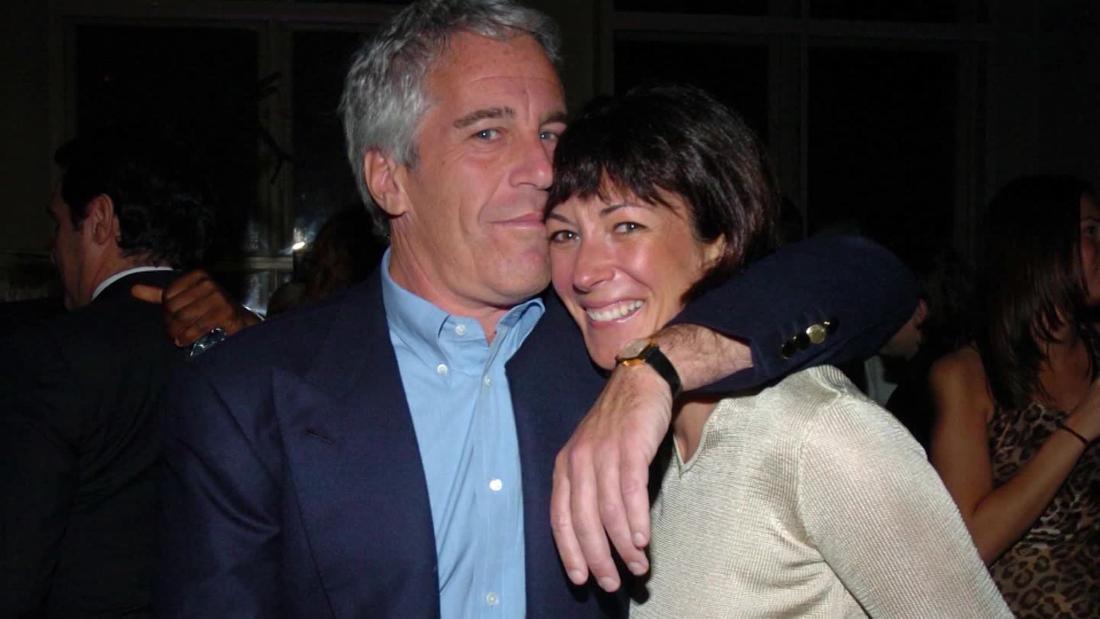 Following today's arrest, focus again has turned to Ghislaine Maxwell, a British socialite and ex-girlfriend of Jeffrey Epstein, who has faced allegations that she recruited and trafficked underage girls for the disgraced US financier who died by apparent suicide last August.

Here's what we know about the woman at the center of the Epstein scandal:

Childhood: Born in 1961, British socialite Ghislaine Maxwell grew up in the idyllic Oxfordshire countryside and is the daughter of Robert Maxwell, a Czech-born newspaper tycoon and British lawmaker who died under mysterious circumstances. The media magnate fell off his luxury yacht — called "Lady Ghislaine" — around the Canary Islands in 1991.

He was posthumously discovered to have committed a massive pension fraud against his employees. In 1991 the media mogul died, with an inquest ruling that his death was due to a heart attack combined with accidental drowning. However, some believe Maxwell's death was suicide with his business empire teetering on the brink of ruin.

Move to the US and relationship with Epstein: Following her father's death, Maxwell reportedly moved to the United States.

In the US, Maxwell lived a public life and socialized in exclusive circles that included people connected to politics.

She and Epstein are reported to have split in the 1990s, although the socialite remained close to the pedophile. Her name has been frequently mentioned in a cache of documents that were unsealed earlier this year that allege she was a procurer for Epstein and other high-profile people. In 2003 Epstein described Maxwell as his best friend in a profile with Vanity Fair.

In 2012, Maxwell founded the charity, the TerraMar Project, which sought to encourage ocean conservation. However, the non-profit ceased operations in December 2019, according to records at the UK's Companies House.

The same year federal prosecutors in New York unsealed a criminal indictment charging Epstein with having operated a sex trafficking ring between 2002 and 2005 where he paid girls as young as 14 to have sex with him.

Out of the public eye: Despite the accusations launched against Maxwell, she had largely remained an enigma whose recent whereabouts had been shrouded in mystery.

For a woman who once reveled in the attention she received as she mingled with some of the most high-profile politicians and celebrities, Maxwell did an incredible job of hiding herself away from the public eye.

Ghilaine Maxwell was arrested this morning in New Hampshire in connection with the Jeffrey Epstein investigation, according to a person familiar with the matter. Maxwell was taken into custody and is expected to have a court appearance later today, the person said.

She has been charged by New York federal prosecutors with six counts in connection with the ongoing federal investigation into Epstein's accomplices, according to court documents and a person familiar with the matter.

Those victims, according to the indictment, included girls as young as 14 years old.

Maxwell, the long-time friend of Epstein, has been under investigation for facilitating Epstein’s recruitment of young girls and women. Maxwell has been named in multiple lawsuits by women who said they have been abused by Epstein.

Maxwell has denied any wrongdoing.

The main veterans of the top 5 leagues: Buffon, Joaquin, Cristiano Ronaldo and the 42-year-old defender of Montpellier
Lampard on Willian's future: It will be his choice. I don't have an answer
Drogba again claims the post of President of the ivory coast football Federation’Ivoire's: I want to contribute to the revival of Ivorian football
1,154 goals were scored in 2019/20 Serie A. Most of all in the top 5 of the League
Hennessy on the politics of Borussia: How will a player absorb the club's DNA when they know they are just an object for sale?
Lecce – the first club since 1994, relegated from Serie A with 52 goals scored
Did you see de Bruyne up there? Manchester City congratulated the astronaut who returned to Earth on Elon Musk's ship
Source https://edition.cnn.com/us/live-news/ghislaine-maxwell-jeffrey-epstein-charged/index.html?utm_source=feedburner&utm_medium=feed&utm_campaign=Feed%3A+rss%2Fcnn_latest+%28RSS%3A+CNN+-+Most+Recent%29

A surfer was bit by a shark in Florida's Volusia County, marking its fourth attack this year

3 Dead in Attack on Afghan Jail, Scores of Prisoners Flee

Detroit Tigers fall to Reds in Game 1 of 2, despite Tyler Alexander's record-setting day

Arrests Over Illicit Party Boat With 170 Guests Cruising Around N.Y.C.

What happens in August could be key in Latin America's coronavirus fight, expert says

‘Thanks for Flying SpaceX’: NASA Astronauts Safely Return to Earth

GOP scrambles to fend off Kobach in Kansas primary

How the Media Could Get the Election Story Wrong

Sun-baked Southern California expected to cool off by Wednesday, according to weather service

Eduardo Rodriguez out for season with post-COVID-19 heart issue

Some foster parents object to new Iowa rules on vaccination, spanking own children

Isaias strengthens slightly as it pushes toward East Coast

'Everything is over the top': How O.C. hair salons work through the coronavirus

In Congress, challenges of combatting coronavirus parallel fights across the country

Garver, Twins lean on pen for 2-hitter to top Indians 3-1

Detroit Tigers fall to Reds in Game 1 of 2, despite Tyler Alexander record-setting day

All those pandemic pay cuts America's top executives were taking? Eh, not so much

Clyburn Says Trump “Is Mussolini”: “I Don’t Think He Plans to Leave the White House”

Covid Tests and Quarantines: Colleges Brace for an Uncertain Fall

Mets' Cespedes opts out of MLB season due to coronavirus, after no-show at game

Yoenis Cespedes a no-show for Mets game, decides to opt out of season

NBA live updates: What does Day 4 have in store for NBA fans?