USA
Trusted
Huffpost
An article was changed on the original website

John Mayer Is Bummed That Jennifer Lawrence Won't Date Him

Dating John Mayer used to come with the near-promise of the singer writing a song about you and later revealing lurid details about your skills in bed. Which is probably why a lot of image-conscious celebrities are hesitant to date the 40-year-old now.

While they won’t go out with him, Mayer said that A-listers will hang out with him ― but only if his BFF Andy Cohen is around.

“You have a lot of friends who, without you, would want nothing to do with me and I find that exciting,” Mayer said on an episode of “Watch What Happens Live” that aired over the weekend. “You’re friends with Jennifer Lawrence, who just, she doesn’t wanna have anything to do with me. I don’t have the greatest track record when it comes to celebrity relationships.”

“It’s amazing to watch your friends humor me on a friend level but also keep a fair distance from me,” he said, as Cohen laughed. “Because if you are someone who cares about your image... dating John Mayer, at this point, is just conceptually sort of a no-no.”

The star added one last self-deprecating jab: “So it’s really fun to get to hang out with your A-list star friends who otherwise would be highly uncomfortable sitting around me.”

But the singer famously revealed a little too much about his celebrity exes, speaking about his sex life with Simpson in a 2010 Playboy interview that will live in infamy.

“Sexually it was crazy,” he said of his and Simpson’s love life. “It was like napalm, sexual napalm. Did you ever say, ‘I want to quit my life and just fucking snort you? If you charged me $10,000 to fuck you, I would start selling all my shit just to keep fucking you.’”

In the same interview, he spoke about dating Aniston, calling her the “most communicative, sweetest, kindest person.” He also denied that the song “Heartbreak Warfare” is about her.

Maybe he’ll have better luck with Cohen as his wingman (and staying away from answering interview questions about his exes). 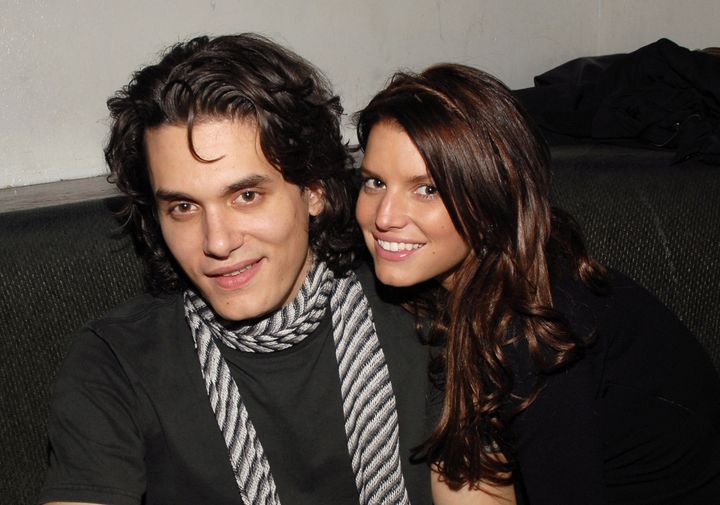 Gasperini on two penalties for Juve: They are above any rules in Italy. Did we have to cut off our hands?
Sarri Pro 2:2 with Atalanta: We played with one of the best teams in Europe right now
Pep Guardiola: Manchester City have won a place in the Champions League on the pitch. I hope that UEFA will allow us to play
Atalanta extended their unbeaten streak to 14 games and is ranked 3rd in Serie A
Ronaldo scored his 27th goal in Serie A, converting a penalty in the game against Atalanta. Immobile has 29 balls
Sterling scored 27 goals for the season and broke his record. He scored a hat-trick against Brighton
Three Atalanta players have scored 15+ goals in the Serie A season. This is the best result since 1952
Source https://www.huffingtonpost.com/entry/john-mayer-celebrities-wont-date-him_us_5b157e4fe4b010565aaeaa89

Why New York Times praises ‘cancel culture’ but skips over its own racist history: Goodwin

In 4th consecutive weekend of children fatally shot, boy, 15, is among 9 dead, at least 30 wounded as Chicago gun violence surges

4 questioned in vehicle theft after CPD car crashes in Lawndale

With fans back, Dixon wins at Road America for 3rd straight

Two years after woman was found dead at bottom of Manhattan trash chute, father maintains she was murdered

Mueller reminds us that Roger Stone is still a convicted felon, no matter what Trump tweets

Trump administration announces 25 percent tariff on $1.3B in French handbags, cosmetics, other goods

Amid a national movement to defund the police, LAPD officers stage a protest of their own

Scott Stringer drops the green eyeshades for his own spending dreams

The More Competition, The Better

Before the virus, Asia's ecosystems were buckling under overtourism. When the tourists return, it has to be different

Is Southeast Asia ready for tourists to return after the pandemic?

NYC ER doctor battled COVID-19 before taking her own life

In op-ed, Robert Mueller says Roger Stone is a convicted felon and 'rightfully so'

Jamal Crawford is ready for Nets after ‘baffling’ NBA hiatus

NASCAR Gander Outdoors Truck Buckle Up In Your Truck 225 Results

Yankees can forget about being American League favorites

Mueller on Stone: "He remains a convicted felon, and rightly so"

In Commuting Roger Stone's Sentence, Trump Goes Where Nixon Would Not

'In an Oly final, it's that 1% edge that makes all the difference': Bindra

What Trump learned from Newt Gingrich

What Exactly Is Going on With Will Smith and Jada Pinkett Smith?

Thousands Call on Bulgarian Government to Resign in Anti-graft Protests

'My heart is full of sadness': Faithful stunned by destruction of San Gabriel Mission fire

Child recovering after being shot 4 times during drive-by

Stream It Or Skip It: ‘Last Christmas’ on HBO, in Which Emilia Clarke Works Hard to Save a Cheesy Holiday Mess

Essential workers still lack essential protections, this week in the war on workers