Justin Bieber is opening up about his personal life with wife Hailey Baldwin.

The 26-year-old appeared on "The Ellen DeGeneres Show" on Tuesday, where the daytime talk show host grilled him on the couple's future, and whether he and Baldwin are ready to start a family.

The "Holy" singer confessed the two certainly haven't ruled out kids. In fact, Bieber hasn't written off any amount of children in his future, but is taking it slow because Baldwin, 24, isn't quite ready.

"I'm going to have as many as Hailey is wishing to push out," Bieber, wearing a backward hat, jeans and a black zip-up sweatshirt, tells DeGeneres in a sneak peek clip released Tuesday morning. 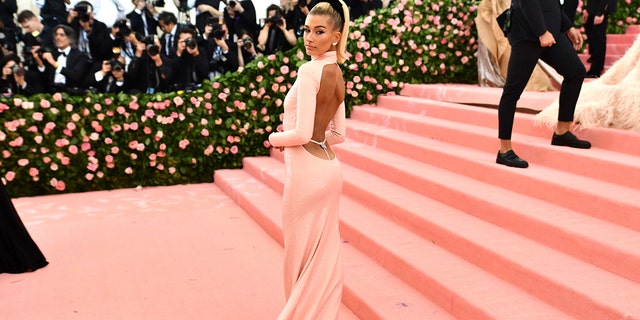 Justin Bieber says he's waiting to have children with his wife Hailey Baldwin until she is ready. (Charles Sykes/Invision/AP)

"I'd love to have myself a tribe," Bieber continued, adding that ultimately the decision comes down to his wife.

"It's her body and whatever she wants to do," Bieber said of Baldwin. "I think she wants to have a few, at least two or three."

Bieber confirmed that Baldwin is a lover of kids as well.

"There's not really an issue but I think Hailey just has some things she wants to accomplish as a woman," he said. "She just is not ready yet, and I think that's OK."

"I was hoping that was the answer because I know how much you love kids and you're going to be such a great dad. But I think that's really important," DeGeneres agreed. 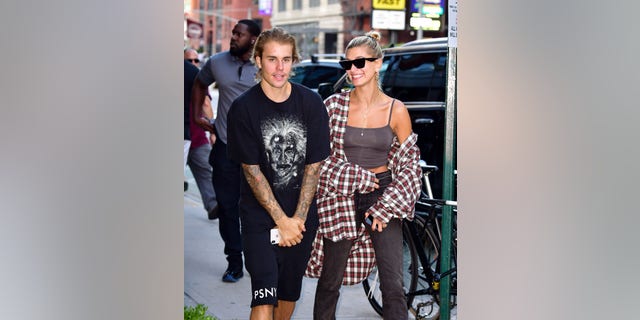 Justin Bieber and Hailey Baldwin celebrated one year of marriage in September. The pair got married in a large, traditional ceremony at the Montage Palmetto Bluff resort in Bluffton, S.C. (James Devaney/GC Images)

Bieber also touched on his tattoos, admitting that while Baldwin wasn't necessarily against his latest neck tattoo of a rose, she doesn't want to see any others.

"No more neck tattoos, that's what Hailey says," he said.

Although Bieber does have a plan for when he and Baldwin do finally settle down to raise a family. He confirmed to DeGeneres that when the couple welcomes little ones, he has reserved his back for some new ink in their honor.

"So you'll do a family portrait of you all sitting in front of a fireplace, you and Hailey and the kids? That would be great. You should do a tattoo and make it look like it's in a frame on an easel," DeGeneres joked.

Bieber and Baldwin celebrated their one-year wedding anniversary in September.

"Hailey Bieber. I am so lucky to be YOUR husband!" Bieber, 26, gushed on Instagram.

He continued: "You teach me so much every day and make me such a better man! I am committed for the rest of our lives to empower you to be the woman God has called you to be! My heart is to enable you to achieve all of your wildest dreams!" 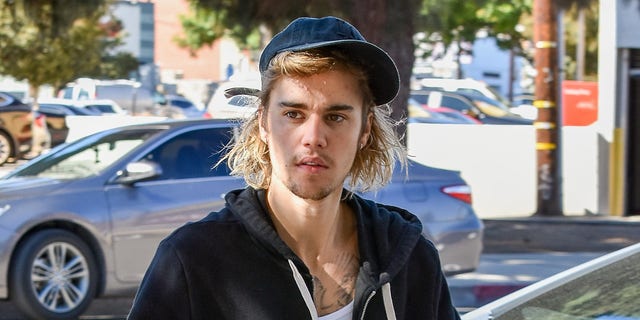 The 'Holy' singer said he's love to have 'a tribe' of kids one day. (Getty Images)

"I promise to always put you first, to lead with patience and kindness!! Happy anniversary my beautiful sweet girl," the pop star concluded.

Meanwhile, Baldwin also shared several photos from the pair's special day, captioning the post: "1 year ago we had the best wedding. Wish I could live this day over and over."

The pair got married in a large, traditional ceremony on Sept. 30, 2019, at the Montage Palmetto Bluff resort in Bluffton, S.C.

Before that, Bieber and Baldwin secretly got married in September 2018 at a New York City courthouse just two months after getting engaged in June 2018.

Ex-CSKA forward Denis Popov has been appointed head coach of SKA Rostov
Solskjaer after 1-2 with Sheffield: Manchester United have no time to feel sorry for themselves. Saturday's match with Arsenal
Brother Chalova moved to the Serbian Subotica
Barcelona will not sign Garcia in the winter due to financial problems
Rodgers on the draw with Everton: It was unlucky that Leicester did not score the second goal
Ancelotti on 1-1 with Leicester: I don't remember Hames scoring with a right before
Andrea Pirlo: In my 1st season at Juve, we were behind Milan, but we took the title. Everything depends on us
Source https://www.foxnews.com/entertainment/justin-bieber-tribe-kids-wife-hailey-baldwin?utm_source=feedburner&utm_medium=feed&utm_campaign=Feed%3A+foxnews%2Fentertainment+%28Internal+-+Entertainment+-+Mixed%29

Analysis: After building a radicalization engine, Mark Zuckerberg aims to 'turn down the temperature'

Could post-vaccine life mean we return to normal? Not just yet

At Sundance, pandemic dramas unfold on screen and off

Poland puts new restrictions on abortion into effect, resulting in a near-total ban on terminations

We Owe the Lincoln Project Our Thanks

How the Self Triumphed Over the Community

After the Inauguration, Conservatives Need to Rediscover Poetry

Judge Andrew P. Napolitano: The Constitution is not for sale

In the Republican Party, the post-Trump era lasted a week

Cloris Leachman knows just how to serve it up

Simms leads Clemson to 54-50 victory over No. 25 Louisville

Chicago parents told not to bring kids to school as impasse between teacher's union, district continues

9-Year Sentence for Man Who Threatened to Kill President Trump

Bass can earn $8.5M over 3 years with Marlins if he closes

No. 6 Stanford rolls over Washington State 71-49

Emmett Till house in Chicago designated as a city landmark

Hannity slams Biden’s climate plan: 'Mark my words, this will not end well'

Disney Cruise Lines Extends Cancellations Out To April, Early May

Faisal Sheikh aka Mr Faisu: I started very casually, had no intention to be an influencer (Exclusive)

Biden likely to delay executive orders on immigration, including a task force to reunite families

With quarantines almost over, tennis set to start Down Under

Hey, WHO! Do a real Wuhan probe: Devine

House Republicans face some backlash over vote to impeach

Wall Street is 'losing its mind' as small investors are 'taking down the billionaires': Charles Payne

Democratic House staffers draft letter to senators on impeachment: Convict Trump 'for our sake, and the sake of the country'

Nuggets run away from short-handed Heat, 109-82