When Kathie Lee Gifford was approached to collaborate with Ancestry to bring the world a virtual Memorial Day Parade to commemorate and honor those who have paid the ultimate sacrifice for our nation’s freedom, she leaped at the opportunity.

The former “Today” co-host, 66, and now-Nashville native said she couldn’t contain herself when the family history conglomerate tapped her to host the Memorial Day “Parade of Heroes” on May 25, which will also serve as a celebration to the end of World War II, and with it, life stories of valor and sacrifice as told by veterans who have served in different eras.

“I just have always been extraordinarily grateful for people's service. I always say: 'And thank you for your service.' I mean, being locked down so much in these past couple of months, I think people understand how precious our freedom is,” Gifford told Fox News on Thursday. “And it's never free. It's got the word 'free' in it but somebody had to fight for that – for us to have it.”

“I was so honored that they asked me – they could have asked anybody and probably everybody would have done it. But they asked me and I was honored. Very much so,” added Gifford.

The longtime Hoda Kotb running mate said she “respects and applauds” past and present servicemen and women “all over the world working right now to secure that and to maintain such a necessary part of our existence – to know that we're secure and in our own homes, in our own country."

She also shared her family’s deep connection to our nation’s military that dates back two generations, revealing that her own father was a 20-year veteran who served in the Navy and lied at age 17 in order to join our military where he ultimately served in Europe and where Gifford would later be born.

“My father was a 20-year veteran as well. He lied about his age – I always say to him it was the only bad thing he ever did. Lied about his age when he was 17-years-old when Pearl Harbor happened and joined the Navy as well,” Gifford explained. 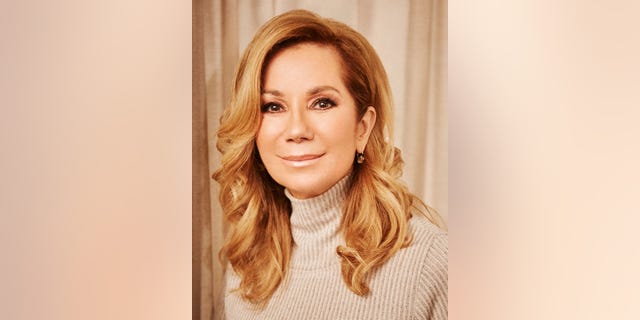 Gifford, herself, was born in 1953 in Paris, France because her father was stationed at Supreme Headquarters Allied Expeditionary Force (SHAEF) Headquarters on General Dwight D. Eisenhower's staff.

"So my father continued to serve in Europe after the war and then served many, many more years at the U.S. Naval Station in Washington, D.C.," Gifford shared. "So, yes, there's a long history. And I just have always been extraordinarily grateful for people's service.”

Gifford said she is excited for folks at home to be able to tune into the virtual Memorial Day parade given the current coronavirus pandemic that has forced many to physically distance themselves from others, thwarting any potential for large crowd gatherings.

“In the past, what people did was they went to their Memorial Day parade down their main streets of their towns and then maybe remembered somebody in their family that had passed or been killed or served in the war,” she said while exuding her eagerness to hear the real-life war stories that would be shared as well.

“But rarely do we hear the individual stories told so beautifully," she said. "I know that they are living combat veterans, but they span different generations and different wars. So we have a different perspective, too. It's not just World War II.”

“I mean this is the 75th anniversary of the final end of World War II. So it's got extra meaning in that respect to 75 years since we won that incredible battle against tyranny on two different continents,” added Gifford. “So I'm grateful that we're going to be able to do this. These stories are extraordinary.”

KATHIE LEE GIFFORD ON FAITH BEING 'CENTRAL' TO WHO SHE IS: 'IT'S NOT A RELIGION TO ME, IT'S A RELATIONSHIP’

Gifford said she has always remained interested in learning about her lineage, thanks in large part to her mother, and the self-proclaimed “history buff” maintained that it’s important to her that everyone learns where they came from – and with Ancestry, people have a real chance to build their family tree.

“I think it's great to know who came before you [and] I'm a history buff anyway – my mom did our genealogy quite a few years ago and she was born under very, very sort of mysterious circumstances,” Gifford said. “A lot of pieces of the puzzle were missing. And when she did that, it gave her a great sense of peace and comfort and actual pride, too. She found out all kinds of things that she was like, 'Wow!'” 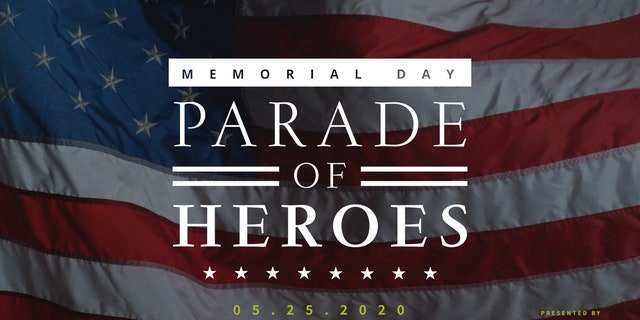 “I'm sure that there are some things we can discover that we're not going to like too much as well,” she noted. “But I always think [the] truth is power, so find out, and it's fascinating. And it's a fun thing to do as a family as well ... [to] find out your own family history -- and you can go on Ancestry for free on the website -- and find out some of the people [who] did serve in your own family, so I think that's worth doing.”

During the live virtual Memorial Day Parade, viewers will also be treated to appearances from celebrities such as Rob Lowe and Mario Lopez as well as incredible performances from the likes of Tori Kelly, the Lincoln Way Marching Band from New Lenos, Ill., and Gifford’s favorite of the bunch the Acapop! Kids – a group of 25 vocalists handpicked and arranged by the Grammy Award-winning and multi-platinum brain trusts behind Pentatonix.

“I think Pentatonix is the best. They are unbelievable. They had their very first national television appearance back on the 'Today' show,” Gifford said before making the joke that she’d forever be connected to the acapella performers.

She continued: “So I'm kind of linked to them. Not in an Ancestry.com kind of way, but in a personal way. I know they're going to be spectacular and to see that kind of musical discipline and musicality coming from kids, I think it's amazing. That's what I'm most excited about.”

Ancestry’s “Parade of Heroes” will stream on May 25 at 11 a.m. EST on the company’s Facebook page.

Werner goes to Chelsea: Liverpool clearly explained the refusal to Klopp, and Granovskaya pulled off the transfer online
Toni Kroos: in Spain, when I come to the meeting three minutes before the start, I will be the first, in Germany-the last
The homes of Benfica players were threatened after the attack on the club bus
Have you seen the Loco gun? The ball comes out of it with the same sound as when you hit it, but there is no impact! How so?
Chelsea have agreed to transfer Werner for 60 million euros
Ronaldo dressed up as Aladdin, Georgina as a Power Ranger for the children's birthday
During a 6-hour shift, you can't drink, eat, or go to the toilet. Two monologues from the RPL about doctors who are fighting the virus
Source https://www.foxnews.com/entertainment/kathie-lee-gifford-ancestry-host-virtual-memorial-day-parade-deep-wwii?utm_source=feedburner&utm_medium=feed&utm_campaign=Feed%3A+foxnews%2Fentertainment+%28Internal+-+Entertainment+-+Mixed%29