The attorney general of Kentucky extended condolences to the family of Breonna Taylor this week, meeting with them for the first time since Taylor was fatally shot by police during a drug raid in March, according to reports.

Attorney General Daniel Cameron claimed he didn’t try to meet with the family sooner because he wanted to avoid any interference with his office’s investigation into the case, family members told ABC News.

“He wants to have the right answer at the end of this. He doesn’t want to rush through it,” Taylor’s mother, Tamika Palmer, said at a Thursday news conference, one day after she and other family members met with Cameron and Louisville Mayor Greg Fischer.

At the meeting, Cameron claimed that new interviews with witnesses would be conducted as part of the investigation, Taylor family lawyer Sam Aguiar told the Courier Journal of Louisville. 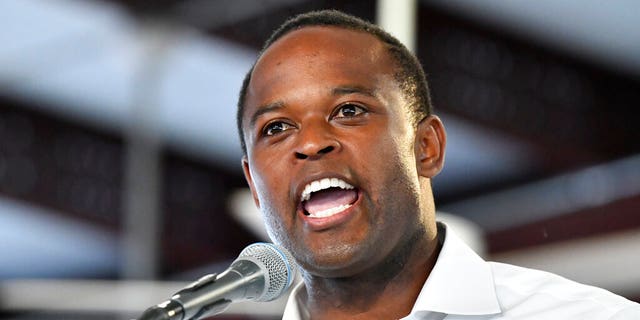 ​​​​​​​Kentucky Attorney General Daniel Cameron is seen Aug. 3, 2019, prior to his election to the office. (Associated Press)

The death of Taylor, 26, on March 13 in Louisville, sparked outcry and unrest in the city and drew broader national attention following the death of George Floyd in police custody in Minneapolis two months later.

Taylor was shot multiple times after police executed a “no knock” warrant at her apartment as part of a drug investigation. They claimed Taylor had been accepting packages for an ex-boyfriend who was a subject of the probe, ABC News reported.

Police have claimed that officers began firing their weapons after Taylor’s new boyfriend, Kenneth Walker, began firing at them, striking one police officer in a leg.

Walker claimed afterward that he mistakenly believed the police entering the apartment were home invaders who were trying to commit a robbery. An initial charge of attempted murder against Walker was later dropped, Louisville FOX station WDRB-TV reported. 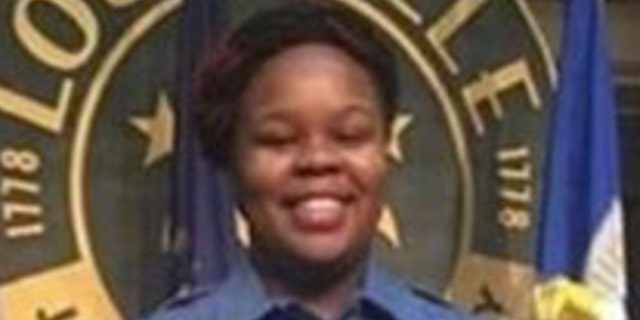 The detective who was fired, Brett Hankison, had used his weapon “wantonly and blindly” during the raid, according to a termination letter signed by Louisville police Chief Robert Schroeder.

Other officers involved in the raid have been identified as Sgt. Jon Mattingly and Detective Myles Cosgrove.

In late July, a judge ruled that Louisville city officials must turn over all recordings of police radio communications before, during and after the raid – after Taylor’s family argued the recordings could reveal more information about the raid, during which none of the police officers was wearing a body camera, authorities have said.

Lawyers for the city claimed the request for radio recordings amounted to a “fishing expedition.”

Rakitic on Messi and Suarez: We were never close friends. I am grateful for the way they treated me
Ibrahimovic scored for Milan in both games of the season. He will be 39 next week
Now the promotion does not differ from the badge on the chest. Players the CRC has not got down on his knee before the match and defended them black sortdir
Roma can be awarded a technical defeat in the match with Verona. The club incorrectly stated diavara
Zinchenko and Bernardo Silva will not play against Wolves due to muscle injuries
Racism doesn't stand a chance. Milan against discrimination
Puig does not want to leave Barca and will fight for a place in the squad. Koeman advised him to go on loan
Source https://www.foxnews.com/us/kentucky-ag-meets-with-breonna-taylors-family-for-first-time-5-months-after-her-death

Pine-Sol can kill COVID-19, according to the EPA — here’s where to buy it

I Teamed Up With a Bunch of Strangers to Save Animals From the Oregon Wildfires. Here’s What I Witnessed in the Face of Tragedy

International Day of Peace: Inspiring quotes worth living by

Can the Senate vote on a replacement for Justice Ginsburg before the election?

The Bobcat Fire is one of the largest in Los Angeles County history after scorching more than 100,000 acres

Kudlow Claims the US Has ‘Regained Control’ of Coronavirus

Nursing home staffers face stress and their own COVID-19 worries

Why Ruth Bader Ginsburg Wasn’t All That Fond of Roe v. Wade

Your guide to getting into Schitt’s Creek, this year’s Emmys comedy darling

Gina Yashere memoir 'Cack-Handed' to be released in June

US delegation visits Kosovo to invest in infrastructure

Do you remember? It’s a special night for Earth, Wind & Fire fans

‘A Climate Emergency Unfolding Before Our Eyes.’ Arctic Sea Ice Has Shrunk to Almost Historic Levels

Trump’s advantage: Fast but not furious

Ellen DeGeneres Returns to Show With Apology for Toxic Workplace

Hundreds of elephants may have died from toxic algae, officials say

LeBron James: Lakers critics would ‘s–t their pants’ in spotlight

Eli Manning doesn’t miss Giants days like this one

Aston Villa opens with 1-0 win after Martinez penalty save

The Battle Over Ginsburg’s Seat Is Set to Be All About Raw Power. But There’s Still a Way to Show Principles Matter

“It’s kinda like a first date”: How to make the most of starting a new job remotely

Dwayne Johnson rips off metal gate to get to work

Feds threaten funds to NYC, Seattle and Portland over unrest

A puppy was pulled from the rubble in an area devastated by wildfires. Rescuers named him Trooper

These are the top things on Americans’ remote working wishlists

Microsoft Is Buying ZeniMax Media and Bethesda for $7.5 Billion

From Tiny Desk to 'Fortnite,' K-pop sensation BTS had a busy morning

Jordan Fisher To Star In ACE Entertainment’s ‘Hello, Goodbye And Everything In Between’

‘Match made in heaven’: Deion Sanders to coach Jackson State

Microsoft is buying makers of Fallout, The Elder Scrolls; what it means