That band was, at the time, named Lady Antebellum. This June, following national protests about race and policing, the band dropped the "Antebellum" and shortened its name to Lady A, citing regret about failing to consider the "associations that weigh down this word referring to the period of history before the Civil War, which includes slavery." 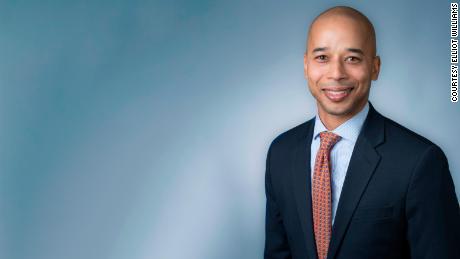 The band now finds itself in a complicated situation of its own making. And it's their own tone deafness, not morning light, that is making things worse.

Last week, they sued Anita White, a Black blues artist who has gone by the name "Lady A" for more than 20 years, seeking to enforce a trademark they have had for the name since 2011. In choosing to pick this fight now, the band showed us all the limits of our national moment of reckoning around race.

Put another way, plenty of public figures and companies presented themselves as racial progressives in the days during and following the protests. For many, that progressiveness seems to stop as soon as dollars are involved.

According to their court filing, the band formerly known as Lady Antebellum (I'll just call them "TBFKALA" for short) has sold 18 million album units and 34 million tracks and been streamed some 5 billion times. They have won seven Grammys and countless other honors.

In contrast, Ms. White started going by "Lady A" at karaoke nights in the 1980s. She has a day job working for Seattle Public Utilities. At the time of the filing of the lawsuit, the band's Spotify page had over 7 million monthly listeners. Ms. White's had 166.
While this may look like a case of David vs. Goliath, here both David and Goliath have entirely valid legal interests to protect. First, even though White never sought trademark protection for the name "Lady A," she was there first, and used the name for years before TBFKALA came along. Under the law, that may entitle her to rights to the name. However, the suit says the band got trademark protection for the name in 2011 after using it "interchangeably with 'Lady Antebellum' since the 2006-2007 timeframe."

At the time they applied for protection, any member of the public -- including White -- could have contested their application. She did not (though her failure to do so is not dispositive or settles the issue in favor of the group). The band has not sued for money, and merely seeks a ruling that affirms the validity of the trademark.

As so often happens in life and the law, the parties attempted to negotiate an outcome, and eventually things fell apart. The band claims that after White's team demanded $10 million ($5 million for her, and $5 million for charity), they "reluctantly" decided to proceed with a lawsuit.

While such a sum may seem outrageous, it may not be, for two big reasons. First, the simple one: Trademarks are very valuable. Second, in a music marketplace in which outlets such as Spotify and Pandora facilitate instant global distribution of artists' work, it can be challenging to put a dollar amount on the market value of even a solo former karaoke artist in the Pacific Northwest. These are questions for the parties, a court or the marketplace to sort out.

While one of White's demands was that she not have to share the name with the band, the law allows there to be two Lady A's (Ladies A?). The central legal question is how both parties will be allowed to enforce their rights -- in lay terms, that means things like being allowed to make money off of T-shirts with their logo on them -- down the road. That's all complicated, and both sides have a point.

But beyond the legal framework are symbolic questions that make the band look terrible.

Most importantly, the decision to drop the "Antebellum" stemmed from what they claimed was a desire to be more sensitive on issues of race. The lawsuit exposes the emptiness of their gesture. They got to have it both ways; they were able to join the chorus of public figures and brands signaling their virtue on issues of race -- all the while being prepared to shove aside a Black woman who challenged their entitlement.
The mere fact that you can sue to vindicate a legal right doesn't necessarily mean that you ought to. America has a long history of enabling White artists' co-opting and succeeding in musical styles pioneered by Black artists. Moreover, it is well established that country music has its roots in blues. With these two facts in mind, the irony of a major White country act suing a vastly less successful Black one for, in effect, the right to have something, should be lost on no one.
Along these lines, it is incredibly hard to feel compassion for a group of White Southerners who voluntarily chose to profit off of (then claim ignorance about) a term that an 11th-grade history student would know is tied to slavery in the United States. It should not have taken George Floyd's death for White people -- country singers or not -- to recognize the harm in glorifying slavery.

The band expressed in their announcement of the name change that in naming the band, they "did not take into account" the associations with the term and slavery. That they never even had to stop and think of what the term meant is itself a sign of their privilege. The lawsuit is just the icing on the cake.

Moreover, one can argue that the very point of our moment today is to fix, or at least address, racial inequality. If so, hauling a 61-year-old Black public servant into federal court is a rather curious way to go about that. Put another way, while the name change might have helped the band or its listeners manage their guilt, we can safely say that Lady Antebellum changing its name affected the life of not a single Black American in a meaningful way.

Conversely, the effect of costly litigation on White -- the kind of Black performer the country ought to be trying to elevate now -- could be profound. Given that sometimes a lawsuit isn't just a lawsuit, the solution here was to keep at the negotiating table and come to consensus, saying, as the band does in "Things People Say," "Can we work this out, baby we can work this out."

To be clear, this isn't just about TBFKALA. They have not been alone among many individuals and organizations that issued statements working through their own evolution on race. But we would not be wrong to view many of these with skepticism.

In the end, money talks, and progressiveness on race is often tied to a brand's ability to stay profitable. For instance, Monday's announcement from the Washington Redskins that they are dropping their racist team name was only possible because of sponsors' explicit threat to dissociate with the brand. Were it not for those threats, the team would likely have continued digging in about the name, as it had for decades. In a similar way, no matter how much legal merit there is behind their lawsuit, TBFKALA seems to be only as "woke" as their litigation and financial interests allowed them to be.

Ultimately, moving toward racial healing ought to be sincere, and not in the back seat to one's self-interest. Last week's lawsuit makes clear that for Lady Antebellum, taking a step on race was, to borrow one of their song titles, little more than something that "Sounded Good at the Time."

Porto signed Portuguese goalkeeper Ramos
Ferdinand on the Golden ball: If I were Levandovsky, I would create a petition. It's cruel
Bernardo Silva on the Champions League: Liverpool are out, Real Madrid are out, but it won't make our path any easier. Everything can happen
Arsenal are outraged by Ozil's Interview. The player defended his decision to refuse a pay cut
Juventus is Interested in Gozens. Atalanta wants 30-35 million euros for the defender
Sabitzer about 2:1 with atlético: Leipzig didn't want to go home. We are determined to stay in Lisbon until the end
Simeone on relegation from the Champions League: there Are no excuses. We couldn't play the way we wanted to
Source https://edition.cnn.com/2020/07/13/opinions/lady-a-lawsuit-anita-white-terrible-williams/index.html?utm_source=feedburner&utm_medium=feed&utm_campaign=Feed%3A+rss%2Fcnn_latest+%28RSS%3A+CNN+-+Most+Recent%29