Meena Harris defends Megan Markle on Twitter: Keep her 'name out of your damn mouth'

Meena Harris, the niece of Vice President Kamala Harris, is sending her support to Meghan Markle as the Duchess of Sussex is battling accusations of bullying while she was still a working member of the British royal family.

Harris, 36, took to Twitter to lend her support and promote the tell-all Oprah Winfrey interview with Markle and her husband Prince Harry.

It's the first time the Sussexes are speaking out on TV since stepping back as senior members of the royal family. The last time the couple did a joint interview was on their engagement day in 2017.

"Keep Meghan Markle's name out of your damn mouth. You are racist," Harris wrote.

"Just added the Oprah interview to my calendar as an ALL-DAY EVENT," she added.

On Tuesday, the Times in the U.K. alleged that Markle, 39, faced a bullying complaint made by one of her close advisers.

Buckingham Palace released a statement in response to the report. "We are clearly very concerned about allegations in The Times following claims made by former staff of The Duke and Duchess of Sussex," the statement read, as confirmed by Fox News on Wednesday.

MEGHAN MARKLE ‘IS SADDENED’ BY ALLEGATION OF BULLYING PALACE STAFF

"Accordingly our HR team will look into the circumstances outlined in the article," the statement continued. Members of staff involved at the time, including those who have left the Household, will be invited to participate to see if lessons can be learned." 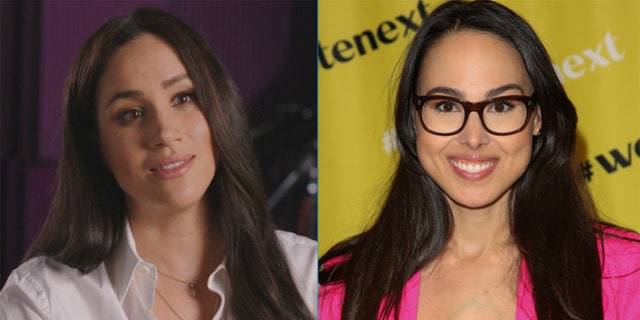 "The Royal Household has had a Dignity at Work policy in place for a number of years and does not and will not tolerate bullying or harassment in the workplace," the statement concluded.

"The Duchess is saddened by this latest attack on her character, particularly as someone who has been the target of bullying herself and is deeply committed to supporting those who have experienced pain and trauma," a spokesperson for the Duke and Duchess of Sussex said in a statement sent to Fox News on Wednesday.

"She is determined to continue her work building compassion around the world and will keep striving to set an example for doing what is right and doing what is good," the statement added.

According to The Times, the complaint was first made in October 2018, by Jason Knauf, the couple’s former communications secretary. The complaint alleged that the former American actress drove two personal assistants out of the household and undermined the confidence of a third staff member.

PRINCE HARRY REVEALS WHAT HE THINKS OF NETFLIX’S ‘THE CROWN’: ‘IT’S LOOSELY BASED ON THE TRUTH’

The outlet reported that Knauf submitted the complaint in an effort to protect palace staffers who alleged they were being bullied by Markle. Some claimed they were even reduced to tears. 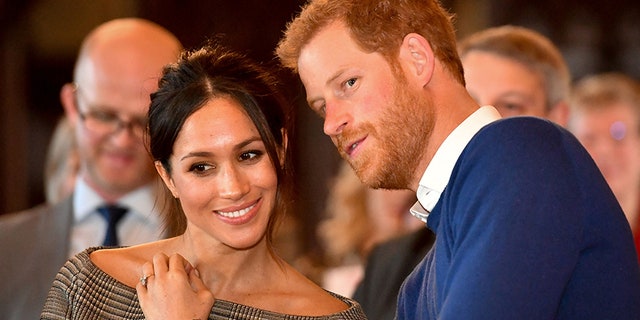 Meghan Markle and Prince Harry are sitting down with Oprah Winfrey in a tell-all interview.  (Reuters)

On Sunday, Markle and Harry are set to sit down with Winfrey in a no-holds-barred interview about their lives over the past few years, public scrutiny and pressure, and why they moved to America.

The sit-down, titled "Oprah With Meghan and Harry: A CBS Primetime Special," will air on March 7. The Emmy-winner, 67, attended their wedding in 2018 and lives near them in Montecito, California.

Neymar was named the best player of the week in the Champions League
Fans turned to Agnelli with criticism of the reform of the Champions League: You will only increase the gap between the rich and the rest in the expectation that fans will sacrifice time and money
If you put a judge, Hitler and Napoleon, and give me two bullets, I would put both of them in the judge. The coach of the student league conquered the English-language Internet
Real Madrid expects Ramos to leave. The club thinks it has a better offer (Cadena SER)
Owen Hargreaves: Cavani as an insurance policy for Manchester United. He needs to be kept, he is a great scorer
Armed men robbed Smalling's home in Rome. A player with his wife and child were inside
He was such a small, fat kid who was always hanging around with his PlayStation. Remembering Sergio Aguero before City

Here's why you must lay off processed meats, sugary drinks for sake of your gut: Explained

Gustavo Dudamel is Paris Opera's next music director. What does this mean for L.A.?

Brood X is almost here. Billions of cicadas to emerge in eastern US

Democrats, after slamming Trump for upending ‘norms,’ now eyeing sweeping changes of their own

World end prediction: Antichrist will arrive in world as charismatic leader [details inside]

After the Riot: 100 days since the attack on the Capitol

DC’s Emancipation Day: A ‘big step’ toward freedom, but only the first

Pence receives pacemaker after slow heart rate: What to know

Report: Human smugglers increasingly use Facebook to advertise services on the US-Mexico border

How to watch Prince Philip's funeral

Science journalist says earth is on "verge of another mass extinction"

Column: As pandemic pace slows, hospital chaplain sees COVID-19 workers begin to process trauma. ‘All of us up here were fighting a war.’

Iran Starts Enriching Uranium to 60%, its Highest Level Ever

How I Finally Kicked My Most Wasteful Kitchen Habit

For 25 Years, Taxpayers Picked Up Polluters’ Superfund Bill. That May Finally Change.

Kyrsten Sinema Is the Shiniest Wrench in the Senate’s Gears

8 people killed in shooting at a FedEx facility in Indianapolis, police say

Beijing warns US, Japan against collusion vs China

No Haj without two vaccine doses; Indian Muslims to get vaccinated [details]

Shootout at FedEx facility in US city; several injured [details]

US has been wracked with several mass shootings in 2021

2 Fearless Little Terriers Chase Trespassing Bear Out Of Their House

Dispatches From Quarantine: How Young People Are Documenting History

Why Hooker Furniture Should be a Small Cap Portfolio Fixture

US spy plane escorted by Russian fighter jet over the Pacific: report

In Talks With Japanese Prime Minister, Biden To Focus On Countering China

Can The Afghan Army Hold Off The Taliban Without The U.S.?

Iran starts enriching uranium at 60%, its highest level ever

China’s Growth Surges to 18.3% but the Pandemic Rebound Is Leveling Off

Worried about Your Child’s Inheritance If They Divorce? A Trust Can Be Your Answer

2.5 Billion T. Rex Roamed Earth, but Not All at Once, Study Says

Royal reconciliation or rift? William, Harry to be under 'intense scrutiny' at Philip's funeral

Cruise ships head back to Venice despite ban

'Nobody would tell me anything': Immigrant parents struggle to find children who crossed border alone