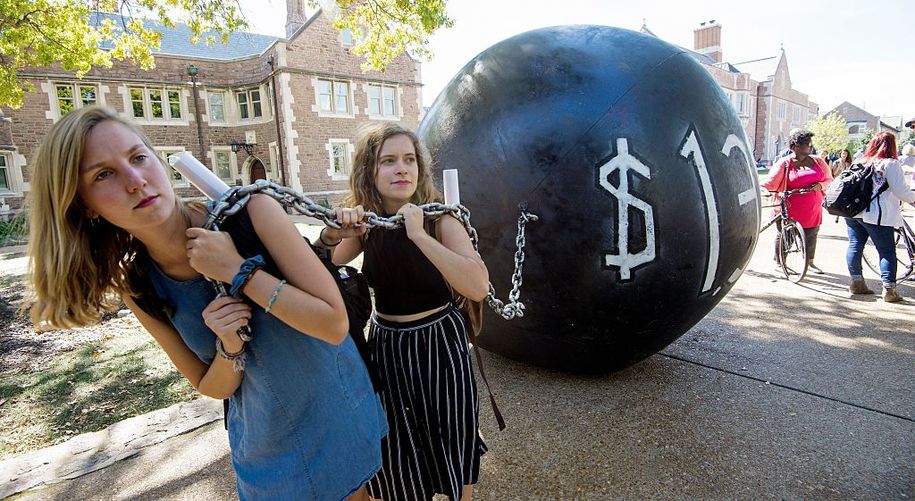 Alexis Goldstein at The New Republic writes—Canceling student debt will prevent irreversible wealth loss in younger Americans. But they’re not the only ones who would benefit: 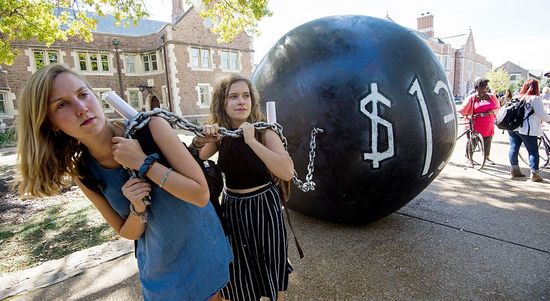 There’s a looming student debt cliff awaiting us in 2021. With America in the teeth of the Covid-19–enabled economic downturn, lawmakers suspended federal student loan payments for 80 percent of federal student loan borrowers. This measure, which President Donald Trump extended a few weeks ago, is set to expire on New Year’s Eve, which means borrowers will ring in the new year by restarting their student loan payments in one of the worst job markets in a decade. If Trump truly wanted to give relief to the 43 million people with federal student loans, he could cancel student debt, using the&nbsp;authority&nbsp;Congress gave the Department of Education decades ago. Senate Minority Leader Chuck Schumer and Senator Elizabeth Warren have now introduced a resolution urging Trump to do just that.

The beauty of canceling&nbsp;student debt is that it has benefits that redound to just about everybody: Research&nbsp;shows&nbsp;it would create more than one million jobs a year, as well as providing a&nbsp;considerable&nbsp;boost to our gross domestic product.&nbsp;Student debt cancellation has sometimes faced criticisms due to widespread misapprehensions about the sort of people who would extract the largest advantages, such as wealthy doctors and lawyers. In reality, debt cancellation would have the biggest impact on those most impacted by the&nbsp;coronavirus pandemic: It would be a lifeline for the nation’s seniors and to the Black and brown communities. It would lessen the fallout of the permanent wealth loss this year’s graduating class is experiencing as the Covid-19 economic crisis intensifies. In terms of something we could do right now to safeguard the economy against the ravages of the virus, this move would go a long way to ensuring that several&nbsp;generations of Americans don’t get cast adrift.

When you think about who benefits from debt cancellation, you might not immediately think of older Americans—but you should.&nbsp;Millennials are far from the only cohort struggling with this burden. In fact, the share of borrowers over 60 with student debt has&nbsp;quadrupled&nbsp;over the last decade, making it the fastest-growing age bracket of student debtors, according to a 2017&nbsp;report&nbsp;by the Consumer Financial Protection Bureau. In increasing numbers, seniors are carrying student debt loads later and later in life; in addition, too many have taken out loans to help pay for their children’s or grandchildren’s education. [...]

“A state of half-ignorance and half-indifference is a much more pervasive climate sickness than true denial or true fatalism.” ~~David Wallace-Wells,&nbsp;The Uninhabitable Earth: Life After Warming&nbsp;(2019) 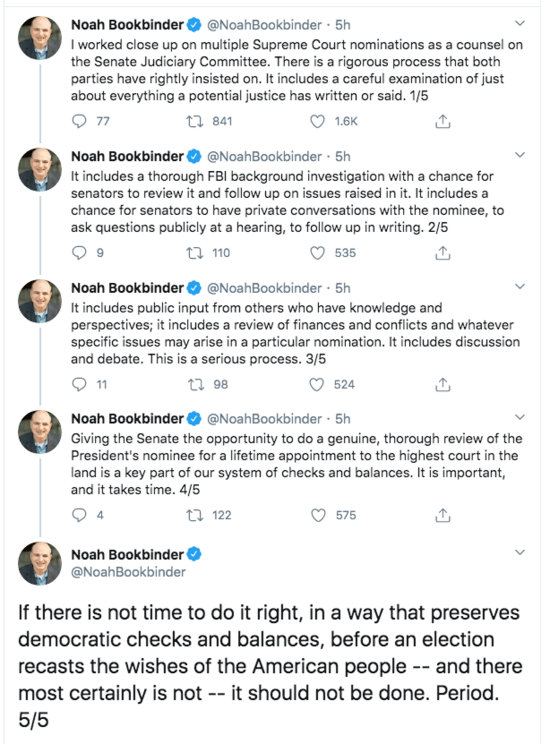 At Daily Kos on this date in 2008—Three Times is Enemy Action:

James Bond's wealthy nemesis may have had an obsession with gold, but he judged, quite correctly, that if people keep putting your plans awry, that was likely their intent.

In 1982, the same year John McCain entered the Senate, a bill was put forward that would substantially deregulate the Savings and Loan industry. The Garn-St. Germain Depository Institutions Act was an initiative of the Reagan administration, and was largely authored by lobbyists for the S&amp;L industry—including John McCain's warm-up speaker at the convention, Fred Thompson. The official description of the bill was "An act to revitalize the housing industry by strengthening the financial stability of home mortgage lending institutions and ensuring the availability of home mortgage loans." Considering where things stand in 2008, that may sound dubious. It should.

Seven years later, the S&amp;L industry was collapsing. What was the cause? Garn-St. Germain handed the S&amp;Ls a greatly expanded range of capabilities, allowing them to go head to head with full service banks, but it didn't give them the bank's regulations. Left to operate in an anarchistic gray area, S&amp;Ls chased profits, indulged in amazing extravagances, and cranked out enough cheap mortgages to fuel a real estate boom. They also experimented with lots of complex, creative -- and risky -- investments, even though they didn't have the economic models to really determine the worth of the things they were buying. The result was a mountain of bad debts and worthless "assets." &nbsp;Does any of that sound eerily (or nauseatingly) familiar?

On today’s Kagro in the Morning show: Greg Dworkin draws the tough task of rounding up the RBG weekend. Plans for the next move begin hatching. Jared's War Dogs-but-for-PPE team has a surprise whistleblower. A Mueller insider's book details how &amp; where Bobby Three-Sticks blew it.

Barcelona are working on extending their contract with Fati. Mendes wants the player got a raise
Hames will miss the Premier League match with Southampton
Goetze scored two goals in his first two games for PSV
Real Madrid are paying the price for a stupid sale to Ronaldo. No one to score. Calderon on the club's problems
Ozil posted a GIF of himself at work in the office: Forward, Arsenal
The Slovenian youth team wants to expel the tyrant coach: he is Against warm-UPS, forbids sleeping on planes and celebrating goals
Ozil on the rapid match: I'll support Arsenal at the TV. I bet on a 4-1 win
Source https://www.dailykos.com/stories/2020/9/21/1979428/-Monday-Night-Owls-Young-Americans-wouldn-t-be-the-only-winners-from-canceling-student-debt

‘The Undoing’ Is Unoriginal But Highly Watchable

This Is What a ‘Return to Normalcy’ Looks Like

Facebook’s independent oversight board is finally up and running

The best online grocery delivery services you can use right now

College Football Feels All Too Normal During The Pandemic

The best under-$20 skin care on Amazon, according to derms

What Time Will ‘Borat 2’ Be on Amazon Prime?

What to Watch This Weekend: Our Top Binge Picks for October 24-25

Southwest Airlines says it will sell every seat

Six California firefighters lost their homes while battling the flames. Days later, a CNN Hero provided RVs for them to shelter them

Looking to buy a home? It'll cost you a lot more than a year ago

Lake Bell splits from Scott Campbell after 7 years of marriage

Kobe and Gianna are two rising baby names of 2020. Karen's on the decline

Body bags, hotel rooms — and grenades? How Illinois has spent over $1.6 billion in response to COVID-19.

Gisele Bündchen Reveals She Only Uses Water To Wash Her Face

Trump on Supreme Court case that could overturn Obamacare: “I hope they end it”

Ken Starr: Amy Coney Barrett could be on Supreme Court for 4 decades and become next chief justice

Questions abound as No. 11 Miami prepares for Virginia

The vicious days of Giants-Eagles rivalry: ‘Out to murder you’

Review: Poisoned on the job, 'Radium Girls' fight back

The Iowa Senate Race Wasn’t Supposed to Be This Close

Watch the exact moment a NASA spacecraft 'tags' an asteroid

SAG-AFTRA and Actors Equity are fighting: What is this union beef about?

NASA’s OSIRIS-REx Probe Punched an Asteroid in the Name of Science. Here’s What the Mission Could Teach Us