Karnataka to ease lockdown from May 18: gyms, salons to reopen

Once the lockdown ends, more than 70 per cent Indians would avoid public transport while 62 per cent indicated to avoid cab-hailing apps like Ola and Uber, a new survey revealed on Friday.

The findings showed that 71 per cent people would reduce shopping in malls and supermarkets and 80 per cent said they will continue with online shopping, according to market research and analysis firm Velocity MR. 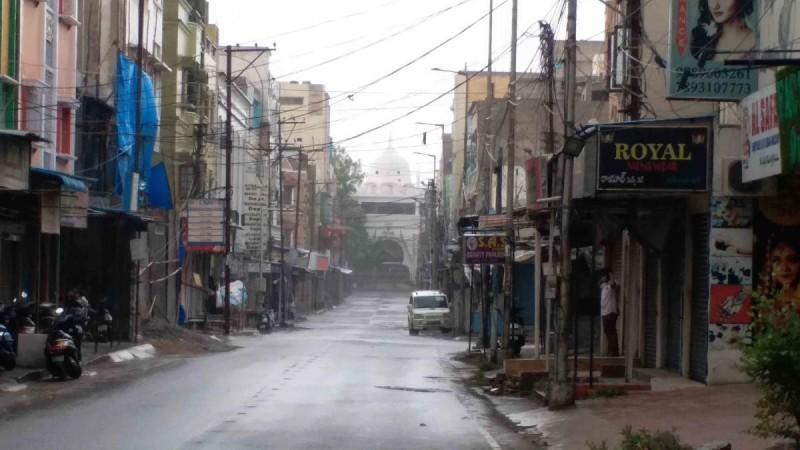 At least 50 per cent of people in India anticipated increase in unemployment rates, followed by lack of job security in the private sector (53 per cent) due to the Covid-19 pandemic.

"Our study shows that in the next six months to one year, 47 per cent are planning to invest in mutual funds followed by stock/shares (33 per cent) and gold (30 per cent)," said Jasal Shah, Managing Director and CEO, Velocity MR.

Nearly, 77 per cent people intend to use Arogya Setu app and more than 57 per cent will maintain social distancing and washing and sanitizing hands at regular intervals as a significant change in social behaviour even after the end of the pandemic.

Post lockdown, banks can also get a major boost through their digital payment services as close to 90 per cent of respondents are most likely to shift from cash to digital payments.

"Almost 80 per cent of respondents considered the non-availability of alcohol and cigarettes as one of the major benefits, and 74 per cent considered work from home advantage and not a disadvantage," the survey said.

Conducted in April with a sample size of 3,000, the survey covered categories including shopping habits, purchase habits, travel, social activities, investments, social responsibilities during this pandemic.

US jobless claims tick down to 411,000 as economy heals

How Indigenous memories can help save species from extinction

Here are 4 Proven Strategies to Champion LGBTQIA+ Beyond Pride, All Year Long

South African woman who claimed to have record 10 babies was lying: officials

Hundreds Of Unmarked Graves Found At Another Indigenous School In Canada

Travis Scott has collaborated with Dior on a menswear collection

Jonathan Majors, Regina King and Idris Elba Face Off in Gunslinging First Trailer for ‘The Harder They Fall’

Why Ashton Kutcher Says That "Money Is A Drug"

The global battle between Big Tech and regulators is on

Why airfares will likely keep getting more expensive

A U.S. town marooned at the tip of a Canadian peninsula

Simone Biles Is Already the Best Gymnast Ever. She’ll Be Even Better for Tokyo

Column: Senior Democrats (75 and older) have a message for Feinstein and Breyer: It's time to go

Where’s the Party? Madonna Is Back in Town for Pride

In Netflix's 'Lupin,' a new hero avenges Europe's racist past: the immigrant worker

Look inside Apple's new downtown L.A. store and event space, a symbol of its Hollywood ambitions

Biden’s biggest anti-poverty plan is about to launch. Here’s how he can make it even better.

How to Use Work from Anywhere to Your Company's Advantage

Heading to Cannes From the U.K.? Here’s What the BFI Needs You to Know

Micro-influencers: Is it worth including them in your digital marketing campaign?

Well-drilled Sweden proving to be no pushover at Euro 2020

Yankees' Zach Britton on substance checks: 'Optics are absolutely embarrassing for our game'

Delta Plus: India raises alarm over a new COVID mutant

Antivirus Pioneer John McAfee, Who Spent Years on the Run, Dies in a Spanish Prison at Age 75

Lt. Dan at It Again: Gary Sinise and Home Depot Founders Team Up To Help Vets With Invisible Wounds

How to start a business without money ... and in five steps

Africa Is Running Out Of Oxygen

Op-Ed: The Supreme Court Has Handed a Win To College Athletes, But It Is Only the Beginning

Russia says next time it may fire to hit intruding warships

Dem Rep Describes 'Awkward Silence' During Encounter With Biden: He 'Just Sort of Stared at Me'

Nurse fired for refusing COVID vaccine: 'We worked so hard...and they're kicking us to the curb'

A multi-story building near Miami has partially collapsed

Pennslyvania town tells 'Mare of Eastown' fans to stay away

Bank of England keeps UK rates at record low of 0.1%

Is statehood the answer to Puerto Rico's problems?

‘Fed Up’ Chip Gaines Tells Joanna To Stop Treating Him ‘As A Punching Bag’?

4 Ways to Protect your Health After the Pandemic

Losing Loved Ones In The Pandemic: Dealing With Delayed Grief