NASA now plans to launch four astronauts to the International Space Station aboard a SpaceX Crew Dragon spacecraft on October 31, a Halloween flight that will mark the first operational use of the capsule following a successful piloted test flight earlier this summer.

The space agency initially targeted October 23 for the "Crew 1" mission, just nine days after the October 14 launch of two cosmonauts and NASA astronaut Kate Rubins aboard a Russian Soyuz spacecraft and two days after NASA flier Chris Cassidy and two cosmonaut crewmates return to Earth on October 21 aboard another Soyuz.

By delaying the Crew Dragon flight to October 31, the station crew and flight controllers in the U.S., Russia, Europe, Canada and Japan will get a chance to catch their collective breath while allowing additional time to resolve any open issues. 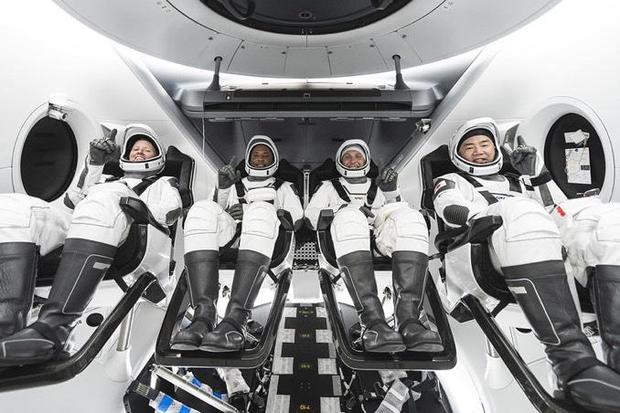 "The new target date will deconflict the Crew-1 launch and arrival from upcoming Soyuz launch and landing operations," NASA said in a blog post. "This additional time is needed to ensure closure of all open work, both on the ground and aboard the station, ahead of the Crew-1 arrival."

Docking at the space station is expected around 5 a.m. on November 1. They will be welcomed aboard by Rubins and her two crewmates, Sergey Ryzhikov and Sergey Kud-Sverchkov. Whether they might welcome their new crewmates aboard with any Halloween treats is not yet known.

NASA helped fund development of SpaceX's Crew Dragon and Boeing's CST-100 Starliner capsule to end the agency's sole reliance on Russian Soyuz spacecraft for ferry flights to and from the space station.

Since 2006, NASA has spent some $4 billion buying Soyuz seats for station-bound NASA astronauts. With Rubins taking NASA's last currently contracted seat, the agency is counting on SpaceX and Boeing to keep the station fully staffed for the remainder of its operational life. 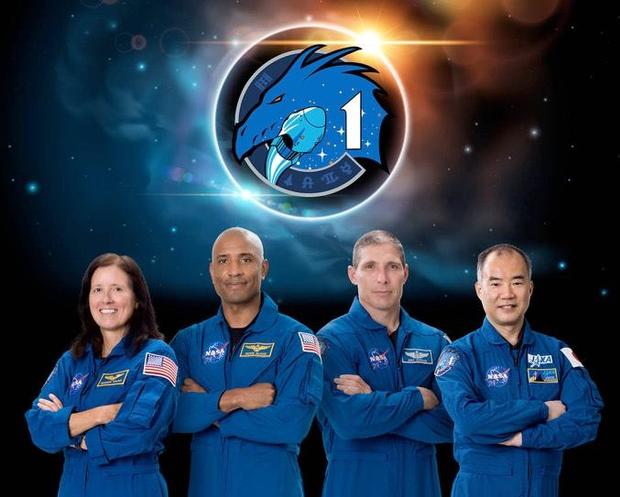 SpaceX, under an initial $2.6 billion contract, designed a crewed version of its Dragon cargo ship that would ride into orbit atop the company's Falcon 9 rocket. Boeing designed its own capsule under a $4.2 billion contract, relying on United Launch Alliance Atlas 5 rockets for the trip to orbit.

SpaceX successfully carried out two required test flights of the Crew Dragon spacecraft, an unpiloted voyage to the station in March 2019 and a piloted flight with NASA astronauts Douglas Hurley and Robert Behnken on board. They took off May 30 and safely returned to Earth on August 2.

In the meantime, NASA is counting on SpaceX and its Crew Dragon to send four astronauts at a time to the space station. Shane Kimbrough, Megan McArthur, Japanese astronaut Akihiko Hoshide and European Space Agency astronaut Thomas Pesquet plan to blast off on the Crew 2 mission in late April, replacing their Crew 1 colleagues.

Umtiti on leaving Barca: there Were contacts with Lyon, but nothing concrete
Calm down, dad, I'm not on the field yet! 😂 . Rodrigo joked about Modric's pass in the out when the Brazilian came on as a substitute
Luka Modric: I'm too old to go back to Tottenham. I want to play for a few more years
Adama Traore: I don't think speed is related to skin color
Riyad Marez: If I went to Marseille, they decided that I was not good enough
Defoe scored the 300th goal of his club career. It's been 20 years since his first ball
Gattuso on 2:1 with Benevento: Napoli played too predictable before the break
Source https://www.cbsnews.com/news/nasa-targeting-halloween-for-next-spacex-crew-dragon-astronaut-launch/

Andy Dalton forced out of Cowboys game after horrifying headshot

During viral interview with Jake Tapper, Meadows says, 'we're not going to control the pandemic'

Rate of COVID-19 positive tests creeps up in New York

Rays’ whirlwind win over Dodgers was baseball at its best: Sherman

This American astronaut voted from space. Here's how she did it

Hell In A Cell 2020 Live Stream: How to Watch the Matches Online

Gottlieb: A COVID-19 Vaccine Will Not ‘Affect the Contours’ of the Rest of the Year

Sudan says it will discuss trade, migration with Israel

Creed gets in Truck series final 4 with victory in Texas

Woman wearing 'Just Deaf, Not Rude' mask speaks out after rude encounter with flight attendant: 'I was very hurt'

Review: Rock nostalgia (which rhymes with MAGA) at a drive-in Beach Boys concert

Who's to blame for stalled stimulus talks?

Seven fall victim to gun violence over the weekend in NYC: cops

One year ago, Biden warned America was 'not prepared for a pandemic'

Protests Persist in Thailand Ahead of Special Parliamentary Session

Fear and anxiety spike in virus hot spots across US

Dinesh D'Souza on the destruction of Biden's 'return to normalcy' pitch

These Sisters Have Transformed the Piano Duo

A hayride ended in tragedy after the driver lost control, killing one person and injuring others

Biden Pledges Ambitious Climate Action. Here’s What He Could Actually Do.

9 days to go: Biden's lead over Trump is holding, while Clinton's was collapsing at this point

Could the Abrams live until 2030 and beyond?

Jaguars’ Ryquell Armstead likely out for season with COVID-19 complications

A behind-the-scenes look at how NYC sanctions filming stunts

Over Democratic Fury, Republicans Push Barrett to Brink of Confirmation