Nearly half of Black immigrant domestic workers lost their jobs during COVID-19, and that's not all 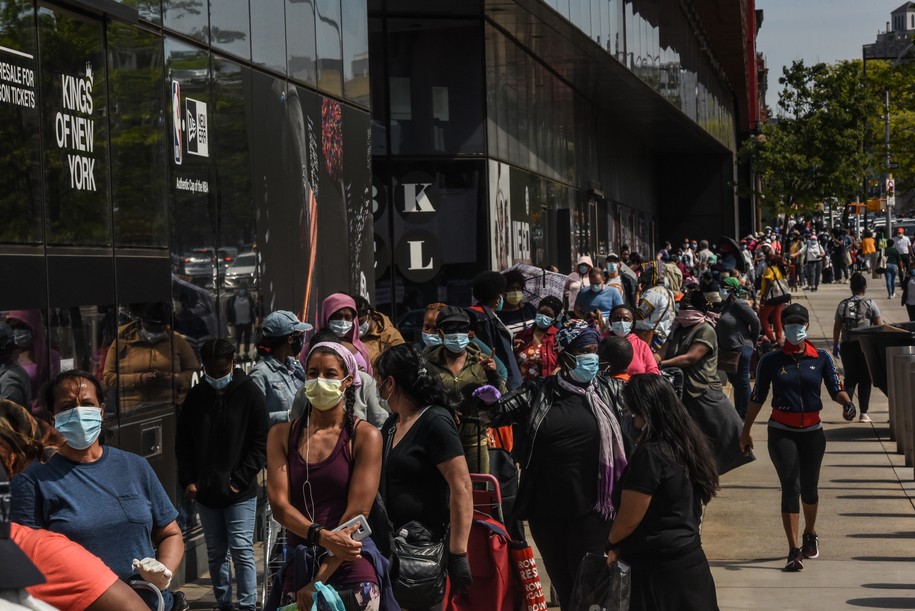 With numbers like these, no wonder the food bank lines are so long.

Domestic workers are overwhelmingly marginalized workers, and as we know, the coronavirus pandemic has been the hardest on already marginalized people. A new survey of 800 Black immigrant domestic workers in three areas shows just how bad it is for these workers who take care of children, elderly people, and people with disabilities, or who clean homes. The workers’ stress and pain were evident when they spoke to reporters, as Gabe Ortiz wrote. The numbers are staggering, too.

Overall, 45% of the Black immigrant domestic workers surveyed had lost their jobs. Another 25% had their hours or pay reduced. Nearly two out of three were experiencing housing instability, and half don’t have health insurance. But the overall numbers cover big variations between the locations surveyed by the Institute for Policy Studies’ Black Worker Initiative, in partnership with the National Domestic Workers’ Alliance We Dream in Black program: Massachusetts; Miami-Dade, Florida; and New York City. Across the board, workers in Miami-Dade have been the hardest hit.

Overall, 25% of the Black immigrant domestic workers said they’d experienced COVID-19 symptoms themselves or lived with someone who had—documented workers were more likely to report exposure, “probably because they are more likely to still be employed,” the report notes.

This pandemic has been brutal to us all, but there can be no doubt that the people it’s hit the hardest—in health risks and economically—are the people who had the least leeway in their lives to begin with. And if you had a domestic worker before the shutdowns and you still have your income? Keep paying her (or, in rare cases, him)!

Messi wants to finish his career at Barca. Bartomeu believes that Leo will not leave in a year
Gasperini about Atalanta: we Want to reach the Champions League and break the club's record for points in Serie A
Hames can leave Real Madrid for the Premier League for 25 million euros. A year ago, Atletico and Napoli offered 45-50 million euros for him. Real Madrid Midfielder Hames Rodriguez is likely to change clubs at the end of the season
Gattuso on Napoli: We must develop a winning mentality
Avangard congratulated Zenit with the title: it's Time to match and take the Gagarin Cup
Coach of Orenburg Pro 0:1 with Rubin: Morally devastated, could have drawn
Kike Setien: Griezmann played a great match, understood Messi well, scored a great goal. We changed something
Source https://www.dailykos.com/stories/2020/6/18/1953887/-Nearly-half-of-Black-immigrant-domestic-workers-lost-their-jobs-during-COVID-19-and-that-s-not-all

Dr Jagdish Chaturvedi on 'Starting Troubles': It was surreal working with stalwarts [Exclusive]

Is coronavirus airborne: Hundreds of scientists claim, ask WHO to revise rules

Biden says he is going to ‘transform’ the nation if elected

Bubonic Plague Is Diagnosed in China

Payal Rajput on rumours of doing special songs in Indian 2, Pushpa: 'As of now I'm not shooting anything'

US: 8 people feared dead as two planes collide over lake in Idaho

Gerrit Cole’s teammates will be his first Yankees pitching test

Sheriff: At least 2 killed in plane collision at Idaho lake

The bubonic plague is back again in China's Inner Mongolia

Yoenis Cespedes’ ‘good day’ in field, at plate for Mets had one omission

Spirit, Thorns play to 1-all draw in the NWSL Challenge Cup