A man is now linked to the killings of six people over several days in Arizona, police said Monday, and it appears the victims were connected to the suspect's divorce.

Dwight Lamon Jones, 56, died early Monday at an Extended Stay America hotel after a police standoff, officials said. Jones, who allegedly fired at officers, was gassed, and a robot was sent inside, where he later was found dead from a self-inflicted gunshot wound, police said.

The fifth and six killings, which authorities announced Monday, took place hours before the suspect's death. 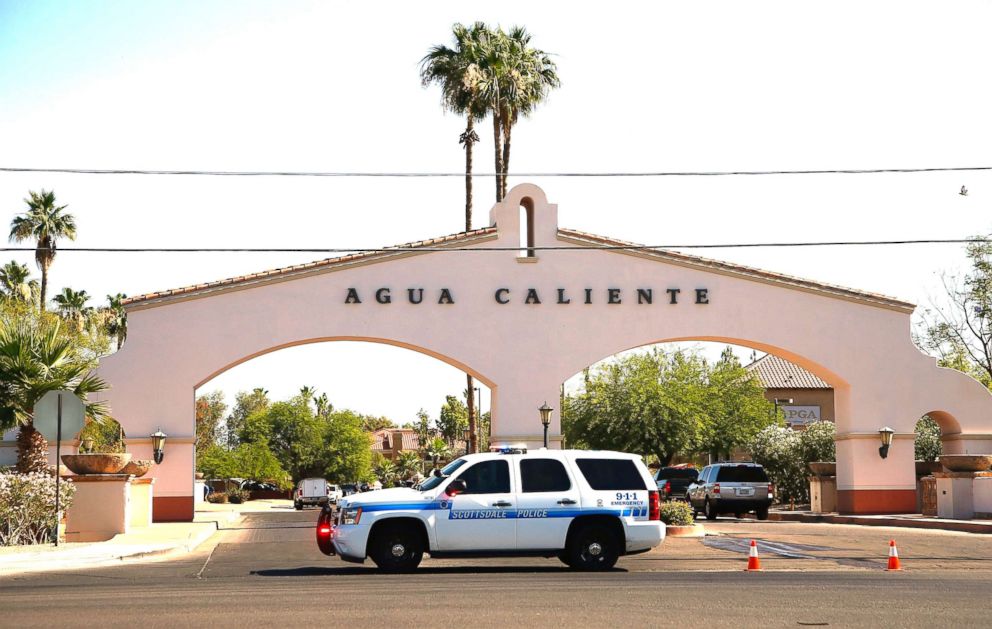 Ross D. Franklin/AP
Local police block off and surround a local hotel where a suspect wanted in four killings was staying in Scottsdale, Ariz., June 4, 2018. 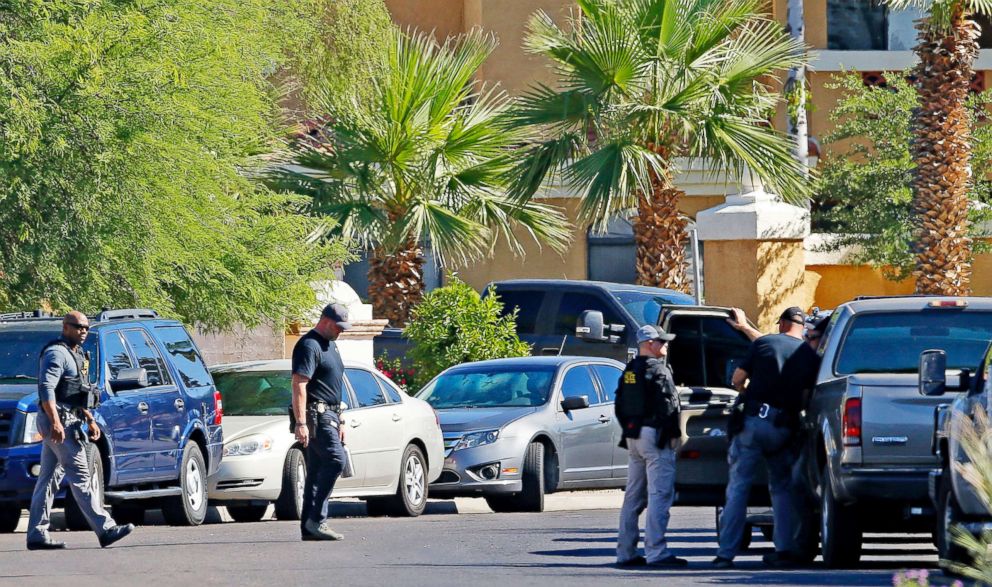 Ross D. Franklin/AP
Police surround a hotel where a suspect wanted in multiple killings was staying in Scottsdale, Ariz.on June 4, 2018.

Jones' 2011 divorce with his wife involved fights over money and child-custody issues, and Jones was mandated to have psychiatric evaluation therapy, records showed. One of the people ordered to evaluate Jones was well-known psychologist Dr. Steven Pitt, who is also believed to be the first murder victim connected to Jones, officials said.

Pitt, who consulted with law enforcement on a handful of prominent cases, including the JonBenet Ramsey murder and the Jodi Arias trial, was shot and killed outside his Phoenix office on Thursday night. An eyewitness said he heard Pitt loudly arguing with someone followed by gunshots, according to police. 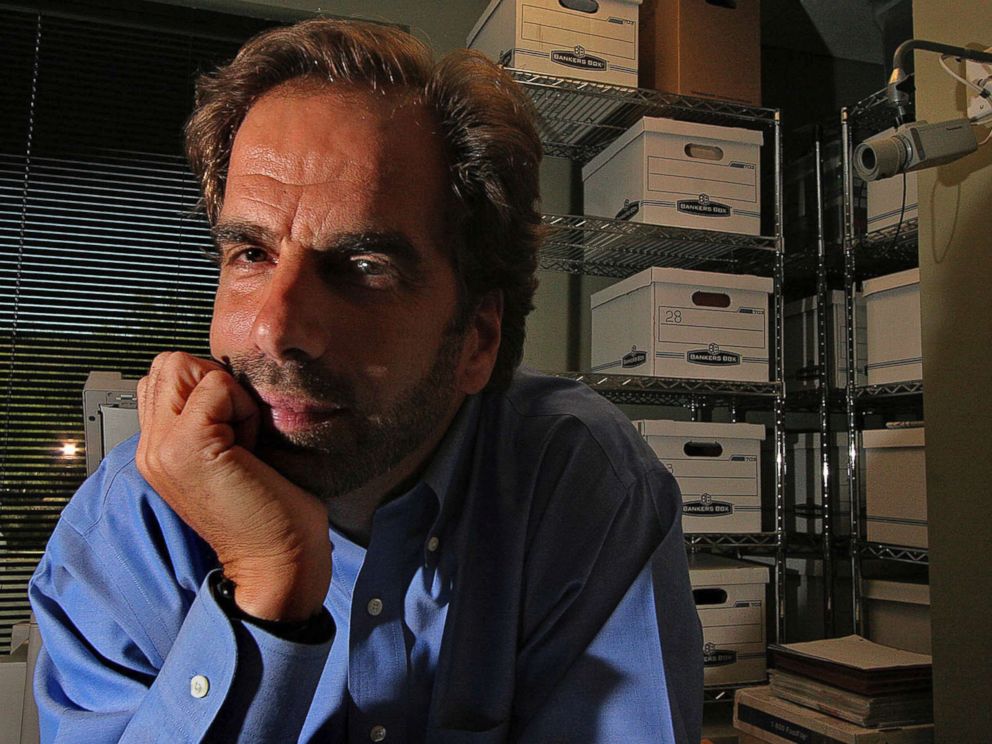 Jones' next two alleged victims were paralegals at the law firm Burt Feldman Grenier. A partner at that law office, Elizabeth Feldman, represented Jones' wife, Dr. Connie Jones, in their divorce, according to records.

Jones went to that law firm with the "intent of killing" Feldman, police said.

The paralegals, Veleria Sharp, 48, and Laura Anderson, 49, were shot Friday afternoon. Sharp was spotted running away from the scene, and later she collapsed and died, police said. Anderson was found with a gunshot wound to her chest and later pronounced dead, police said. 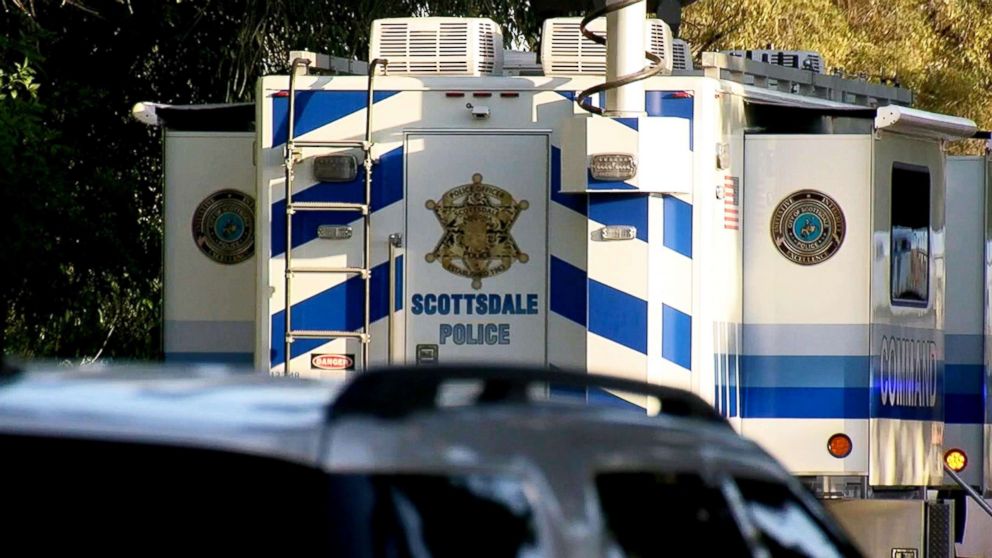 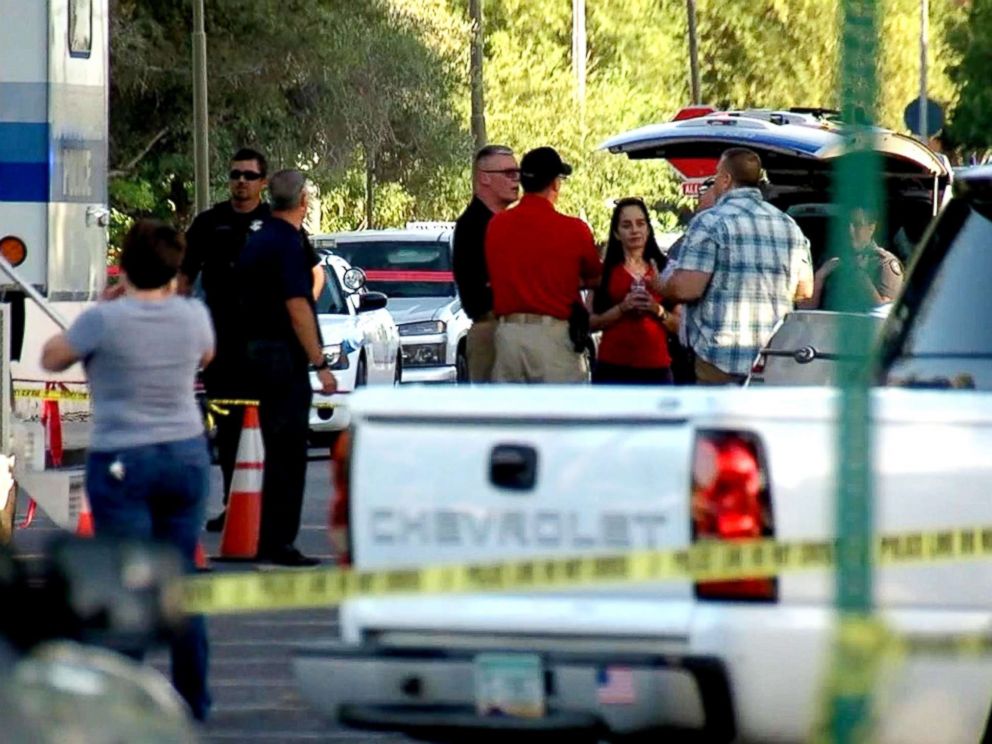 Dwight Jones' son, as part of the divorce, was ordered to see a psychiatrist who works in the same office space as Levine, police said.

Levine did not appear to be an intended target and was in the wrong place at the wrong time, officials said. 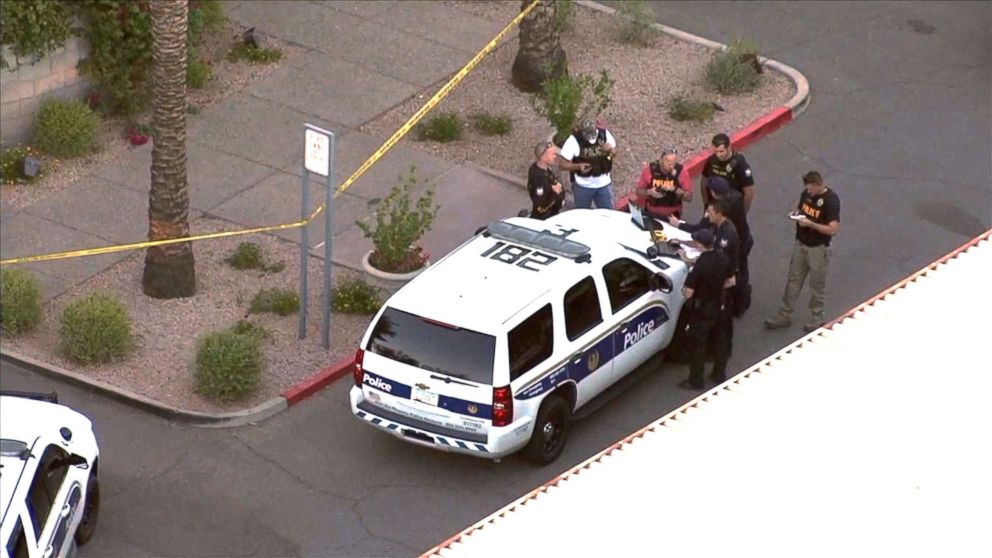 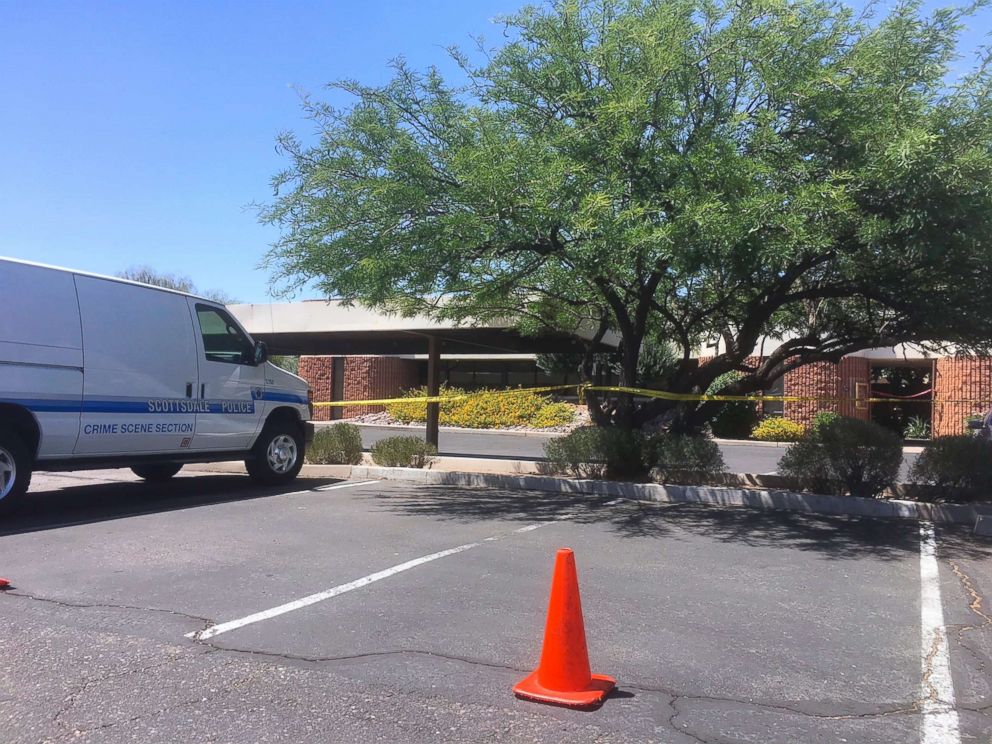 Paul Davenport/AP
A Scottsdale police vehicle and crime scene tape is seen outside the Scottsdale, Ariz., building where a man was found shot to death on June 2, 2018.

Pitt, Sharp, Anderson and Levine were killed with the same gun, police said, and Dwight Jones' DNA was found on a shell casing from that weapon. The DNA connection was made by testing his relatives in northern Arizona, police said.

"We really wanted that definitive proof and it was his DNA on those shell casings that took us through all those scenes -- we had that proof he was our suspect," police said.

The fifth and sixth victims, a man and a woman, were killed just after midnight on Monday in Fountain Hills, Arizona, hours before the suspect died, officials said. It has not yet been determined if the bullets from the final crime scene are connected to the earlier scenes.

Mourinho on Bergwein in reserve: Klopp, Pep and Lampard you ask such questions
Solskjaer on Pogba: he's been great since the restart. When Paul plays like this, you can't help but include him in the lineup
Alisson: the points Record was not Liverpool's goal. We are still Champions
Inter want to extend Sanchez's lease and are willing to pay extra for him to Manchester United if the clubs play in the Europa League final
Don't talk behind our backs, go out on the field and fight with us. Pep's possible appeal to Jose, Klopp and the world
Robertson Pro 1:2 with Arsenal: the Result is disappointing. But next week, the 30-year wait will end!
Bruno Fernandes: Ronaldo is the most technical player I have seen
Source https://abcnews.go.com/US/4th-murder-arizona-linked-spree-began-killing-prominent/story?id=55626417

How to help your pet with their noise phobias

Arrests made on 4th day of Detroit summer school protests

Rob Kardashian is returning to ‘Keeping Up With the Kardashians’

Penguins are being entertained with bubble machine because of coronavirus pandemic

Video captures woman with hair on fire on BART train

Georgia governor "does not give a damn about us," mayor says after mask decision

The Peacock ‘30 Rock’ Debacle is Exactly What Tina Fey Deserves

Twitter hack: You won't believe how much hackers made in just 2 hours

Machine Gun Kelly: Megan Fox has the ‘most beautiful feet that exist’

Second Federal Execution In A Week Carried Out

McCarthy introduces bill protecting monuments, statues: 'It is wrong to erase our history'

How to Watch The Memorial Tournament 2020

Boy charged in brother's death over 'cops and robbers'

Liked 'Hamilton'? New documentary shows where it came from

Tamil Nadu man kills 7-yr-old after she asked for TV remote, packs her body in bin and dumps it

‘Dark Desire’ Cast on Netflix: Everything to Know About Alejandro Speitzer

No servers, no tables: Israeli cafe is pandemic-friendly

The Latest: Dutch to roll out coronavirus tracking app

Even Donald Trump knows he is in deep, deep trouble in the 2020 race

Police in Moscow detained over 130 people during protests

Scientists release closest images ever taken of the sun

Get a free best-selling audiobook when you try Audible