Newly-released video of the arrest of Milwaukee Bucks player Sterling Brown shows law enforcement officers stepping on Brown’s ankle while he’s on ground, talking about getting overtime and acknowledging that the incident could spark a potential backlash.

In new video of the incident taken by an officer's body-cam after the basketball player was taken away in an ambulance and obtained by ABC affiliate WISN, officers can be heard expressing concern amongst themselves about a potential backlash from the incident.

In one of several new videos obtained by WISN, the officers can be heard asking Brown - who is lying prone on the ground after being hit with a stun gun - if he plays for the Bucks, and Brown responds that he must look familiar to them.

Later, after Brown is loaded into the ambulance, the officers appear to discuss the situation and anticipate the possibility of public criticism.

"The bureau is coming out for this? ... We're trying to protect ourselves because he plays for the Bucks, and if he makes a complaint, it's going to be a [expletive] and then any little [expletive] thing that goes wrong is going to be, 'Ooh, the Milwaukee Police Department is all racist,” the officer says sarcastically.

At another point, in a different body-cam video, an officer appears to call a supervisor and ask about overtime pay - and then starts singing.

"I need to go on the overtime board if I'm not already," the unidentified officer says, according to the video. 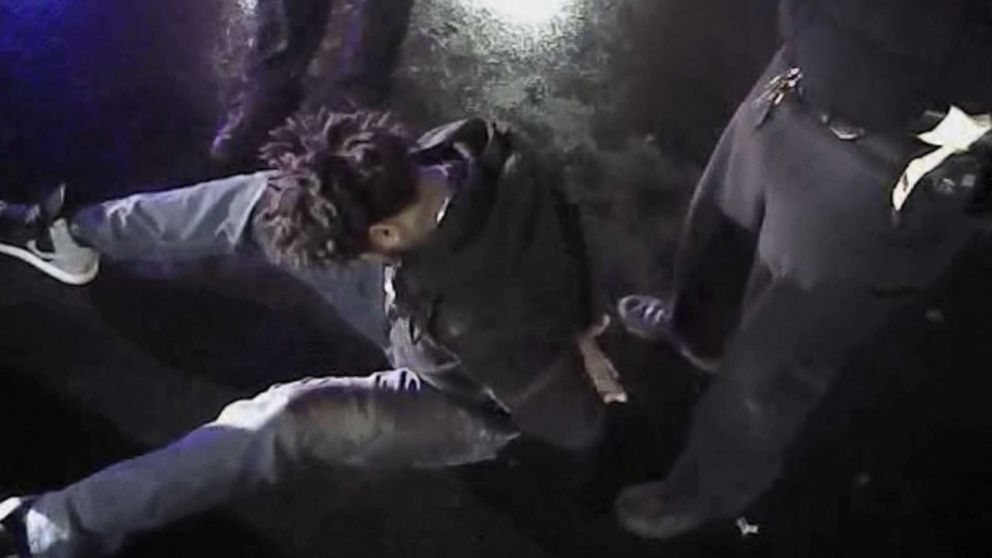 WISN
Milwaukee Bucks player Sterling Brown is pictured after he was tasered and handcuffed in Milwaukee, Jan. 26, 2018.

The arrest happened around 2 a.m. on January 26 in a Milwaukee Walgreens parking lot after Brown walked out of the store and was confronted by officers who asked him why he parked horizontally across two handicapped spots.

The officers repeatedly tell Brown to back up and one of them says, "I will do what I want alright? I own this right here."

Other officers arrive on the scene and can be seen talking to Brown near his vehicle when one of the officers shouts for Brown to take his hands out of his pockets.

A scuffle breaks out and an officer yells "Taser, taser, taser!" Brown can be heard moaning on the ground.

After Brown was brought to the ground and hit with one of the officer’s stun guns, they continued to stand around him, while he was handcuffed on the ground.

“You’re stepping on my ankle, for what?” Brown says in the video. 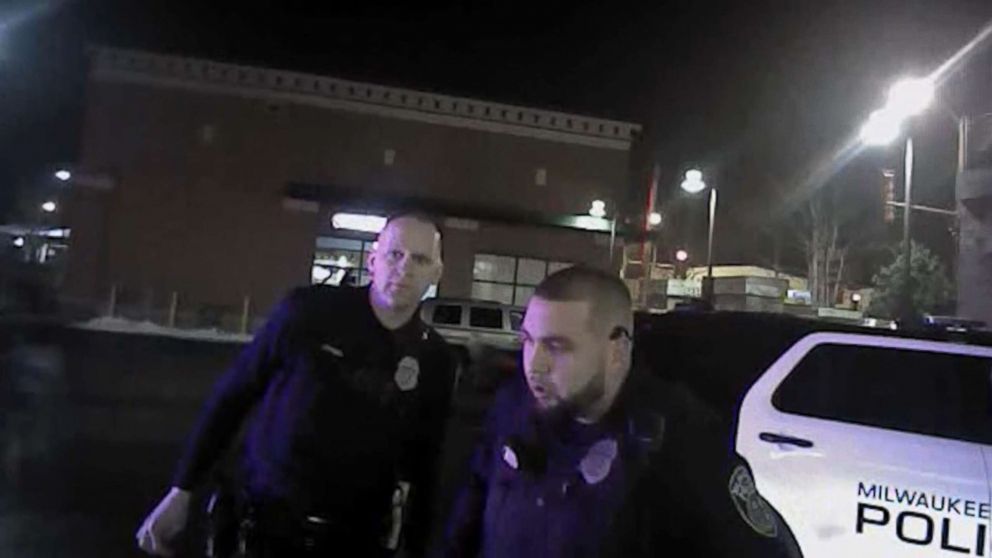 WISN
Milwaukee Bucks player Sterling Brown is pictured after he was tasered and handcuffed in Milwaukee, Jan. 26, 2018.

“So you don’t kick us,” one of the officers says.

Brown was not charged for anything connected to the incident and was issued a parking violation.

His representatives said that Brown plans to file a civil lawsuit against the Milwaukee Police Department.

Milwaukee Police Chief Alfonso Morales said at a news conference on May 23rd that the officers involved “acted inappropriately” and they all received suspensions.

Solskjaer on Pogba: he's been great since the restart. When Paul plays like this, you can't help but include him in the lineup
Alisson: the points Record was not Liverpool's goal. We are still Champions
Inter want to extend Sanchez's lease and are willing to pay extra for him to Manchester United if the clubs play in the Europa League final
Don't talk behind our backs, go out on the field and fight with us. Pep's possible appeal to Jose, Klopp and the world
Robertson Pro 1:2 with Arsenal: the Result is disappointing. But next week, the 30-year wait will end!
Bruno Fernandes: Ronaldo is the most technical player I have seen
Solskjaer on Chelsea: They have 48 hours more rest before the Cup semi-final. It's not fair
Source https://abcnews.go.com/US/body-cam-videos-shows-milwaukee-police-discussing-backlash/story?id=55634741

How to Watch The Memorial Tournament 2020

Liked 'Hamilton'? New documentary shows where it came from

‘Dark Desire’ Cast on Netflix: Everything to Know About Alejandro Speitzer

The Latest: Dutch to roll out coronavirus tracking app

Even Donald Trump knows he is in deep, deep trouble in the 2020 race

Police in Moscow detained over 130 people during protests

Scientists release closest images ever taken of the sun

Sweden becomes an example of how not to handle COVID-19

Woman who joined ISIS aged 15 will be allowed home to U.K. to fight for citizenship

Houston coronavirus updates: What you need to know for July 16

Statue of Black U.K. Protester Removed From Plinth in Bristol

5 fantasy dramas that you should've watched by now

Mike Tyson will kick off 'Shark Week' 2020 on Discovery Channel

Dan Crenshaw hits back at Cuomo for touting coronavirus response, says New Yorkers should be offended

Rep. Massie among Republicans pushing Trump to remove all troops from Afghanistan: 'Not worth one more Gold Star family'

Will children spread COVID-19 if they go back to school?

ASKfm CEO Janis Grivins: “The Essence of the Product Has to be Simple”

Get Ready to Blast Off With the Casetify x NASA Collab!

RNC scales back convention in Florida next month

Suspect gets drunk while robbing restaurant, leaves money and alcohol behind

[Update] What Could Nick Cannon's Firing By Viacom’s Mean For 'The Masked Singer'?

PPP data get murky on wrong congress district for 226,000 loans