The NFL is nearing the halfway point of the season and the games from here on out are going to have a deeper impact in terms of playoff seeding than ever before.

The NFC West and the AFC North are among the best divisions in football and during Week 8 of the 2020 season there are two matchups that will stick out. The Pittsburgh Steelers take on the Baltimore Ravens and the Seattle Seahawks play the San Francisco 49ers.

Both games will determine who wins the division and gets to host a playoff game. And while the NFC East is one of the worst divisions in football, the Dallas Cowboys’ game against the Philadelphia Eagles will also have playoff implications.

The Arizona Cardinals, Houston Texans, Jacksonville Jaguars and Washington Football Team are all on bye weeks.

Here’s a brief look at the games around the NFL. 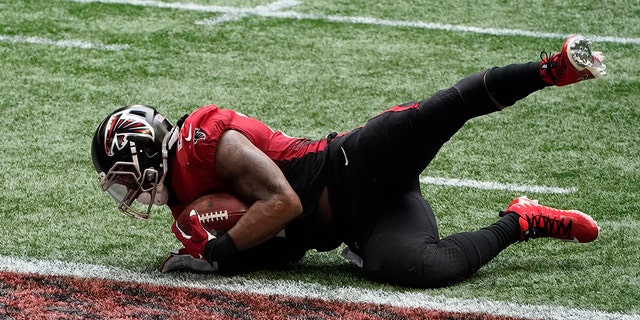 Atlanta Falcons running back Todd Gurley (21) scores a touchdown against the Detroit Lions during the second half of an NFL football game, Sunday, Oct. 25, 2020, in Atlanta. (AP Photo/John Bazemore)

The Falcons lost last week on a fluky touchdown from Todd Gurley and now have a big NFC South matchup against the Panthers. To stay in the division race, both teams need a win on this Thursday night matchup.

WHERE: Bank of America Stadium 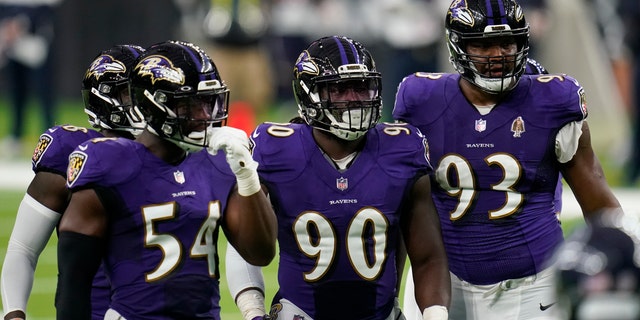 The Steelers and Ravens’ rivalry continues Sunday as the NFL season starts November. The undefeated Steelers team will be mostly healthy when it takes on the Ravens and Lamar Jackson. This will be one of the better matchups of the afternoon. 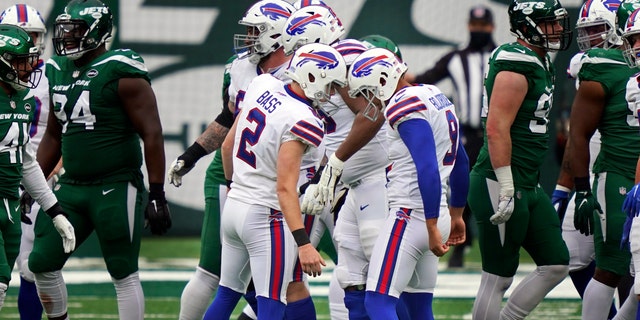 The Bills have a real chance to bury the Patriots on Sunday. A Buffalo win would put New England at 2-6 and really out of contention in the AFC East. New England desperately needs a win after a bad loss to San Francisco last week. 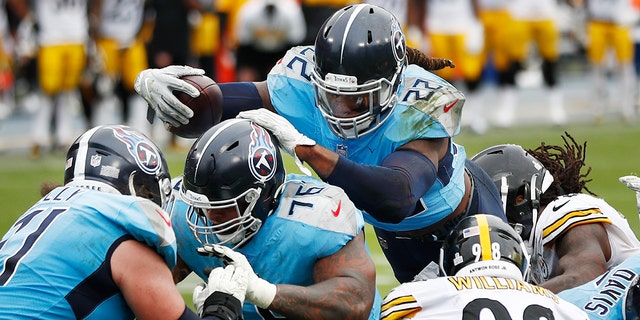 Tennessee Titans running back Derrick Henry (22) follows the blocking of offensive guard Rodger Saffold (76) as Henry scores a touchdown against the Pittsburgh Steelers in the second half of an NFL football game Sunday, Oct. 25, 2020, in Nashville, Tenn. (AP Photo/Wade Payne)

The Titans will look to bounce back from their first loss of the season. They hit the road to face the Bengals. Joe Burrow has played well but the team has not been able to play a complete game and he will have a big test against Tennessee. 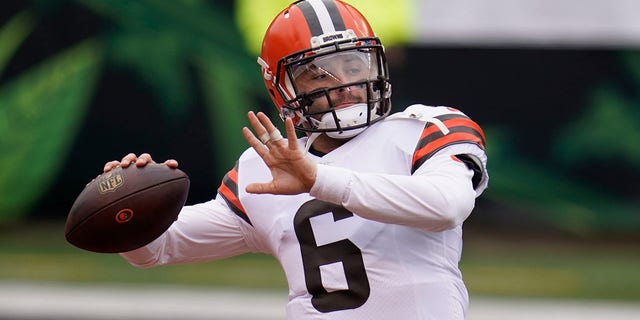 The Browns lost Odell Beckham Jr. for the remainder of the season, but hope to get past that and pick up a win against the Raiders. Las Vegas was blown out against Tampa Bay last week. Cleveland won by three points on a last-second touchdown. 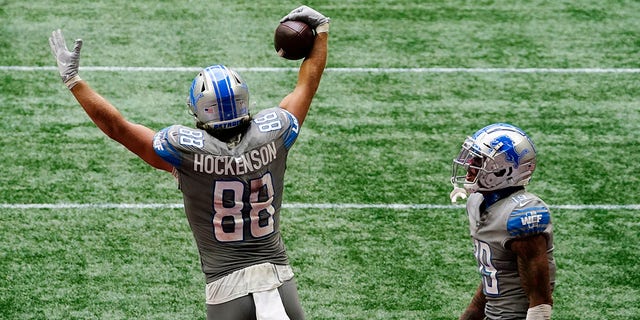 Detroit Lions tight end T.J. Hockenson (88) celebrates his touchdown against the Atlanta Falcons during the second half of an NFL football game, Sunday, Oct. 25, 2020, in Atlanta. The Detroit Lions won 23-22. (AP Photo/Brynn Anderson)

The Lions and Colts have a big matchup that could have wild card implications in both of the teams’ conferences. Detroit won last week against Atlanta and Indianapolis is coming off a bye week after a comeback victory over the Bengals in Week 6. 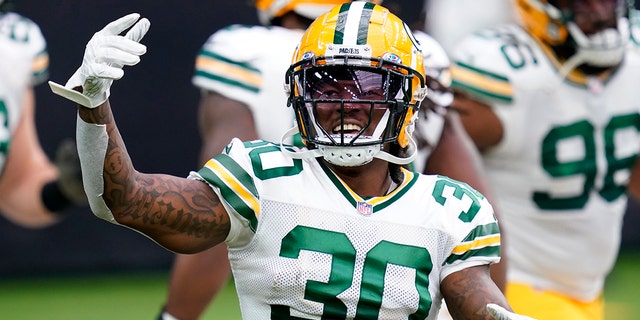 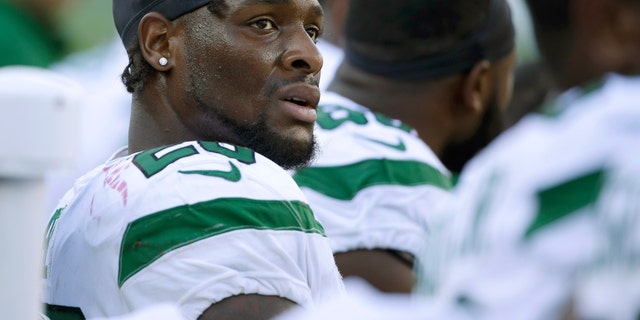 This Sept. 22, 2020, file photo shows former New York Jets running back Le'Veon Bell watching from the sideline near the end of the second half of an NFL football game against the New England Patriots, in Foxborough, Mass. (AP Photo/Steven Senne, File)

It’s the Le’Veon Bell revenge game. The Chiefs host the Jets in what could be the most lopsided game of the season. The Jets cut Bell earlier in the season and he was picked up by the Chiefs. He is expected to get significant playing time. 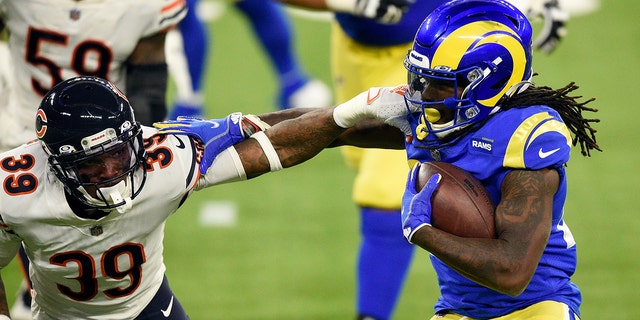 Los Angeles Rams running back Darrell Henderson, right, tries to get around Chicago Bears defensive back Eddie Jackson (39) during the second half of an NFL football game Monday, Oct. 26, 2020, in Inglewood, Calif. (AP Photo/Kelvin Kuo)

Los Angeles is turning into title town and the Rams know that. Their march back to the Super Bowl begins Sunday when they head to Miami to face the Dolphins. Tua Tagovailoa will get his first start of his NFL career. He will be welcomed by Aaron Donald, Jalen Ramsey and Leonard Floyd. 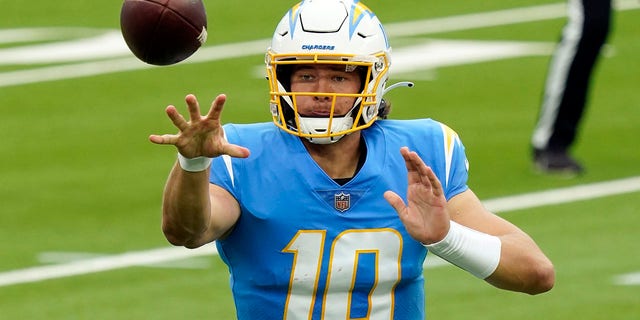 Los Angeles Chargers quarterback Justin Herbert pitches the ball during the first half of an NFL football game against the Jacksonville Jaguars Sunday, Oct. 25, 2020, in Inglewood, Calif. (AP Photo/Alex Gallardo)

The AFC West will have a big matchup featuring the Chargers and Broncos. Justin Herbert will hope to get another win as Drew Lock and the team tries to bounce back. Both teams need a win to keep pace for the wild card.

WHERE: Empower Field at Mile High 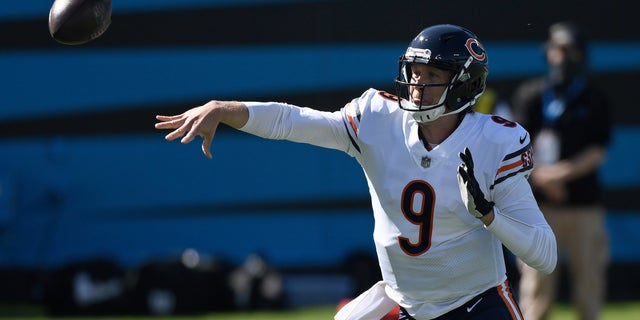 The Bears did not look great against the Rams on Monday night in Week 7. The Saints are hoping to be healthy for this matchup. A win would help either team’s playoff chances significantly. 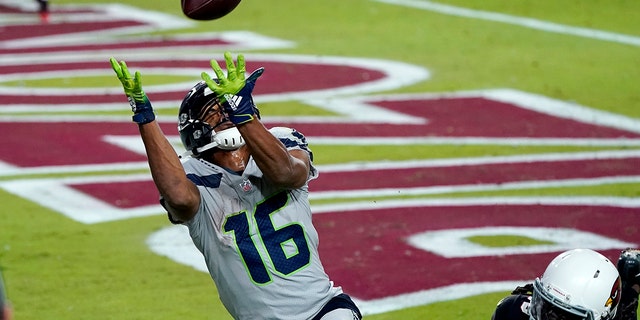 It’s matchups like these that will wean out the division winners from the wild card teams and the playoff pretenders. The Seahawks are coming off a tough loss to the Cardinals while the 49ers are hoping to continue their streak of good luck. It’s a pivotal division matchup on Sunday afternoon and a must-watch game. 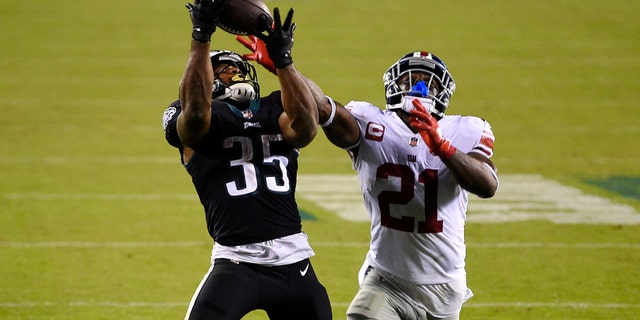 The NFC East is bad but someone has to win the division. The Cowboys and Eagles are the two top teams right now and will battle it out Sunday night. Philly is coming off a close win against the Giants and the Cowboys are coming off a bad loss to Washington. Something has to give. 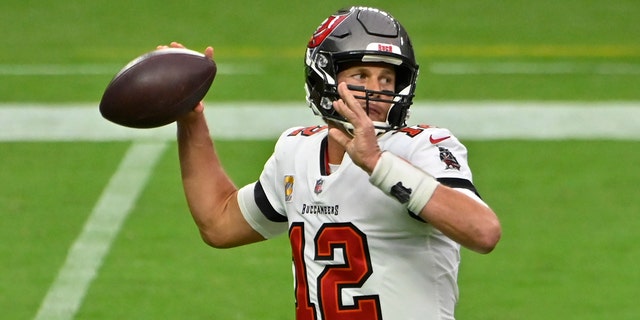 The Buccaneers shouldn’t have any issues against the Giants on Monday night. Tampa Bay looked to be in form against Las Vegas last week while the Giants can’t seem to close out games. Daniel Jones made his debut against Tampa Bay last year and won the game for New York. But both teams are a bit different a year later.

A clear penalty! Oh, my God. Ramos and Carvajal on the fall of Hazard in the match with Alaves
Ex-referee Andujar Oliver: Marcelo was pulled by the hair, it was necessary to put an 11-meter shot. There was no penalty on Hazard
Favre Pro 1:2 with Cologne: They were sitting in defence and Borussia were in too much of a hurry. There were few chances
Real Madrid conceded after a mistake by Courtois on a pass. Forward Alaves scored in an empty net
Former Chelsea midfielder Ramirez may end his career. 33-year-old player and Palmeiras terminated contract
Dmitry Cheryshev about his son's coronavirus: there are no Special symptoms. There is nothing to be discouraged, this is the situation in the world
Hazard has problems with the muscles of his right leg. He was replaced in the game with Alaves
Source https://www.foxnews.com/sports/nfl-week-8-2020-preview

49ers may need temporary home because of new COVID-19 rules

Unqualified au pairs are slipping through the cracks amid COVID-19

Yankees may need to take massive risk with Domingo German

Watch this raccoon ‘go shopping’ at Best Buy in Toronto

Police Charge at Protesters During Anti-Police Demonstration in France

How the Seattle Kraken could save the upcoming NHL season

You may have never heard of Judge Juan Torruella, but his death is another warning for January 5

Germany Passes One Million Cases, Could Be Under Lockdown Until Spring

Ruins found in Nazareth could be Jesus’ childhood home

5,000 Alabama students haven’t shown up for any sort of class

Tristan Thompson Becomes a U.S. Citizen Then Jets Off to Boston to Join the Celtics

‘Justice Is Very Complicated’: How the ‘Arica’ Team Fought the Good Fight on Two Continents

Patriots are so close to being doomed

Kanye West Going To Extremes To Live Forever, Including Cloning Himself?

Coronavirus Cases Top 200,000, But Numbers May Be Worse Than Reported

Netflix: These are the contents that will no longer be for this December

'Duck Dynasty' star Bella Robertson engaged to Jacob Mayo: 'I am blown away by God's goodness and grace'