Nia Long revealed that she was passed over for a role in the 2000 “Charlie’s Angels” film after she was told she looked “too old” opposite Drew Barrymore.

The actress’ revelation comes shortly after Thandie Newton gave an explosive interview in which she explained that she turned down the same role in the film after studio executives made it clear they planned to subject her to objectification and Black stereotypes.

Long, who at the time was known for her roles in “Boyz n the Hood” and “Friday,” explained in an interview with Insider that she too was in contention for the part of Alex Munday in the film but was told she looked “too old” opposite her co-star.

A LOOK BACK AT 'CHARLIE'S ANGELS'

"I was like, 'What?'" Long told the outlet. "I love Drew Barrymore, I think she's amazing, but I think that was just a nice way to say you're a little too Black. Personally, that's what I think. Because if you notice there were no brown skin [actors]. I mean, honestly, I would have been the blackest thing in the film." 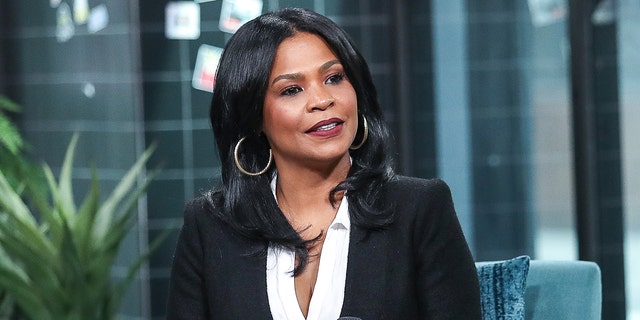 Actress Nia Long explained that she was passed over for a role in 'Charlie's Angels' in 2000. (Arturo Holmes/Getty Images)

The part ultimately went to Lucy Liu, who is two years older than Long.

"The feedback that I received from my agent was, 'She just looked too old and sophisticated to be next to Drew Barrymore,'" Long added. “And I'm thinking to myself, it's an actor's choice to walk in the room how they want to look, but it's a director's vision to help create and curate a character. So if you couldn't see beyond the fact that I had on a blazer and a pair of jeans then that was clearly not the job and opportunity for me. So, no problem, I'll keep it moving."

Long went on to star in the successful comedy “Big Momma’s House” that same year opposite Martin Lawrence.

Speaking to Vulture in a recent interview, Newton explained that she turned down the role after the director made it clear that she would have to portray an oversexualized stereotypical Black woman.

“One of the biggest movies I didn’t end up doing was because the director said to me, ‘I can’t wait for this. The first shot is going to be … You’re going to think it’s like yellow lines down a road, and you pull back and you realize it’s the stitching, because the denim is so tight on your a-- it’s going to look like tarmac.’ I was like, ‘Oh, I don’t think we’re going to go down this road together.’” 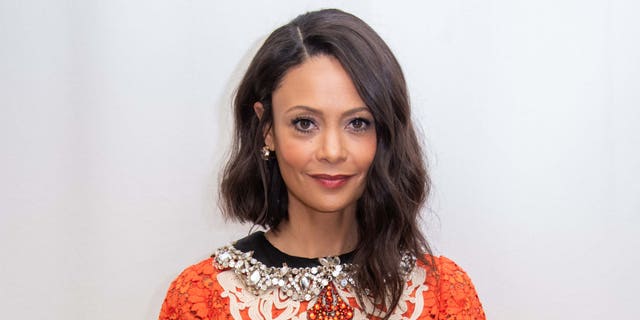 Thandie Newton explained in a recent interview that she turned down a role in 'Charlie's Angels' in 2000. (Vera Anderson/WireImage)

She went on to allege that the head of the studio, Amy Pascal, explained that she would have to do something to make her believable in the part.

“I was like, ‘What do you mean? What changes would you have to make?'” Newton said. “She’s like, ‘Well, you know, the character, as written, she’s been to university and is educated.’ I’m like, ‘I’ve been to university. I went to Cambridge.’ She went, ‘Yeah, but you’re different.’ She’s like, ‘Maybe there could be a scene where you’re in a bar and she gets up on a table and starts shaking her booty.’ She’s basically reeling off these stereotypes of how to be more convincing as a Black character.”

Pascal responded to Newton in a statement to Vulture that read: "While I take her words seriously, I have no recollection of the events she describes, nor do any of her representatives who were present at that casting session,” the producer said. “I’ve long considered Thandie a friend; I’m thankful that I’ve had the chance to make movies with her; and I hope to work with her again in the future."

Reps for Sony, Pascal and the film's director, Joseph McGinty Nichol, did not immediately respond to Fox News' requests for comment.

Manchester City showed a new away form
The Icelandic national team presented their home uniforms for the 2020/21 season
In 1999, Arsenal beat Sheffield in the Cup, but Wenger offered to replay the match – because Kanu violated fair play
Milan and Napoli are Interested in Godfrey. Norwich wants 30 million euros for the defender
Wenger named the Champions League favourites: Manchester City and PSG
Manchester United are preparing an official offer for Sancho. Borussia demands 120 million euros
Conte will meet Marotta today. The coach was critical of Inter's management
Source https://www.foxnews.com/entertainment/nia-long-too-old-2000-charlies-angels-movie-race-factor?utm_source=feedburner&utm_medium=feed&utm_campaign=Feed%3A+foxnews%2Fentertainment+%28Internal+-+Entertainment+-+Mixed%29

Gymnasts Worldwide Push Back on Their Sport’s Culture of Abuse

In Showdown Between China and the West, HSBC Gets Caught in the Middle

How Martha Stewart Became the Surprise Star of Quarantine: Inside Her Hot Girl Summer

Nitish Kumar on Bihar cop heading Sushant case being quarantined in Mumbai: What happened to our officer is not right

Abductions, Censorship and Layoffs: Pakistani Critics Are Under Siege

Is Telemedicine Here to Stay?

Tropical Storm Isaias could hit the Carolinas at near-hurricane strength

No signs Trump has pandemic plan despite chilling warnings

One of India’s Most Powerful Officials, a Close Aide to PM Modi, Tests Positive for COVID-19

‘If not now, when?’: Black women seize political spotlight

No one is immune to coronavirus, expert says, with infections rising in both rural and urban communities

Challenging road has QB eager to back up Titans’ Tannehill