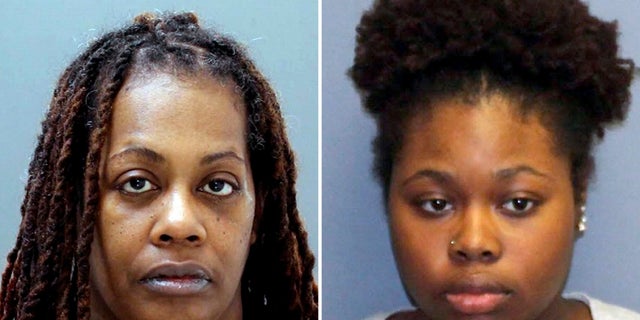 Shana Decree, 47, left, and her daughter Dominique Decree, 21. The mother and her adult daughter were sentenced Monday to life in prison in the slayings of five close relatives, including three children, outside Philadelphia last year. (Bucks County District Attorney's Office via AP, File)

"Today, we mourn with the families of Erica and Imani Allen, Damon Decree, Naa'irah Smith, and Jamilla Campbell, who were all murdered by mother and daughter Shana and Dominique Decree," Bucks County District Attorney Matt Weintraub said. "Were it not for their severe mental illness, both would face the death penalty. As it stands, they both will spend the rest of their lives in prison cells separated from the rest of us, as punishment."

The deceased bodies were found Feb. 25 in an apartment bedroom in Morrisville. The twin girls, Decree and Smith were killed by homicidal asphyxia and Campbell died as a result of homicidal ligature strangulation, according to an autopsy. 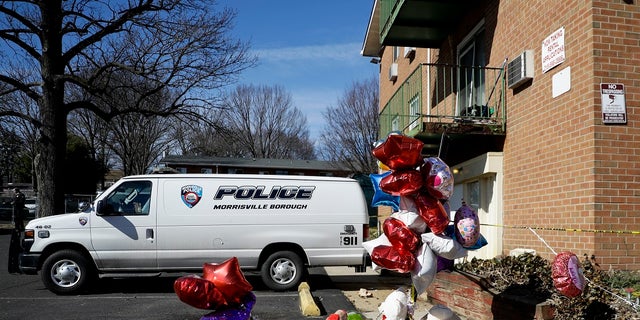 Shana Decree told investigators all five victims wanted to die, prosecutors said. Several health professionals said both suspects were guilty but experiencing mental illness at the time of the murders.

Adama Traore on oil on my hands: Now I can slip away. My opponents asked me what was going on, but I said I didn't know
Everton lost for the first time in the season, but remains first in the Premier League
Hazard was included in Real Madrid's bid for the match against Borussia Monchengladbach
Pele: When they play football on the moon, I will fly to kick the ball a little
Newcastle have signed a Frenchman who worked on a construction site in Australia a year ago. The guy came to view and scored through himself
Hans-Dieter flick: Sane worked with Klose, it was good for him. Bayern are happy with Leroy
Paulo Fonseca: Juventus and Inter claim the scudetto. But Serie A is balanced
Source https://www.foxnews.com/us/pennsylvania-mom-daughter-murders

Polls: Biden slightly ahead in Florida and North Carolina

Pence chief of staff, 4 other aides test positive for COVID-19

Iraqi Forces, Protesters Clash in Baghdad, Injuries on Both Sides

Buccaneers’ Antonio Brown signing is all about Tom Brady

Pence should quarantine after coronavirus exposure. He’s going to keep campaigning instead.

Pelosi to run for speaker again if Democrats keep the House

Abortion on the ballot: Voters in Colorado and Louisiana consider restrictions

This Kanpur temple opens once a year on Dussehra; only to worship Ravan

Victor Davis Hanson: COVID has radically disrupted American habits and behavior. What's next for us?

Foreign students show less zeal for US since Trump took over

Want something delivered by Christmas? Order way in advance

Steelers Vs. Titans Live Stream: How To Watch NFL Games Live On CBS

The Supreme Court’s Legitimacy Is Now in Question

The Ballet Photo-Sharing Scandal Enters a New Phase in Court

The Third Wave of COVID-19 in the U.S. Is Officially Worse Than the First Two

Lee Kun-hee, Who Built Samsung Into a Global Giant, Dies at 78

White House chief of staff: ‘We’re not going to control the pandemic’

Will I be passed over for work since I’m 65 and vulnerable to COVID-19?

After tight 2016 race, Pennsylvania poised to be linchpin to election win

Markle slammed as ‘privileged princess’ for lack of perspective

AP source: Raiders get 4 linemen back for game vs. Bucs

The 2020 presidential election reaches the homestretch

The Latest: Pelosi says she’s not giving up on virus relief

Texas boy, 3, dies after accidentally shooting himself in the chest at birthday party