Police are building up their presence in Chicago's Rogers Park neighborhood after two men were shot dead one day after another, apparently by the same gunman who wore a mask in the first shooting, authorities said.

Add Chicago as an interest to stay up to date on the latest Chicago news, video, and analysis from ABC News.

Police determined that the Sunday and Monday slayings were committed with the same weapon and likely by the same individual, authorities said. Investigators are pleading with the public to help find the suspect.

In the first attack, a man was walking his dog Sunday when a suspect in a mask approached and shot him dead, police said. The victim, 73-year-old Douglass Watts, had a gunshot wound to the head, ABC Chicago station WLS-TV reported.

The next day, just blocks away, Eliyahu Moscowitz, 24, was fatally shot in the head, according to WLS.

The shootings appeared to be random, police said, adding that nothing was taken from either victim and the motive unclear.

"There's nothing that leads us to believe these two individuals are connected in any way," police said Tuesday.

Police were still reviewing surveillance video of Monday's killing, authorities said Tuesday, so it was unclear whether the suspect wore a mask in the second killing. 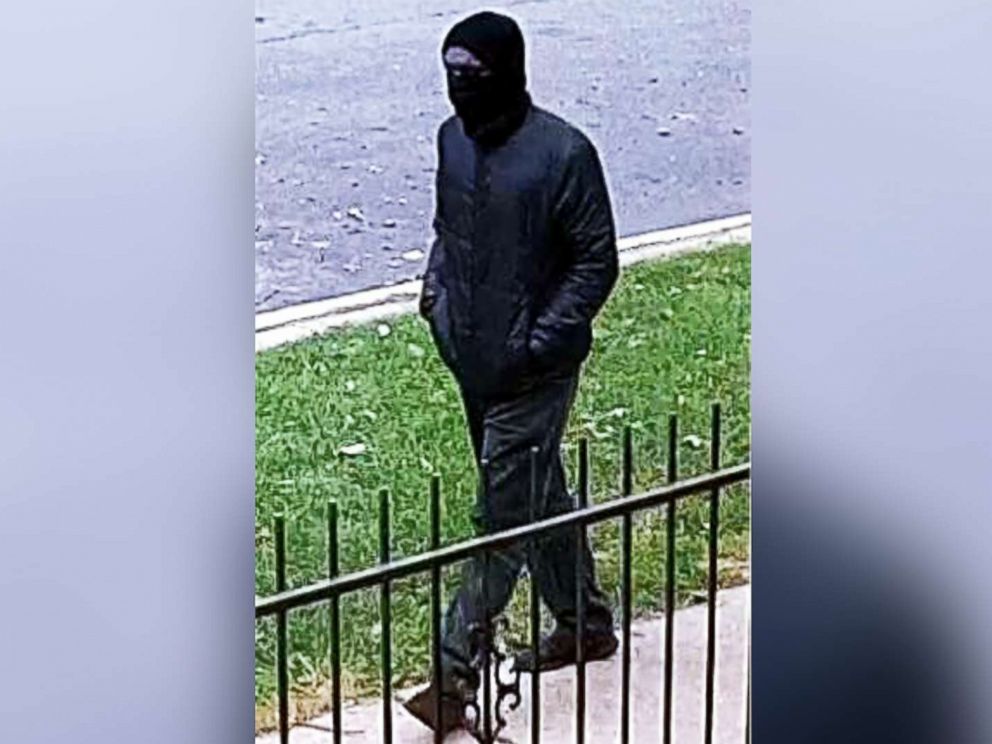 Chicago Police Department
The masked gunman appears to be targeting people at random in a neighborhood that has seen two fatal shootings in two days, according to police.

Lakewood Chapel Pastor John Elleson, who saw Moscowitz's body after the shooting, told WLS, "He is laying there with the rain coming down. And if it was my son or my relative, I would just want someone to stand with them during this time. ... I just find my heart breaking."

The Chicago office of the U.S. Bureau of Alcohol, Tobacco, Firearms and Explosives (ATF) said it "will use all available resources" to help solve the killings.

"Your safety is our main concern," ATF Chicago tweeted. "If you know something, say something."

Emanuel called Rogers Park residents strong and resilient and assured them, "your city is standing with you."

"The person or persons responsible will be brought to justice," police vowed at Tuesday's news conference. "There's someone out there who knows who this person is. Whether it's a family member, a friend, a trusted loved one, we need you to do the right thing and call the police."

Nagelsmann about real's Interest: Not the worst that can be read, definitely. But the media is not always right
Hazard scored and provided an assist in La Liga for the first time since October 2019
Ronald Koeman: Griezmann has been playing well in recent matches. But we also need goals from other players
Zlatan Ibrahimovic: Milan's Victory in the first round is worth nothing. I need to come to my senses
Alan Shearer: Foden reminds me of Gascoigne. Incredible midfielder, Pep has been patient and reaps the rewards
Simeone on the transfer of Suarez: In a conversation on the phone, I felt passion, energy. I see them on the field
Guardiola on 3:1 with Cheltenham: Did not lose heart even with the score 0:1. City had clear chances from the first minute
Source https://abcnews.go.com/US/police-searching-masked-gunman-men-separately-shot-dead/story?id=58253300

From presidents to faded stars, all welcomed by Larry King

Walter Bernstein Dies: Blacklisted Writer In 1950s, Returned With ‘Fail Safe’ And ‘The Front’, Was 101

How To Watch UFC 257: Time, McGregor vs. Poirier Live Stream And Fight Card

How Newsmakers and News Hosts Are Remembering Larry King

Larry King tributes and memories: 'A masterful interviewer and storyteller'

Hank Aaron Interview: ‘I Recognized That I Had a Gift’

Customer leaves 'Covid sucks!' message and a $1,400 tip at a Colorado restaurant

Trump impeachment manager Swalwell on trial: 'If the Senate allows witnesses, we will be ready with witnesses'

U.S. works to get more COVID-19 vaccine doses amid concerns over new variant

Photographer Behind Sanders Meme: 'I’m Not Going To Be Putting This In A Portfolio'

Larry King: An appreciation of his legacy from CNN president Jeff Zucker and founder Ted Turner

Think about what Tom Brady is about to do

Olympic Committee to vaccinate all athletes before Tokyo games

IKEA will open a store in Puebla, this would be its second branch in Mexico

‘The Croods: A New Age’ Director Joel Crawford And Kelly Marie Tran On How The Film’s Prehistoric Story Is Fit For Current Times – Contenders Film

Spending more on DoorDash and UberEats? This fee may be why

For these Mexican filmmakers, all art is political. 'Identifying Features' makes it personal

The ‘Muslim Ban’ Is Over. The Harm Lives On.

Police are investigating an explosion at a Los Angeles church

Nothing could keep Larry King away from TV: ‘They’re gonna have to carry me out’

Bridgerton Cast Has Unfiltered Conversation About Sex, Drugs and Season 2

Yankees have been down this Corey Kluber road before: Sherman

‘Congress is going to do what Congress does’: Biden administration confirms hands-off impeachment stance

How Trump's second trial could be different from the first.

All eyes on QBs as Packers host Bucs for NFC championship

Who Wants To Be A Billionaire? $1 Billion Winning Lottery Ticket Sold In Michigan

‘I Never Learned Anything by Talking.’ Watch Larry King on the Art of the Interview and a Shifting Media Landscape