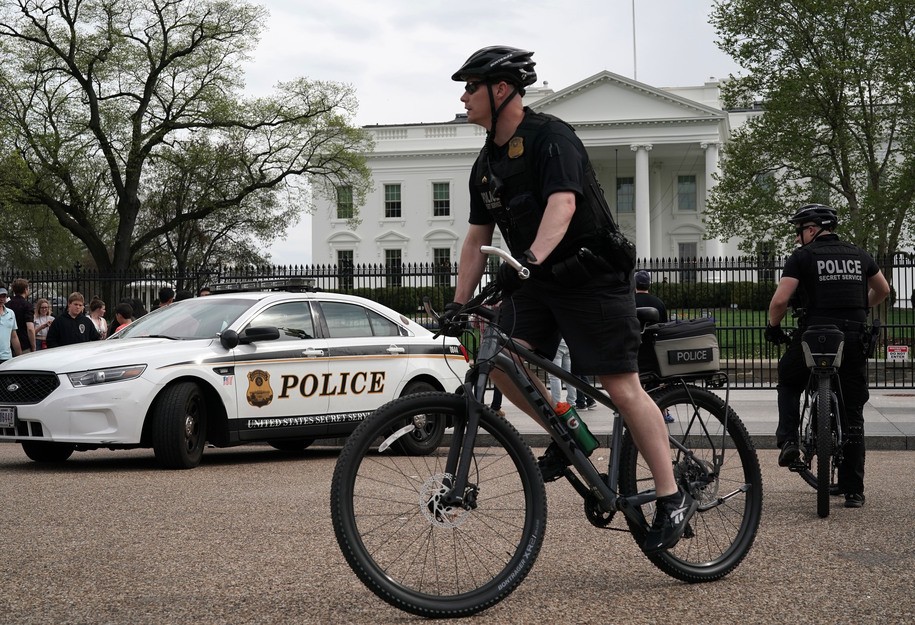 India Johnson and Yasmeen Winston, two Black mothers who were out and ready to enjoy the National Mall in Washington, D.C. last week with their children, said they were surrounded and cuffed by Secret Service agents—including having a gun pointed at them. Now, Washington, D.C. Del. Eleanor Holmes Norton wants answers. In a letter she sent to the Department of Homeland Security and the Secret Service, she stressed: “Such an incident must not be tolerated anywhere — but it will not be tolerated in our nation’s capital.”

Norton asked a very reasonable question in her letter: “Why did your officers point their rifle at the head of one of the women, in front of children, when she had apparently made no effort to avoid arrest or in any other way posed a danger?” Let’s break down what we know—and how this all reportedly started—below.

As reported by The Washington Post, Secret Service officers drove their marked cruiser into Johnson’s car, which the mothers had parked near the White House on Constitution Avenue, which happens to be where many of the Black Lives Matter protests took place in recent months. From that parking spot, the women and their young children—including a 13-month-old and a 6-month-old—were getting ready to walk down to the World War II memorial so the children could play in the water fountains. According to the Post, after uniformed federal officers hit Johnson’s left front bumper, they ordered the mothers to get out of the car and handcuffed them. The women said they were held for about 45 minutes before they were told they were free to go.

What was the explanation? According to the mothers, the officers told them that the car had been reported as stolen by two Black male suspects. Johnson, however, owned the car. She reportedly gave the agents proof of ownership and told them she had never reported it as stolen. In a recent statement to the Post, the Secret Service said Washington police told it that a car near the White House was connected to some form of criminal activity, and that the driver had been labeled “armed and dangerous.”

Making matters even more upsetting? Winston says their children were separated from them while this was going on—and claim that when the officers first began handling the littles ones, they did not wear face masks in spite of the pandemic.

Winston recalled the incident to the Post, saying they were “trying to understand what” the officer “was saying,” because they didn’t “want to make the wrong move and accidentally get shot up.”

According to a letter from Timothy Maloney, the attorney representing the mothers, the children were crying while left in the back seat of the car while this unfolded. The letter also alleges that the women were cuffed without being read their Miranda rights. This letter has reportedly been sent to Secret Service Director James Murray. Maloney reportedly called for the Secret Service to suspend the officers involved and wants the agency to release information to the public on why this incident happened and who was involved.

In part, Maloney wrote: “These were two young African American mothers with their babies sitting lawfully in a car with D.C. tags. Can the Secret Service honestly say it would have treated white out-of-town tourists and their babies, sitting there without District tags, the same way?”

In addition to Winston’s own apt Breonna Taylor comparison, it’s difficult to think of this incident without remembering the Black family detained—including handcuffing minors—when police in Aurora, Colorado mistakenly identified their family SUV as a stolen motorcycle from out of state.

Palace, Brighton and Sheffield want to buy Brewster. Liverpool ask for 25 million pounds
Milan have offered 4 million euros for the striker Bodo-Glimt Gauge. He scored them in the Europa League
Atletico showed a photo of Suarez in three sets of uniforms
Lemar is Interesting to Leipzig
Chelsea midfielder Loftus-cheek is wanted by West ham, Southampton and Aston Villa
Khimki want to sign Mirzov, Djordjevic and Grigalava (RB-Sport)
Barcelona will issue a transfer for desta for 20+5 million euros at the beginning of next week
Source https://www.dailykos.com/stories/2020/8/5/1966734/--Really-traumatizing-Black-mothers-say-they-were-held-at-gunpoint-cuffed-by-federal-officers

How prosecutors are abusing anti-riot laws to punish peaceful protesters

Under 10 Percent of Americans Have Covid-19 Antibodies, Study Finds

Tech security tip: How to delete private data for good

Prime Minister Modi to virtually address the UNGA; will focus on counter-terrorism [Details]

Germany's ex-royals want their riches back, but past ties to Hitler stand in the way

Japan Is Paying Firms to Make Things at Home. But China’s Pull Is Still Strong.

The Influencer Backlash Is Real: Ariella Charnas, Shane Dawson and More Who Had to Apologize

Insect-inspired robots that can jump, fly and climb are almost here

‘Black Aces’ in bubble have toughest job in NHL playoffs

China pushes emergency use of COVID vaccine despite concerns

Joe Flacco getting closer to suiting up for Jets

Lightning Have Championship in Sights After Winning Third Straight Game

Trump shifts focus to Pennsylvania to shore up reelection

Our new normal, in pictures

In a Season of Challenges, the Marlins Finally Break Through

Trump and his envoys have trashed Europe's confidence in the US. The damage might be irreparable

Europe's confidence in the US has been trashed. The damage might be irreparable

The Case for Blocking Lots and Lots of People

Luther Martin Gets His Close-Up

Here Are The Ways to Vote in the 2020 Presidential Election