No signs of foul play were found in the death of a British teen found near a Malaysian jungle resort — though it can’t be ruled out due to her body’s severe decomposition, a British pathologist said Monday.

Nathaniel Cary, who performed a second autopsy on 15-year-old Nora Anne Quoirin, said she died of intestinal bleeding due to starvation and stress after she disappeared during a family vacation in the southern Negeri Sembilan state on Aug. 4, 2019.

But he also told a Malaysian court that he couldn’t say for certain whether the teen had been sexually assaulted since her remains were in poor condition.

“I think we can exclude very serious trauma to the genitalia … but I won’t be able to exclude minimal trauma because of the decomposition obscuring things,” Cary testified at a virtual inquiry into her death.

“The difficulty here is because of the decomposition, the forensic evidence would be disadvantaged to an extent.”

Cary’s findings were in line with the initial autopsy by Malaysian officials, who also found no evidence the teen had been abducted or raped when she went missing from her family’s cottage at the Dusun eco-resort.

Nora was found naked on Aug. 13 just over a mile from the resort, though she had wandered away only wearing her underwear.

Her parents said they don’t believe she could have gone off on her own since she had mental and physical disabilities.

But police have claimed their investigations turned up no evidence of criminal activity — and they believe that she climbed out of a window on her own. 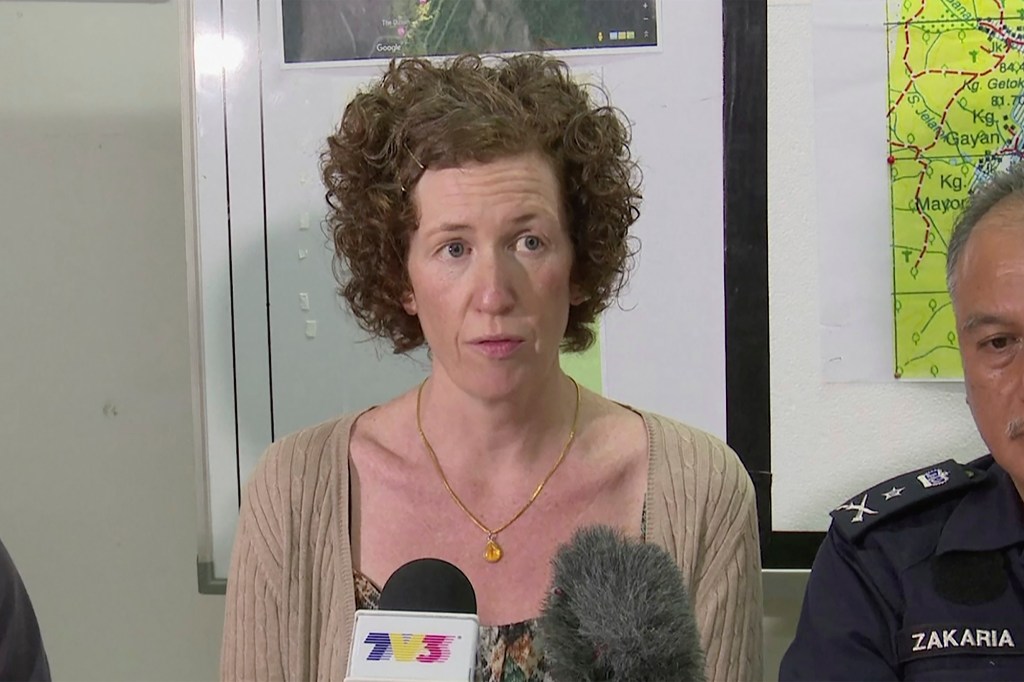 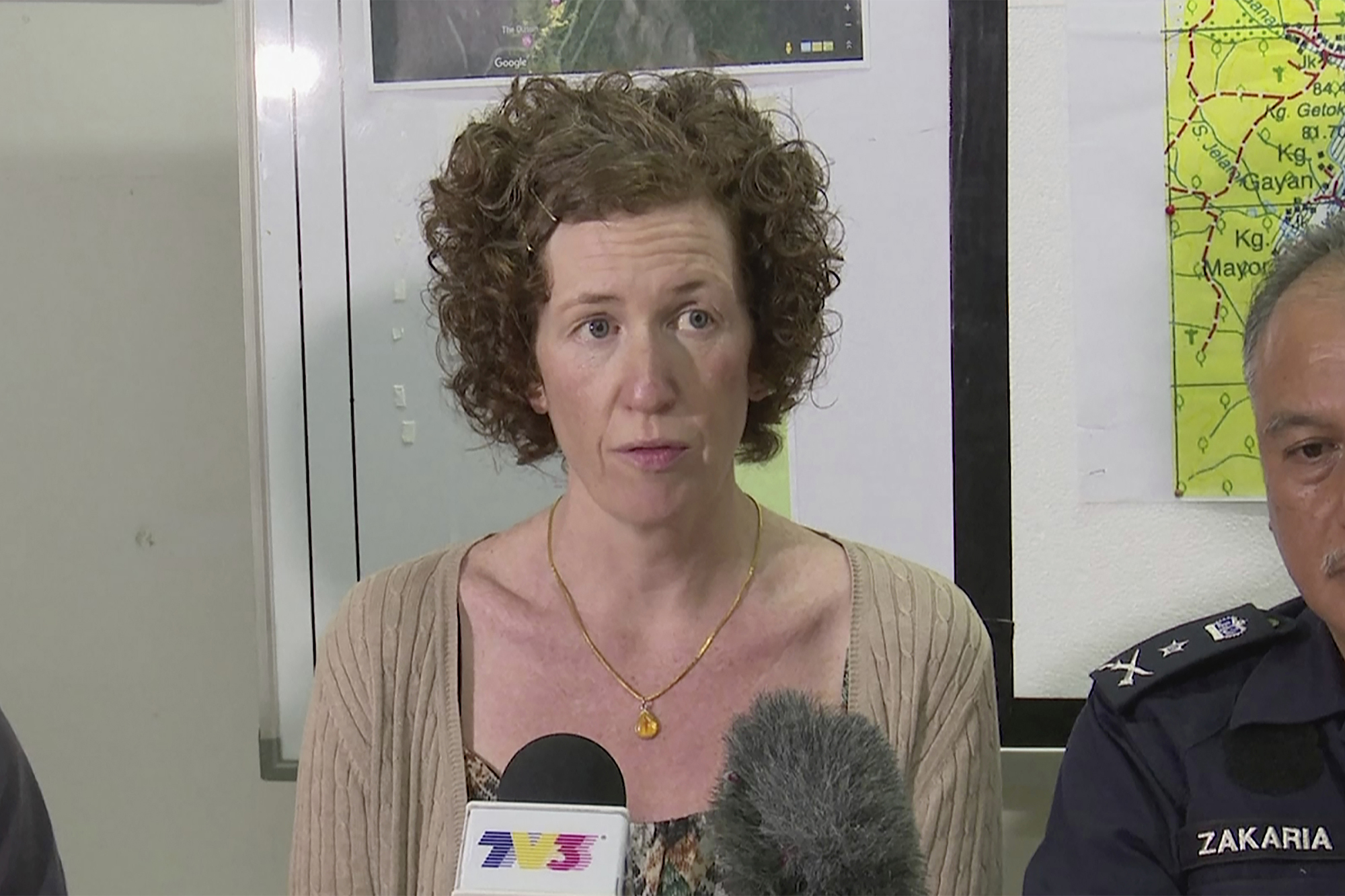 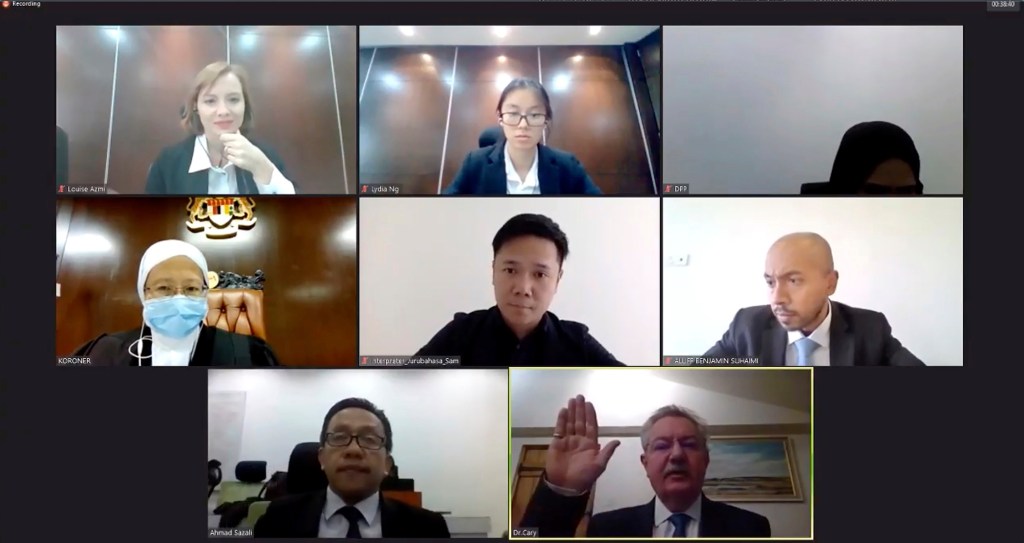 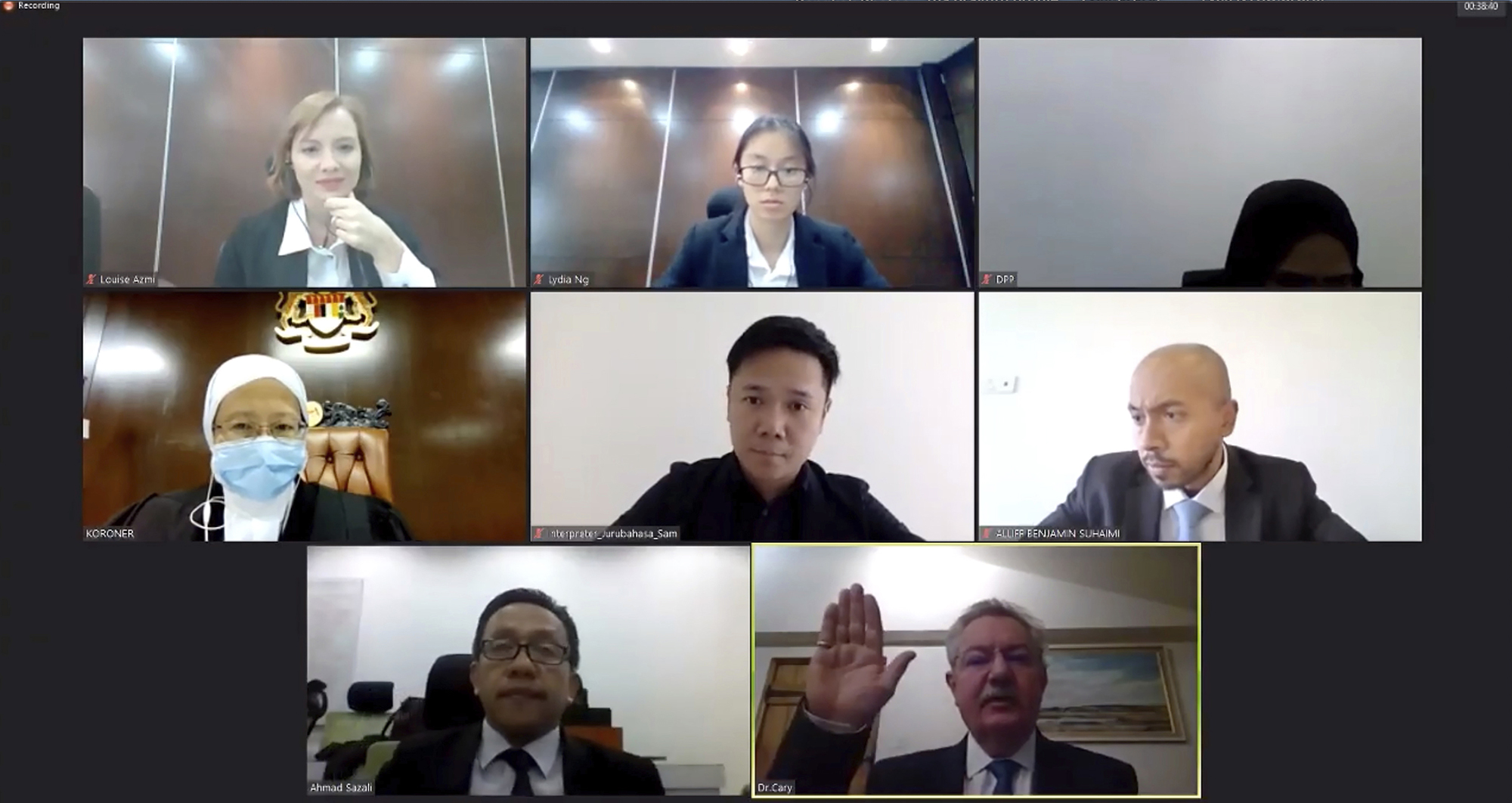 Nathaniel Cary, a forensic pathologist (bottom right) raises his hand to take his oath ahead of his testimony being provided online from the United Kingdom during a Malaysian virtual inquest. 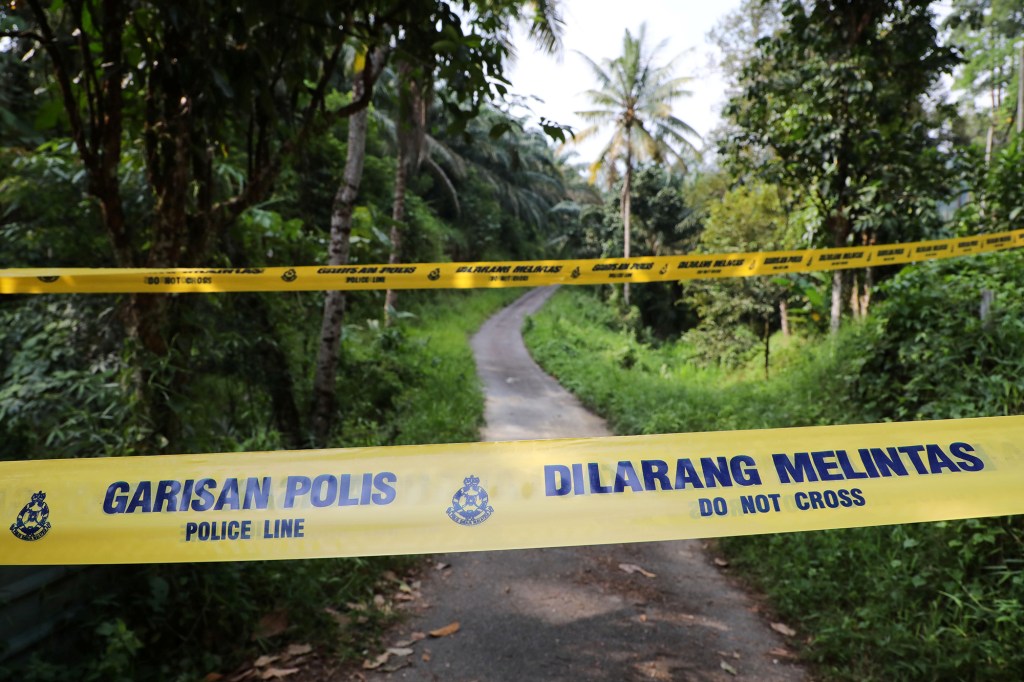 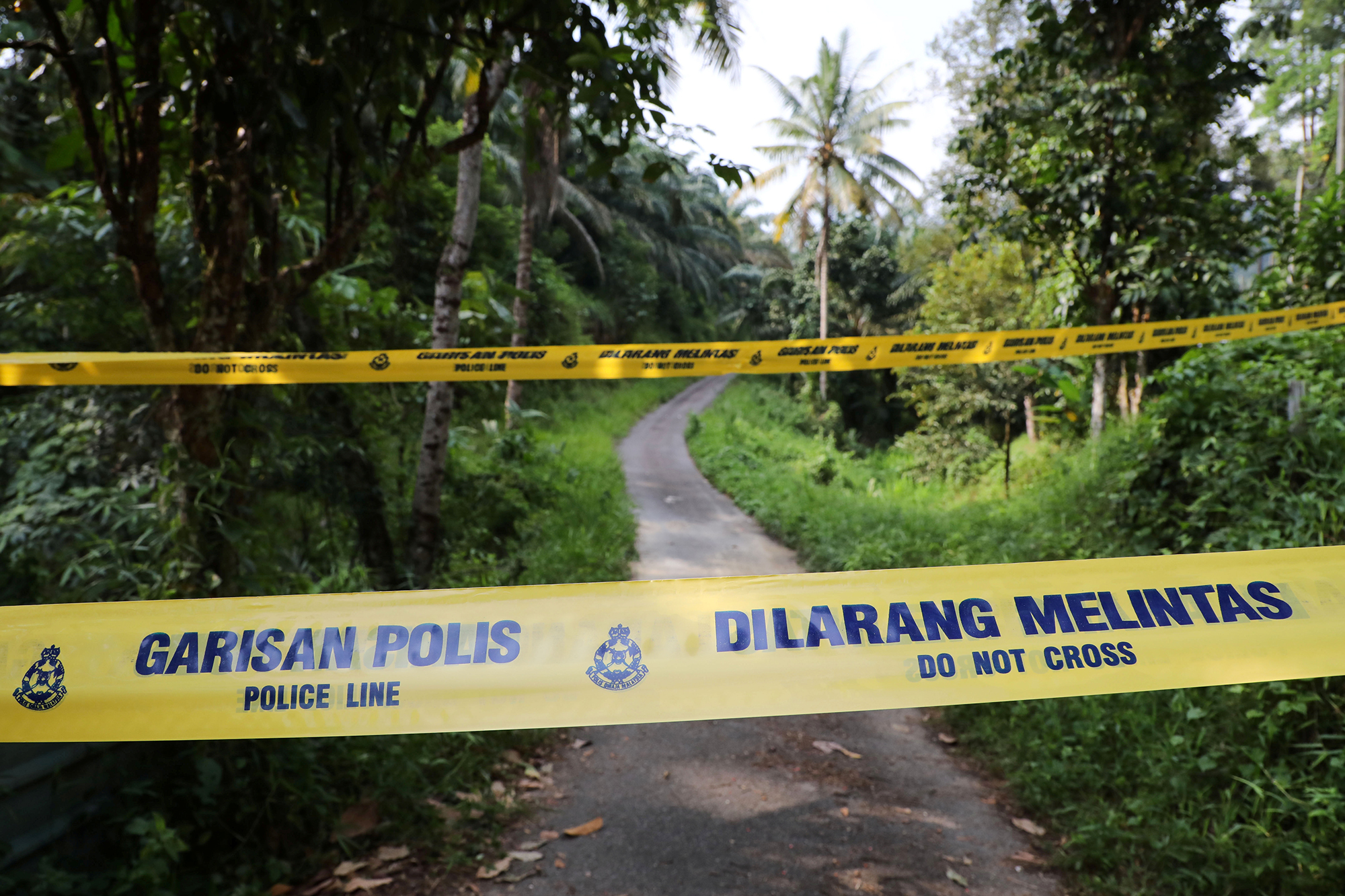 Her family has argued that foreign DNA could have washed off since her feet and hands had been in the water for a few days before her body was found.

Cary said Monday that he agreed that was a possibility, but ultimately he came to the same conclusions as Malaysian officials about the evidence available.

“I see no reason to dispute the findings, although like me, the Malaysian pathologists were clearly disadvantaged by the decomposition,” he said.

The court proceeding to determine the teen’s cause of death will likely conclude next month, but it’s possible that a verdict won’t be delivered until next year.

Her family has also sued the resort owner for alleged negligence, claiming there was no security on the property.

Nicolo Barella: We proved that we are stronger than Milan
Go do your voodoo shit, you little ass. Ibrahimovic-Lukaku during the Cup match
Pioli on the defeat by Inter: The only difference was the relegation. There could be any result in equal teams
UEFA has no plans to abandon the Euro in 12 cities. Other options are undesirable
Eriksen scored for Inter for the first time in almost six months - Milan in the Cup in the 97th minute from a free kick
The Premier League has changed its approach to determining offside after Man City's Aston Villa goal. Now in this situation will be fixed out of the game
Zlatan and Lukaku had a conflict in the Italian Cup match
Source https://nypost.com/2020/11/30/sexual-assault-cant-be-ruled-out-in-british-teen-nora-quoirins-death/

India’s farmers are still protesting — and things are turning violent

Explaining The Filibuster And Why The Senate Might Eliminate It

An impasse ends in the Senate as Democrats win a filibuster battle.

Arlo Parks Is Listening to Frank Ocean, Funkadelic, and Music for Plants

‘The Great Gatsby’ Series In The Works From Michael Hirst

Driver who ran over pedestrians and cyclists in Portland hit speeds of up to 60 mph, police say

Biden says U.S. will have vaccines for 300 million Americans by end of summer

Biden pledged 150 million Covid vaccinations in 100 days. This is what the numbers say.

Judge: Floyd's past arrest details can't be used at trial

Best and worst of Ibrahimović as Milan loses at Inter

What exactly is American unity supposed to look like?

Cause of fire that killed Zappos CEO Tony Hsieh still a mystery: officials

Biden says there will be enough vaccine for 300,000 Americans by mid-summer

Brazil's Health Minister under investigation over health crisis in Amazonas

How Success Happened for Evan Goldberg of Oracle NetSuite

You Can Help Claudia Conway Most by Leaving Her Alone

McFarland: Iran has 'no leverage left' to pressure US to rejoin 2015 nuclear deal

Elliot Page, Emma Portner getting divorced: ‘We have the utmost respect for each other’

Netflix's Crime Scene: The Vanishing at the Cecil Hotel Is So Scary You May Have to Check Out

They find a speakeasy whose entrance was a fake refrigerator, authorities shut it down

I witnessed the rise of Nazism firsthand. We must act now to protect American democracy

Mike Lindell, the MyPillow C.E.O. and a Trump conspiracy advocate, is barred from Twitter.

These Business Owners Made Their Feelings for Trump Clear, and So Did Their Customers

The Knicks are running on fumes