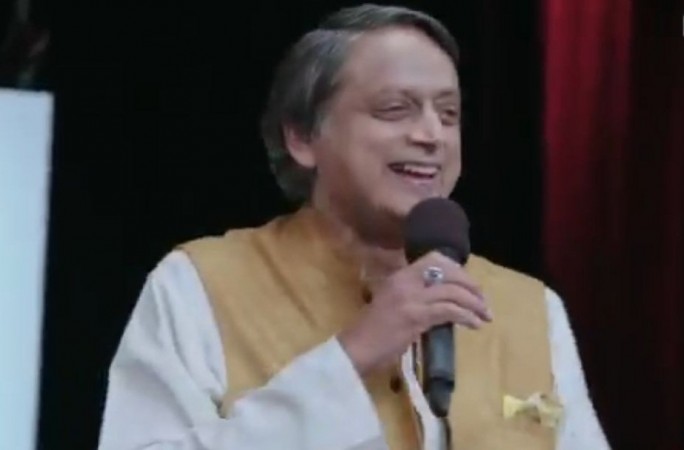 Shashi Tharoor in One Mic StandScreenshot of Amazon Prime video

Congress leader Shashi Tharoor, who is known for courting controversy with his views, is now set to become a standup comedian for Amazon Prime's One Mic Stand (OMS). He has released the sneak preview in his comedy act, which has got him trolled on social media.

Shashi Tharoor has already done several jobs like politician, writer and a former career international diplomat and Thiruvananthapuram MP and proved successful in most of them. The Congress leader will soon be seen in a new role - stand-up comedian in Amazon Prime's One Mic Stand, which challenges five celebrities to go up against five professional comedians in front of a live audience.

According to reports, Shashi Tharoor is paired with popular comedian Kunal Kamra in the series One Mic Stand. On Wednesday, he tweeted the minute-long sneak preview of the series which shows him dressed in a long white kurta and a gold waistcoat with the Indian national flag pinned on it. He wrote, "Sneak preview of a minute of my stand-up comedy act (it does get better later!) #OneMicStand." 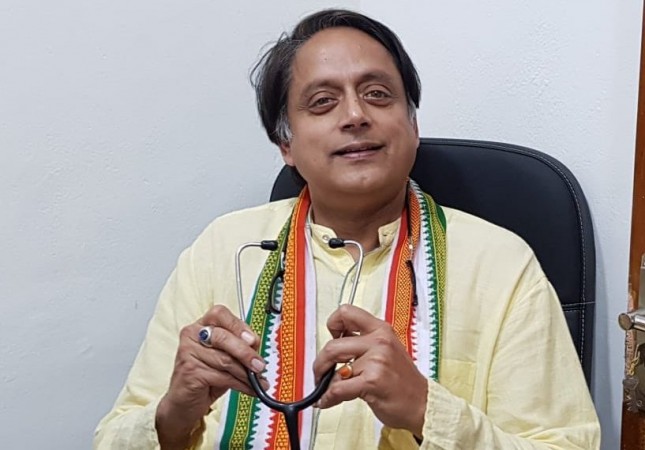 The teaser of One Mic Stand shows Shashi Tharoor making fun of his oratory skills and using complicated words. "I had a normal childhood like all of you guys, my parents embarrassed me too when guests came over and said Shashi, Uncle ko angrezi bolke sunao na," the Thiruvananthapuram MP is seen saying in its sneak preview.

Shashi Tharoor's comic act has impressed many people. The sneak preview has not only grabbed many eyeballs, but also generated a lot of curiosity about One Mic Stand. However, the Congress leader has earned a large number of views against right wing people and those people started trolling him in reply.

Mr Tharoor-I am sure u will make a far better stand up comic than most of the clowns here who think Comedy is all about 4 letter words Listening to u took me back the classic comedy shows like Yes Minister,Are U Being Served, Black Adder etc Why did u even get into politics?

Keep at it Sashi Tharoor. May be career switch is what all congressmen and women have to think about especially after the Cold feet developed in Maharashtra The Toothier smile though makes you more rooted. The number of likes may intoxicate you. Better to make them laugh GoodLuck

Nice to have some real humour instead of a series of obscene words being peddled as humour .

Sir, you're amazing paradoxical vertebrate inside limpid telescope from a chimpanzee planet in an adorn psychosis pneumonia. Today, I realized why Rahul sir loves you so much and don't say it was an exchange benefits of Sunanda.

Lovely. It is so refreshing to see you laugh at yourself. Why did you not stop appearing a pomposity by choosing smaller or lighter words? You probably did not wish to dispel the implied charm, or did you?

based on my intellectual capacity and my vast knowledge,tactically and tentatively,right from the beginning of times especially in the light of ecclesiastes evolution,i have come to a concrete,profound and definite conclusion that u are awesome sir..

Great going, Mr Tharoor! You have an alternate career lined up; please infuse some fresh air to the already crowded and if I may, monotonous space! Your bold initiative is praiseworthy; thank you!

Holdout States Resist Calls for Stay-at-Home Orders: ‘What Are You Waiting For?’

As Coronavirus Spreads, Washington’s $1 Billion Aid Cut Couldn’t Have Come At a Worse Time for Afghanistan

Snag these highly-rated home printers for under $100

Should I Start Wearing a Mask?

Logan Williams Dies: ‘The Flash’ And ‘When Calls The Heart’ Actor Was 16

Shelby Harris counting his blessings, not his lost millions

Can an Old Vaccine Stop the New Coronavirus?

Coronavirus Live Updates: C.D.C. Recommends Wearing Masks in Public, but Trump Says: ‘I’m Choosing Not to Do It’

These Services Deliver Wine & Spirits Straight to Your Doorstep

This long-lost voice is getting me through the crisis.

10 leaders who mattered most on coronavirus response this week

Unpacking the Most Memorable Fashion Statements From Netflix’s Tiger King

The CDC now recommends everyone use cloth masks in public

I'm a doctor in NYC. This is what I need to feel safe

Trump recommends Americans wear masks, but adds: 'I don't think I'm going to be doing it'

Removing the USS Theodore Roosevelt captain was reckless and foolish

Leaders back Navy firing of ship captain; sailors cheer him

Selena Gomez reveals she’s bipolar in chat with Miley Cyrus on Instagram Live: ‘I’ve seen it in my own family’

Waka Flocka and Tammy Rivera return for ‘What the Flocka’

Cardinal Dolan on coronavirus' impact on Holy Week: 'Remember the essence of Easter'

‘Lord of the Flies: PPE Edition’: U.S. cast as culprit in global scrum over coronavirus supplies

“We’re Definitely Spreading It”: Flight Attendants Fear They Are Losing The Fight Against The Coronavirus

Under Armour takes 25% off shoes, workout gear and more for sitewide sale

18 countries have no reported coronavirus cases

27 cases of COVID-19 at Orinda senior care facility, nearly half of patients are over the age of 80

F.D.A. to Allow Use of KN95 Masks Approved by China

WHO experts ‘worried’ about mental health, give tips to stay sane in lockdown

The CDC Advises Everyone To Wear Masks In Public

2 storms take aim at Bay Area: Here's when the rain will hit

Man writes song about quarantine to pass the time

Send a friend Mrs. Fields cookies for up to 50 percent off

Inside the Kennedy "Curse": How the Dynasty Endures in the Wake of So Much Tragedy and Scandal