Hope these buyers don’t have any large furniture.

A “skinny house” has gone viral for its rather narrow width -- just three-feet on one end. 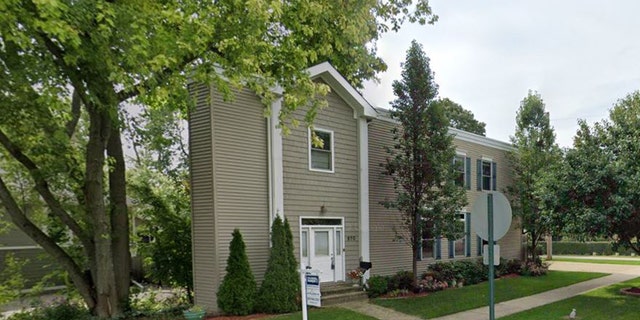 A TikTok video, which has been viewed more than 1.1 million times, shows the incredibly slim exterior. (Google Maps)

The home, which sold Friday in Deerfield, Ill., features an unusual wedge-like layout on a 3,920-square-foot triangle lot. It is known by locals as the Pie House, the New York Post reported, because of the particular architecture, which is 3-feet in width on the small end, but then widens to nearly 20 feet, the Post reported.

A TikTok video, which has been viewed more than 1.1 million times, shows the incredibly slim exterior.

“That’s not a house, that’s a hallway,” one person commented.

“One gust of wind and it’s all over,” another joked.

The home, which was built in 2003, was listed by real estate agent Alan Berlow of Coldwell Banker Realty. According to a listing on Redfin, the home sold for $260,000.

“The room sizes are actually fairly normal,” Berlow said of the two bedrooms to the Post.

Manchester United will not pay more than 25 million euros for Teles. The player hopes that the deal will be finalized this week
Morata's transfer to See is agreed. Tomorrow he will fly to Turin and sign a contract
Pamakana Interesting man UTD
Karasev is scheduled for the young boys-Tirana match in the Europa League
Les Ferdinand: the Decision to take a knee was very powerful, but its impact has decreased. The message is lost
Vidal said goodbye to Barca: Proud to have worn this shirt and played alongside the greats
Sporting renamed the Academy in honor of Ronaldo
Source https://www.foxnews.com/real-estate/skinny-house-viral-unusually-slim

Trump on Supreme Court vacancy: 'When you have the votes, you can sort of do what you want'

Take movie night up a notch with these portable projectors

CNN's Jeffery Toobin: Democrats 'wimps,' might not have 'guts' to battle GOP over Supreme Court vacancy

Is Halloween still happening? Nearly 25% plan to trick or treat despite cities clamping down

Russian ‘Teacher of the Year’ winners mortified by X-rated trophy

Biden would push for less US reliance on nukes for defense

How the RBG vacancy proves the Senate is totally broken

First day of in-person learning for pre-K, 3-K students kicks off in NYC

Man accused in 1976 double slaying to get another psych exam

Amazon To Stream ‘All In: The Fight For Democracy’ For Free On Voter Registration Day

‘The Borgias’ actor François Arnaud comes out as bisexual

All eyes on Romney, Grassley and Gardner as Supreme Court confirmation fight looms over the Senate.

Through 2 games, the Tom Brady-Rob Gronkowski connection is almost nonexistent

Ruth Bader Ginsburg Lost Her Battle to Save Voting Rights. Here’s How We Can Take Up the Fight and Honor Her Legacy

Rebecca Traister Finds Hope In the Mixed-Up-ness of Humanity

‘A Love Song For Latasha’ on Netflix Honors The Life, Not the Death, of Latasha Harlins

What Chadwick Boseman's Death Tells Us About Workplace Healthcare

Chadwick Boseman, RBG and Naya Rivera among those honored during Emmys 'in memoriam' segment

Michelle Obama Confesses: ‘I Wanted To Push Barack Out Of The Window’