Rajeev Misra, the head of SoftBank's $100 billion Vision Fund, has been accused on the grounds of sabotage to scuttle rival's careers. It seems he paid an intermediary to smear them. However, Misra's official spokesperson says he did not orchestrate the effort. 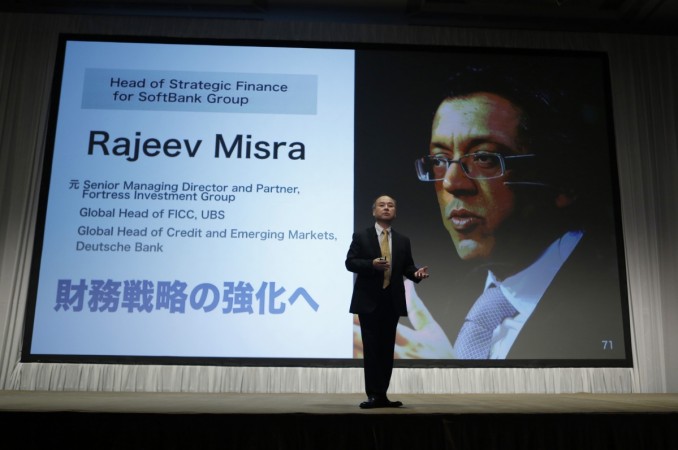 It was a career coup for Rajeev Misra and not a traditional tale of corporate ladder climbing, when the man who held a series of Wall Street jobs, was put in charge of one of the most formidable investing machines. His steep rise, rather a rapid one was succeeded in part by striking at two of his main rivals inside SoftBank with a "dark-arts campaign" of personal sabotage to rise to the position as the CEO of SoftBank's investment arm in 2017.

He reportedly tried to lure Nikesh Arora, then SoftBank president into a 'honey trap' and blackmailing him in a particularly scandalous episode in 2015, but the plan failed. According to reports, Misra's intermediary allegedly tried to lure Arora into returning to a Tokyo hotel room with "one or more women", wherein hidden cameras were installed to trap Arora in sexually compromising positions. But the plan failed when Arora did not go to the hotel room.

Such "dark-arts" campaigning made him rise to the position of CEO of SoftBank Vision Fund while damaging the reputation of many targeted executives. 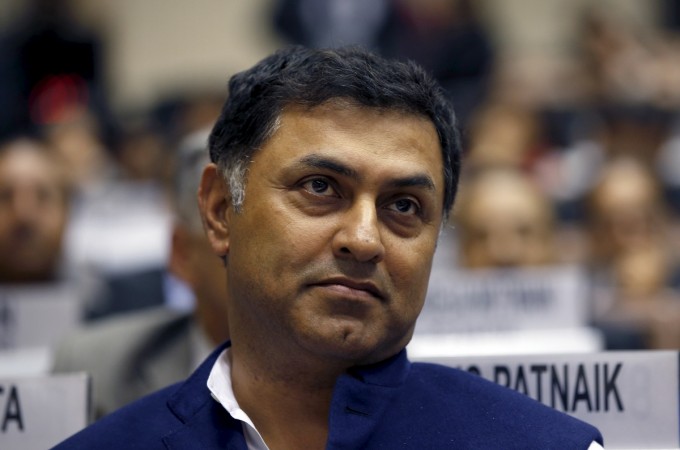 Also a part of his "dark art campaign", Misra allegedly hired several people who leaked damaging reports of rival executives to the media and even orchestrated shareholder push to fire them.

Under Misra's leadership, the Vision Fund has poured billions into startups such as Uber and WeWork, Oyo and Zume. SoftBank has said it'll be reviewing the fresh allegations made. Investigations on the campaign of falsehoods against SoftBank Group are on, and on certain former employees in an attempt to identify those behind it.

SoftBank and Misra denied the accuracy of the report, saying that Misra did not orchestrate any campaign against former colleagues. However, SoftBank will be reviewing the inferences made by the Wall Street Journal report.

What Atlanta's snowmageddon teaches us about social distancing

Immunologist says he has a possible cure for the coronavirus

Paris Jackson’s Love Life: What We Know And What The Tabloids Are Definitely Getting Wrong

Defense Leaders Back Navy Secretary’s Firing of Captain Over COVID-19 Warning. His Sailors Cheered Him as He Left His Ship

A New 'The Office' Comedy For The COVID-19 Era?

Bret Baier on possible national lockdown: Trump 'is balancing out basically a nuclear bomb on the U.S. economy'

Netflix shows ‘Nailed It’ and ‘#blackAF’ worth binging in April

Henry C. Gonzalez, former South Gate mayor who survived a gunshot to the head, dies at 84

At least 70 people infected with coronavirus linked to a single church in California, health officials say

Coronavirus killed China's whistleblower doctor. Now the virus has changed how the country can mourn him

‘I Wish I Had Paid Attention Sooner.’ Kim Kardashian West on Her Justice Project and Quest For Apolitical Prison Reform

‘Everything is Always Keep Changing’

California Legislature extends recess over coronavirus concerns until May 4

Covid-19 is ravaging the music world

There Is No Way Out but Through

Answering Your Coronavirus Questions: Giving Back, Online Dating And Mexico

US Markets Close Down More Than 1% Friday

Doctors say India must prepare for an 'onslaught'

Trump, 3M clash over order to produce more face masks for US

America’s emergency stockpile is almost empty. Nobody knows what happens next.

Fanatics takes up to 65% off jerseys, hats, and more for sitewide sale

New York’s new budget is all about denial

Medicare For All Coronavirus Patients? But Who Exactly Qualifies?

How Well Do Masks Stop The Spread Of A Virus?

Tensions Persist Between Trump and Medical Advisers Over the Coronavirus

In the 1918 flu pandemic, not wearing a mask was illegal in some parts of America. What changed?

In 1918 flu pandemic, not wearing a mask was illegal in some parts of US. What changed?

The biggest bad guy at WrestleMania is coronavirus

US urges masks as dramatic steps to combat virus roll out

Suddenly, even globalists are big on borders

Married for 51 years, they died of Covid-19 six minutes apart

COVID-19 updates: Cheering sailors warm the heart but can't erase the disaster going on around us