Test drive: The 2021 Acura TLX is a blast from the brand's past

The 2019 Honda Passport is the brand's most adventurous SUV, offering some off-road chops and the looks to go with them. Fox News Autos editor Gary Gastelu heads off the beaten path to see what it can do.

The 2021 Acura TLX is an oddity in today’s new car world because it’s a new car. 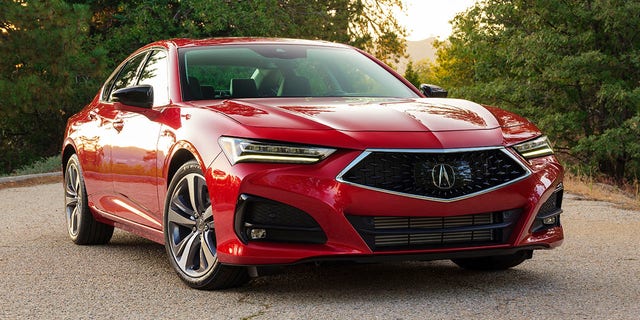 The all-new midsize model doesn’t share its platform with any crossovers or SUVs (at least not yet) and was designed to keep the four-door sports sedan fires burning at Acura, even as buyers continue moving away from the segment.

Acura is discontinuing the full-size RLX, however, which makes the TLX its largest non-utility offering. 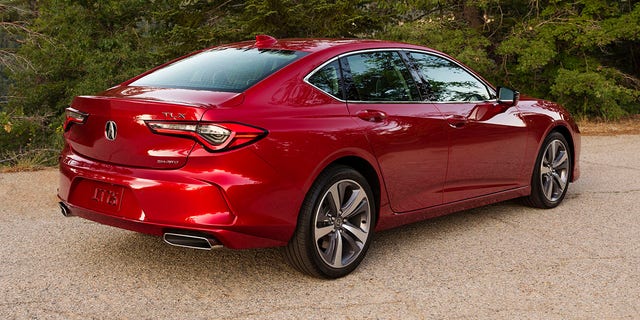 Its wide, low, long and curvy body features a stretched hood that gives it the look of a rear-wheel-drive model despite being built on a front-drive-based platform with a transversely mounted four-cylinder engine.

GET THE FOX NEWS APP BY CLICKING HERE 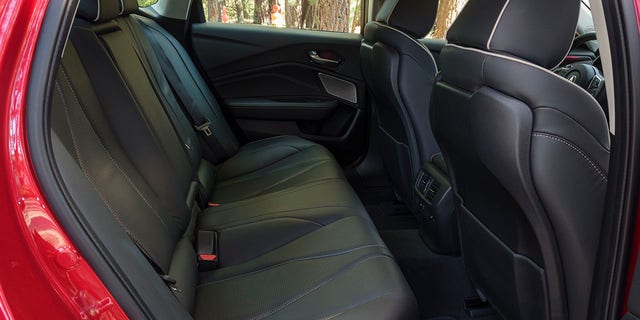 The TLX is nearly the same size as a Honda Accord but not quite as space-efficient. Its rear-seat legroom and trunk space can’t compete. Of course, the Accord isn’t the competition. The TLX is priced like a compact but matches up with more expensive midsize models like the BMW 5-Series and Mercedes E-Class, while it’s closest in spirit and execution to the Audi A6. 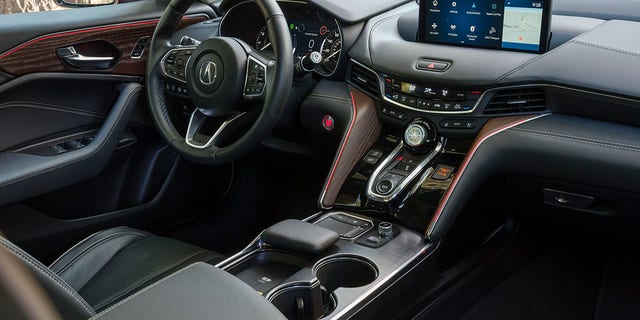 The TLX has a warmer interior design than the Audi, with lots of layers, curves, open-pore wood and soft, stitched materials throughout that’s in lockstep with the brand’s best-selling RDX SUV. That includes sporty, form-fitting seats and an infotainment system controlled by a pad on the center console that Acura is convinced is easier to use and safer than a touchscreen display. I’m still not. It’s a bit fiddly as you dive into menus but is better than Lexus’ take on the same idea that it is finally phasing out in favor of … touchscreen displays. 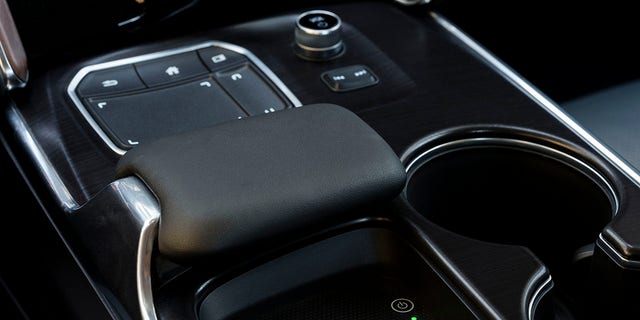 Sometimes you’ve just got to give the people what they want, not what they need. You get that in the way the TLX drives. Over the years, Acura has drifted in and out of its original mission as a maker of premium sporty cars, but this TLX lives up to the Legend. (Pun intended for you Acura fans.) 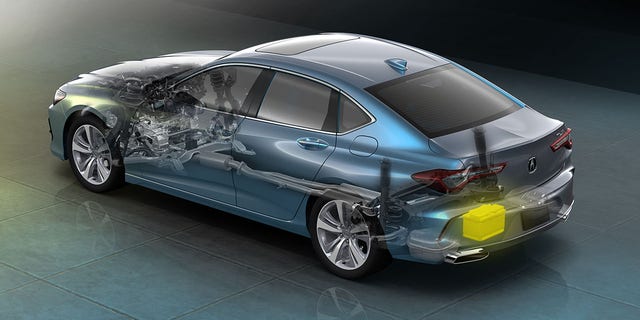 The TLX doesn’t beg you to drive it like you stole it at first. In fact, if you leave it in comfort mode it exhibits a loping gait, not unlike one of those crossovers it's trying not to be, but the Sport setting is labeled accurately. It firms up the computer-controlled shocks, adds weight to the steering and makes the throttle and transmission more aggressive. 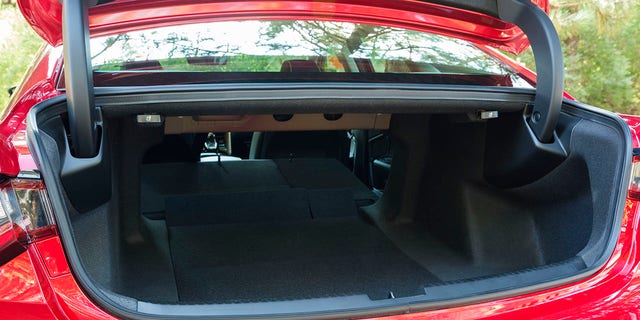 Take the hint. The TLX loves a good curve and doesn’t mind if you throw it into one with authority. Its double-wishbone front suspension provides sure-footed moves and lets it handle more than you’ll probably ever dish out. The electric-assist brakes bite like vampire bats and the engine has plenty of grunt to a soundtrack that gets better the harder it’s working, bringing to mind the cars Acura races in the 24 Hours of Daytona when it’s at full song. 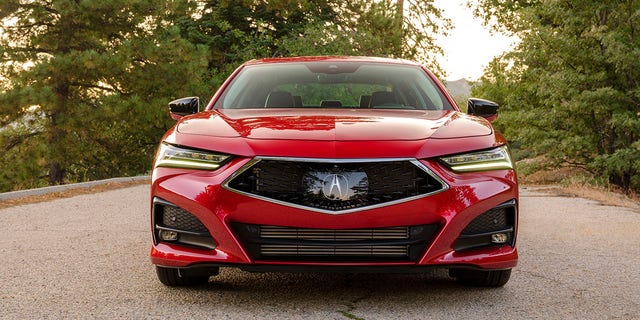 The clear protective cover for the TLX's sensors is the one blemish on its otherwise stylish exterior design. (Acura)

If music is more your thing, the audio system that comes in top models isn’t too shabby. The 710-watt ELS Studio 3D setup from Panasonic drenches you in sound with 17 speakers, including in the ceiling and twin subwoofers. Additional tech includes a head-up display and a driver-assist package with automatic emergency brakes, lane-keeping assist and adaptive cruise control that make it a great place to commute in, but the TLX is a lot more fun when you have full control.

Rooney on the possibility of a move to Barca in the 2010/11 season: Thinking about it. Could fit in perfectly
Hooray, in England they will let the audience into the stands again! While up to 4 thousand and not everywhere, but the clubs are happy 😊
Solskjaer about the match with Istanbul: these are the Champions of Turkey, it will be difficult
Gasperini on the nomination for the best coach of the year award: If we beat Liverpool, maybe I'll get a few votes
Julian Nagelsmann: Leipzig want to give PSG that final feeling they are talking about
Tuchel Pro Champions League: Match with Leipzig - the final of our group
Antoine Griezmann: it's Time to put everything in its place. I've had enough
Source https://www.foxnews.com/auto/test-drive-the-2021-acura-tlx

Why I’m Mourning the Death of a Giant Telescope

The Queen's Gambit Just Set a Wild Netflix Record--and Yes, It's Absolutely Worth the Hype

Boris Johnson's COVID Winter Plan to continue in UK till March 2021; will it work

If You Left A Monolith In A Remote Utah Canyon, Authorities Would Like A Word

At least 45 people have been killed during Uganda protests

Pedro Pascal's reaction to his adorable Mandalorian mini-me is everything

This Is What Life Will Be Like for the First People to Settle on Mars, According to Elon Musk

Below Deck Med's Hannah Ferrier Is Engaged: See Her Ring

How Trump's fundraising could benefit his post-White House political life

Help! I Hate My Wife’s Cooking.

Americans are scared as virus surges. They're also resilient.

Learn From Successful Entrepreneurs with This On-Demand Audio Learning Platform

Muslims reel over a prayer app that sold user data: 'A betrayal from within our own community'

Ex-NYPD detective on sharp uptick in violent crime: 'A law that isn't enforced is not a law'

A Meditation on Manhattan in the Work of Torey Thornton

Can Democrats Win Georgia Without Trump on the Ticket?

Barack Obama says Michelle had to ‘tamp down’ feeling ‘frustrated, sad or angry’ in WH

Backlash be damned, TikTok star Charli D'Amelio just made history on the platform

Walmart wants to sell liquor in Texas. The U.S. Supreme Court said no.

Lori Loughlin's daughters 'very upset' with both of their parents behind bars: report

Why Throwing Out the "Old Bananas" is Imperative to Your Success

Bengals will try to move ahead without injured Burrow

Doctors and Nurses Talk About Burnout as Another Wave of COVID-19 Hits U.S.

Georgia extends use of absentee ballot drop boxes for Jan. 5 runoff amid surge in requests

Everyone’s Moving to the Suburbs

The Latest: Ravens have several test positive for COVID-19

GSA official to brief Congress next week on presidential transition

GM flips to California’s side in pollution fight with Trump

How Online Tools Can Help Your Nonprofit Survive COVID-19

A Weinstein Accuser, A Miramax Bidder, A Top Broadway Director And Hollywood’s Premier Songwriter Created The First #MeToo Musical – And Then Covid Arrived

How do you get people to stop believing the lies? Ask artist Alison Jackson

Michigan's state board set to vote on certification

Shawn Mendes' In Wonder Bombshells: His First Meeting With Camila Cabello and More