A U.S. federal appeals court in Texas has blocked a lower court’s order last Friday that Texas must allow straight-ticket voting in the November election. 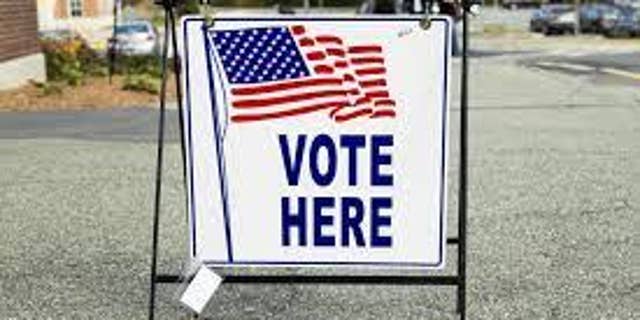 Marmolejo blocked Texas from eliminating straight-ticket voting, a decision that would allow for choosing one party's entire slate of candidates in the November election with a single stroke.

Most states don't offer straight-ticket voting. Texas has for decades, but Republican Gov. Greg Abbott recently signed a law removing the option. That measure was pushed through by a GOP-controlled Legislature that argued the change would encourage voters to weigh down ballot races and cast better-informed ballots on Election Day.

Democrats sued over the change in March, pointing toward long lines in Houston on Super Tuesday, when some voters waited more than an hour to vote. They said the law disproportionately hurts Black and Latino voters in big urban counties, where longer ballots result in longer wait times.

Garcia Mamolejo said claims that voting machines couldn't be reconfigured so close to the Nov. 3 election were unconvincing, doubting it "will be as onerous as Texas claims."

The lawsuit was filed in federal court along the Texas border in Laredo. It was one of several voting challenges filed by Democrats in Texas leading up to November. Republican leaders have refused to expand mail-in voting in Texas during the pandemic. Next week, the Texas Supreme Court will hear arguments in a case that will determine whether Harris County can send mail-in voting applications to more than 2 million registered voters.

The plaintiffs have until Tuesday at 5 p.m. to file a response to the appeals court decision.

Highlight of the month: the Rangers forward scored from 50 meters (the farthest goal in the history of the Europa League). Gerrard says he's never seen anything more beautiful 😍
Mourinho on 3:0 with LASK: Difficult opponent, but Tottenham played so that the victory seemed easy
Stefano Pioli: Milan is not an ordinary team. He plays with less dedication after the Derby
Barca players - report on salary cuts: We are not going to put up with the violation of our rights by the club
Milan are 21 games unbeaten in all competitions. Next game - with Roma
A year ago, a forest was planted at the rival CSKA stadium. The author paid attention to the felling of trees
Conceisau about the refereeing of the game with Manchester City: I Apologize to the Portuguese referees after what I saw here
Source https://www.foxnews.com/politics/texas-blocks-lower-court-straight-ticket-voting-2020

How a Police Killing in Nigeria Sparked a Nationwide Movement, and a Global Phenomenon

Colorado officials are warning that two major wildfires could merge

3 reasons you shouldn't wait to refinance your mortgage

Canadian Ryan Reynolds votes in US presidential election for the first time: 'Proud'

Thousands of children could be back to school sooner under a new L.A. County policy

Court blocks Trump from getting undocumented immigrants’ census data for his reapportionment plan.

Protesters call for federal investigation into Waukegan police fatal shooting of suspect: ‘We don’t want the police investigating the police’

Claudia Eller returns to Variety after suspension over reporter spat

Another body found in search for Tulsa race massacre victims

Iranian entities hit with US sanctions over 2020 election interference bid

Stream It Or Skip It: ‘Cadaver’ on Netflix, a Norwegian Horror Movie About Dinner Theater From Hell

Trump, Biden Head Into Final Debate And The Stakes Have Never Been Higher

US Postal Service Has Delivered More Than 100 Million Ballots

We’re At Home, Too

The Case Against Google

The Latest: Hundreds gather near site of presidential debate

Why Republicans Have Become Obsessed With Accusing Their Opponents of Pedophilia

7 Lawsuits the ‘Borat’ Movies Have Gotten Sacha Baron Cohen In

6 Are Shot in Brooklyn as N.Y.C.’s Summer of Violence Spills Into Fall

Review: Bruce Springsteen finds renewed life, amid death, with the E Street Band on 'Letter to You'

Einstein Bagels to release 'Party Bagels,' which are just doughnuts

NYC To Ease COVID-19 Restrictions In Parts of Queens, Brooklyn

Ghislaine Maxwell's Deposition Unsealed: What She Alleged About Jeffrey Epstein and Prince Andrew

Brooklyn Roasting Company files for bankruptcy, will close its shops

Quibi shutting down 6 months after its billion-dollar debut