“Succession” fans now have another way to become even more obsessed with the show.

The device is programmed to “pair” with Lovense brand sex toys and then vibrate every time awkward “Succession” character cousin Greg — played by Nicholas Braun on the HBO drama — is in a scene.

Ahead of the Season 3 premiere of “Succession” on Sunday, Oct. 17, adult entertainment company CamSoda has partnered with Lovense to provide vibrations (and sexual pleasure) every time the cousin Greg pops up, so to speak.

“The love and admiration for cousin Greg has reached a fever pitch. He’s everyone’s favorite character on ‘Succession,'” a representative for CamSoda said in a statement. “Since he has become so popular, he has turned into an internet-fueled sex symbol. Even Tom knows. He said you can’t have a Tomelet without Greggs.”

The rep added that the company “wanted to provide people with an outlet to orgasm to cousin Greg while he graces them with his presence every Sunday evening this fall,” adding that they “developed ‘Greg the Egg – cast’ to do just that — turning ‘Succession’ into ‘Sexsession.’”

The “Succession” toy is the latest edition of CamSoda’s “Cast” series. The product line has paired sex toys with the volatility of cryptocurrencies, team performances in the Super Bowl and more.

So does cousin Greg himself know that he has a sex toy modeled after him? 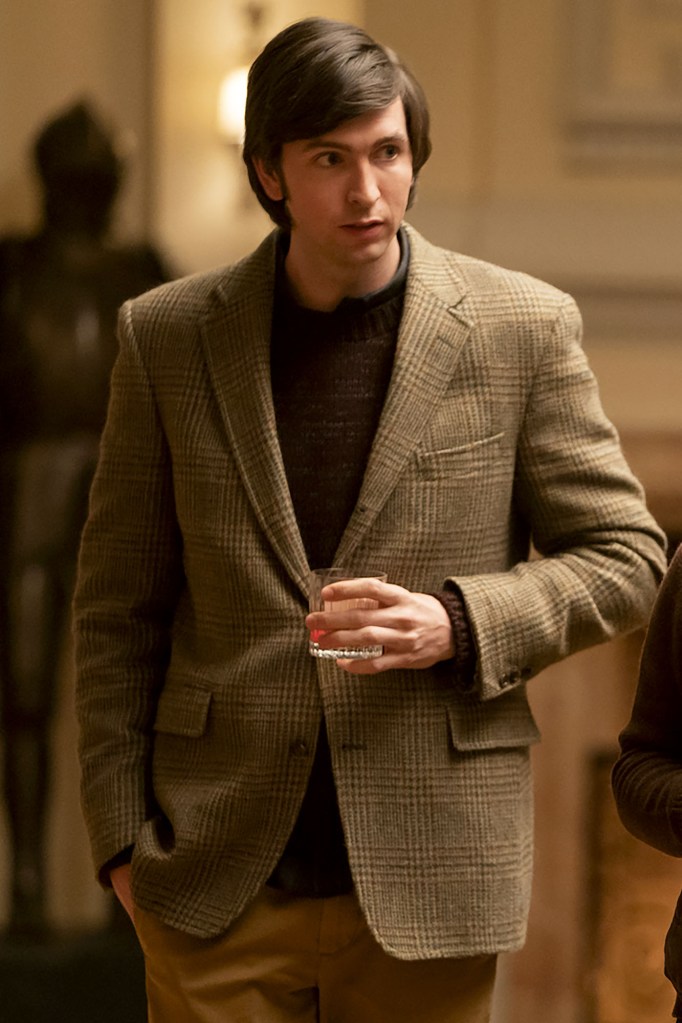 It turns out Braun, 33, is well aware. According to Vanity Fair, he said that a friend forwarded him the press release for the product.

“I think, uh … Is it a compliment?” the actor told the outlet.

“That’s such an intimate thing to do with yourself — or with another person participating or watching. So the fact that ‘Succession’ and Greg can be on their mind as that’s going on, it’s not something that any of us expected,” the “Zola” star added.

‘Power of the Dog,’ ‘Don’t Look Up’ Among Netflix Films Vying for Music Oscar

China and US at odds over Biden's 'Summit for Democracy'

Who is Davide Giri, the Columbia grad student fatally stabbed in NYC?

"They would have lynched me": Kangana Ranaut reacts to farmers surrounding her car in Punjab [details]

Litter clean up ‘blitz’ to begin in Anne Arundel County

DNA inside conch shell leads to suspect in 2001 homicide

Why Paulina Gretzky ‘stayed away from athletes’ before Dustin Johnson

Stephen Colbert Tears Into Supreme Court On ‘The Late Show’: “We Don’t Live In A Democracy”

Here's why the US government is changing rent relief distribution

A gravelly voiced President Biden says he has a cold

America added a disappointing 210,000 jobs in November. But the details paint a different picture

SEC Championship: 3 questions as Alabama and Georgia battle it out

A Majority of Lawmakers Support Overhauling How the Military Handles Serious Crimes. It Still Might Not Happen

Long, Morris back on US roster for Bosnia exhibition

Omicron variant: WHO claims measures used to counter delta variant should be used

LeBron James cleared to play after testing negative for COVID-19

Billie Eilish and Finneas on ‘No Time to Die,’ a Bond Theme That Really Might Have Eternal Life

Maryland State Police apologize after being criticized for ‘insensitive’ email

3 Traits Women Who Break the Glass Ceiling Have in Common

More regions of Russia require vaccines for people 60 and up

Botswana Gets WHO Award for Mother-to-Child HIV Prevention Milestone

The latest on the Michigan school shooting

Burger King Celebrates the Whopper With a Royal Deal

Facebook’s Struggle with Disinfo and the Gateway Pundit

U.S. could be unable to pay its bills in weeks as debt limit approaches

Omicron live updates: Vaccinated people make up 'many' of the US cases, CDC says

Penny Stocks To Buy For A Short Squeeze? 5 To Watch Now

From ‘Encanto’ to ‘Flee,’ Animation Oscar Race Heats Up With Mix of Global Contenders

Millions of Afghans Facing Crisis of Hunger and Starvation

This week on "Sunday Morning" (December 5)

US Employers Added 210,000 Jobs in November, Less Than Half of Estimates