USA
Trusted
This article was added by the user . TheWorldNews is not responsible for the content of the platform.

Terrified students apparently hunkered down in a classroom during Tuesday’s deadly school shooting in Michigan — then jumped out the window amid fears the gunman was impersonating a sheriff in the hallway, according to footage shared to social media.

“Sheriff’s office. It’s safe to come out,” a male voice can be heard saying tentatively from behind the door of the Oxford High School classroom during the shooting that left three students dead and eight others wounded, the postings say.

A dozen or so frightened students seen on the clip inside the room are immediately skeptical of the supposed authority figure.

One girl is heard whispering, “We don’t know who that is.”

A student standing by the door replies sternly to the voice on the other side, “We’re not taking that risk right now.”

The male voice pleads, “OK, well, just open the door, and look at my eyes, bro.” 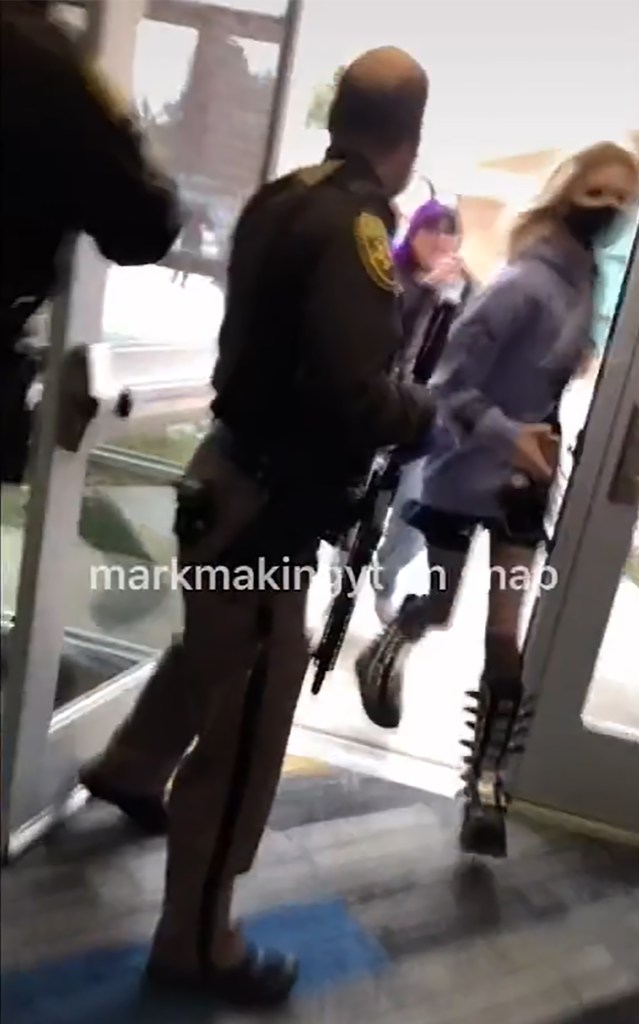 The school shooter was quickly apprehended after police were inundated with 911 calls.

His casual language was enough to convince the students he could not be trusted.

The students then begin jumping out of one of the room’s first-story windows and run through the snow to a main entrance of the high school manned by a uniform officer, according to the footage.

“Slow down. You’re fine,” the officer tells the terrified teens, as the 52-second clip shared to Snapchat, Tik Tok and Twitter ends. 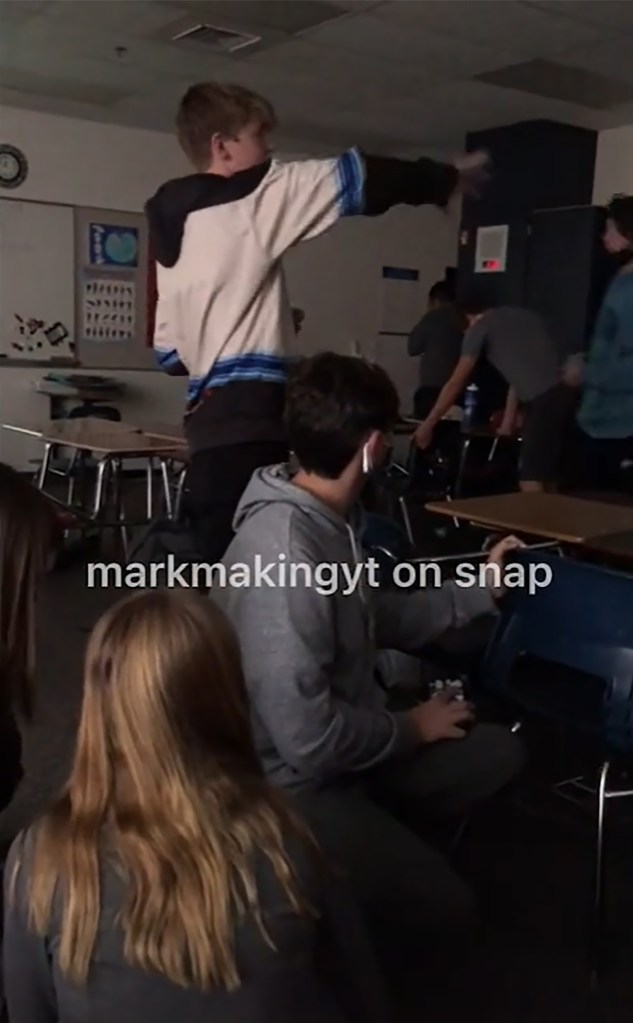 Social media footage shows that Oxford HS students determined the shooter was impersonating a police officer and jumped out the first-story window after the “cop” used slang. 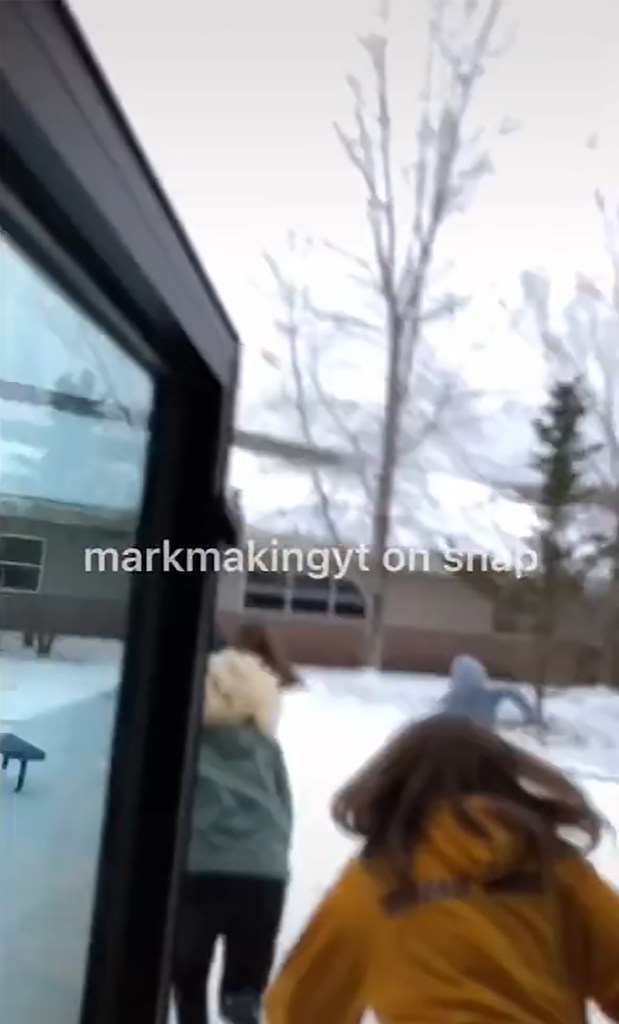 After jumping out of the school’s first story window the students fled to the main entrance which was manned by a police officer.

The alleged gunman, an unidentified 15-year-old sophomore at the school, was apprehended five minutes after a flood 911 calls were made from the school at 12:51 p.m., officials said.

“Deputies confronted him, he had the weapon on him, they took him into custody,” Oakland County Undersheriff Mike McCabe said, adding that the suspect’s motives were unknown. 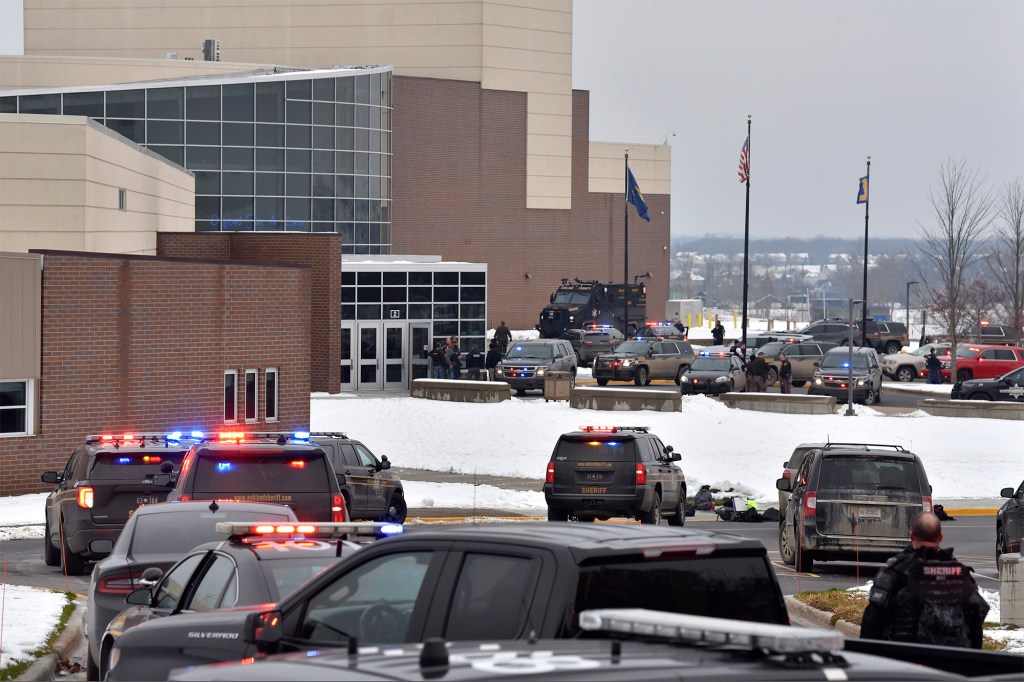 Get creative with this Digi Pen for iPads and tablets, now $60 off

Ricky Gervais Reveals Why He Wouldn’t Host Oscars on ‘The View’: “They Wouldn’t Allow Me That Freedom”

Workout easier with this simple-to-adjust dumbbell set, now $40 off

USC frats must post guards at parties after abuse claims

January 6 Committee asks Ivanka Trump to talk with them

Holly Madison on being ‘gaslit’ while living in ‘cult-like’ Playboy Mansion: ‘You weren’t allowed to leave’

‘Too Hot to Handle’ on Netflix: Season 3 Cast Makes History by Boning Their Way to Rock Bottom

January 6 committee to ask Ivanka Trump to talk with them

Ukraine president pushes back on Biden's choice of words: 'There are no minor incursions'

The Carolinas and Virginia brace for blast of ice and snow

Hollywood production more than doubled in 2021 during COVID recovery

Bronx mom whose baby was shot in the face: ‘It’s in God’s hands’

Cut off by volcano, Tongans relieved as contact restored

Antonio Brown: There’s nothing wrong with my mental health

How to prevent maskne, and 16 expert-approved products to treat it

And Just Like That...'s Latest Episode Has Us Shouting "Justice for Steve" Again

Biden clarifies stance on a Russian incursion in Ukraine: 'Russia will pay a heavy price' if units move across Ukrainian border

Briggs transferring from Florida to Maryland

Will ‘The King’s Daughter’ be on HBO Max or Netflix?

Mariska Hargitay says Benson's 'been in love' with Stabler

This Is Why the U.S. Needs Drug-Pricing Reform

A record 9 million Americans are out sick amid COVID surge

How can you spot a counterfeit N95 or KN95 face mask?

Why you should get a booster even though you could still get Omicron: Scientist

Fauci: COVID Vaccines For Kids Under 5 Could Be Approved By Next Month

US says it will not resume Sudan aid after recent violence

Amazon heads to the mall with prototype clothing store