What is Tesla's 'Tight Wolverine' truck all about? Fox News Autos investigates

At Tesla’s Battery Day event, Elon Musk said the upcoming Texas-built Cybertruck was designed for the North American market, and that if the company ever sells a pickup in other regions it will be much smaller that the planar, angular monster truck. 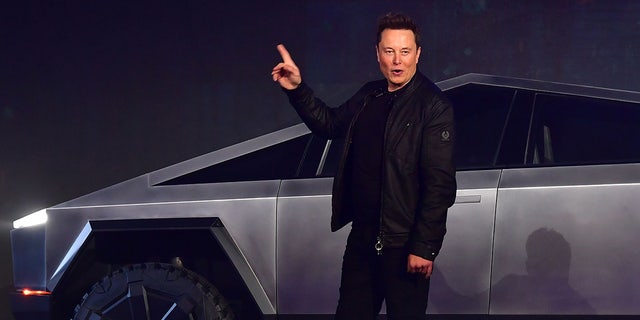 This makes good business sense. While the full-size Ford F-150 reigns supreme in the United States, the best-selling pickup outside of it is the Toyota Hilux, which is closer in size to the Tacoma. 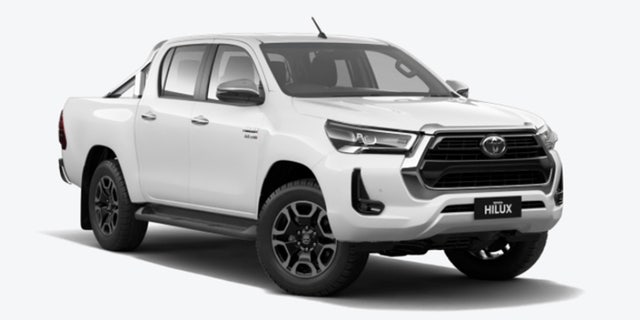 “I think we’ll probably make an international version of Cybertruck that’ll be kind of smaller, kind of like a tight Wolverine package,” Musk said.

But what exactly did he mean by “tight Wolverine package?” Tesla did not respond to a request from Fox News for comment, nor has it for any story since Aug. 2019, but we have some ideas. 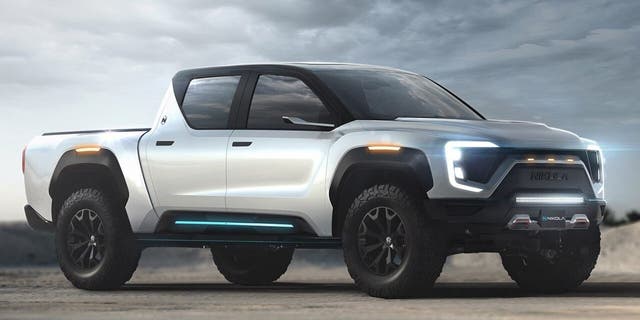 One of the Cybertruck’s possible competitors is the Badger pickup that General Motors has agreed to build for startup Nikola Motors, a company named after the same person as Tesla. Similarly, both the wolverine and badger belong to the Mustelidae animal family of carnivores. In the dog eat dog of the car business, however, Tesla is the alpha of the pair. Nikola has yet to build any production trucks and the recent departure of its founder, Trevor Milton, under allegations of fraud by an outside investor has made its future murky. 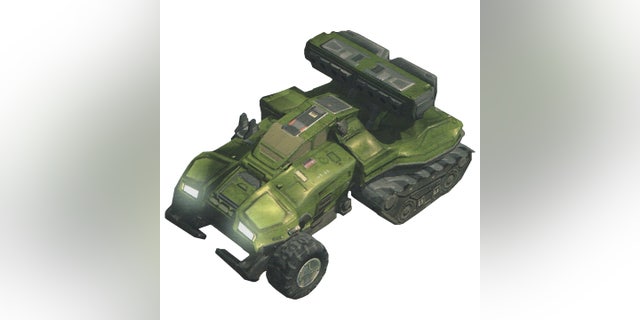 Musk has previously said that the Sci-Fi-style Cybertruck was inspired by video games like Halo, which includes the M12 Warthog fast attack vehicle. But the United Nations Space Command has plenty of other futuristic military vehicles at its disposal, including the M9 Main Anti-Aircraft Tank, AKA: the Warthog. However, the 25-foot long surface-to-air missile-equipped half-track is bigger than the 19’ 4” Cybertruck, so that’s probably not it.

In the real world, the U.S. Military has a gigantic bridge layer called the Wolverine that’s even larger than the Halo vehicle, but there’s a much older military truck that might be closer to what Musk has in mind. 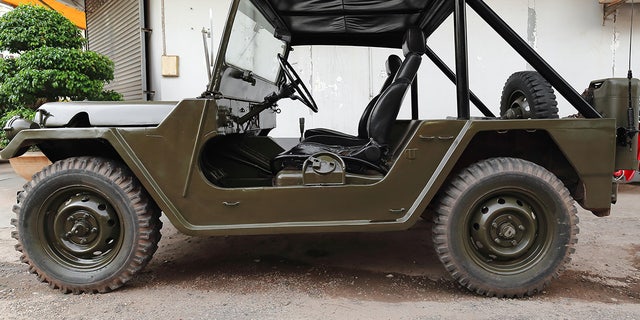 The M151 was first built by Ford for the U.S. military in 1959 as a successor to the Willys MB and MC, but was customized and modernized in 1975 by a specialty vehicle fabrication company in Florida and sold under the Wolverine name. At just about 11 feet long, it's perhaps too small for Tesla's requirement, but turn it into a four-door and put a bed on it and you practically end up with a Jeep Gladiator-sized midsize truck. Perfect. 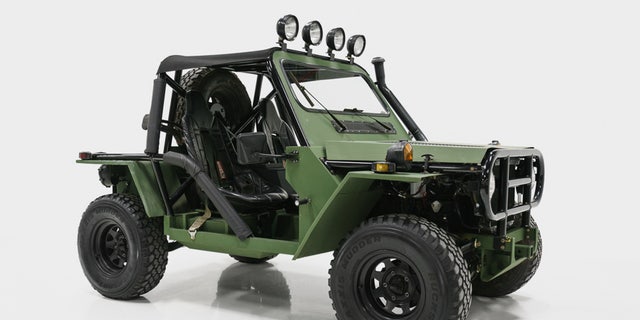 Classic Car Studio owner Noah Alexander, who recently handled one for a client, told Fox News Autos that records about Warthog production have largely disappeared, but from what he was able to dig up, they were apparently built in small quantities for both military and civilian use, with most having been shipped to foreign countries. Could one of them have made its way to Musk’s boyhood home of Pretoria, South Africa, and imprinted itself in his mind as an iconically cool truck? Technically speaking, it’s possible. 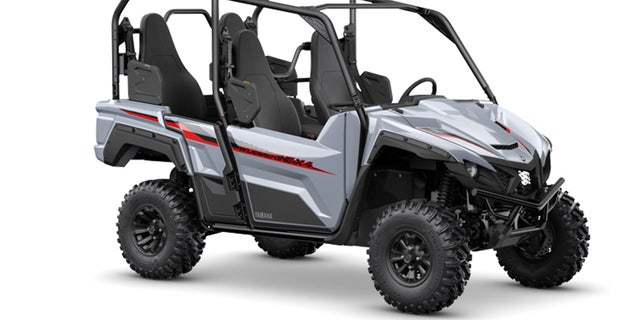 The Yamaha Wolverine isn't a truck, but it is a popular line of side-by-sides, also known as utility task vehicles or UTVs. This is the most likely candidate for what Musk was thinking about, because Tesla has experience with the brand ... unofficially. The electric Cyberquad it debuted with the Cybertruck last November was later discovered to be converted Yamaha 700 Raptor ATV that the powersports company said it didn't have any involvement with. 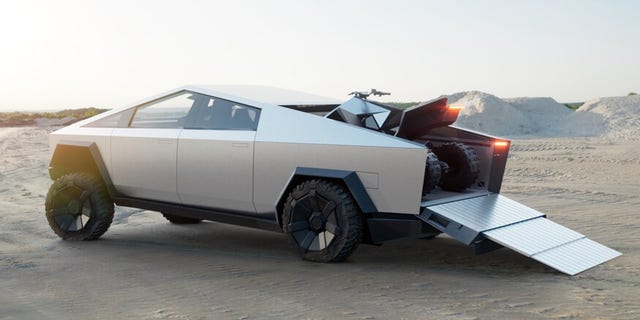 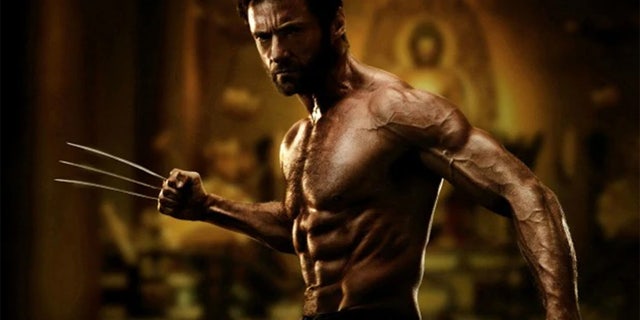 Of course, the first thing that comes to most people’s minds when you say “Wolverine” these days is Hugh Jackman’s depiction of the Marvel character in the X-Men films, and you don’t have to look any further than the jacked actor to find an example of a “tight Wolverine.”

La Liga President on Messi's departure: It won't be a drama for us. And his reputation will suffer
Ronaldo is a fan of the UFC. Rooting for Khabib, training with Conor, signed up for all the top fighters
Only Milan have not lost points this season in the top 5 of the European leagues. Aston Villa lost 0:3 in the
🎮 We made a game about Khabib - fight for him and try to fill up Geiji
Tebas about klasiko: the Game of the best teams in the world. The most important match of club football
Leeds forward Bamford scored a hat-trick. He has 6 goals in 6 Premier League games
Moyes on the spectators in the stadiums: People watch matches in cinemas, why can't they do it on the street?
Source https://www.foxnews.com/auto/teslas-tight-wolverine-truck

Work already underway in D.C. for inauguration of next president

Police officer who fatally shot a Black man in Illinois has been fired, authorities say

Fauci: COVID-19 taskforce only meets weekly despite US case surge

Bangkok Is Engulfed by Protests. What’s Driving Them?

Meet the country's most heroic canine, a Chihuahua that weighs only 4 pounds

Badshah gets sunburnt, skin peels off during Maldives vacation

The Latest: Sri Lanka closes harbors after spike in cases

Bill Maher Rails At Voter Suppression; Says Rudy Giuliani “Gets To Eat The Flies That Land On Mike Pence’s Head”

Boris Johnson used to be the Teflon man of British politics, brushing off scandals, gaffes and mistakes. Not any more

Boris Johnson used to be the Teflon man of British politics. Not any more

For $5, Turn Your Drab Light Switches and Outlets Into Art

World Series: Dodgers Top the Rays in Game 3 With a Stellar Pitching Performance

The Reagan Revival We Need

Vote for the Good Dad this November

A little boy lost his stuffed puppy near a dog spa. So the groomers decided to give the toy a spa day.

This Historic Pioneer House’s Best Feature Is a Curbside Find

Billionaire Ken Griffin, in battle with Gov. J.B. Pritzker over graduated-rate income tax amendment, ups his stake to $53.75 million to oppose it

Florida, where Trump is campaigning, has the third highest tally of coronavirus cases in the nation.

Another horse in Baffert’s stable draws a positive test

Antonio Brown nearing deal with Buccaneers after being out of NFL over year: report

Biden Assails Trump on Virus as the President Campaigns in Florida

Contrasting Views on the Coronavirus from Trump, Biden as Cases Resurge

Tucker Carlson: What we learned at the final presidential debate

Chileans Head to Polls Over Drafting of New Constitution

Fauci, nation's top expert on infectious disease, says it might be time to mandate masks