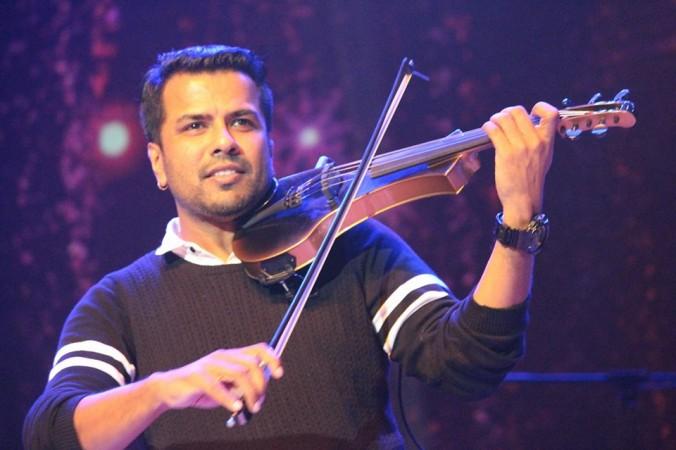 A couple of days back the National Investigation Agency (NIA) arrested Swapna Suresh and Sandip Nair for allegedly smuggling 30 kilograms of gold from the United Arab Emirates to Kerala.

In the official report submitted before the court today, NIA revealed that the smuggled gold was used for anti-national and terrorist activities in the state. In the meantime, fresh reports suggest that the recent gold smuggling case in Kerala is also shedding light on the death of violinist Balabhaskar.

It was on October 02, 2018, that violinist Balabhaskar died following a car accident. Soon after Balabhaskar's death, Kalabhavan Soby who apparently travelled via the accident spot claimed that he saw some people under a suspicious situation during the time of the car crash.

Now, Kalabhavan Soby has revealed that the man he saw at the accident spot was actually Sarith, who was arrested by the customs department a few days back, for his alleged connection in the gold smuggling case. Soby identified Sarith after seeing his images in news channels, following his arrest in the smuggling case.

Seven months after Balabhaskar's death, the Directorate of Revenue Intelligence arrested Prakash Thampi, the program coordinator and manager of Balabhaskar for his involvement in gold smuggling. Vishnu, another close aid of the violinist was also nabbed by the DRI for similar charges.

The arrest of Balabhaskar's close aids shocked many, and it made several people believe that Thampi and Vishnu had apparently used Balabhaskar's fame as a mask to smuggle illicit goods to India.

Now, in the wake of Soby's revelation, Balabhaskar's father has urged the authorities to reopen the investigation of his son's death case. Earlier, Priya Venugopal, Balabhaskar's cousin had also come forward and had alleged that foul play has happened in the death case of the late artist.

Liverpool are close to buying a defender for Olympiakos Tsimikas. Medical check-up-this week
Barcelona intends to sign Bernardo Silva. City can get Semeda
Real are planning to buy Dybala and are ready to include Kroos or ISCO in the deal (Sport Mediaset)
Conte about Inter before the 1/4 Europa League: we Continue to progress, we become stronger
Piontek is Interesting to Fiorentina. Herta wants just over 20 million euros
Barzagli or Grosso will replace Pirlo in Juventus U23
Daudov about Akhmat: I am Sure that the team will Interact better with each new game
Source https://www.ibtimes.co.in/will-kerala-gold-smuggling-case-unveil-mysteries-surrounding-balabhaskars-death-824391

Kunal Kemmu: I've always believed that hard work pays off, for Lootcase it surely did

When it comes to being an efficient management professional, there's nobody better than Anuj Chuke

What is Chicago's Magnificent Mile?

Celebrity birthdays for the week of Aug. 16-22

Dale Tallon, after 10 seasons, out as Florida Panthers’ GM

On anniversary of Michael Brown's death, his father empathizes with Breonna Taylor's family

Crowds clash with police in downtown Chicago after shooting

An all-star economic task force is advising Newsom during the pandemic. Little is known about its work

This Mental Fitness App Can Help You Improve Your Focus

These N95 Masks are Finally Not Sold Out, and Provide Elite Protection

How and when to consider a 'cash out' refinance

In Portugal, probes and attacks a routine for soccer clubs

Want to fix policing? Start with a better 911 system.

US would share coronavirus vaccine with world after Americans' needs are met: Azar

8 people, including French aid workers, killed in an armed attack in Niger

What you need to know about coronavirus on Monday, August 10

Never too late to turn COVID pandemic around, but huge shortfall in funds to fight it: WHO chief

As U.S. and Taiwan Celebrate a Bond, China Responds With Screaming Jets

Barr: The left 'believes in tearing down the system'

America is failing Black moms during the pandemic

Huge Shortfall in Funds to Fight Coronavirus, WHO Says

Why Is China Coming After Americans Like Me in the U.S.?

China Imposes Sanctions on US Lawmakers Over Hong Kong

Simon Cowell Speaks Out After Breaking His Back in Bike Accident

Collin Morikawa: 5 things to know about the golfer

BBC apologizes for use of N-word in news report

Judy Gold on comedy offending today’s public: ‘Everything is not about you’

The always intimate Theatre for One goes online

Mount Sinabung volcano in Indonesia erupts, sends column of ash more than 3 miles into the sky

Irrfan Khan to Sushant Singh Rajput: 2020, the year of most shocking deaths

Heat Advisory from the Plains to the Northeast, fire and heat in West

'There is no playbook': How Trump and Biden are trying to run virtual campaigns during coronavirus

From having a scar to hating chocolate cakes, Kool Kylie Jenner facts that will leave you awestruck

Sally Pipes: Another coronavirus lockdown would hurt these patients and providers

Inside the Wuhan lab at the center of the coronavirus storm

Why Everyone Wants A Piece Of Shift72, Which Has Grown By 400% During The Pandemic