Some Yankees players were upset with video being circulated of Masahiro Tanaka on the ground after being drilled in the head by a Giancarlo Stanton line drive during Saturday’s simulated game at Yankee Stadium.

Aaron Judge could be seen and heard yelling at someone in the stadium about shooting video and later took to Twitter to voice his displeasure.

“I get that everyone has a job to do but continuing to film and zoom in on someone hurt and down in the stadium doesn’t sit well with me!,” Judge wrote. “Doesn’t matter who it is, teammate, coach, or fan! Praying for Tanaka!”

Gleyber Torres joined Judge, writing on Twitter: “I understand that people are doing their job and want to show everything we are doing, I understand that, but showing that exact moment that happened with our teammate does not seem right to us, we feel terrible to see the video in each part of social media.”

Interestingly, most of the video circulated came from the YES Network, which is owned by the team. 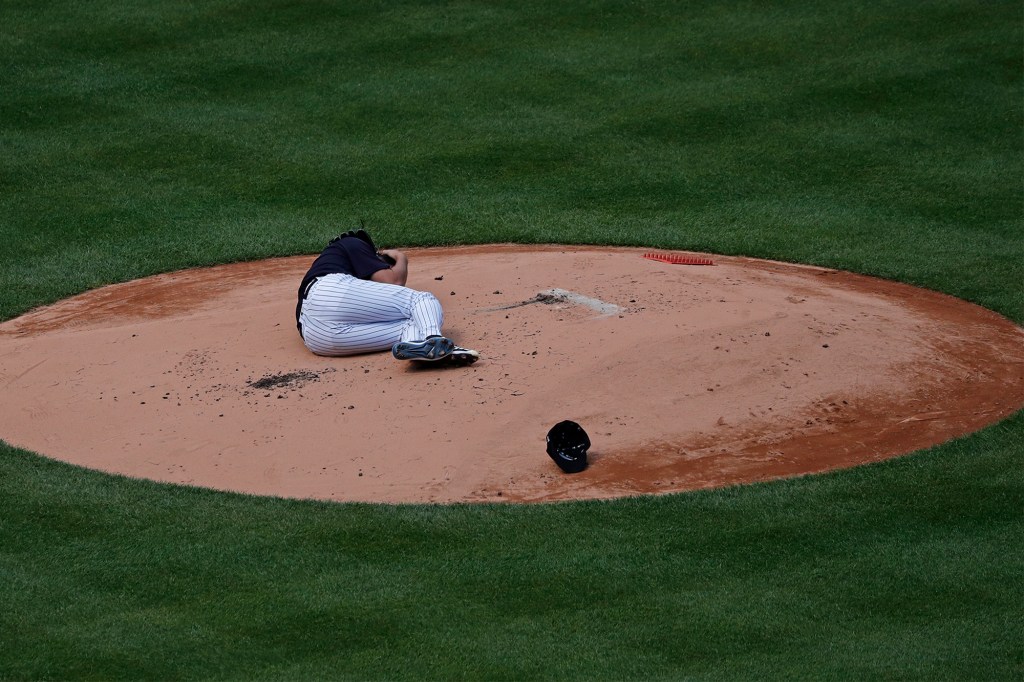 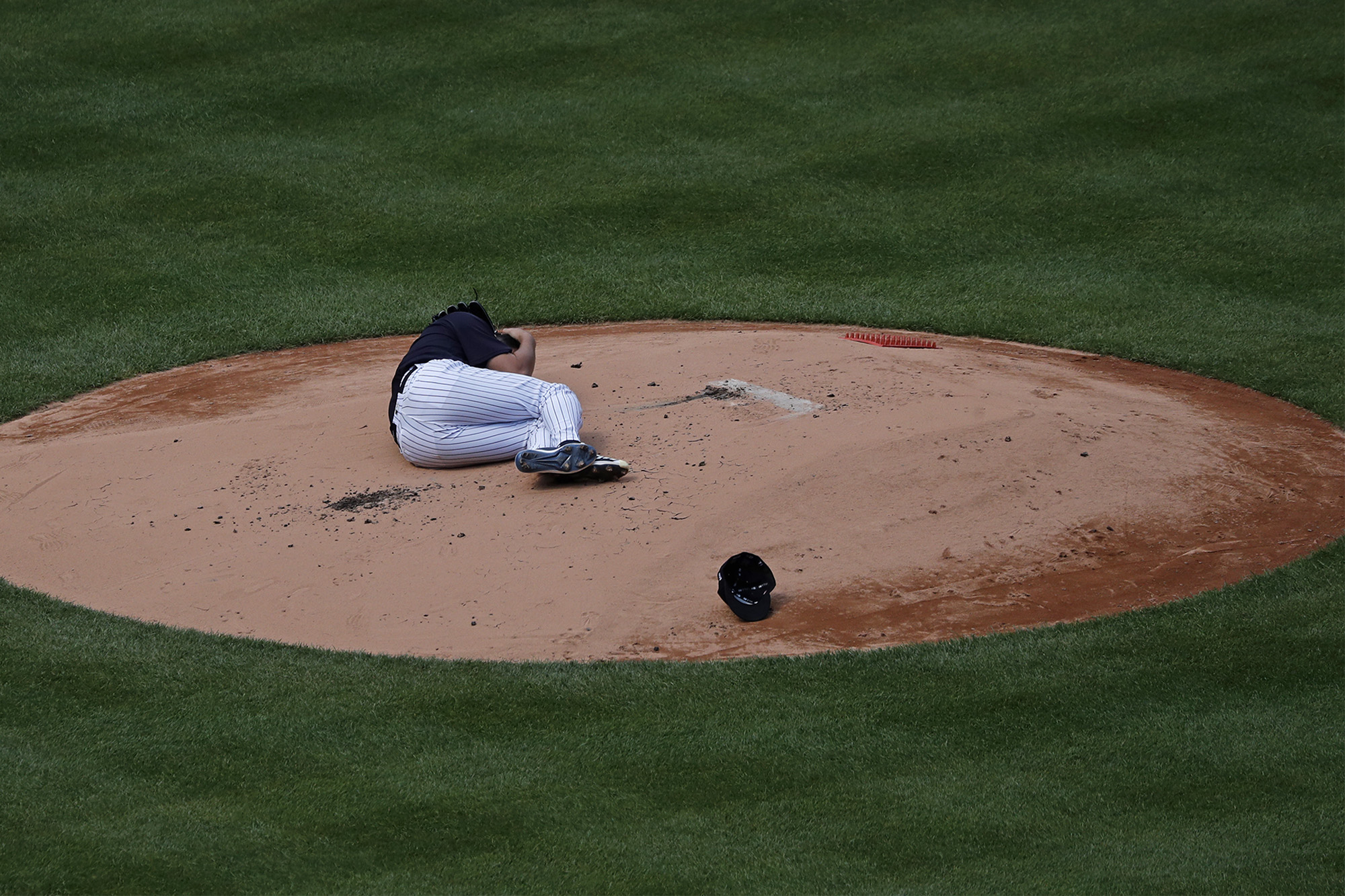 Masahiro Tanaka on the mound after being hit by a line drive today. 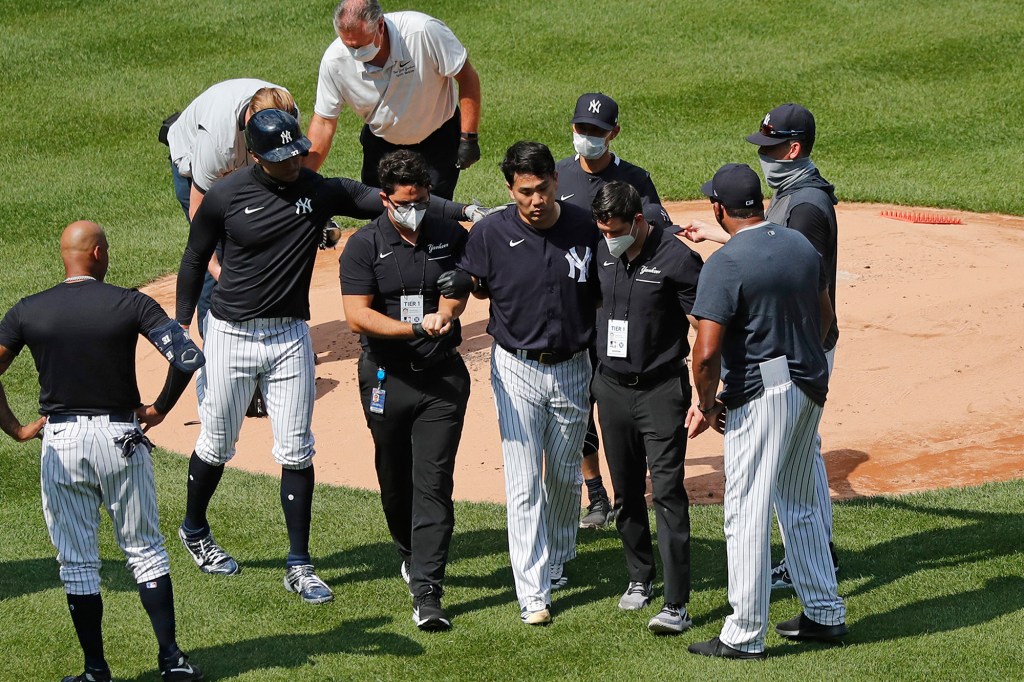 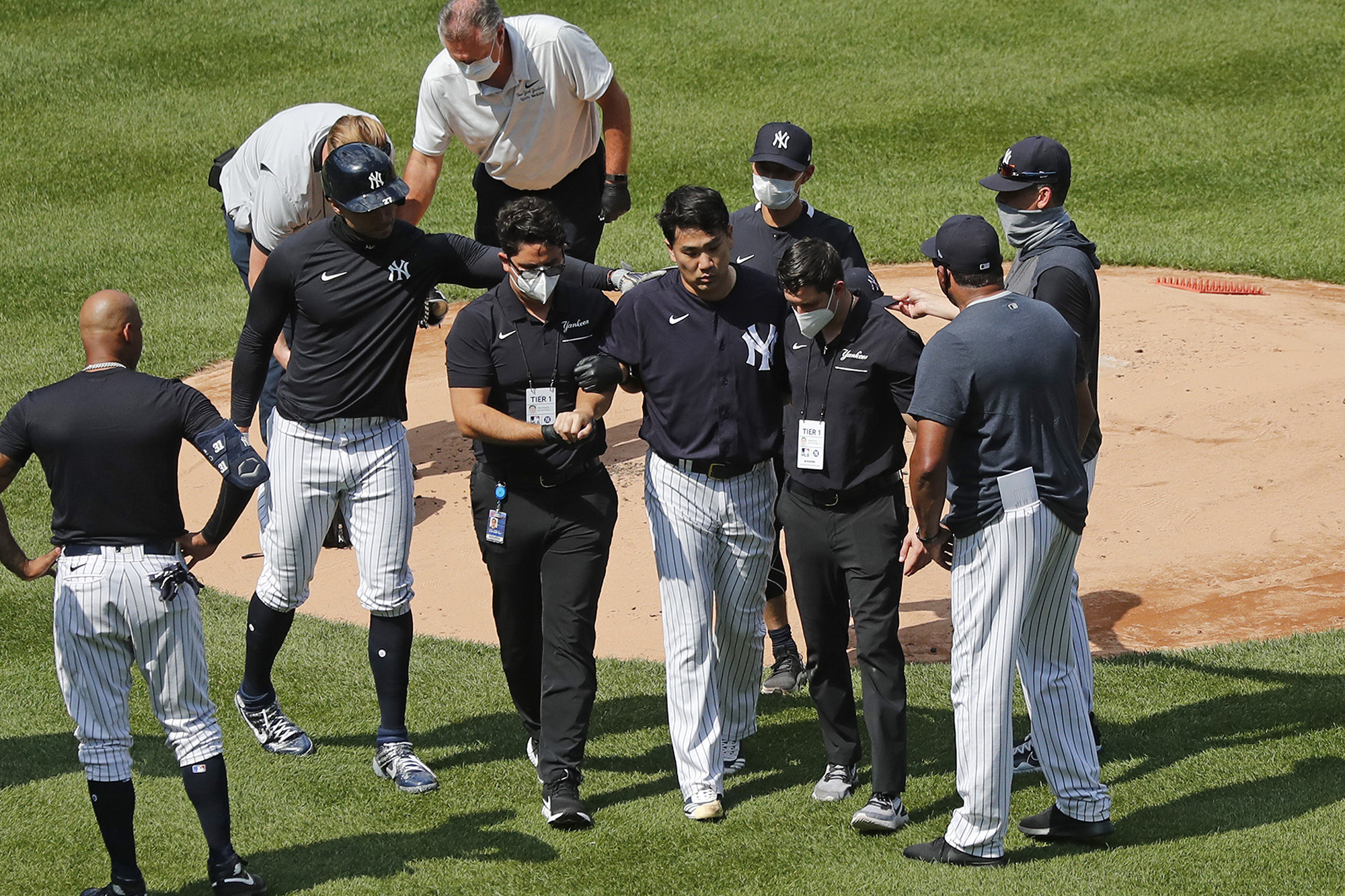 Masahiro Tanaka walked off field today with the assistance of the Yankees' medical staff.

Tanaka stayed on the ground for several minutes and left with the assistance of trainers after receiving medical treatment. The Yankees announced Tanaka had been taken to New York-Presbyterian Hospital for further evaluation and added the right-hander was “alert, responsive and walking under his own power.”

Inter is ready to pay 20+5 million euros for Smalling
Lewandowski is the best player of the week in the Champions League. He was ahead of Messi and Ronaldo
The Leipzig – Atletico match will not be rescheduled, despite the coronavirus in the Madrid players
Yannick Ferreira Carrasco: Atletico deserved to win the Champions League after two defeats in the finals
Sancho flew with Borussia to the training camp. He will probably not move to Manchester United
Bayern have unveiled their Champions League uniforms
Ronaldo is the best player of Juventus in the 2019/20 season
Source https://nypost.com/2020/07/04/yankees-aaron-judge-upset-by-masahiro-tanaka-injury-video-going-viral/

Baltimore explosion kills at least one, traps several in rubble

When Will ‘Perry Mason’ Season 2 Premiere on HBO?

Wayne Co. seniors are dying at twice the rate of older adults in Michigan, study shows

US employers post more jobs in June, pull back on hiring

Country singer Kane Brown got lost on his own property

Over 100 arrested, 13 officers injured after Chicago crowds clash with police in what mayor calls 'straight up' crime

Woman who ripped her eyes out while on meth gets prosthetics

Be Intentional About Diversity

Do Teeter or Colby Die in ‘Yellowstone’ Season 3?

‘She Dies Tomorrow’ Will Validate Your Pandemic Anxiety

Andy Grammer's "Wish You Pain" Music Video Is Guaranteed To Give You Hope: Watch

Foot Locker is booming as people spend their stimulus on sneakers

Will Smith has fans thinking Jason Derulo knocked his teeth out

Apple goes after meal-prep company Prepear over its ‘similar’ logo

Chicago Mayor Lightfoot issues warning to downtown looters: 'We are coming for you'

Couples delaying pregnancy because of pandemic

Potential Kodak deal on hold until "allegations are cleared"

Born with 1 hand, she’s an inspiration in virus fight

Motorcyclist killed in NYC after slamming into dump truck

Food Network chef: How restaurants can survive the pandemic

As College Football Hangs In Balance, Select Players Push Back On Officials’ Move Toward Calling Off Fall Season

Gandhi’s glasses go under the hammer in southwestern England

Test drive: The 2021 Chevrolet Tahoe is bigger and better

‘Game On: A Comedy Crossover Event’ on Netflix: Everything You Need to Know

Review: The man who may have loved Lucy: A novelist imagines a love affair for Lucille Ball

Thunderstorms, wind gusts up to 60 mph predicted for metro Detroit