Yes, it's possible to vote safely in person

WASHINGTON — For months, public health officials have dreaded the prospect of millions of people voting in person as the coronavirus pandemic rages. President Trump’s baseless attacks on voting by mail, as well as his refusal to earnestly advocate for measures like mask wearing, have only made the situation more fraught. The presidential election looms just over a week away. The coronavirus, meanwhile, is picking up force.

And yet voting can be conducted safely, provided that the proper precautions are taken. States that held congressional primaries in September, including Massachusetts, New Hampshire and Delaware, did not appear to see significant case increases, despite record turnout. 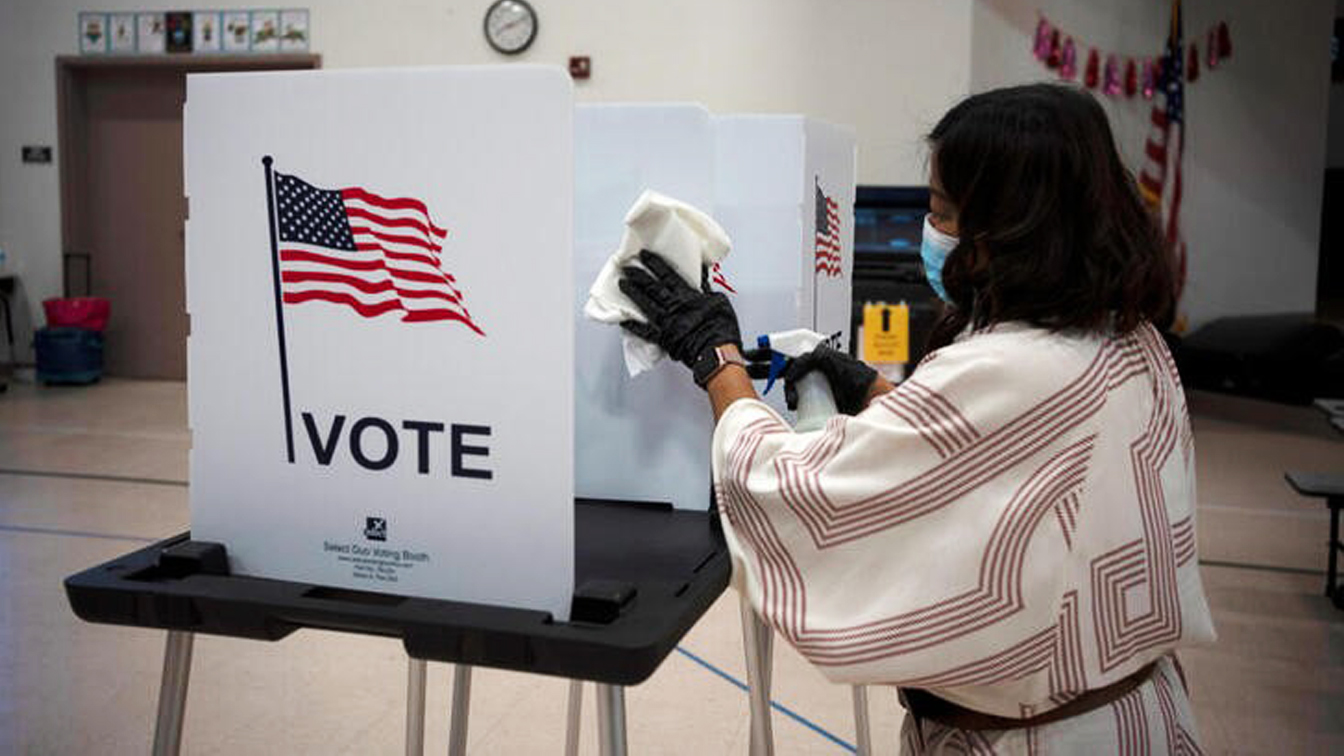 The key factors in keeping people safe? The same ones that public health officials have been stressing for months: social distancing combined with the wearing of face masks and cleaning of high-touch surfaces. Though these would not seem to be controversial measures, Trump has routinely maligned them, casting the scientific establishment as firmly behind his Democratic opponent, former Vice President Joe Biden.

“He’ll listen to the scientists,” Trump recently said of Biden, warning that his opponent would lock the nation down again. Though the president says the virus is on the wane, the numbers indicate otherwise, with the nation recording more than 80,000 new infections last Friday, the highest such number since the pandemic began.

Yet as far as voting goes, the same scientists Trump is convinced are his adversaries have not warned against voting in person, even as they have cautioned against other activities, such as congregating at indoor restaurants or hosting large gatherings for the upcoming Thanksgiving holiday.

“If you go and wear a mask, if you observe the physical distancing and don’t have a crowded situation, there’s no reason why you shouldn’t be able to do that,” Dr. Anthony Fauci, a member of the White House coronavirus task force, said in August of voting in person.

A new study from the Centers for Disease Control and Prevention finds that both poll workers and voters are following Fauci’s advice. The study, published on Friday, looks at how Delaware conducted a primary election on Sept. 15. It did so, the study found, with a high degree of compliance with the measures Fauci and others have advocated. The same measures appear to have been also widely followed in Massachusetts and New Hampshire, though those states were not part of the CDC study. 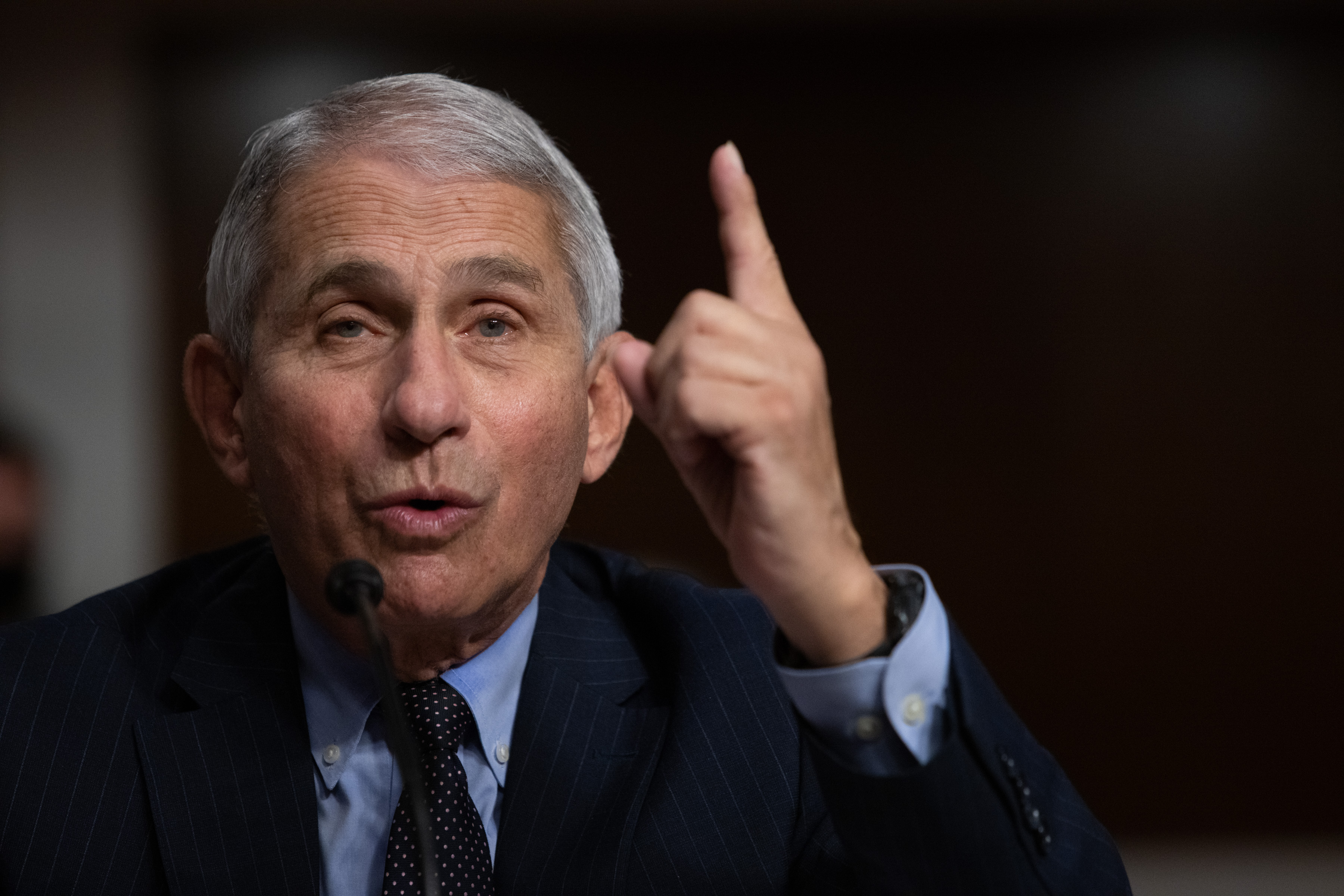 Delaware state health officials confirmed to Yahoo News that the September congressional primary was not a source of viral spread. “While Delaware experienced increases in cases prior to and following the primary elections, none were directly attributed to the primary,” state medical director Dr. Rick Hong told Yahoo News in an email. He called the state’s “widespread use of infection control measures” during the primary “encouraging.”

The study found that “mitigation measures recommended for both poll workers and voters were widely adopted and feasible, but also highlighted gaps in infection prevention control efforts.”

While 98 percent of the poll workers said that “masks were worn by most voters,” some saw people wearing masks incorrectly, which made them ineffective as tools to fight the spread of the coronavirus. The researchers called for “further messaging on proper mask use.”

Eighty-eight percent of responding poll workers said that booths were spread more than 6 feet apart, though fewer than 10 percent witnessed “physical barriers, such as plexiglass shields, at registration desks and between voting booths.” Such barriers have become commonplaces in stores, restaurants and schools.

The 177,529 people who voted on Sept. 15 in Delaware represented a near doubling of voters from 2016. The average incubation period for the coronavirus is five days, but case counts did not spike in the days and weeks following. On the day of the election there were 200 new cases in Delaware. On Sept. 30, two weeks after the primary, there were 80 new cases.

Just days before the CDC study came out, state officials said there would be no mask mandate when it came to voting.

“Masks are strongly encouraged at polling places,” Gov. John Carney’s communications director, Jonathan Starkey, told Yahoo News. “From a public health perspective, everyone should wear them. That’s just common sense during a pandemic. There are legal challenges with requiring a mask to vote. But the rules have not changed from the primary.” 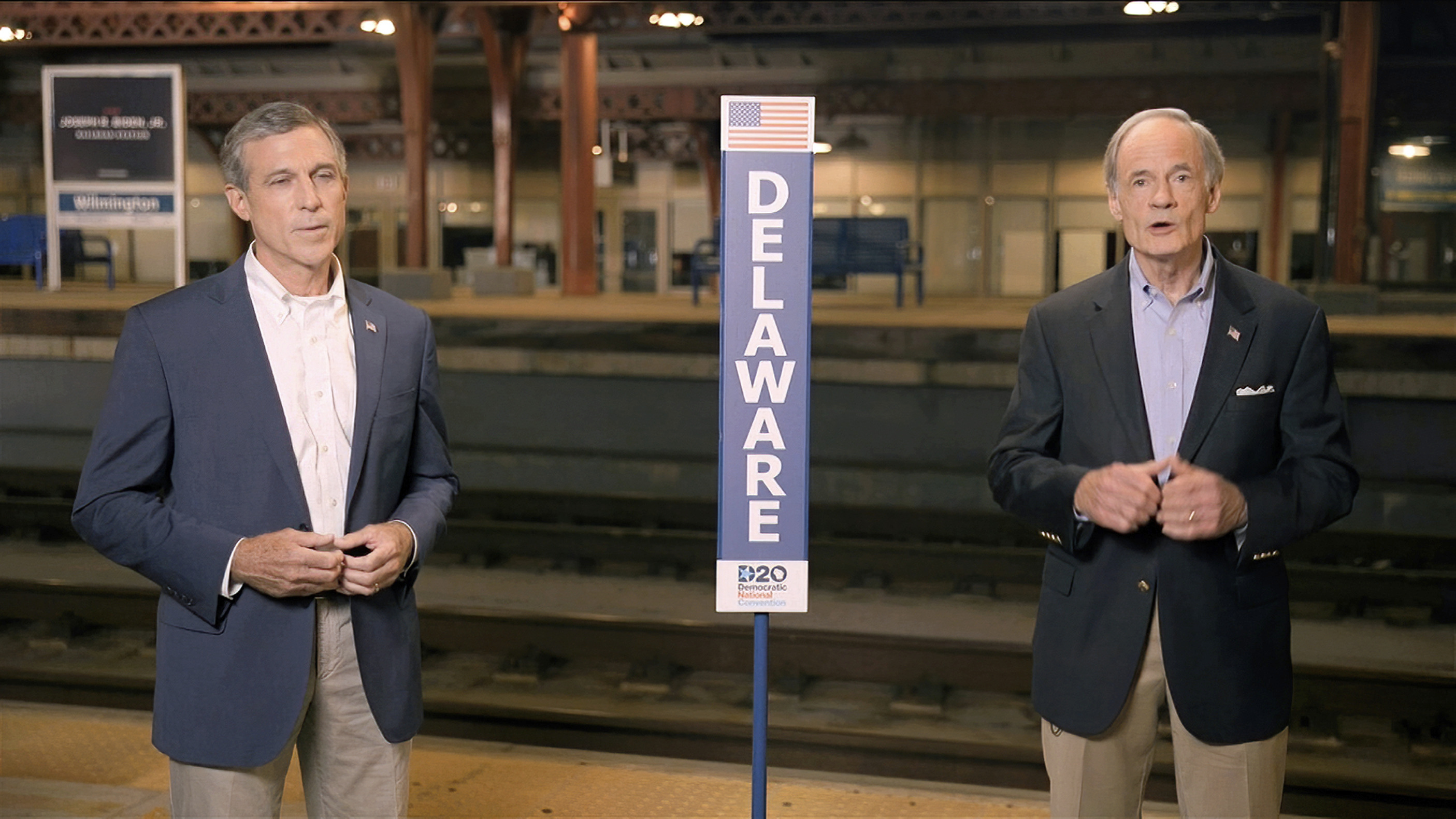 The state’s election commissioner, Anthony Albence, said he agreed completely with that assessment.

Like many states, Delaware is currently seeing a rise in coronavirus infections. Carney has blamed that rise on college students.

Massachusetts residents are all allowed to cast ballots by mail because of the virus, a concession some governors have declined to make. There is not a mask requirement for voting, but the state has some of the highest compliance rates in the nation. That fact, combined with the large share of people voting by mail, kept the primary from leading to a significant rise in cases.

However, there has been a more recent increase in cases in Massachusetts, part of a nationwide trend that worries public health officials.

New Hampshire held a gubernatorial and congressional primary a week later, on Sept. 8. Voters there, as in Massachusetts, were able to mail their ballots, though that process has been described by voting rights advocates as having been made needlessly confusing by state officials.

Though residents of New Hampshire are slightly less likely to wear masks in general than the residents of either Delaware or Massachusetts, they are still among the most likely in the nation to follow that guidance. Cases in New Hampshire did spike in early October, but since the vast majority of people experience symptoms two weeks after contracting the coronavirus, the Sept. 8 primary could not have accounted for that increase.

Although millions have already voted by mail or in person, a surge of in-person voters is expected on Nov. 3. Public health officials will be watching states like Mississippi, South Carolina and Georgia, where there is low compliance with mask wearing and relatively high barriers to voting by mail. The combination could prove troublesome.

More from Yahoo News:
Sign up for the Yahoo 2020 Election Newsletter
Yahoo News/YouGov poll: Biden surges to new lead among likely voters
'Pastel QAnon,' where pro-Trump conspiracy theories meet New Age spirituality
The 15 races that will decide the Senate, ranked
How are there still undecided voters this late in the race?

Maradona is the best dribbler with a phenomenal number of goals and assists. But is it true that he won Serie A alone?
Italian championship. Juventus will play Benevento, Atalanta Miranchuk against Verona, Inter away to Sassuolo
Ex-Manchester United defender Valencia moved to Mexico's Queretaro
Gerard Pique: I always dreamed of becoming President of Barca, but I don't know if it will happen
Rejoice and enjoy life in this mediocre time. Remember the great phrases Maslachenko-join
Ex-Manchester City defender Lescott has resumed his career with racing Murcia of the Spanish 4th division
Lampard on Chelsea vs Tottenham match: We are fighting for leadership, the game will be important. But there is still a long way to go
Source https://www.aol.com/article/lifestyle/2020/10/26/yes-its-possible-to-vote-safely-in-person/24664039/

Biden Win Means Some Guantanamo Prisoners May be Released

As Hiking Surges During the Pandemic, So Do Injuries

Giants and Jets fans can feast their eyes on these prospects

There will be no Pinstripe Bowl this season

Here's how Earth looked to astronauts aboard the SpaceX capsule

Biden’s win means some Guantanamo prisoners may be released

Cindy McCain eyed by Biden for US ambassador to the UK: report

Bidens, DOTUS to be joined by a cat in the White House: report

One dead, another hospitalized in critical condition after mall shooting

One person dead, another hospitalized in critical condition after Sacramento mall shooting

What to Watch When Mike Tyson Fights Roy Jones Jr.

One dead, one wounded in Sacramento mall shooting: reports

Beijing Takes Its South China Sea Strategy to the Himalayas

A Black Friday With Masked Shoppers And Booming Online Sales

NFL orders all facilities to close next Monday and Tuesday

Fantasy football owners should look at Seahawks’ defense this week

No. 7 Wisconsin rolls past Arkansas-Pine Bluff 92-58

Gary Sanchez, Steven Matz among Yankees, Mets who soon could be free agents

Newlyweds killed in car crash on honeymoon to Florida Keys

Best Buy is leaving Mexico and this job offers you 50 thousand pesos to watch movies: Check the most important news of the week