Cases of deafness on the rise, says expert 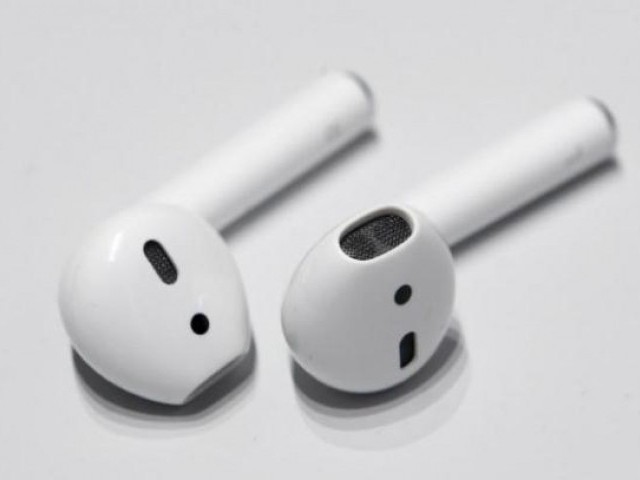 xcessive use of mobile phones, computers, and hand-free accessories to listen to the music at a tender age increases the chances of deafness at a later stage in life. PHOTO: FILE

LAHORE: Cases of deafness are on the rise due to noise trauma caused by the excessive use of mobile phone and other devices by the youth and the children, said Services Hospital’s ENT Department Head Dr Javaid Iqbal.

Talking to the APP on Sunday, he said excessive use of mobile phones, computers, and hand-free accessories to listen to the music at a tender age increases the chances of deafness at a later stage in life.

Dr Iqbal said noise pollution in the urban cities was also a reason for an increase in health hazards. The humongous traffic, use of air pressure horns and loud music increased the chances of deafness, he added. “Administration of gentamycin to children also caused deafness as quacks and inefficient general practitioners (GPs) were unaware of the hazards of gentamycin”, he said. Food adulteration was also a major cause of deafness as it affected the ears besides other body parts, he added.

Replying to another question, Dr Iqbal said traffic wardens and factory workers were more exposed to deafness in the later part of their lives. They should undergo a medical check-up annually, he advised. He was of the view that an awareness campaign on a large scale was needed for school children and the youth besides measures to control noise pollution and food adulteration.

For Russia to succeed in Afghanistan, it needs to rectify a relationship with an old enemy: Pakistan

Indian Terrorism in Pakistan: Intensification of Terrorism against Pakistan by Hindutva India

Climate battles are moving into the courtroom, and lawyers are getting creative

Number of corona recovered patients is greater in Sindh: Bilawal

US, Russia share a complex and bloody history in Afghanistan

Russia to reopen its embassy in Libya, says FM Lavrov

New Zealand mosque shooter to be sentenced in August

‘Country’s sovereignty will be protected at all costs’

COVID-19 situation improving due to better compliance with SOPs: Asad

Rejected politicians trying to save their politics: Buzdar

NUST teams up with Huawei to launch SDN project in Pakistan

COVID-19: US donates 100 ventilators to Pakistan

Taliban, US fail to decide date for intra-Afghan negotiations

Morocco asks Amnesty for proof it used spyware on journalist

PM likely to have meetings with MNAs to show numerical strength

India has no locus standi to comment on GB polls: FO