In historic first, polls in ex-FATA under way 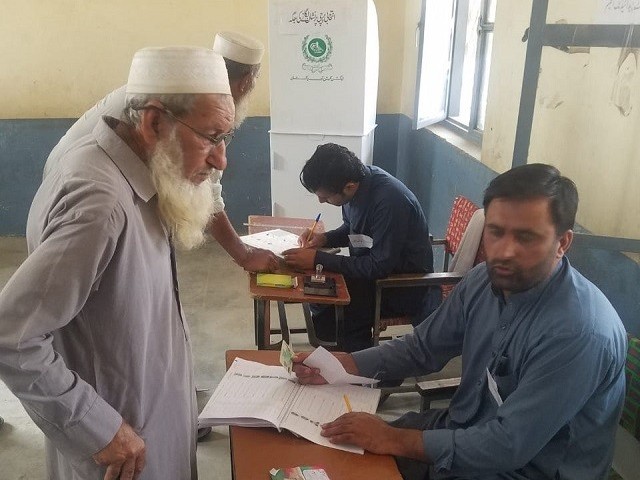 PESHAWAR: Polling in Khyber-Pakhtunkhwa (K-P)’s newly merged tribal districts is currently underway on Saturday as residents exercise their right to vote for the first time to elect representatives with 16 general seats of the provincial assembly up for grabs.

Voters in PK-112 Bannu began polling amid tight security arrangements at the Government Degree College-II. Three polling stations have been set up in the college to facilitate 10,000 voters.

Polling is also underway in two constituencies of the Kurram district in Parachinar. 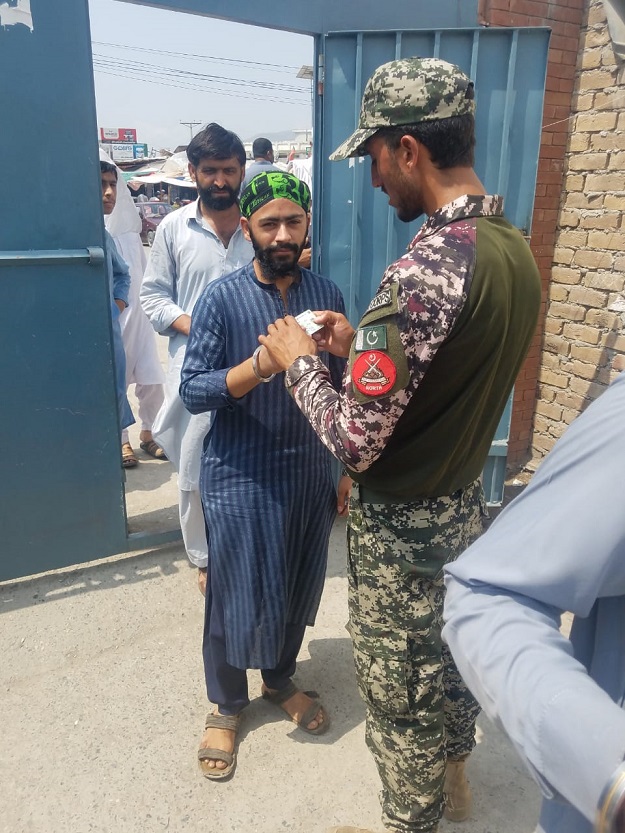 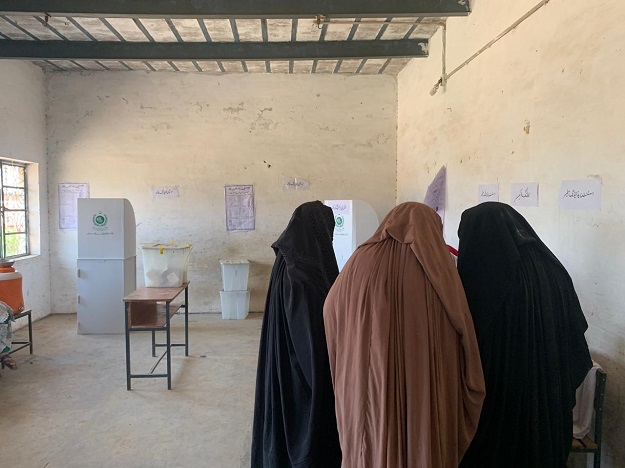 The Sikh community will cast votes in Peshawar, Orakzai and Khyber districts. Over 300 Sikh voters from Peshawar and Hasan Abdal are on their way to cast their votes. 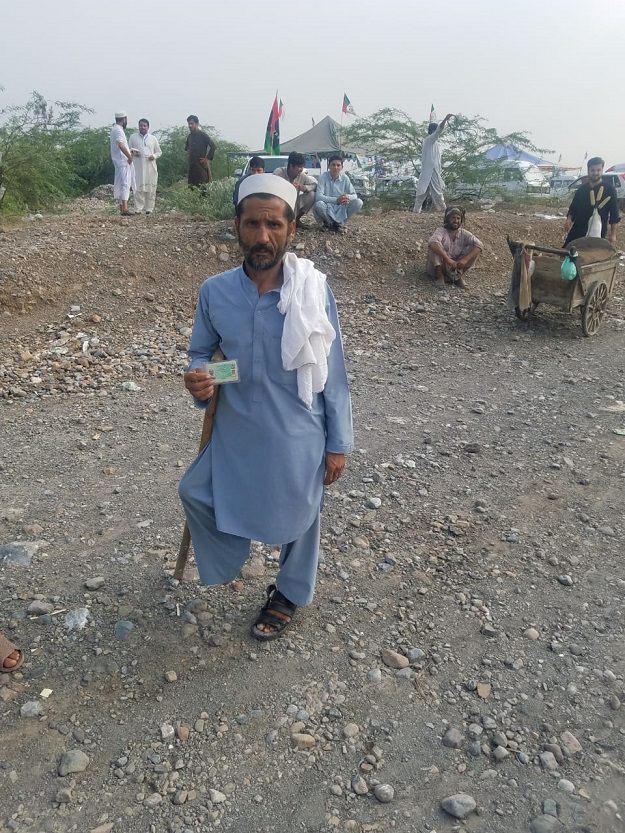 A total of 2.8 million voters from the erstwhile Federally Administered Tribal Areas (Fata) are taking part in the first polls after being merged with Khyber-Pakhtunkhawa (K-P) province in line with the 25th constitutional amendment passed by parliament last year. Earlier, the residents of Fata were only allowed to take part in the country’s lower house polls.

According to the Election Commission of Pakistan (ECP), a total of 285 candidates, including two women, are competing for the 16 provincial assembly seats. 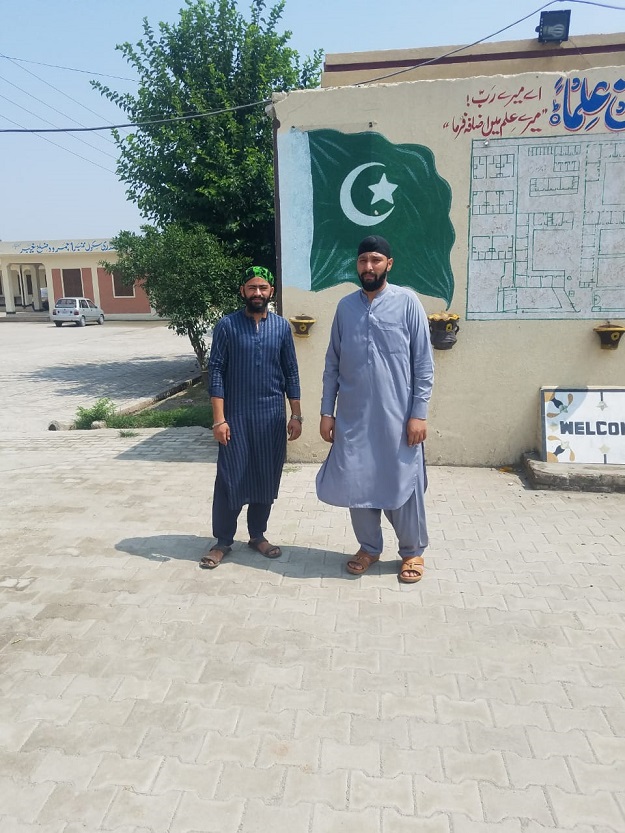 Interestingly, while all major opposition parties are at loggerheads with the PTI-led government in the centre, they have opted for individual campaigns in these elections.

People across the newly-merged tribal districts unanimously agree on the historic value of today’s elections.

Of the 2.8 million voters, 1.67 million men and 1.13 million women, are eligible to vote to elect their representatives for the provincial assembly.  The voting will take place under tight security at 1,896 polling stations, of which 482 are for men, 376 for women, and 1,038 are combined.

In addition to 16 seats, there are five reserved seats – four for women and 1 for minorities – which will be filled in line with the number of votes each party attains in the general polls.

Bajaur district consists of the largest number of voters which is 534,003 followed by Khyber district, which has 532,087 voters. Three seats each have been allocated for the two districts.

The election commission has also given district returning officer (DRO) and returning officers (RO), the authority of magistrate under which, they will be able to take actions against violators of the code of law.

According to ECP spokesperson, after receiving the results ROs will send the results to the provincial election commission.

The poll body has sought the military’s assistance to conduct the elections in the region, which has witnessed threats from militant groups in the past.

Under the special security arrangements for the polls today, Pakistan Army troops will be deployed at highly sensitive and sensitive polling stations while CCTV cameras have also been installed to monitor sensitive polling stations.  In addition to the military, over 10,000 police officials are also being deployed across the region.  Pakistan Army will control the security arrangements.

North and South Waziristan and Khyber have been termed sensitive districts, According to the plan, 2,000 security personnel, including levies and policemen, are deployed in North Waziristan district.

Was a fake hospital set up for PM Modi’s Leh visit?

The toughest of the tough: which role is the hardest in the armed forces?

Dependent Op-Ed: ‘How time travel is possible through the Bhutto–Zardari wormhole’

Peshawar Zalmi to make ‘Ertugrul’ as brand ambassador for team

Brad Pitt wanted to work in a Bollywood with Aishwarya Rai

No need to sit down with US for talks: North Korea

End of globalization: Beginning of ‘made in Pakistan’

Katherine is spotted looking fabulous in an Asos dress

Shahroz Sabzwari and Sadaf will appear together in Eid telefilm

For Russia to succeed in Afghanistan, it needs to rectify a relationship with an old enemy: Pakistan