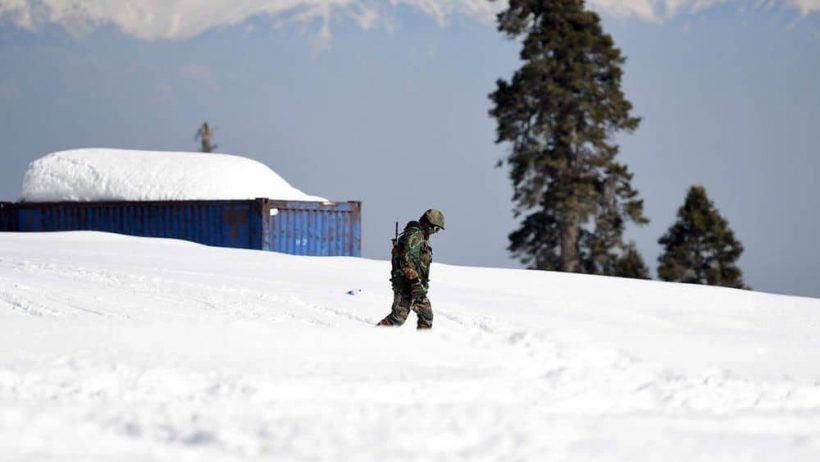 An Indian army officer has gone missing in the Indian Occupied Kashmir with reports suggesting that he slipped in the snow to the Pakistani side of the Line of Control.

Havaldar Rajendra Singh Negi, who joined the Indian Army’s 11 Garhwal Rifles regiment in 2002, fell prey to heavy snow near Gulmarg, Jammu, and Kashmir following which a rescue operation is underway to bring him back from Pakistan.

The incident had occurred in the Gulmarg area at the LoC.

On Jan 8, the wife of the missing Havildar Rajendra Singh Negi was told over phone by the Indian army that his husband had been missing.

According to the reports, Negi had accidently crossed the Indo-Pak border after being slipped on the snow.

There has been no comment so far from the Pakistani authorities on the matter.

Negi’s family was left bereaved after his wife, Rajeshwari, received a phone call from the soldier’s unit telling her that Negi was missing and may have ended up in Pakistan.

According to Army sources, the search and rescue operation of Negi was underway and all attempts were being made to bring him back safely from Pakistan.

Negi, a resident of Ambiwala Sainik Colony in Dehradun, had joined the 11 Garhwal Rifles regiment in 2002. He had arrived in Dehradun in October for a month’s vacation and was posted to the snowy area of Gulmarg in November.

It is not clear whether the missing soldier has been detained by Pakistani authorities.

Earlier this week, tensions heightened between the two nuclear-armed rivals when the new Indian army chief, Gen Manoj Mukund Naravane said his force would take steps to take control of Azad Jammu and Kashmir (AJK) if the Indian government gave such an order.

The Indian army has assured the family that it is taking all possible steps to ensure Negi’s return. The search for him is under way.

No lab in country can detect coronavirus

Agha Ali on link up rumours with Hina Altaf

Djokovic puts on serving masterclass to breeze past Nishioka

Where did peacocks use to hop, why deaths dance today?

Sufi Night to be held at PNCA today

Conservationists try to save underfed lions in Sudanese wildlife park

Mathematicians devise formula for how to brew the perfect Espresso

PNCA to show solidarity with Kashmiris

Light rain in capital today as mercury drops to zero

Mobile registration to be valid for seven days

UAF to provide certified seeds to farmers from next Rabi season

Shortage of flour not in Sindh province alone: Saeed Ghani

Pakistan will be out of FATF grey list if case taken on merit: Qureshi

Ex-food minister lashes out at govt over flour crisis