Sisters Last Walk – One Dies, Other In Hospital

It was a normal Sunday walk to shopping for sisters Arti Chand, 35, and 26-year-old Archana Chand, but little did they know it would be their last together.

The boyfriend, only known as Vicky, suffered minor injuries and was treated at the Valelevu Heath Centre.

Eyewitness Anjila Lal described what had transpired in a matter of minutes.

“When I heard a loud and smash­ing sound I ran out of my house. I saw the… vehicle hit them and the girls were flung under a parked car.

“We thought the girls had died at the scene, however we could still see them breathing.”

Ms Lal said her son rushed out with a blanket, which another man took to wrap the girls with be­fore they were taken to the health centre then rushed to Colonial War Memorial Hospital in Suva 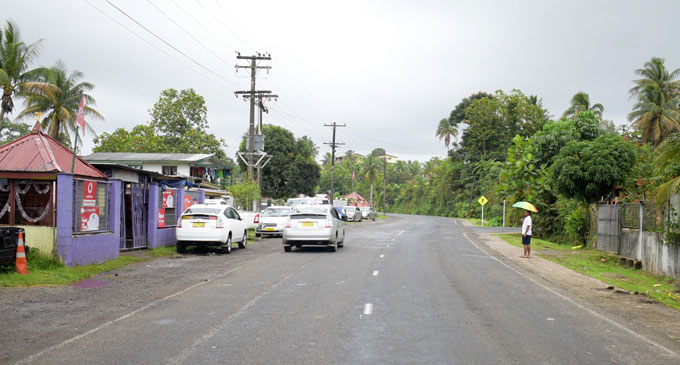 “The vehicle seemed to be trav­elling at high speed when it hit a tree, rammed into the gate of someone’s compound and then hit Archana, Arti and Vicky,” Ms Lal said.

“Because of the impact, they were flung across the road.

“I know the girls, they had grown up here. Both their parents have died and they lived with their brother and sister-in-law.”

Their brother Sushil Chand said that he was at work when the sad news reached him.

He dropped everything and went to the scene.

“I arrived late at the scene, it is heart-breaking that I could not see them,” Mr Chand said.

His wife Litiana Marama was in a state of shock when she spoke to the Fiji Sun.

“Both sisters had been prepar­ing to go shopping and they were so excited that they did not even cook,” Ms Marama said.

“They wanted to buy food from Max Val-u. Unfortunately, they had not reached the shopping cen­tre when the incident happened.

“We came to know when we were told by a neighbour, who was at the site of the accident.”

Mr Chand confirmed that his younger sister Archana had passed away at CWM Hospital and Arti his older sister was in the In­tensive Care Unit (ICU).

“All fatal incidents will only be classified once post-mortem ex­amination is conducted,” she said.

This is the best Milan in years: superkambekom with Juve (3 goals in 5 minutes!) saved the intrigue in Serie A
Zlatan Ibrahimovic: I am the President, player and coach! If I had been in Milan since the start of the season, we would have taken the scudetto
Sarri on the defeat by Milan: we played first-class football for 60 minutes. Then-turbidity
Pioli on the victory over Juve: Milan became a team. We can play even better
Pioli beat Juventus for the first time as a coach
Vardy has scored 10 goals for Arsenal in Premier League matches. Only Rooney has more
Ronaldo scores or gives an assist in 17 consecutive Serie A matches, where he scored 25 (21+4) points
Source http://fijisun.com.fj/2018/09/17/sisters-last-walk-one-dies-other-in-hospital/

Emissions From Smaller Boats Need To Be Addressed

Bus Fare Assistance Is A Blessing In Crisis, Says Father Of 7

Factual Numbers: Setting The Record Straight On What Our National Leaders Get

Stepfather Gets 12 Years For Digital Rape

Rabuka Out As SODELPA Leader, Party In Constitutional Crisis

Raid Results In Seizure Of Drugs In Samabula, Man To Front Court

Tailevu: Train Or Out

Drunk, People Loitering For No Valid Reason Amid Curfew Arrests

Fijian Missing In France For Over A Month

Up Close With Kean

Talei, Baking Her Way To A Bright Future

COVID-19: Fiji Muslim League And Sanatan Step In To Assist Students Whose Parents Have Been Laid Off

Where Does Rabuka’s Loyalty Lie?

Only 200 Teachers Paid Under MY APA: Fiji Teachers Confederation

What Do Your End Users Think Of Your IT Services?

Re-Evaluating Youth Climate Action In The Face Of A Pandemic!

LANDS FATAL BLOW: Frank Bainimarama correct to tell native Fijians in Savusavu that their lands are no longer THEIRS if their chiefly forebears had exchanged them for GUNS and LIQUOR and deals were, ah, LEGAL

Raj Revives Talent After Being Laid Off

Microplastics Affect Pacific Peoples’ Health, ‘People May Be Consuming A Credit Card Worth Of Plastic Per Week’

Probe On MPs: And Then There Were 9, FICAC Search SODELPA Party HQ

India-China Face-Off: Was it Inevitable?

$6.95 Million Worth Of Marijuana Plants Found In Kadavu